Some might say I have a cynical streak (moi? never!) but these engagements have brightened my very dreary (and slightly moody) day…cuteness!

I reckon their story will make you feel a little bit of happiness too…
Noah knew that he was going to marry Christina; it was just a matter of finding the perfect way to ask her.  Noah had always wanted to write his own children’s books.  And what a perfect way to begin down this road with a fairy tale about him and his future wife.  After months of plotting, writing, and drawing, he was ready.  It was July 25, 2008 and Noah and Christina went to dinner with some friends.  After dinner they decided to head to The Shoppe, a cute little cupcake shop that they frequented.  They sat down in front of the flat screen TV and Noah begins to read a story while illustrations were projected on the screen behind him.  Noah had written his fairytale to tell Christina how much she meant to him.  Noah then got down on one knee and presented her with her engagement ring on top of a cupcake, asking for her hand in marriage.  She of course said yes and Noah and Christina had the perfect storybook beginning to the rest of their lives.

Thanks Michelle, you have brought a smile to this blogger’s face! 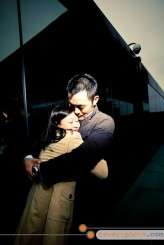 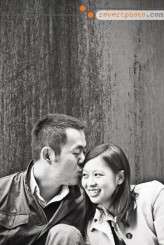 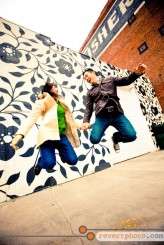 I've got a second picnic-themed engagement session to share with you today, however you'll forgive my repetition when you see these bad boys. Cupcakes + tattoos + bicycles + bunting + everything awesome you could want in one session = LOVE! Candace & Tyler are way.too.awesome. he even calls her 'Cupcake' AND she has the word tattooed on this inside of her fingers. Oh swoon swoon swoon... I can't wait to see/blog their wedding. I might die with anticipation.