I am super excited today as not only have I got a plethora of amazing stuff to share with you in the next few days but myself and David have decided the winners of the free wedding photography contest! I will be announcing the winners on here as soon as I have told them!

I really loved featuring Emily’s first inspiration board on Monday and it seemed you guys did too..so hold on to your hats, here comes round two..

Hello again!  Today’s board was inspired by the tattooed bride in the top left corner – I love the juxtaposition between her tattoo and her pearls, and tried to strike the same balance in my board.  This wedding is elegant and restrained, vintage and at the same time sort of modern, I think.  Try a fabulously feathered headband for the bride, a dark suit and skinny tie for the groom, unexpectedly mod calligraphy on envelopes, and spiky echinacea in square mirrored boxes as centerpieces.  A classic car borrowed from a friend or auto club is a stylish – and inexpensive! – getaway. 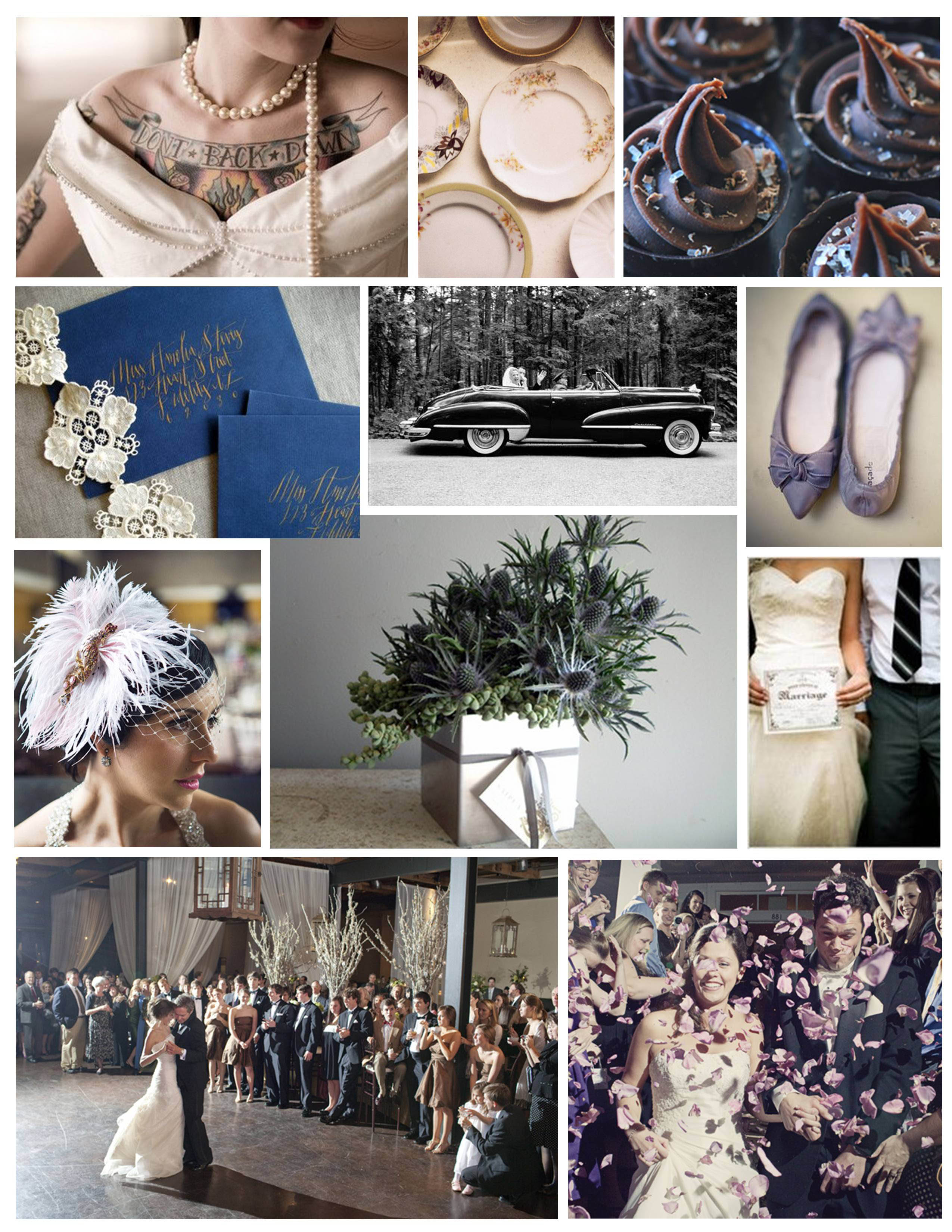 Fourth row:
First dance and confetti exit photos by Our Labor of Love

Ashley & Hunter's wedding had me smitten as soon as I saw it. They went for a fun fair theme with brightly coloured and fun pinwheels, noise makers, rock candy, pumpkins and a BBQ from Buz n Neds Barbecue. This pair both have a self-confessed obsession with shoes so Ashley wore an amazing pair from Betsey Johnson with a Marylin Monroe portrait on the sole and Hunter wore red, black and white high top Vans that matched their brightly colored wedding...the bridesmaids even wore red pumps to match. Ashley dress and veil were XX and teamed it with an amazing antique brooch which she found at Ant Hill Antiques in Carytown in Richmond, Va. Their flowers were vibrant and sunny to match the theme and the bridesmaids all wore their own purple mis-matched dresses.