I was sad because I could only find these two images from this gorgeous looking wedding last week..but now I am happy because the photographer recognised my plight and sent me more from this amazing wedding!

I asked Nigel to tell me a little about himself and the couple, and he did it so well that I’m not going to try and re-write his words..so here they are in all their glory

I am a wedding photojournalist who captures the real moments of a couple’s special day. My style is completely candid and un-posed, and I have an eye for the unusual. Couples looking for something different come to me, because they know I shoot alternative unions (be they in the form of weddings, civil partnerships or parties) and they know I will listen to their needs & take care of them.

I worked as a fashion stylist for several years before moving behind the lens, so I love it when couples with a strong sense of style approach me with their own unique take on a wedding. It’s something I can really get my teeth into. The people that tend to use me like to break the mould, even if it’s only a little.

The bride [in this wedding] had a strong sense of style, whilst her groom was much more conservative. She had this fabulous dress as you can see, and she just lit up everyone around her, wherever she went. The couple decided to hold their wedding over two days; the first day being just the service and a meal for family and close friends, and the second day they threw a huge party at The Groucho Club for everyone they knew. Their choices of clothing and the venues really put an alternative touch on the whole affair. A wedding that will be remembered.

I hope you like these photographs as much as I do.  Big up the UK photographers! 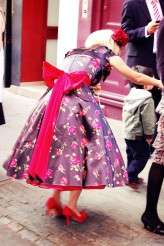 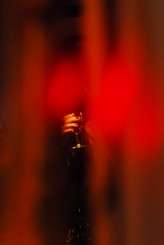 Kacii and Jay Jay married at Mansfield Traquair, Edinburgh. Known locally as 'Edinburgh’s answer to the Sistine Chapel', the exquisite, neo-Romanesque former church was an opulent setting for their March celebration. The couple made it their own, wanting a more casual, fun affair than is usually held there, so they eschewed the traditional expectations and did things the way they wanted!