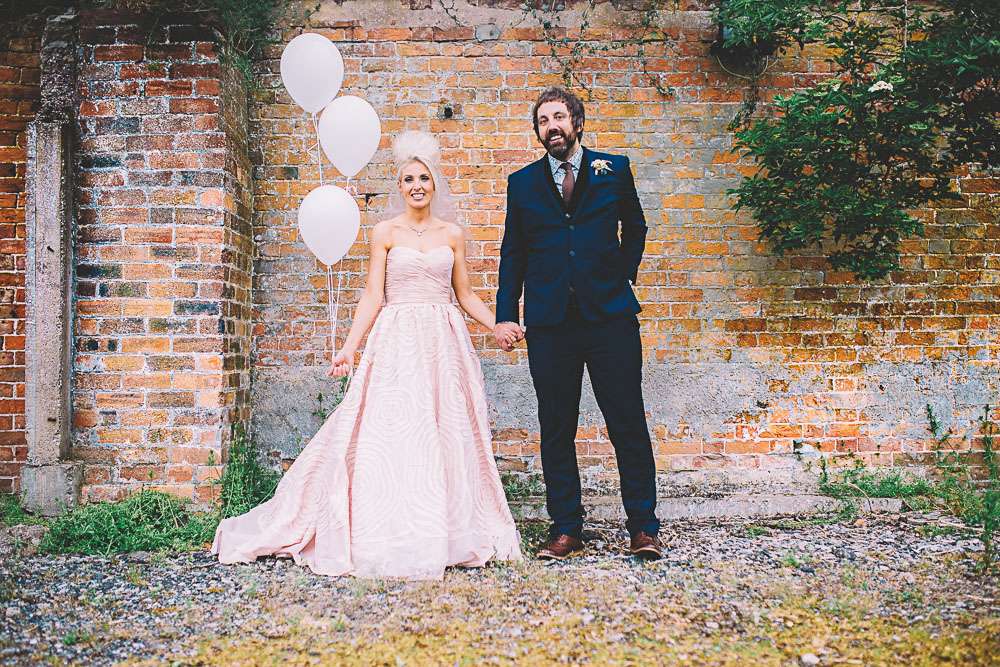 There were parts of Becky and Stewart’s wedding that were traditional – the grand manor house, the toastmaster, the order of the day, and others that couldn’t have been more Rock n Roll. The bride wore an incredible blush pink wedding dress and veil, their portraits featured smoke bombs, and there were nods to their mutual love of music throughout. This wedding goes to prove that you can intertwine the wedding traditions that you like with the alternative elements that you crave and it will still totally work! 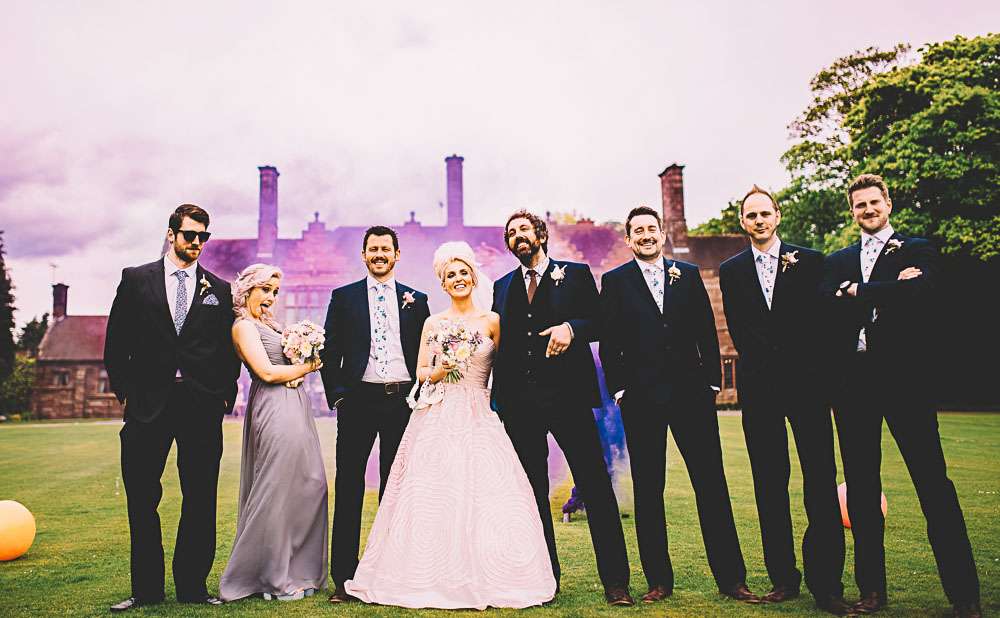 The day was held at Wrenbury Hall, Cheshire. “The inspiration for our wedding was our favourite artists”, said the bride. “Our wedding was also truly about us! My sister Hannah is a DIY Queen and she made the table plan themed around records and our favourite artists including the Chemical Brothers, David Bowie and Kasabian. We used vinyl LPs from a charity shop instead of a guest book and on the Blondie one we’d swapped Debbie Harry’s head with mine and the other heads with Stew!” 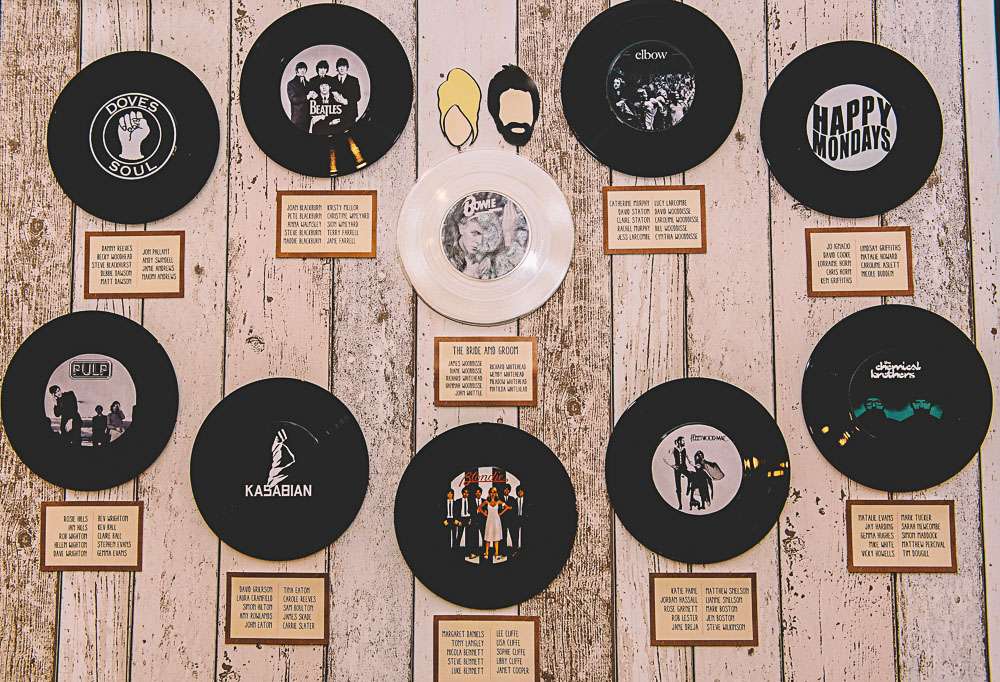 “Our biggest expense was the flowers. I chose them to suit the country setting but I also wanted them to be quite haphazard. We also loved our pork pie cake. It has been quite the talk of the town! We got it from by Cheerbrook Farm Shop.” 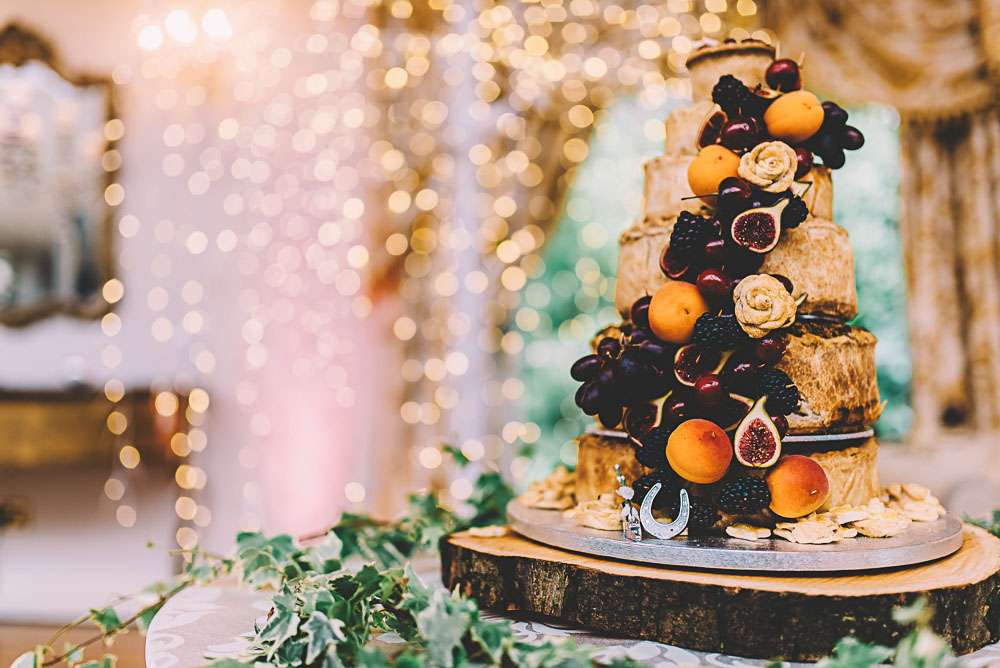 “My advice to other couples would just be to take your time to decide what you really want of your day”, she concluded. “Be yourselves and DO NOT CONFORM to bridal acceptance or wedding normality. It’s your day so remember to enjoy it!” 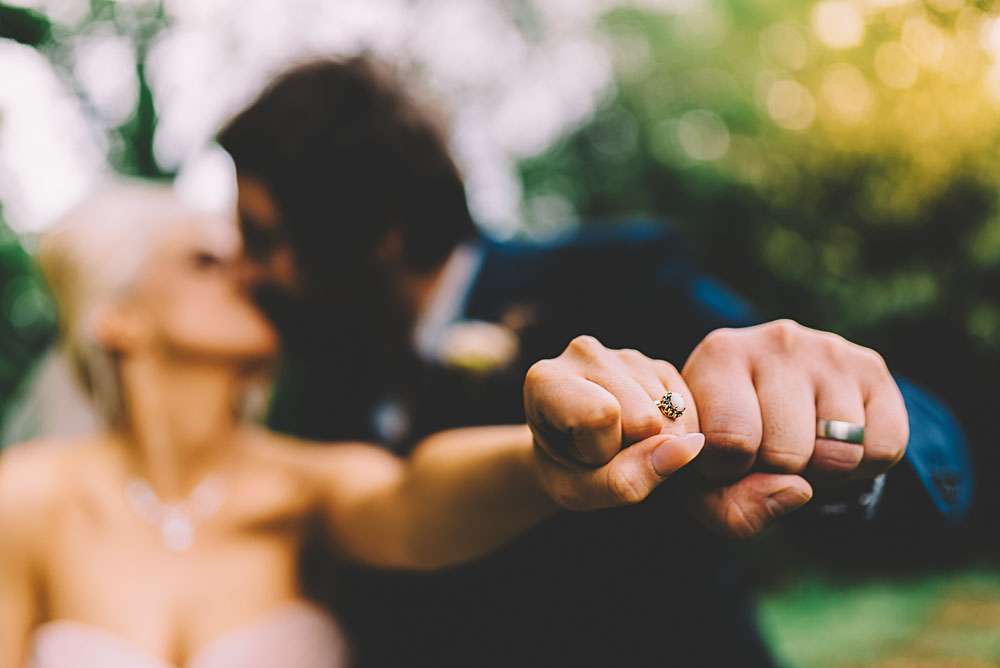 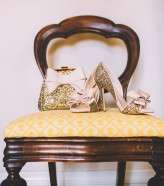 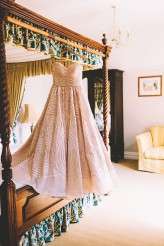 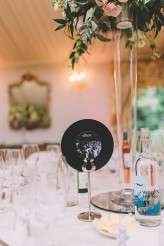 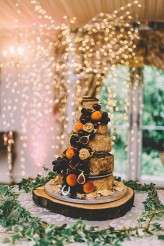 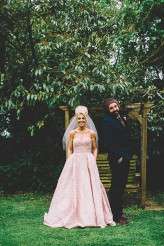 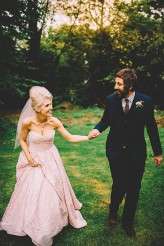 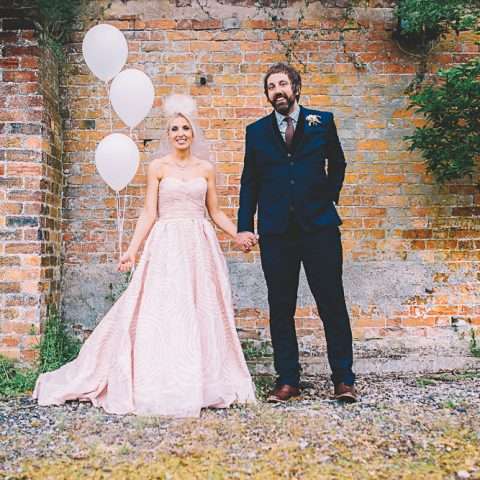