I get very over excited when I receive emails from newlyweds who have taken the time to want to share their amazing wedding day’s with me…it make me feel like less of a wedding loser here on my computer on my own anyway!

I received such an email this morning from the very sweet, Veronica Daylight (her stage name, she and her husband Derek – don’t you just love saying that Veronica, are both musicians so they had a very character-filled, stylish and super fun looking wedding!)  The sneaky couple got married on the 7th February but told their guests it was an engagement party – but when they showed up it was the actual wedding!

The wedding took place at Veronica’s favourite bar called The Thirtynine Hotel  (I would have totally done this too, but my favourite bar, and in  fact the one me and Gareth met in defiantly wouldn’t have been suitable for a wedding – sticky floors, rude words all over the walls and snakebite and black to drink!..although we did joke about doing it there when our venue cancelled!)

This wedding had a bird and feather theme as the couple both have swallow tattoos and love all things birdy. I adore all the feathers in the bouquets – super stylish!

For more of this wonderful wedding, check out Veronica’s Flickr, here are just a few of my favourites… 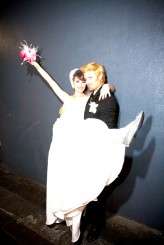 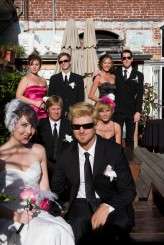 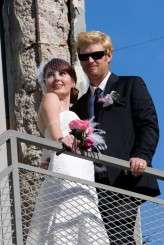 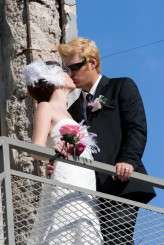 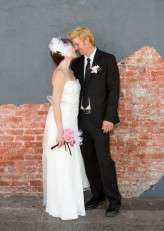 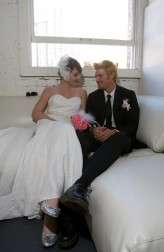