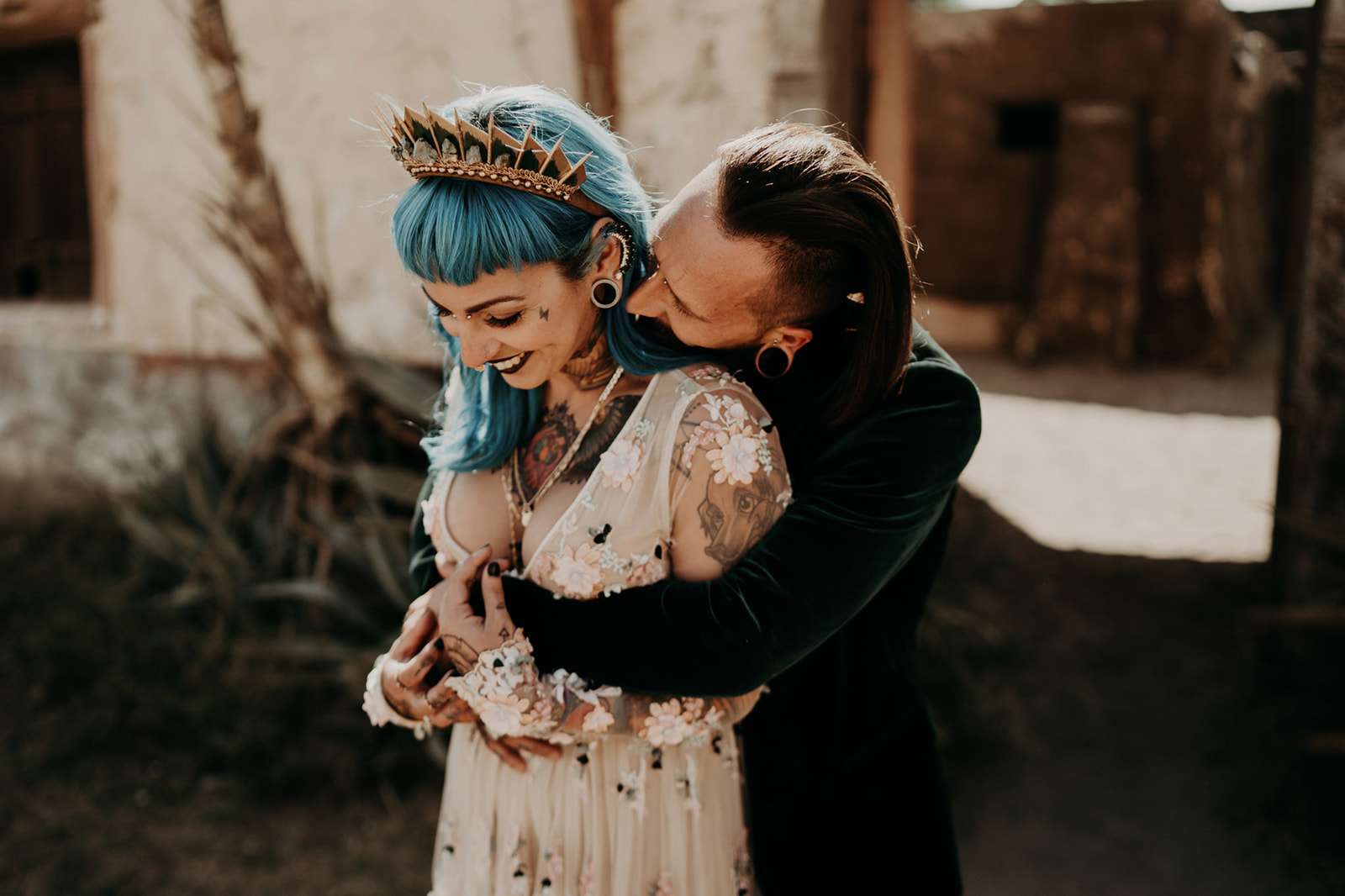 Publishing real weddings is my favourite. I love to read their stories, hear all about their celebration and swoon over their creative ideas! So, when I first found out this was a shoot, and not a real elopement, I was a tad disappointed. However it turns out that models Aida and Ismeal are a real couple, and the emotions you see in these INCREDIBLE pictures are 100% real… even if they didn’t officially get hitched. Good enough for me!

These photos, by the super talented French photographic duo Beatrice and Jeremie aka The Quirky, are out-of-this-world stunning. Of course we had to publish them!! 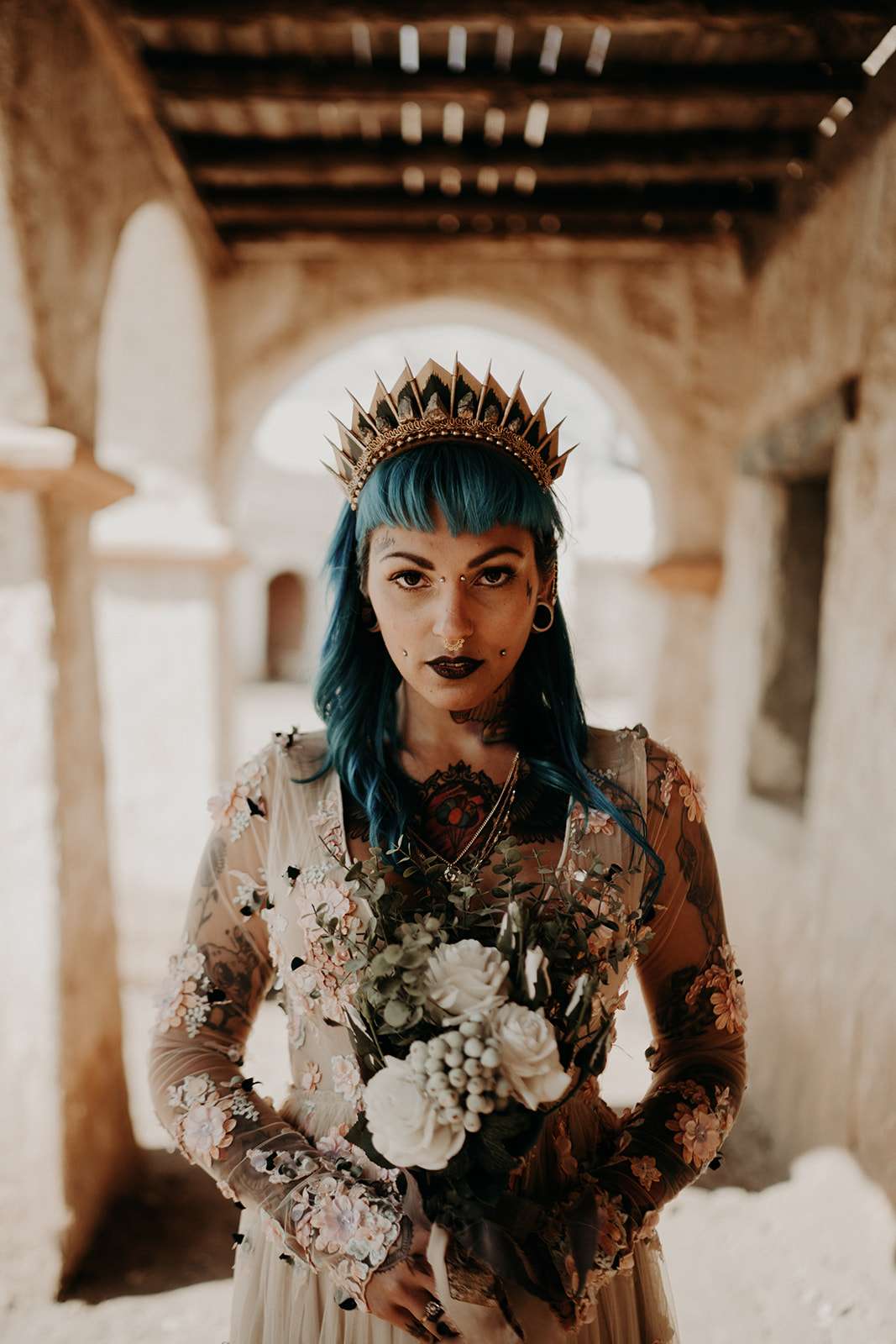 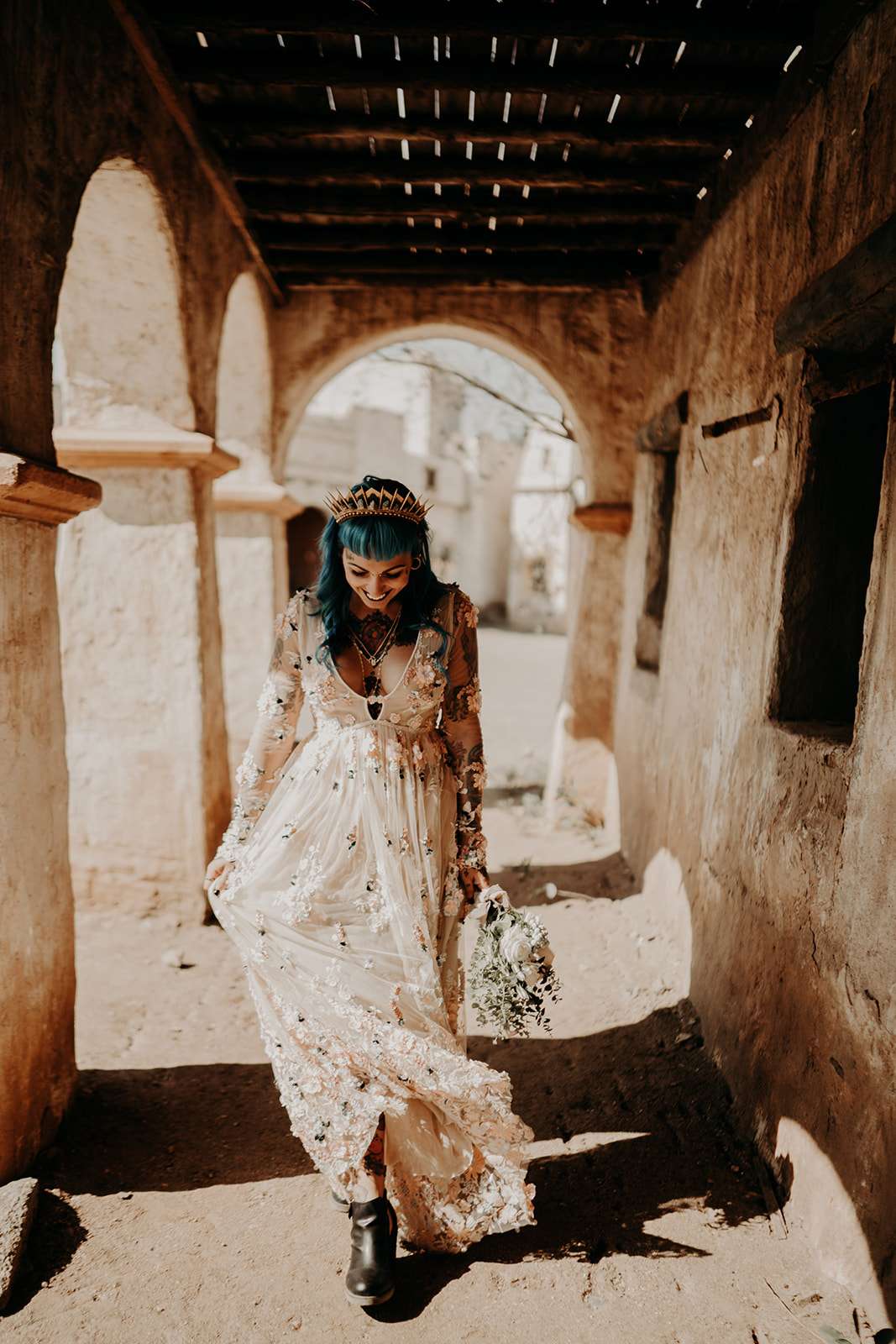 The shoot took part in Fort Bravo, a Western-styled theme park in the Almeria desert in the south of Spain. Built in the early 1970s is still retains that authentic, retro atmosphere. “We wanted to mix a rock style with a twist of Spanish spirit”, wrote Beatrice. “We wanted it to be alternative and modern but also warm. Fort Bravo is famous for its 70s western decor and is where a lot of movies were filmed. So, it was the perfect place to find an old school Spanish hacienda.” 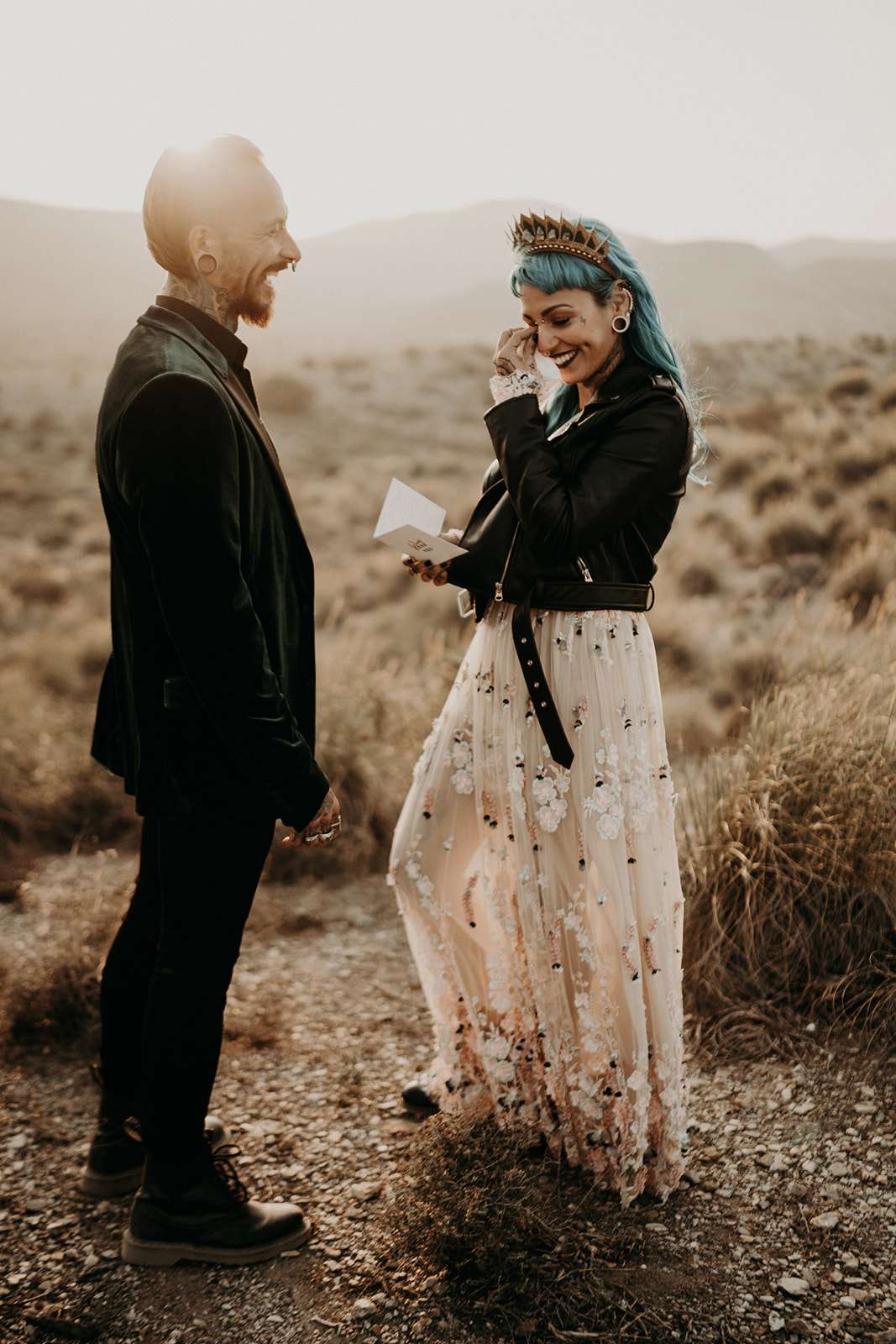 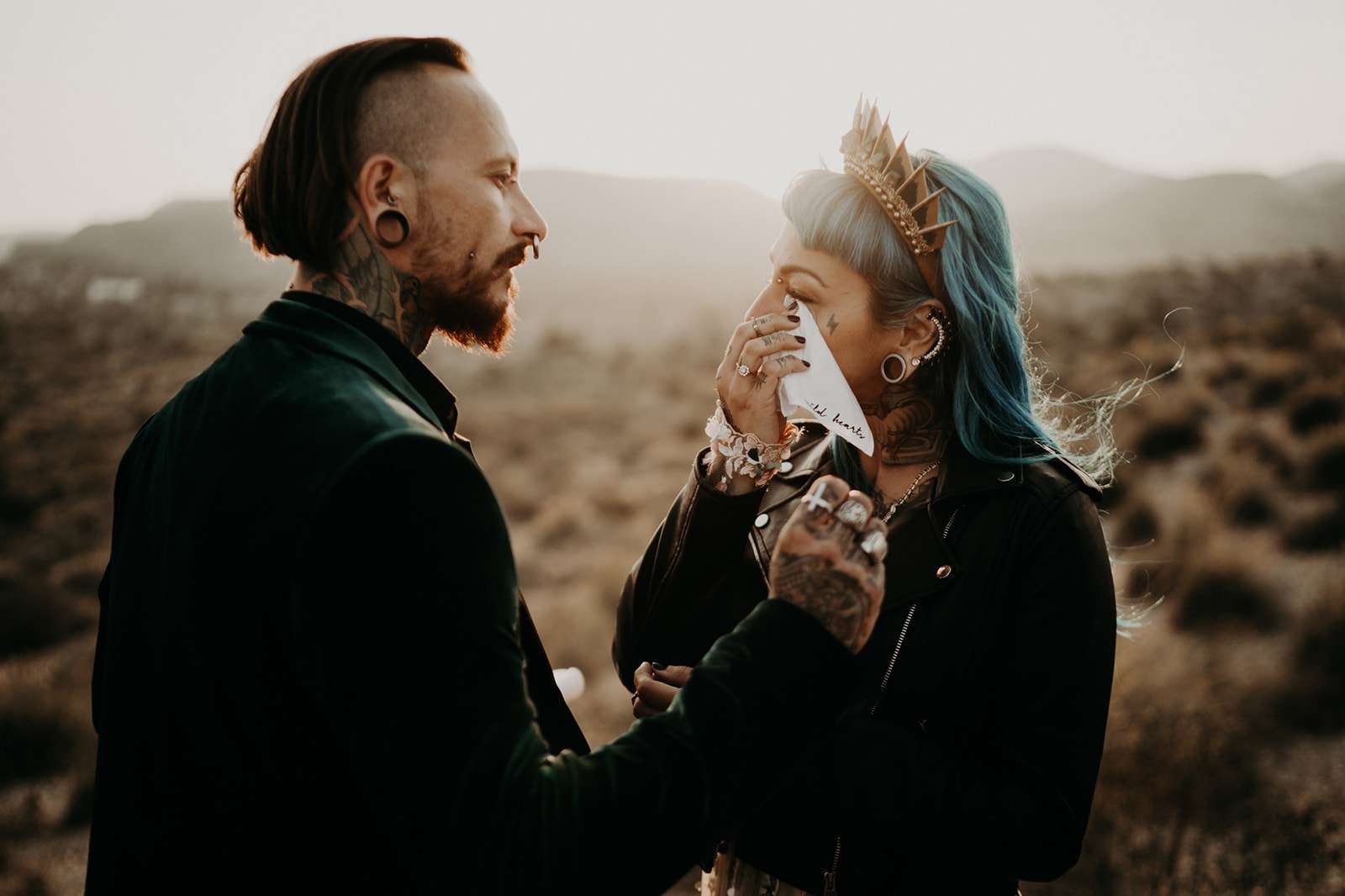 Although this wasn’t a real wedding, the couple did exchange a few words which they wrote for each other, when in the desert (hence the emotions!) “I planned everything like it was a real elopement”, Beatrice continued.  “The couple are real, of course their love is real, but also the conditions of shoot were real. That means that we put the couple into a mood like everything was for real. Almost everything was one shot, we guided them during the couple session, and we asked them to write their vows. That’s how everybody got so emotional during the ceremony. For us, doing photo shoots is a nice thing to show what we’re able to do. But this has no meaning if we can’t bring the realness of humans emotions and reactions.” 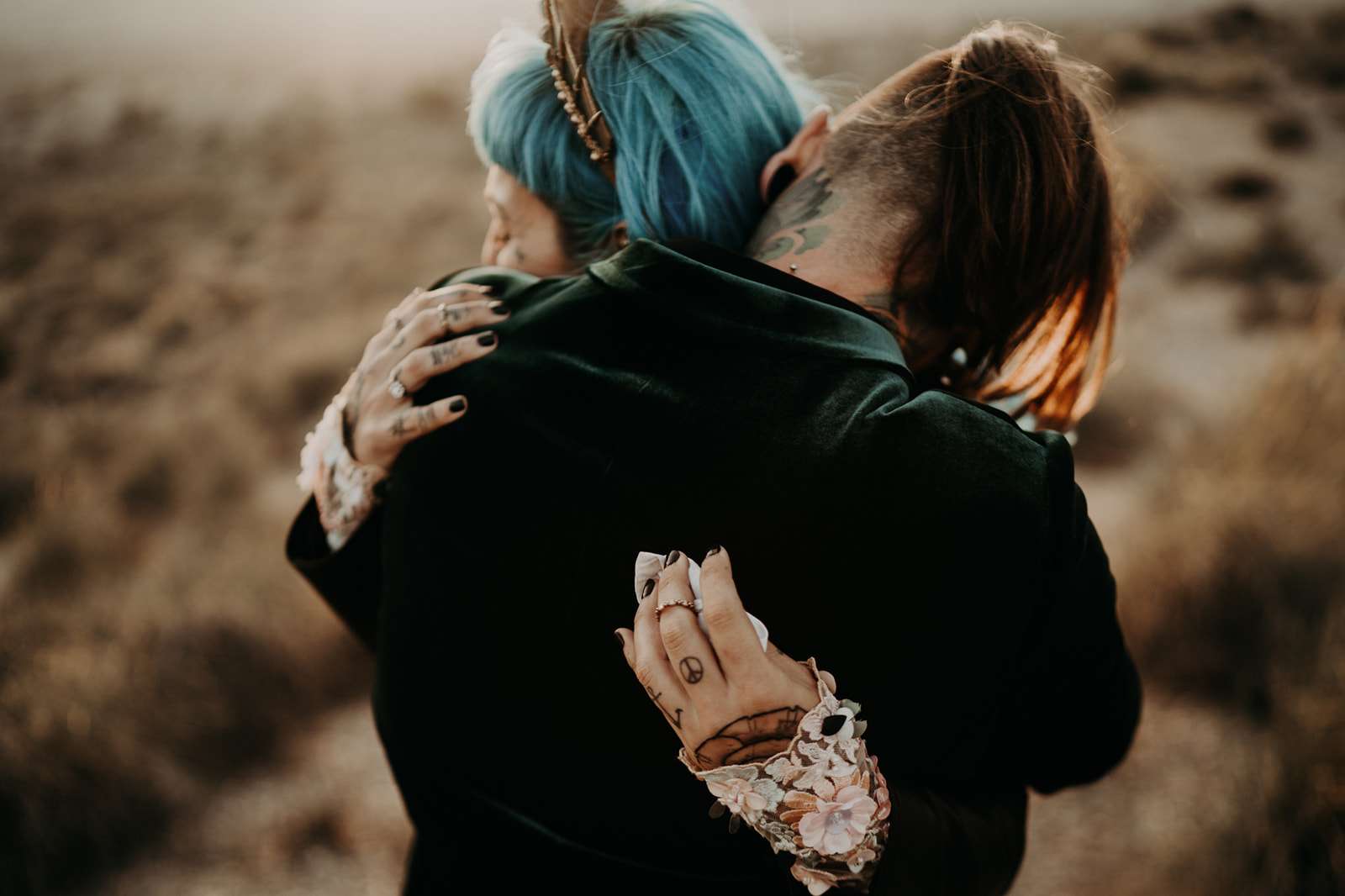 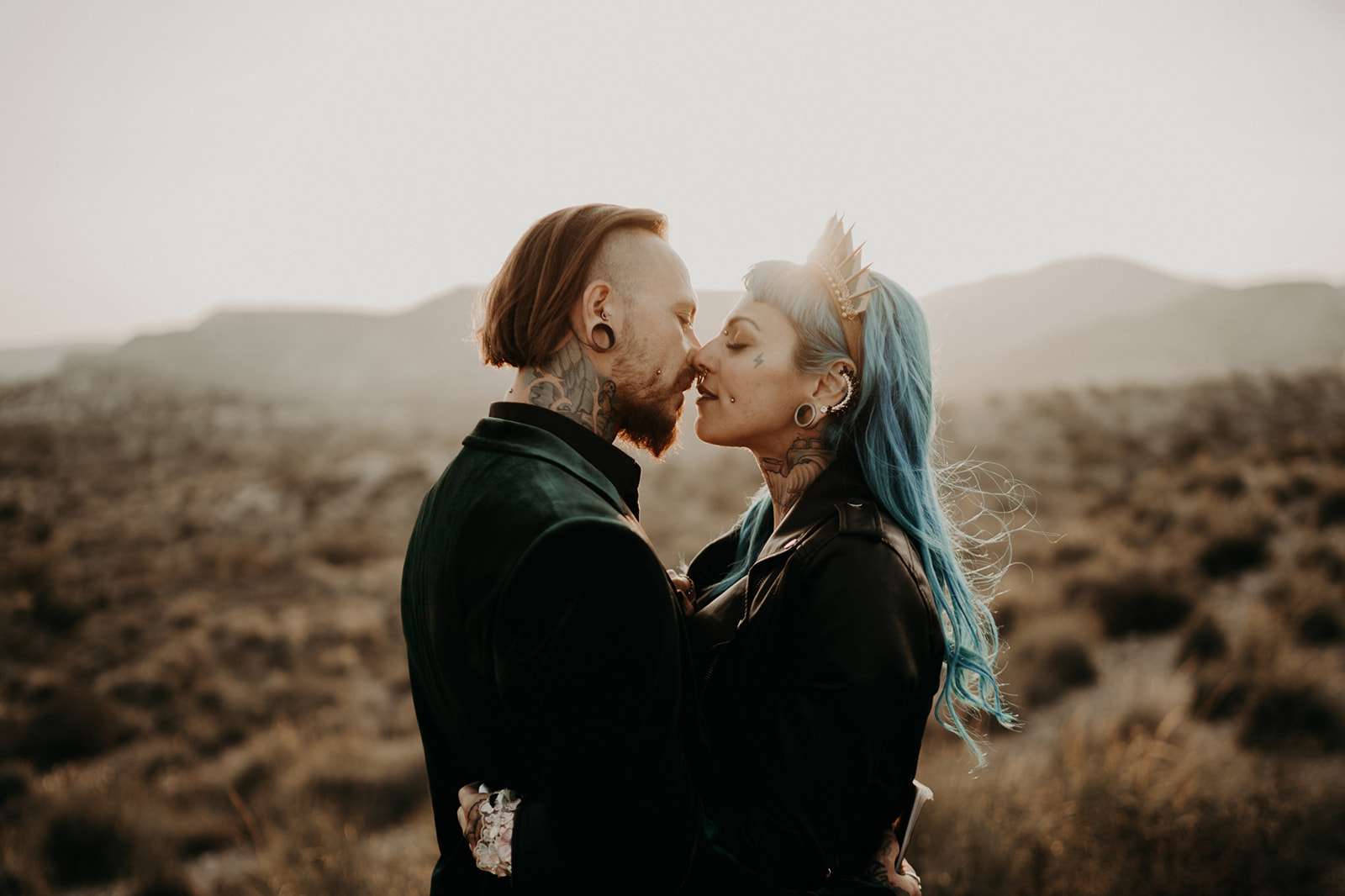 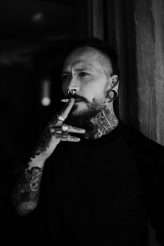 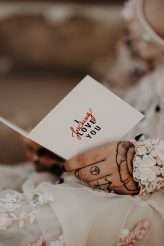 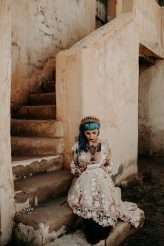 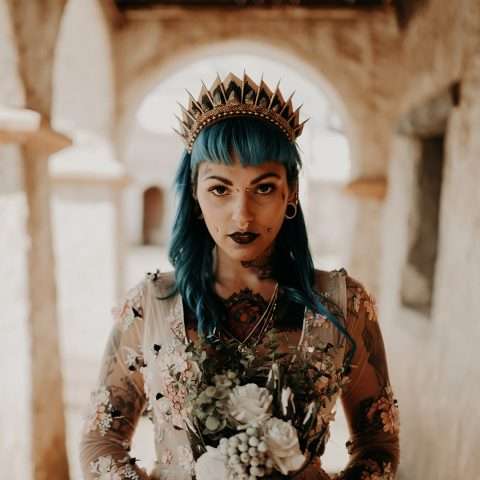 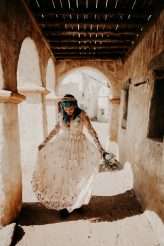 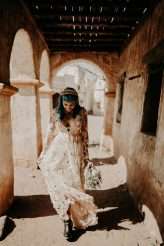 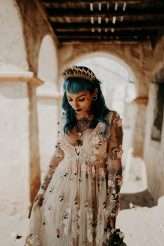 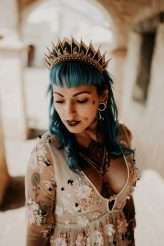 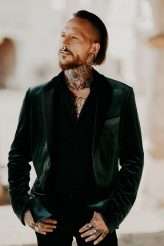 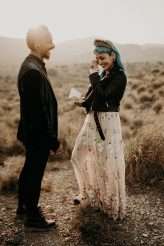