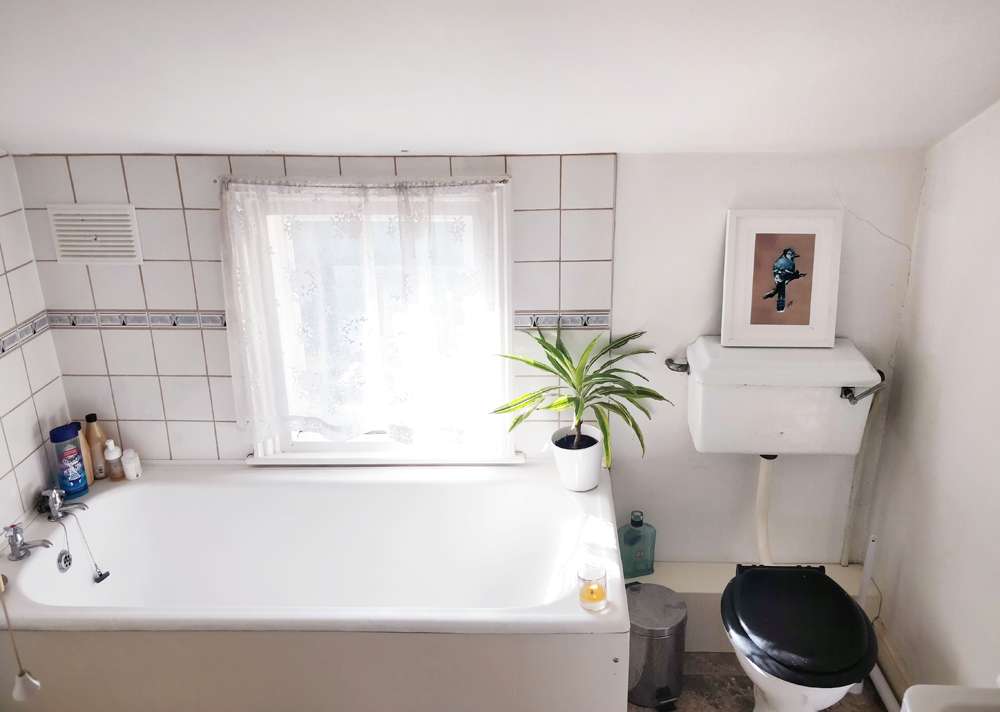 It’s been a while since I’ve given you any kind of house renovation updates because the reality is.. there hasn’t been anything to report! This year has been rather insane on the work-front for me, and Gareth was pretty much wiped out after doing the kitchen in a month (!) so we’ve been taking a bit of a break from it all. We’ve done odd-little jobs here and there but nothing really exciting enough to write about. I’ve been looking at my favourite interior’s Instagram accounts wistfully, trying not to feel discouraged by our lack of progress over the summer, desperate to get started on another project!

But that is all about to change because next month IT’S BATHROOM TIME! The bathroom is right above the kitchen so has the same long/thin footprint. It’s actually really massive for a bathroom and the suite and tiles, although old, were perfectly fine so it was quite low down on our list of big projects that needed doing. That was until I dropped a glass bottle in the sink and shattered the damn thing – ARGH! For the last few months I’ve been brushing my teeth using the bath taps and spitting it down the loo – LOVELY. 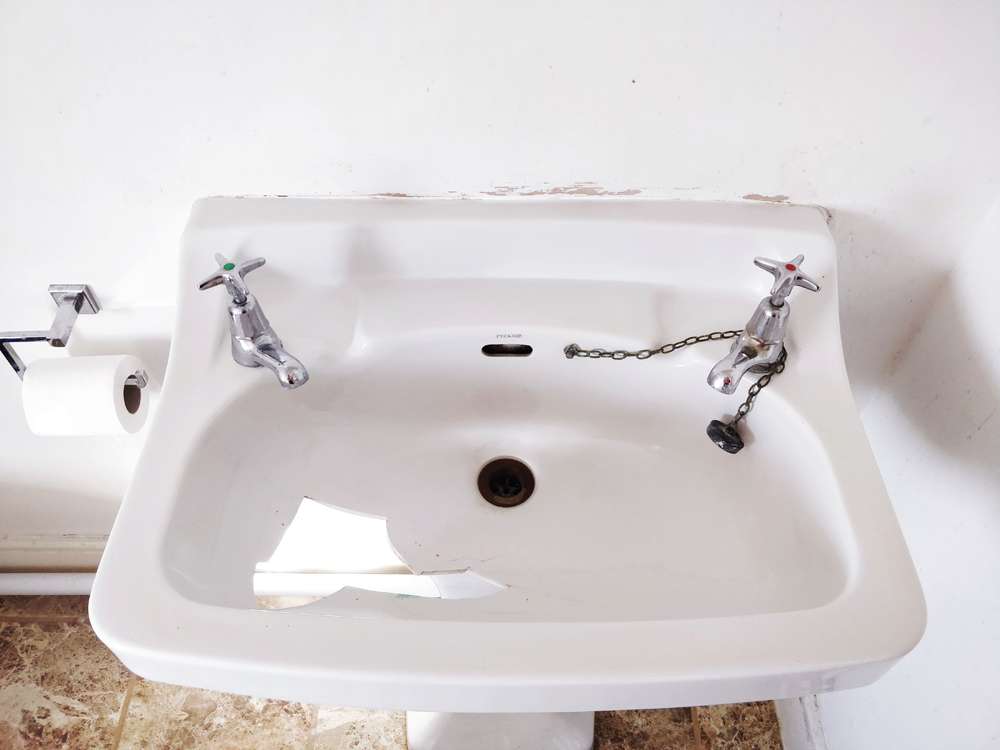 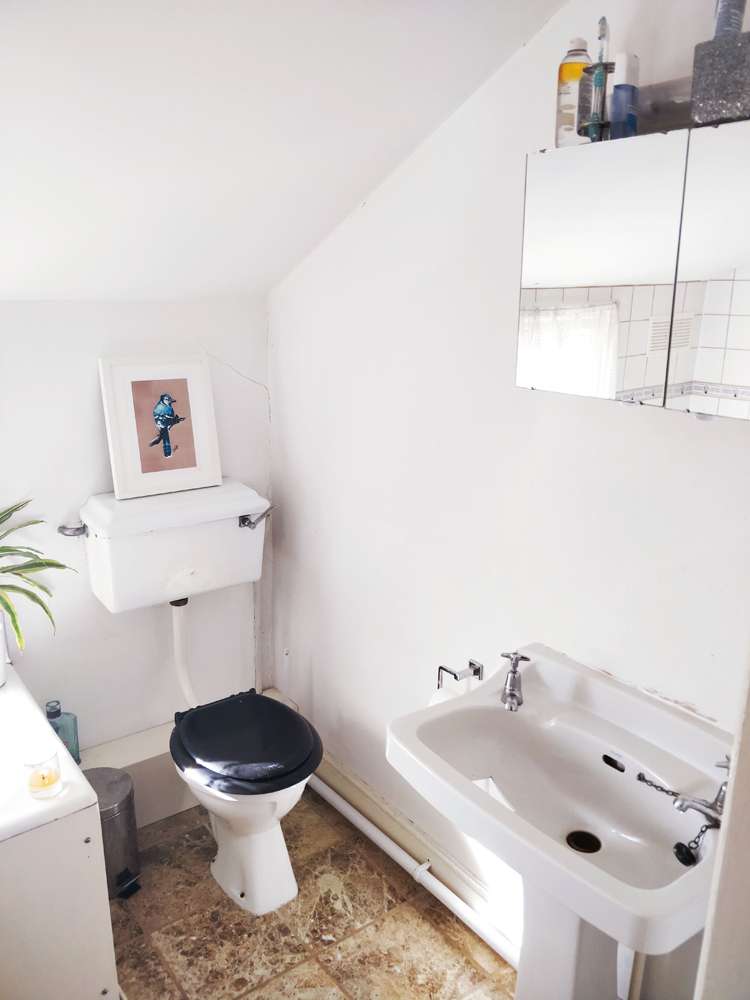 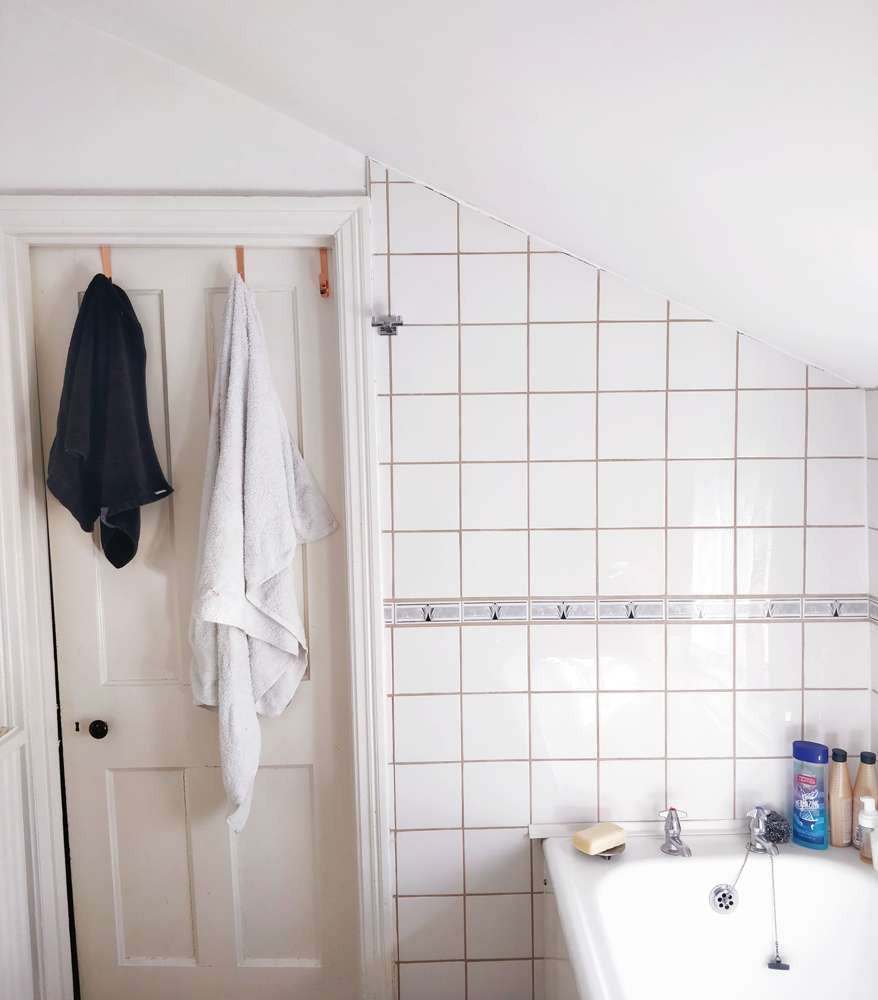 So, doing the bathroom quickly moved up the priority list and I got to work on my new favourite thing… pinning all the things and creating a moodboard! Somewhat surprisingly both myself and Gareth (who usually have quite different tastes until I convince him that my ideas are way better than his) are completely on the same page design-wise. We both like the idea of dark walls, a statement floor, quite traditional-looking sink and loo (to suit the Edwardian era of our home) and a copper bath! I’m unsure about tiles yet, I love the white subway tile look (which we’d do the bottom half of the room in, painting above it dark grey) but I also love the all-dark, just painted look. One thing’s for sure though, I’ll be filling the room with green plants, it’s going to be A DREAM. 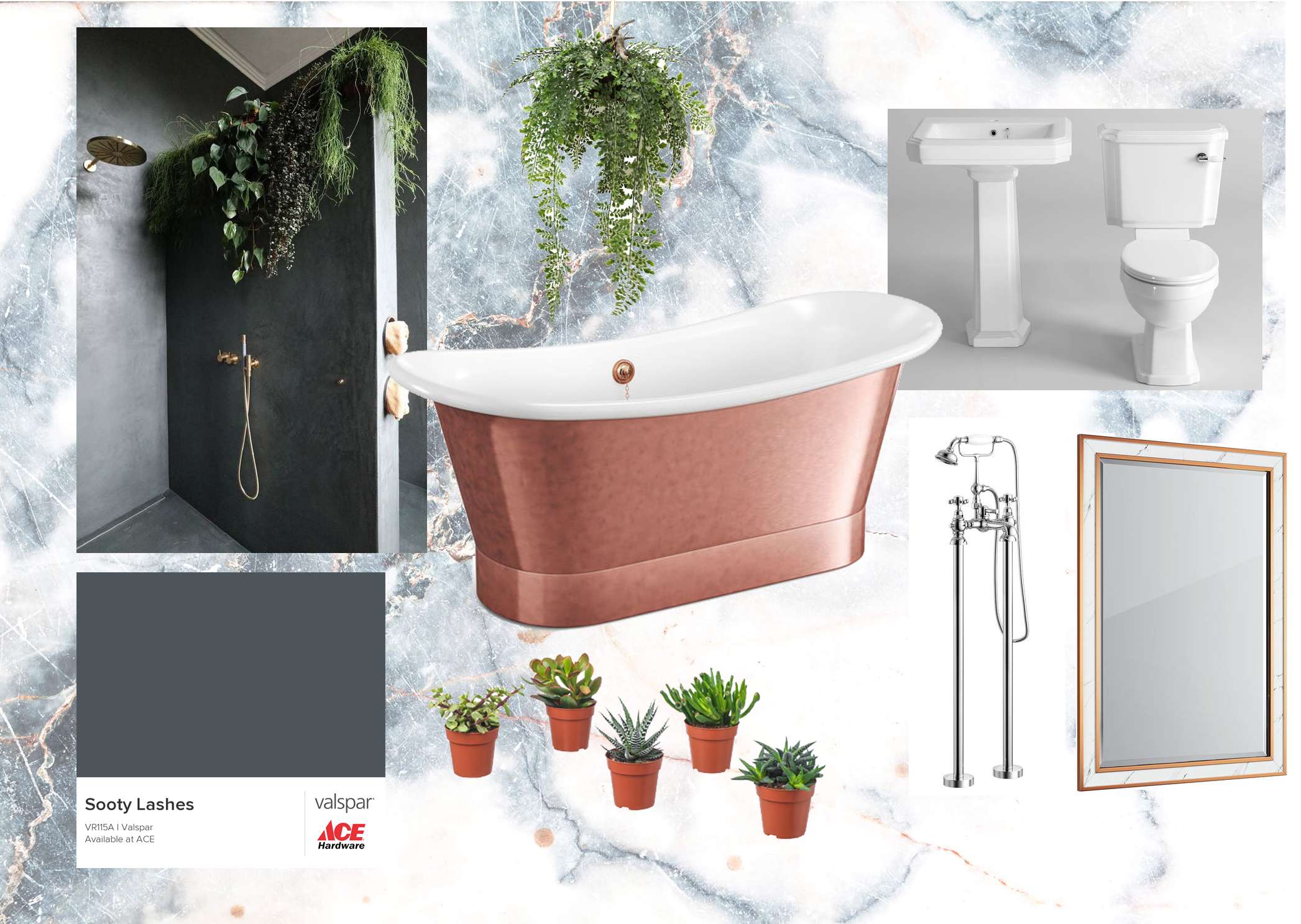 It won’t be the most straight-forward of renovations as the room has a sloping roof, there’s a dividing wall between the main bathroom space and the kind of weird airing cupboard/ place we keep all our towels and bathroom junk that needs to be knocked down (because the bath we want is actually too big for the room with the wall there). The boiler will need to be blocked in and neither of us have ever tiled before… But unlike with the kitchen there shouldn’t be any wall BUILDING to do or major plastering so ya know, that sounds comparatively straight forward, right!? Famous last words maybe!? 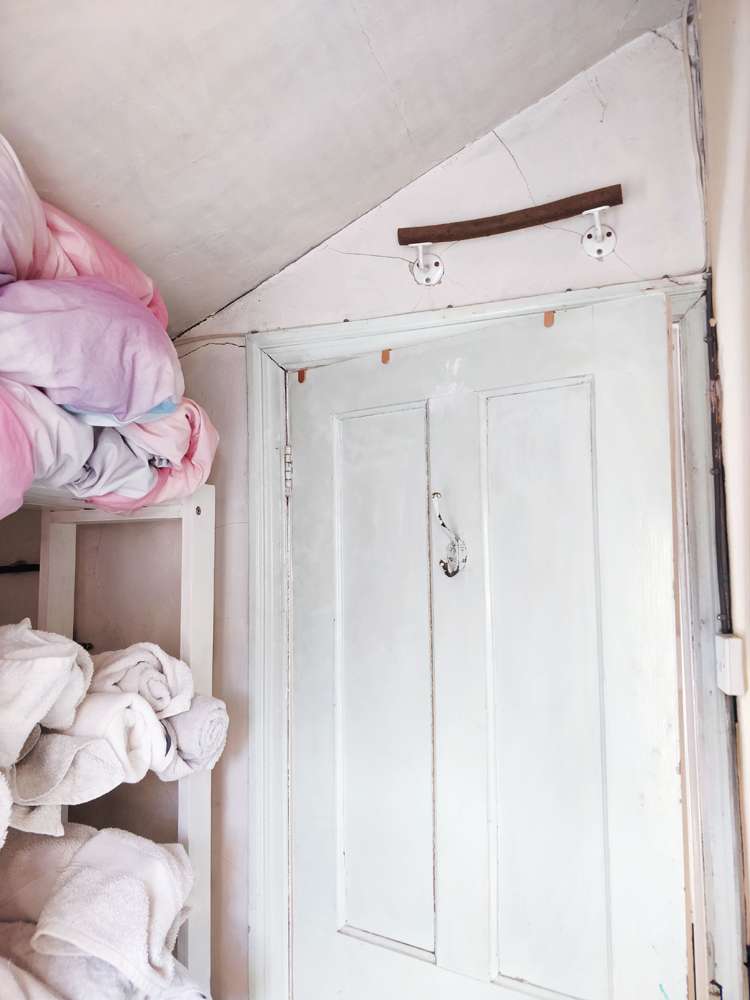 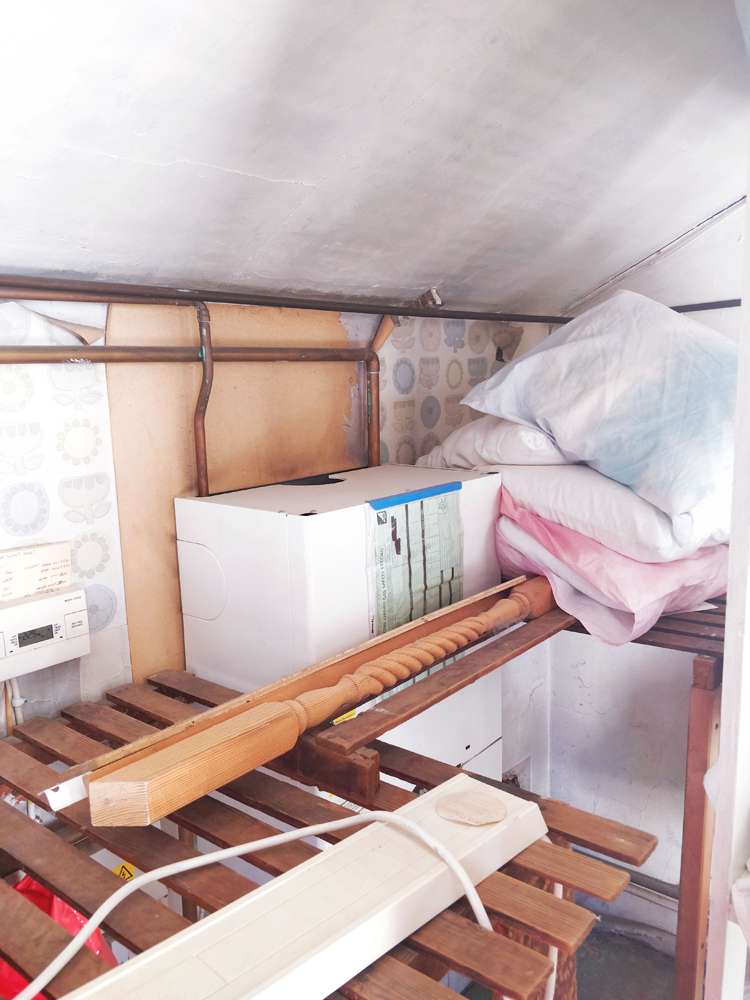 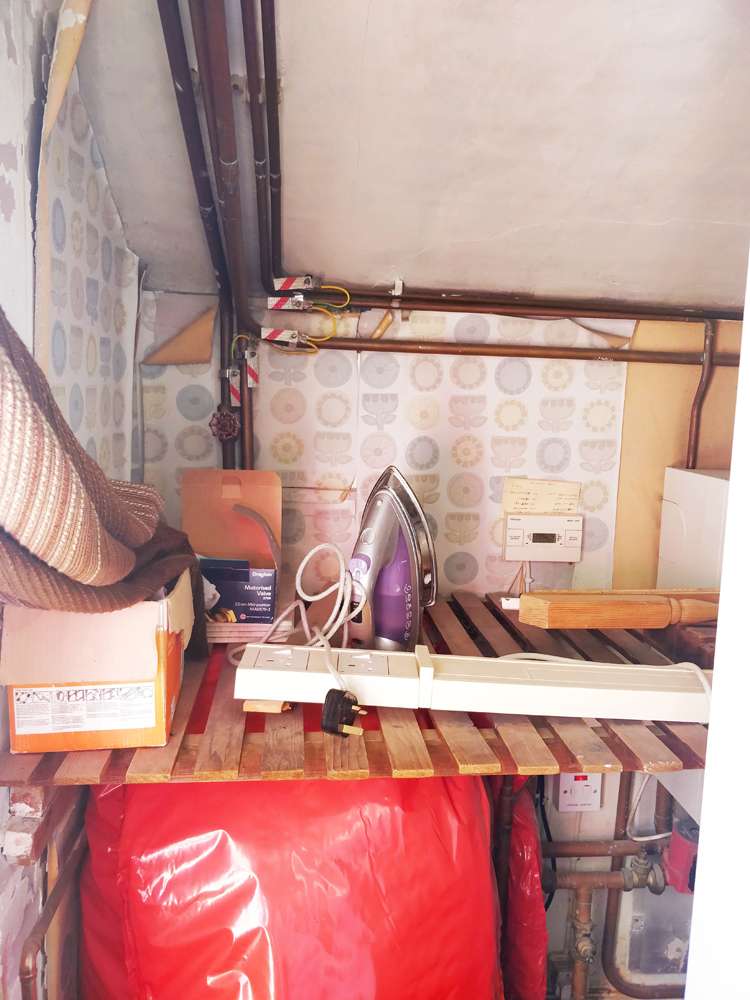 I’ll be sharing all our progress on my Instagram so be sure to follow along over there if you want all the updates, and I’ll do a final reveal blog post back here when we’re finished!