Gosh, thank you so much for all your lovely comments after my I Need to be Honest with You blog post a few weeks ago. I was so touched by how many of you reached out with love, support and compliments for the blog, it made my heart so happy! It’s really difficult when you work for yourself and don’t get much feedback. Sometimes it can feel like you’re just spinning on an endless hamster wheel with no end in sight, not even knowing if anyone bloody cares. It was so amazing to hear back from you all.

I was also OVERWHELMED by the response from other bloggers and people who run their own businesses, telling me they’d been feeling the exact same yet were too nervous to admit it (publicly or to themselves). I quickly realised that, honestly, it’s not a bad thing to finally say out loud “Yeah, actually I feel a bit shit”. It doesn’t mean you hate your business, it doesn’t mean you want to quit, it just means you’re feeling a bit burnt out.

I also REALLY want to get back into blogging FOR ME again. While I will always love sharing amazing weddings, it is a bit weird to only write about a subject that you’re a bit removed from. Although I never wanted to do it myself, I always envied my friends that were fashion and lifestyle bloggers in that respect. After all, I haven’t been a bride for a VERY long time and sometimes I just want to be able to share the cute shit I bought and call it a day!

Some of you may have seen on my various social media platforms that I promised you a house renovation blog. Well, I’ve decided that instead of starting another site right now, I’m going to test the waters with a weekly column on Rock n Roll Bride. Maybe it will morph into it’s own ‘thing’ eventually, or maybe you’ll all hate it and yell at me to JUST POST MORE GODDAMN WEDDINGS PLEASE (ha!) But as I said, I want to get back to blogging FOR ME, so I’m going to try this thing out.

So without further ado, I’d like to introduce you to my new blog series: Rock n Renovation!

In case you don’t follow me on social media, and you have no idea what I’m talking about – we bought a house! And in the words of those troll things from Frozen, she’s a bit of a fixer upper (LOL). Every Sunday I’m going to share updates on the renovations, as well as probably a few personal stories AND I’M SO EXCITED. I’ll still be posting just as much wedding content, this will be an extra weekly post, so if you have no interest in our house or hearing about my life you are more than welcome to just skip right over it!

So I guess I should start from the beginning and tell the tale of how we found and bought the house because, oh boy, it is a doozy! 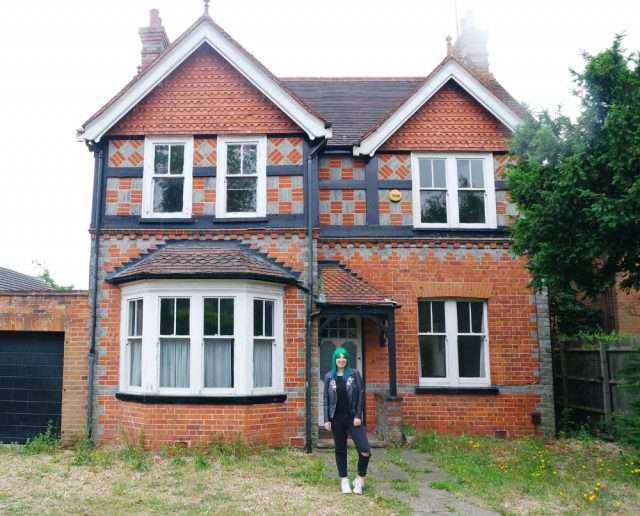 We bought our first home in 2007 so we’d been there for a decade and had outgrown it probably about five years ago. It was an end of terrace 1930s two bed, which although we loved and had completely made it our own, was way too small. Running a publishing empire from home and accumulating way too much stuff, meant we were bursting at the seams! By mid-2016 we’d finally got the business to the stage where we could not only afford to move to something bigger, but where we weren’t both working all hours of the day and night just to keep it going. The original plan was to officially start looking for a new house in January of this year but once we’d had this discussion I, of course, immediately become obsessed with Rightmove!

We always wanted an older house, and one we could put our own stamp on. While we’d never had to do any major works on the last place, Gareth had somewhat become obsessed with all those home renovation TV shows (Homes Under the Hammer and Grand Designs I’m looking at you!) over he past few years and so he, in particular, really wanted a big project.

Then, one day in November, we were driving home from a family wedding and I was casually browsing the app when I saw the house come up. I almost yelled at Gareth to STOP THE CAR so he could see it too! Once we pulled over at the services he looked at it and told me we should arrange a viewing. Built in 1906, it was like nothing else I’d seen available and was just within what we’d (estimated) we could probably afford.

We didn’t have our mortgage in place, we hadn’t researched the market properly or figured anything out, but we knew we had to go and see it. 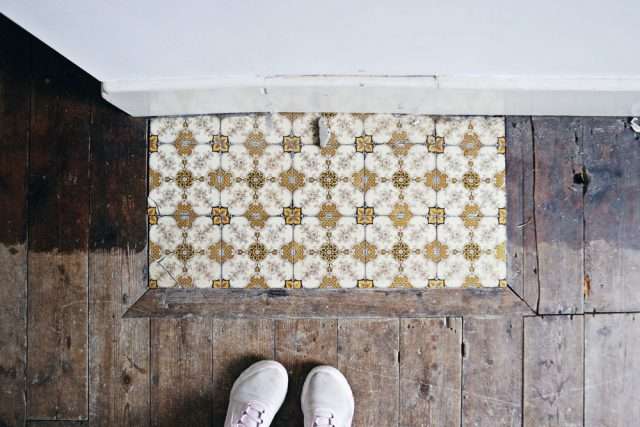 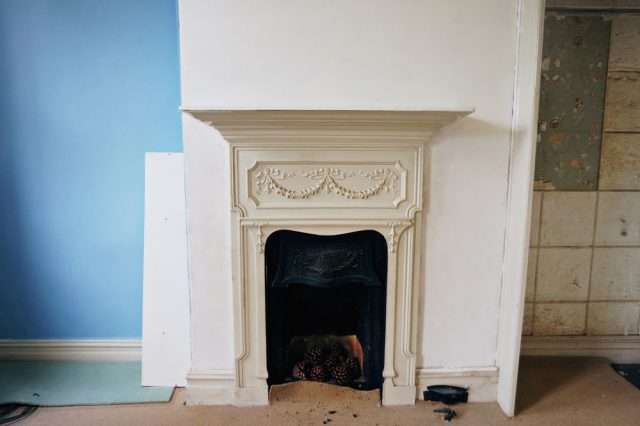 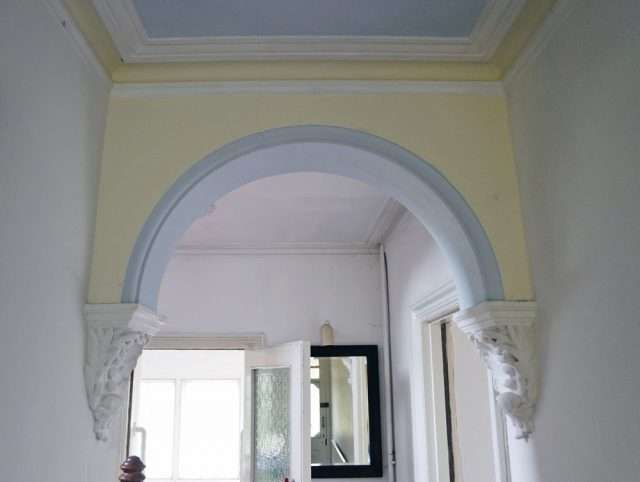 A couple of days later we were pulling up to the driveway to meet the estate agent. The first thing he said was “Well, it WILL be an amazing house when it’s done, but brace yourselves, it needs a LOT of work!” He wasn’t wrong, but we loved it immediately.

“This is nuts”, we said to each other. “We can’t offer on the first house we’ve seen when we weren’t even supposed to be looking yet!” So we decided to go and see a couple more places, just to make sure we weren’t being totally ridiculous. Yet after seeing four or five other properties in person, and thousands online, none of which even came close to giving us the feels of the first one, we decided to put in an offer.

Then things got really complicated. I won’t bore you with all the details (because there are a LOT of them) but let’s just say trying to actually buy the place was an emotional rollercoaster and then some! 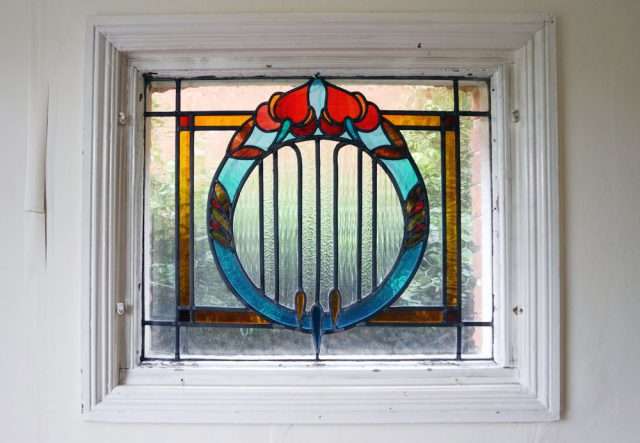 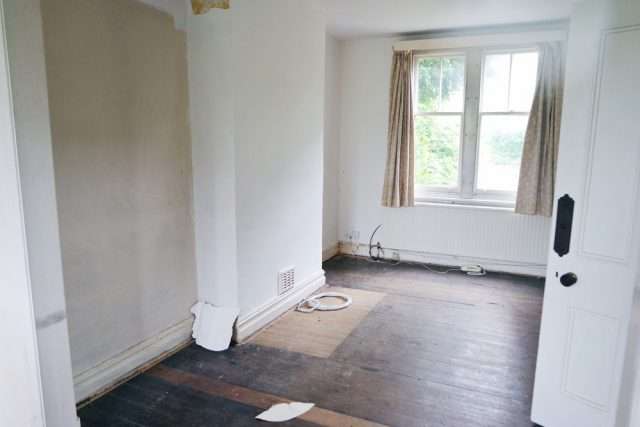 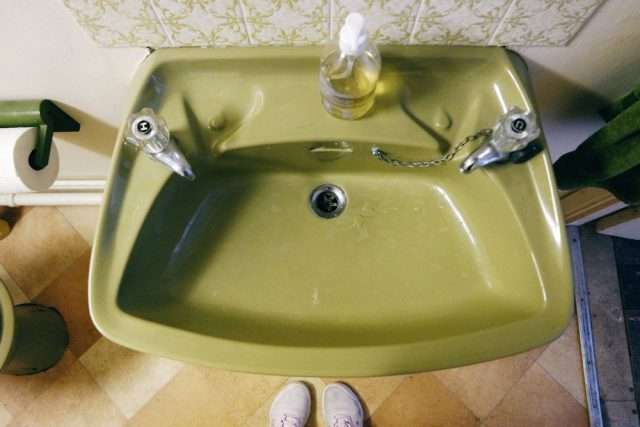 The vendor was a complete arsehole. He not only wouldn’t accept our offer, or seemingly give us any kind of response for months, but then he decided he also wouldn’t take it off the market until we’d done our survey (he had a sale fall through after the survey previously). We kinda got the feeling that he didn’t believe we were actually serious, or could afford it, which made me very mad indeed. Yes I have blue hair, yes I have tattoos, yes when we met the agent I was wearing a ridiculous monster coat, but don’t you dare assume anything about me buster!

Then there was the estate agent (OMG the estate agent..!) I personally wanted to murder him on more than one occasion. He literally called me every day, I swear it was verging on harassment. We also had real difficulties getting our mortgage as the arsehole vendor also dropped the bombshell that he wouldn’t sell it to us with a chain (oh yeah because we just casually have a couple of hundred grand lying around, right?) However it all worked out in the end as we quickly realised it would actually be quite advantageous to be able to live in our old house for a short period while we started some of the work. 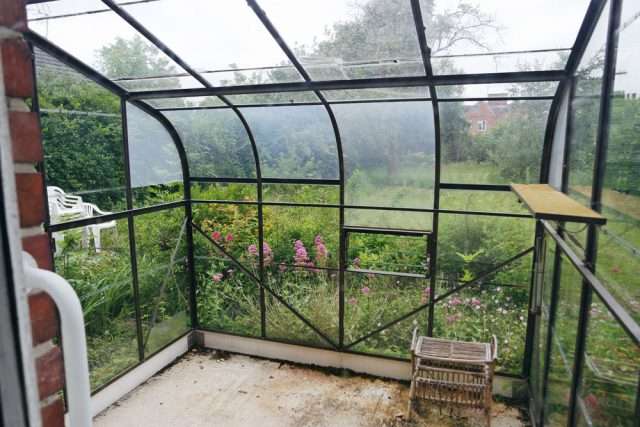 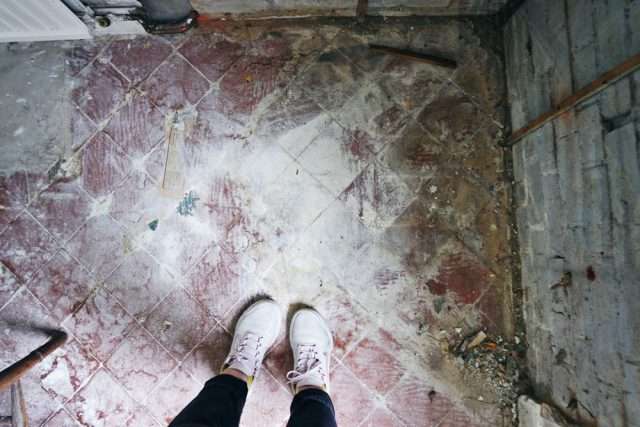 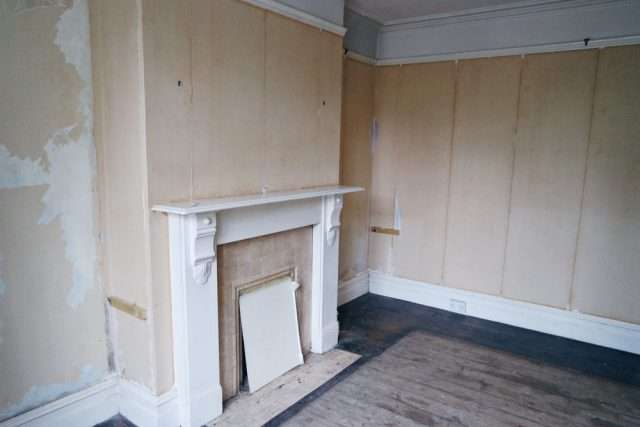 ANYWAYYYY, all this meant that it took us until late MAY to finally exchange and the beginning of June to complete. Yes, seven months! If anyone now ever tells me they had trouble buying their home, I’m pretty sure I can trump them with our story of woe! I must have bored our friends and family silly with all the drama-filled weekly updates.

However the clichés are true. When we finally got those keys, walked in and went “OMG this is OURS!” all the tears, aggravation and throwing things across the room with the stress (guilty) were worth it. We already totally love the house as it is in its current state so we are quite frankly BURSTING with excitement about how much we’ll love it when we start to change things.

The next day we started moving some of our stuff over, I cleaned it from top to bottom, and we had my parents over for takeaway and prosecco. It was a perfect, if not exhausting, day. I wanted to start this series as soon as we got the keys, but ya know, we’ve been kind of busy! 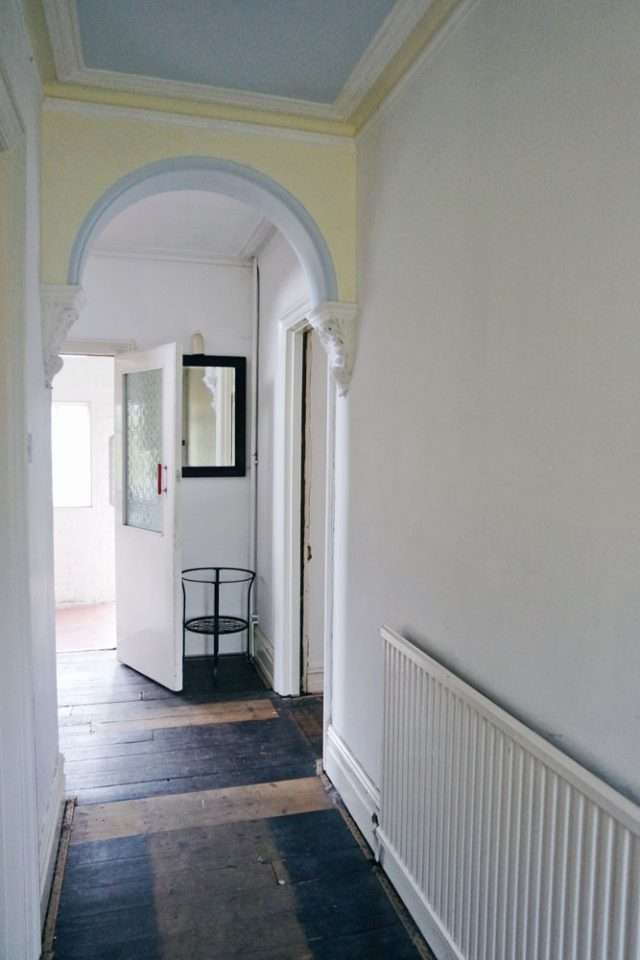 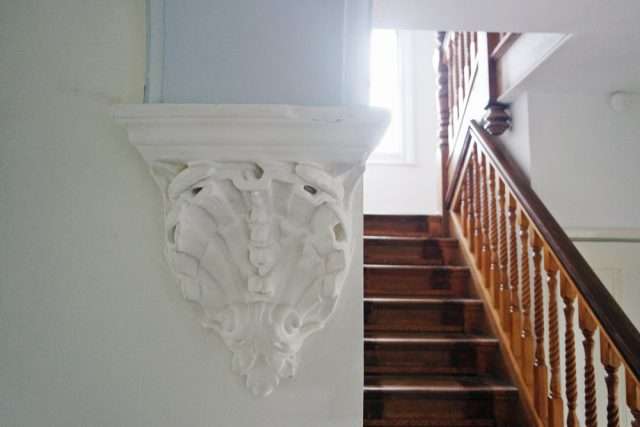 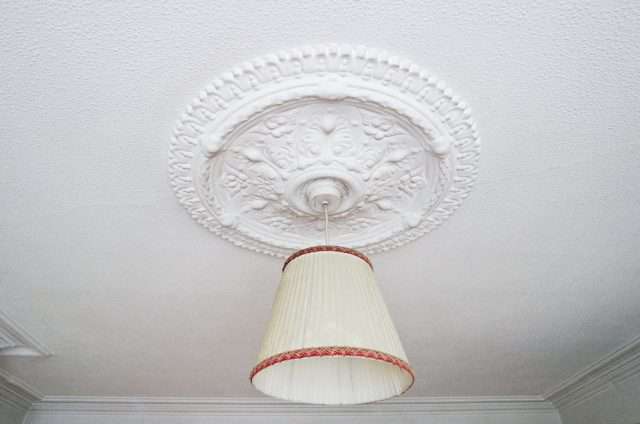 We’ve been in for nearly a month and we officially moved in this past Monday! We’re currently living in a bit of a building site but we could not be happier. Gareth has been pulling up floorboards, laying joists and rewiring and I’ve been stripping all the walls in sight and whitewashing as much as I can (the photos in this post were all taken before we did anything).

We are planning to do a much of the work as we can ourselves (all of which I’ll share here with you!) This is not only because we well and truly blew the budget on buying the place, but because Gareth is actually pretty brilliant at DIY. He taught himself how to replace the joists in the front room by watching YouTube videos and frequenting tradesmen’s forums. What a champ!

It’s going to be one hell of a journey but we cannot WAIT to get started.