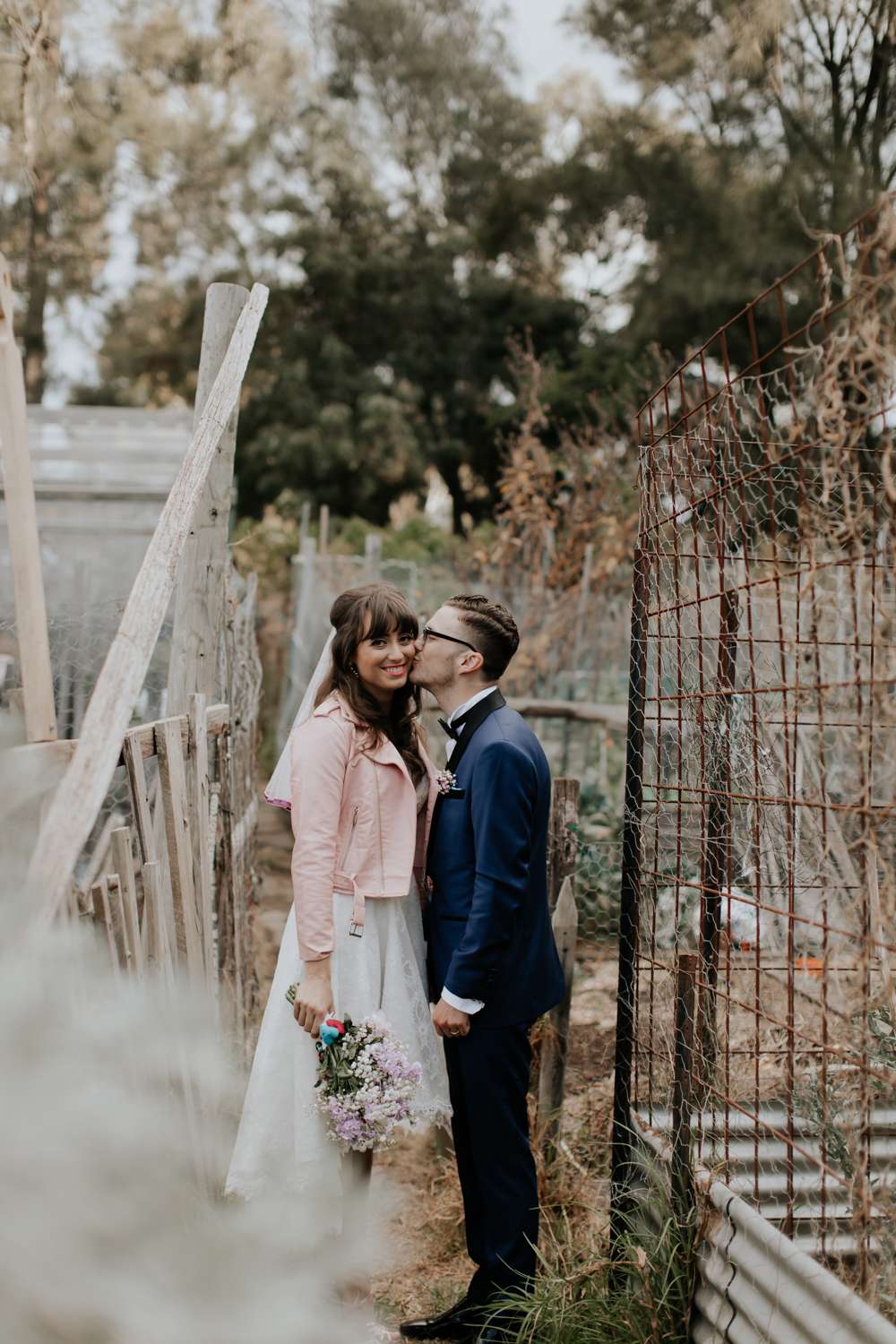 Aww Stacey and Ben might be one of the cutest couples ever. Their adorable wedding to end all adorable weddings took place in Melbourne and was packed to the brim with colourful and personalised details. From the DIY flowers, the rainbow balloon arch and the bride’s gorgeous pink leather jacket and pink glitter trimmed veil combo – yep, there’s so much to love in this incredible celebration. 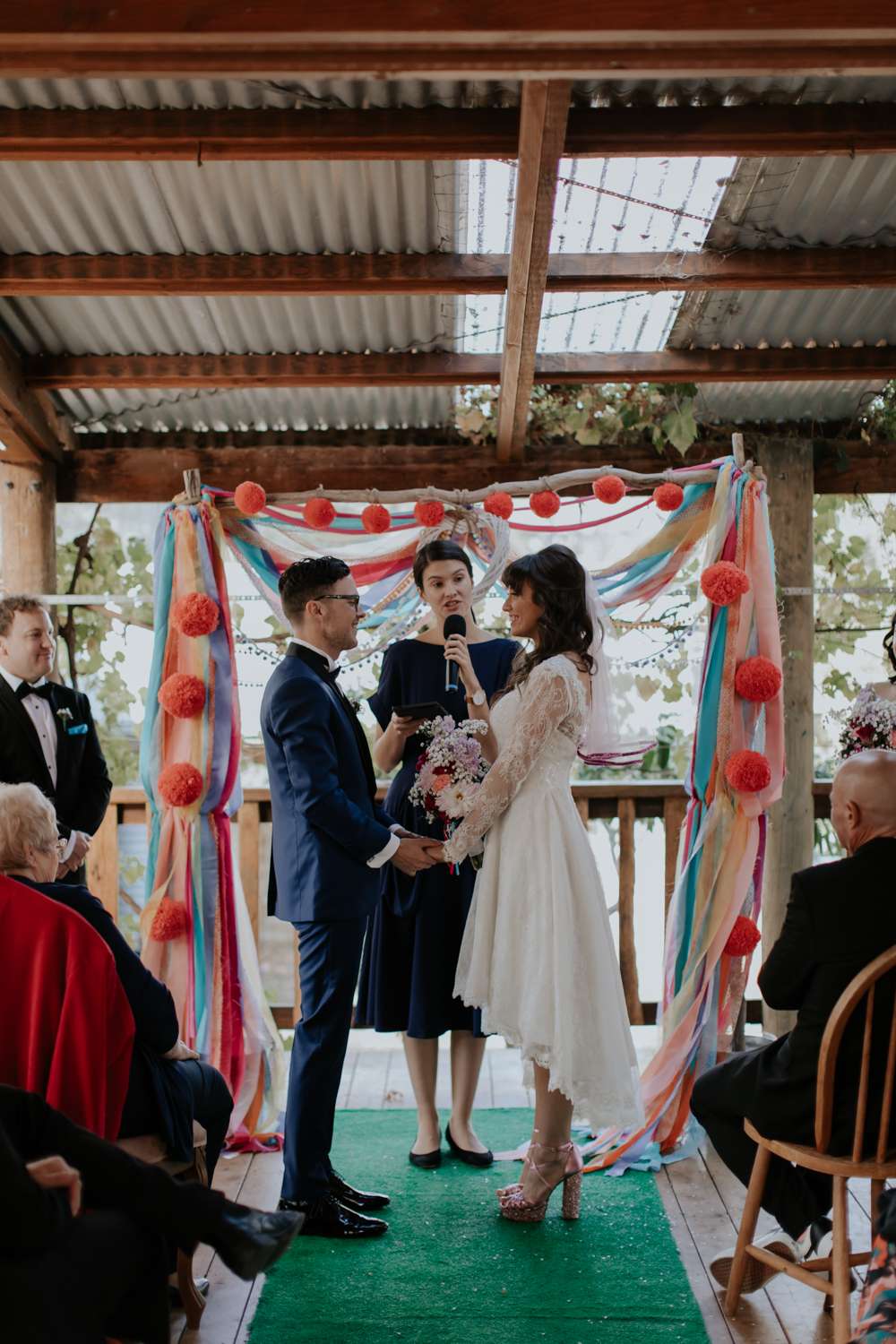 They chose May for their wedding (which is Autumn down under) and they were inspired by colour (duh!), vintage 1960s elements, poms poms, Star Wars! “Our wedding was laid back, colourful, sentimental and intimate”, explained the bride. “Neither of us grew up in Melbourne but it has always felt like home to both of us. When it came time to find venues we needed it to ‘feel’ like us  – not too fancy but also not just a purpose built function centre. We wanted something with soul. We also wanted it to be very local so that when we look back our wedding day will reflect a moment and community for that part of our lives.” 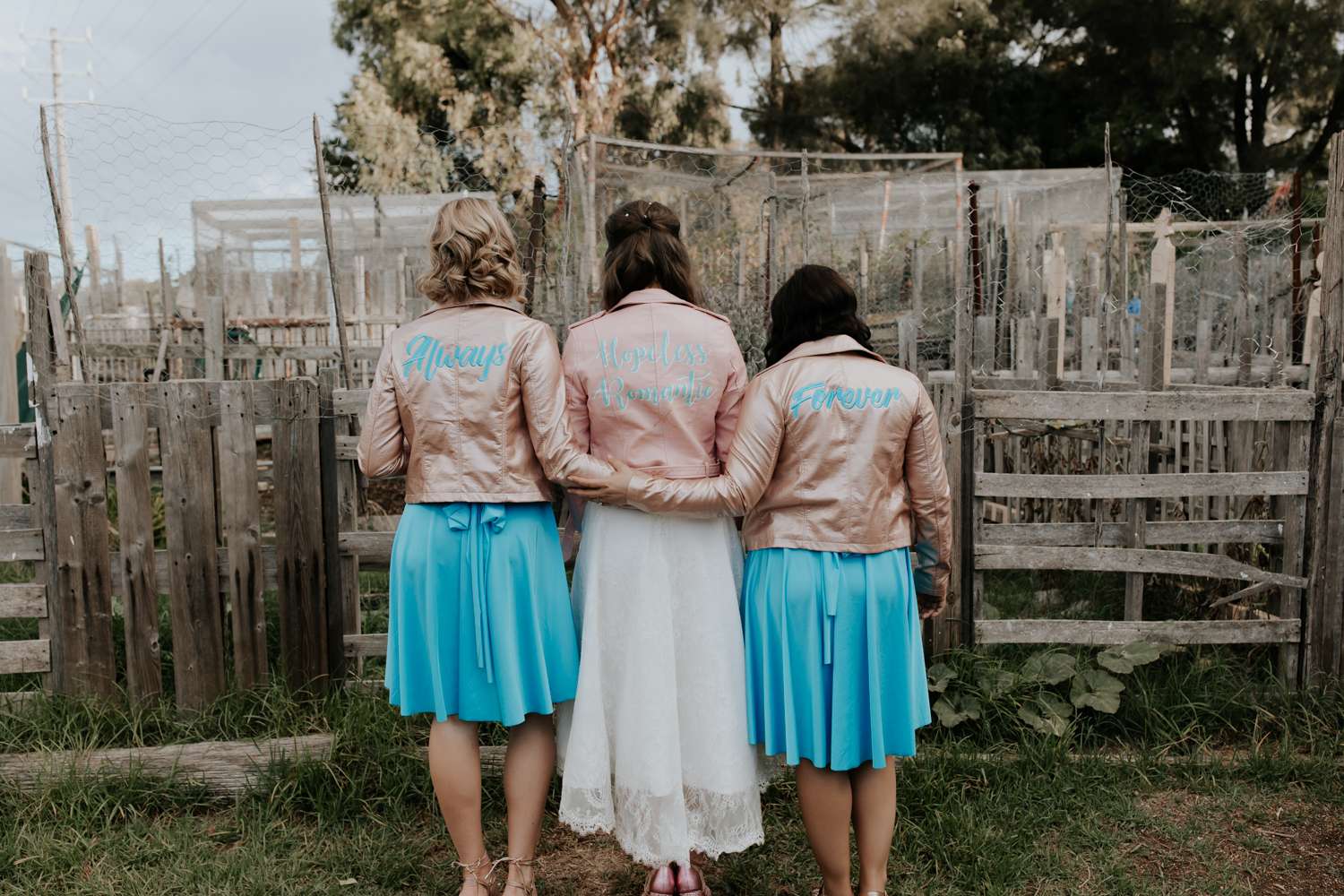 They decided on CERES Community Environment Park for their ceremony. “It’s right on the
Merri Creek which we always walk along. Many people questioned our venue choice as it’s not the most ‘wedding’ place with all of its strange little buildings, veggie patches and chickens but to us it felt cosy and calming with this scrappy charm. So we ordered in beautiful coloured vintage velvet chairs and an astro turf aisle runner from the cracking humans Good Day Rentals, decorated the entry with a balloon installation that my family put together and of course this gorgeous arch which my mother and sister made from trees from our family property.” 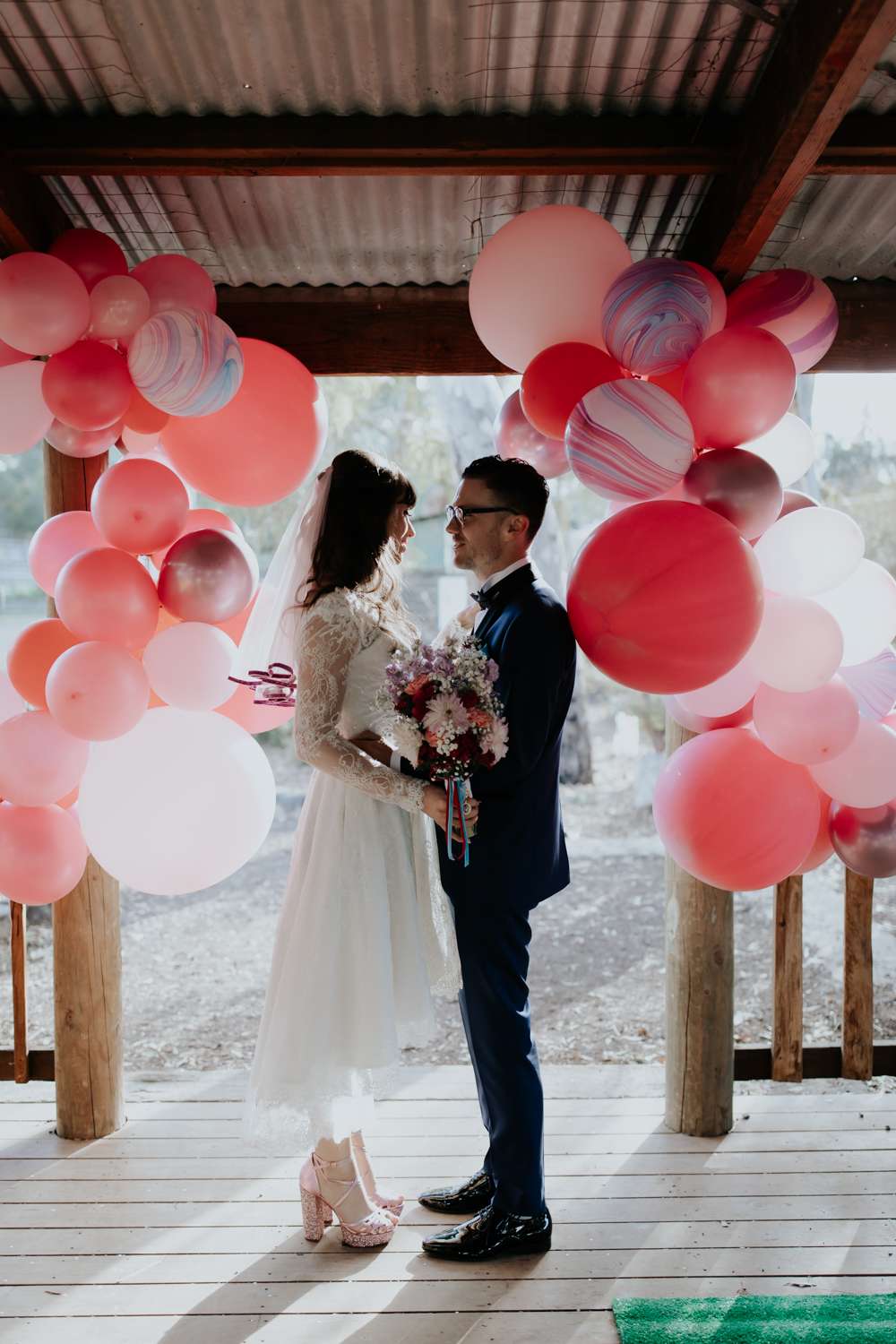 “During our ceremony there were lots of laughs and interaction between us and our guests, we wrote our own vows and didn’t hear them until the day, it was surprisingly emotional, with both of us tearing up. Our celebrant was such a huge part of making our ceremony special, I highly recommend spending a lot of time letting your celebrant getting to know you both and how you envision your ceremony to feel.” 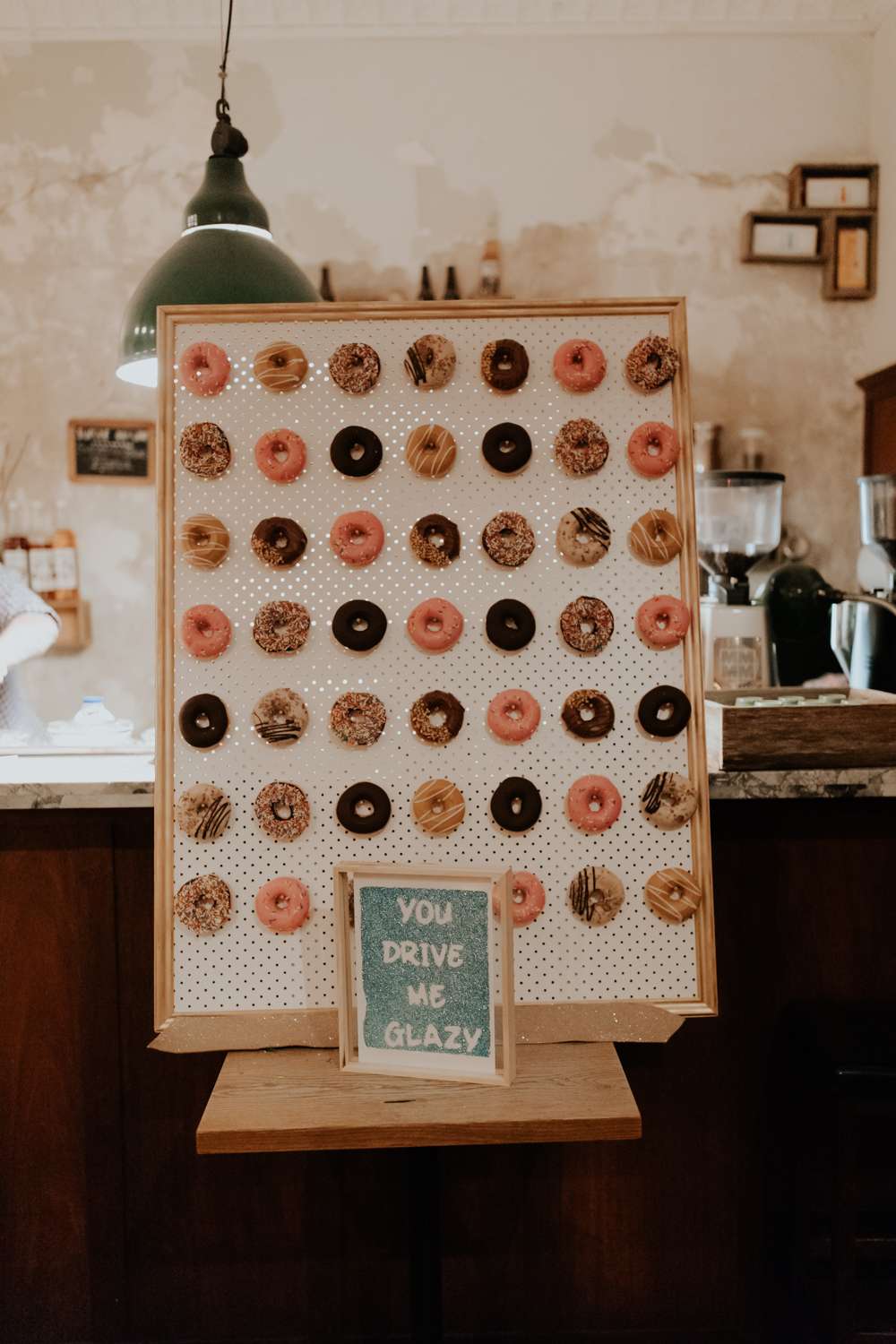 After the ceremony and taking picture around the park, they head over to Little Henri, a cafe with vintage decor and a split-level courtyard, for their reception. “I made my own donut wall and we had hundreds of pom pom for the centrepieces”, she explained. “I also made all our signage for our reception.  My favourite part was our napkins and napkin holders. I wanted colourful cloth napkins which my mum lovingly made so I set to work making napkin holders featuring our cat, Ruby. Everyone who knows us knows she is such a large part of our lives so it was important to us that she was part of our special day.” 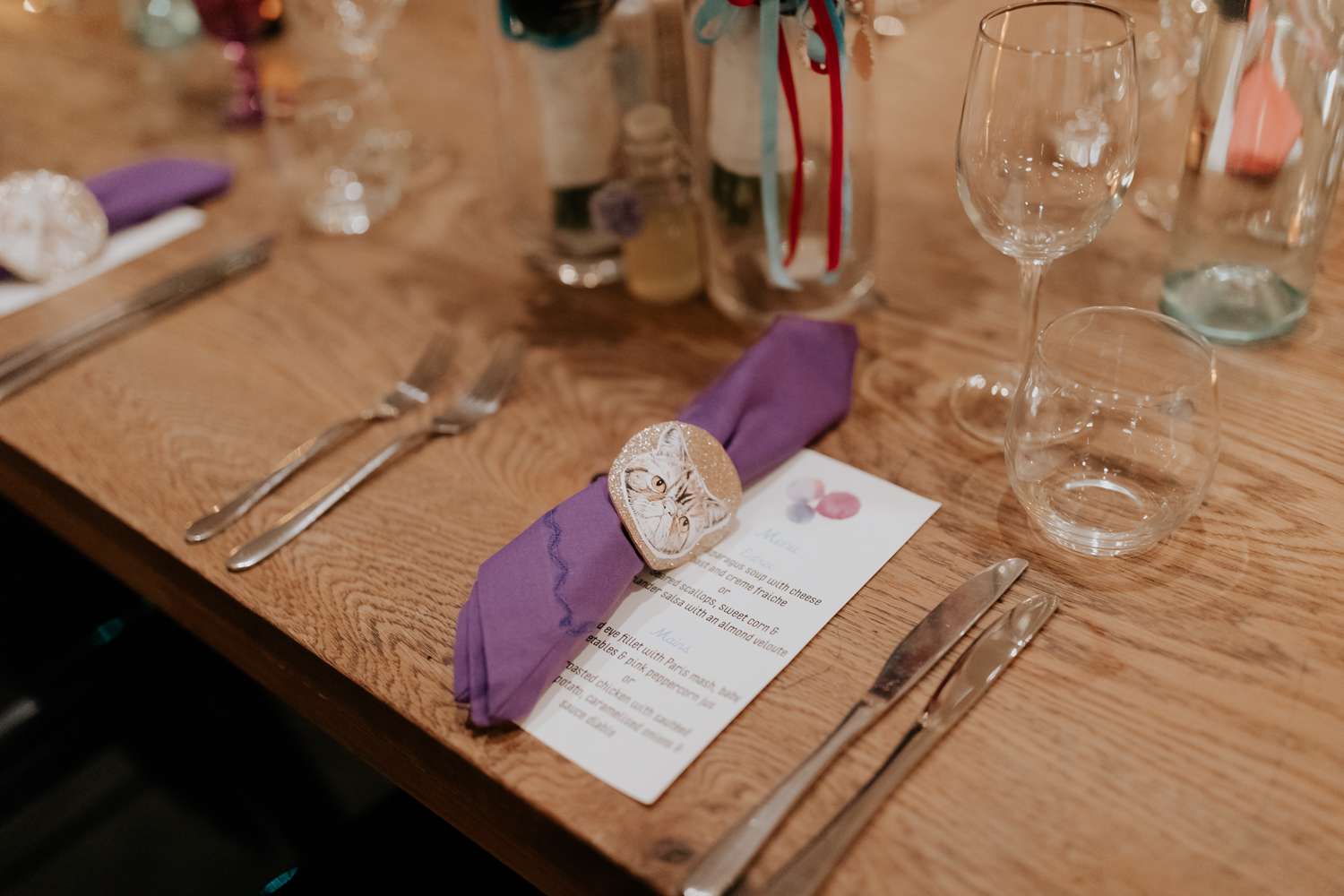 The best part of the wedding, for both the bride and groom, was that they (unbeknown to each other) both planned surprises for their new spouse! “I made a lightsaber cake knife for us to cut our cake with that actually lit up”, Stacey laughed. “Ben’s reaction was the best. Then Ben serenaded me with a beautiful rendition of INXS’s Never Tear Us Apart, which shocked me, He’s never sung to me before. It was such a special moment for me I felt my heart was going to explode. I also kept our hotel for the night a surprise for Ben. We stayed in gorgeous vintage
streamline caravan on top of a skyscraper in the middle of Melbourne with a spa! OMG sharing a bottle of champagne in the spa was the best after a long day. I also got swimmers personalised for us for our wedding night from Pet Flair with our beautiful Rubycat on them.” 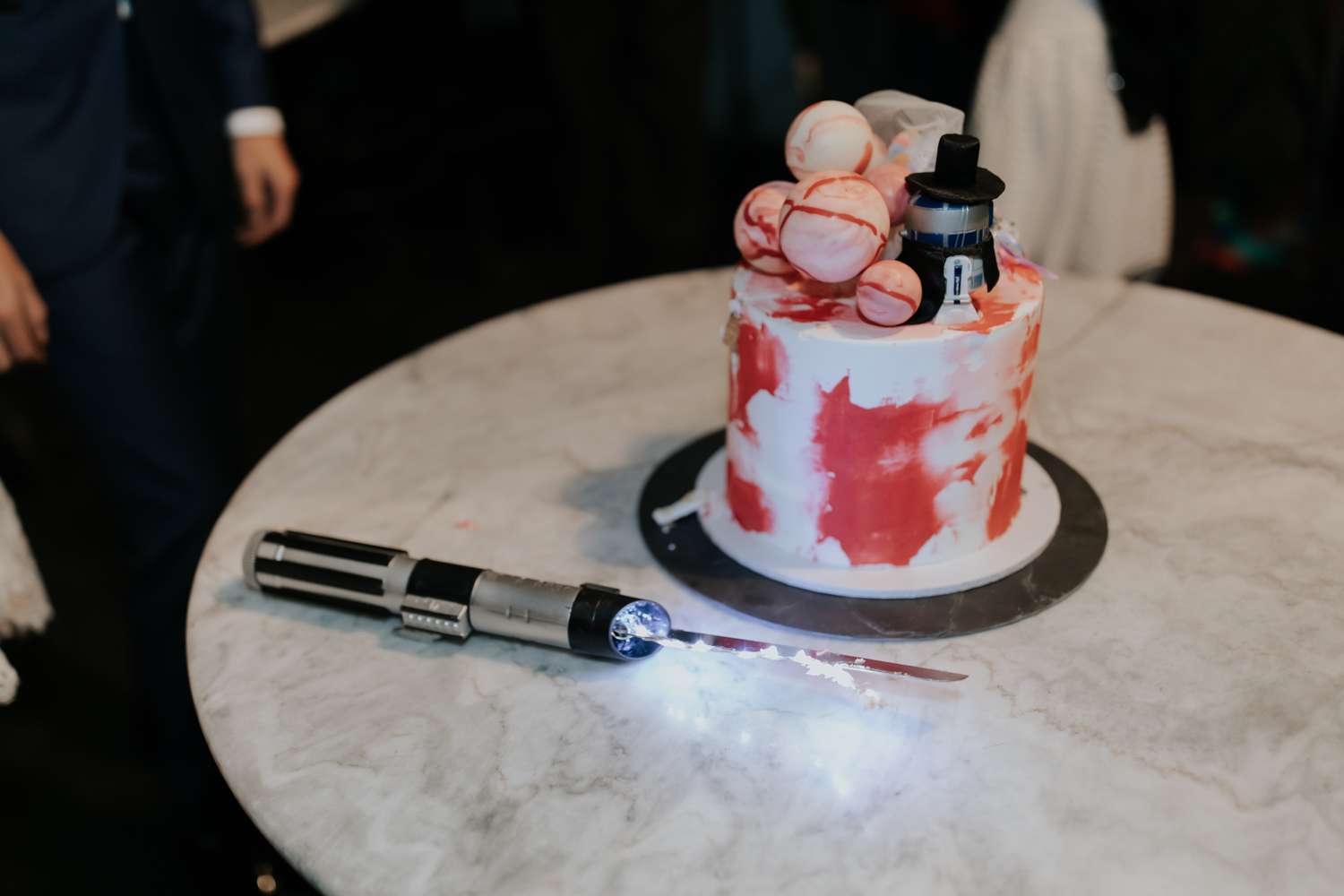 The only thing they’d change about their day, is something we hear a lot actually – they wish they’d hired a videographer. “We went back and forth about whether it was important and I kept putting it in the ‘I’ll make that decision later’ pile, until it was too late. Luckily my Great Uncle recorded all the important stuff on a little hand held camera.”

Stacey’s advice for future marrying couples is also something we hear a lot, but it’s worth repeating none-the-less. “Do it your way and don’t buy in to the bullshit! Don’t feel pressure to do or invite anyone you don’t want. Spend the money on the things you value, you can make your day as simple or detailed as you like all that is important is love.” 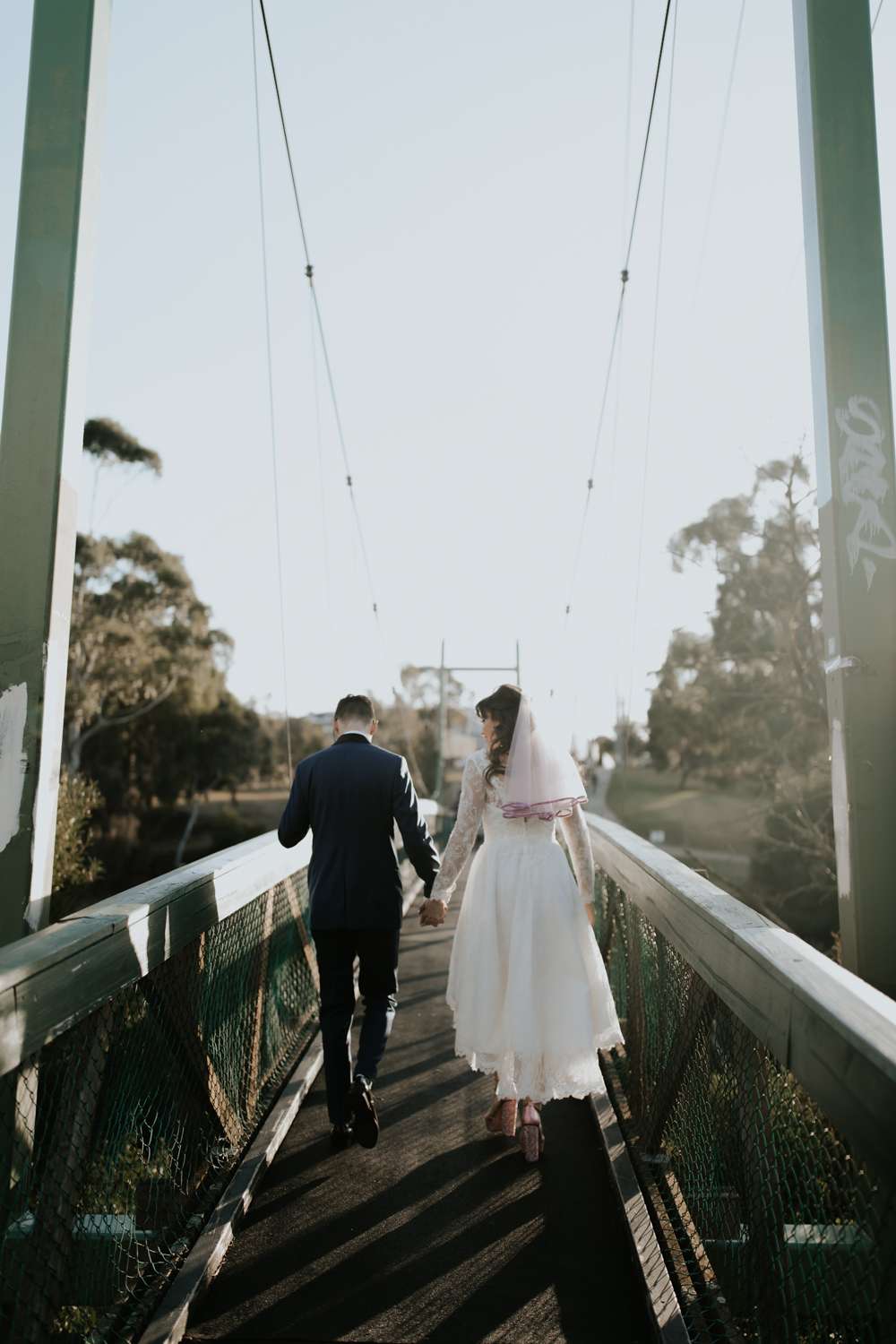 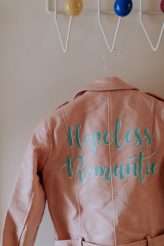 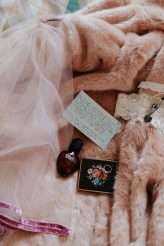 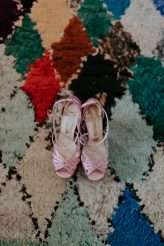 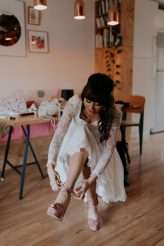 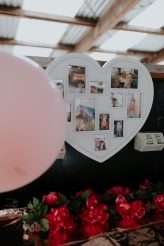 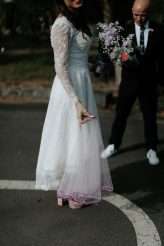 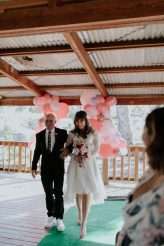 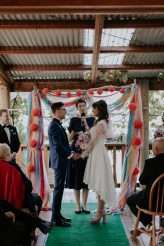 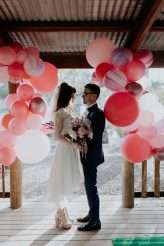 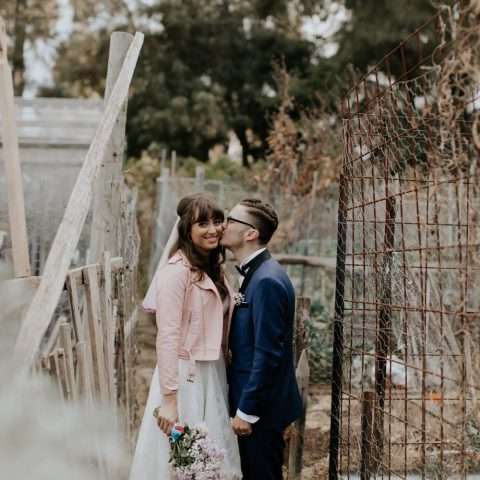 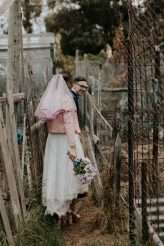 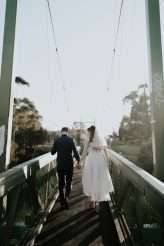 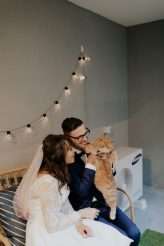 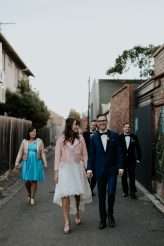 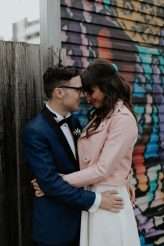 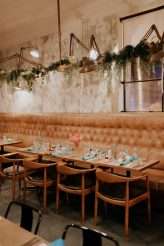 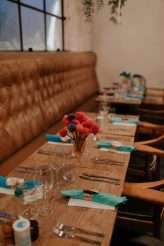 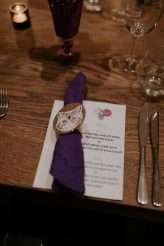 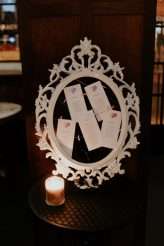 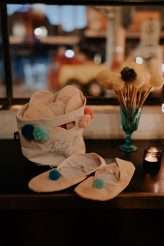 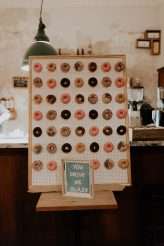 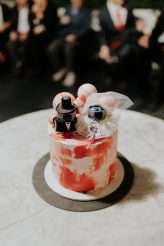 Did you ever see a wedding as pretty as this one?! From the paper poms, the delicate blooms, the pastel crockery and the flamingos, prepare to lose your shit just a little bit... Monika and Mike were married in the Hazelbrook Gardens in the Blue Mountains, Australia. The bride wore a vintage dress, which she found in her friend's attic!