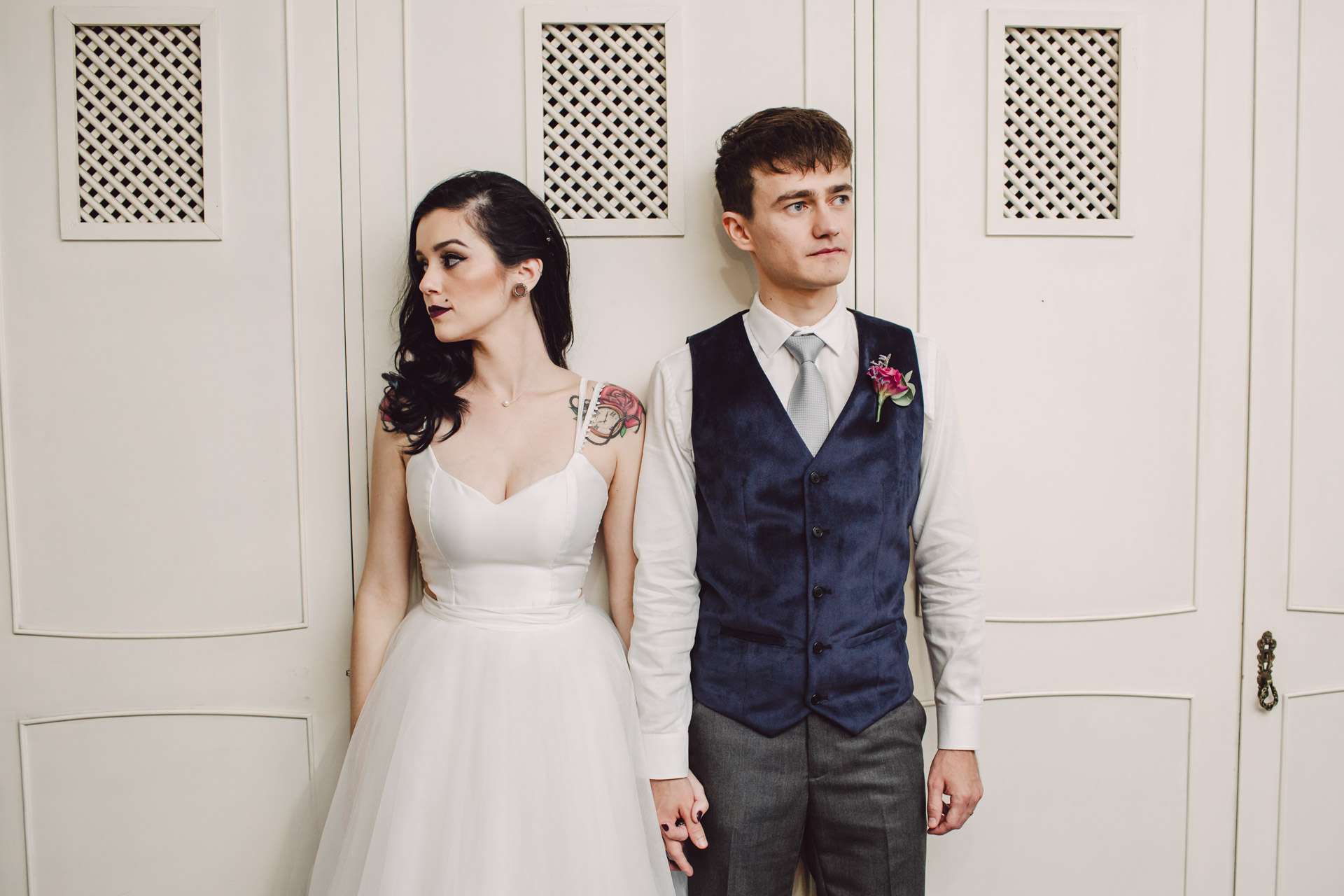 High school sweethearts Camila and Vinicius wanted to combined their love of vintage, music and rockabilly styling for their July wedding. They wanted the day to feel informal and enjoyable for their guests while not costing a lot of money. Marrying in Brazil, they also wanted to buck as many Brazilian wedding traditions as they could! 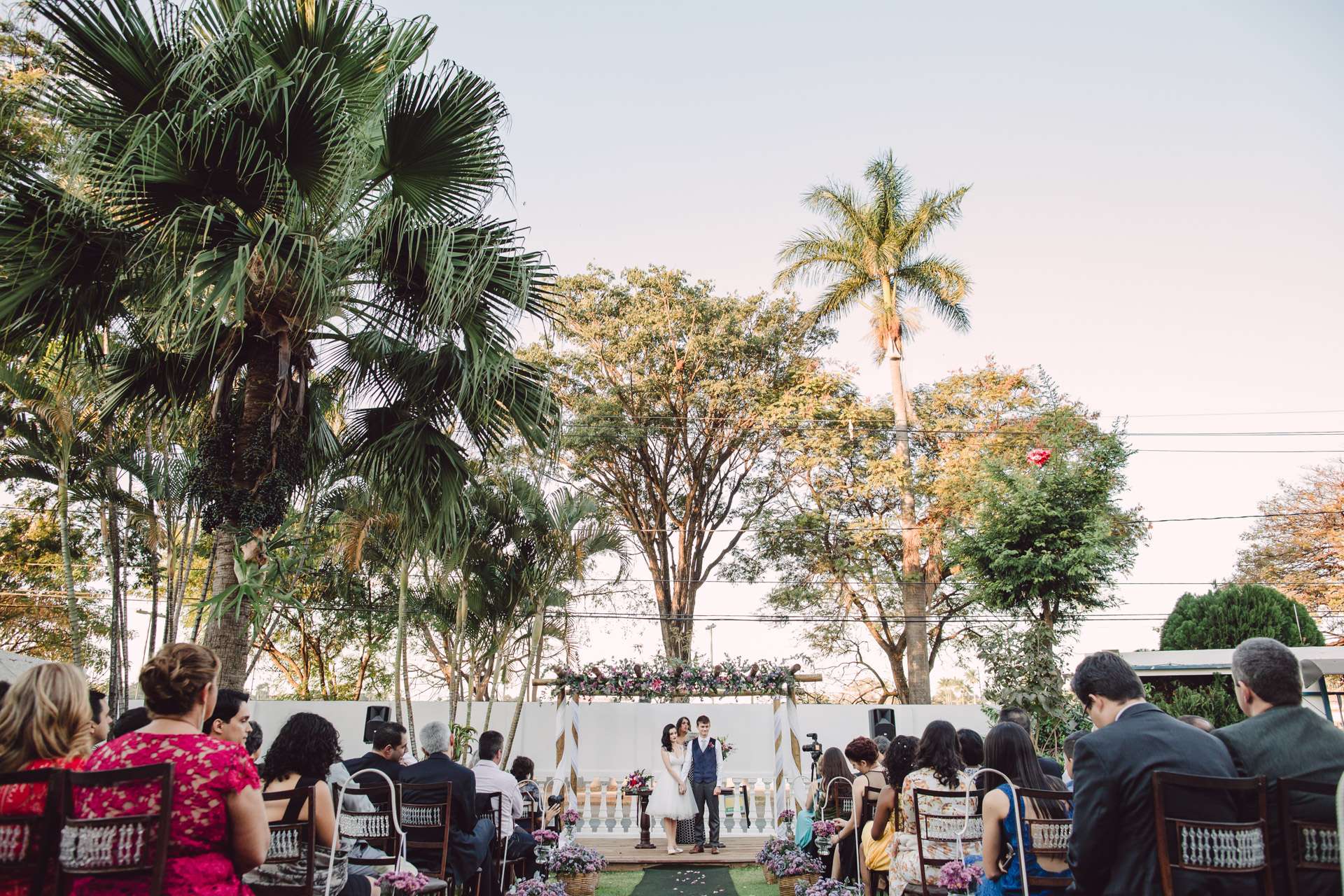 “The main inspiration for the wedding was vintage and rock culture”, began the bride. “As a source of reference, I used many alternatives weddings that I had seen on Rock n Roll Bride throughout the years. What’s more, my dress did not follow the regular rules of being long and conservative. I made my own headpiece which was a simple clip with metal spikes.” 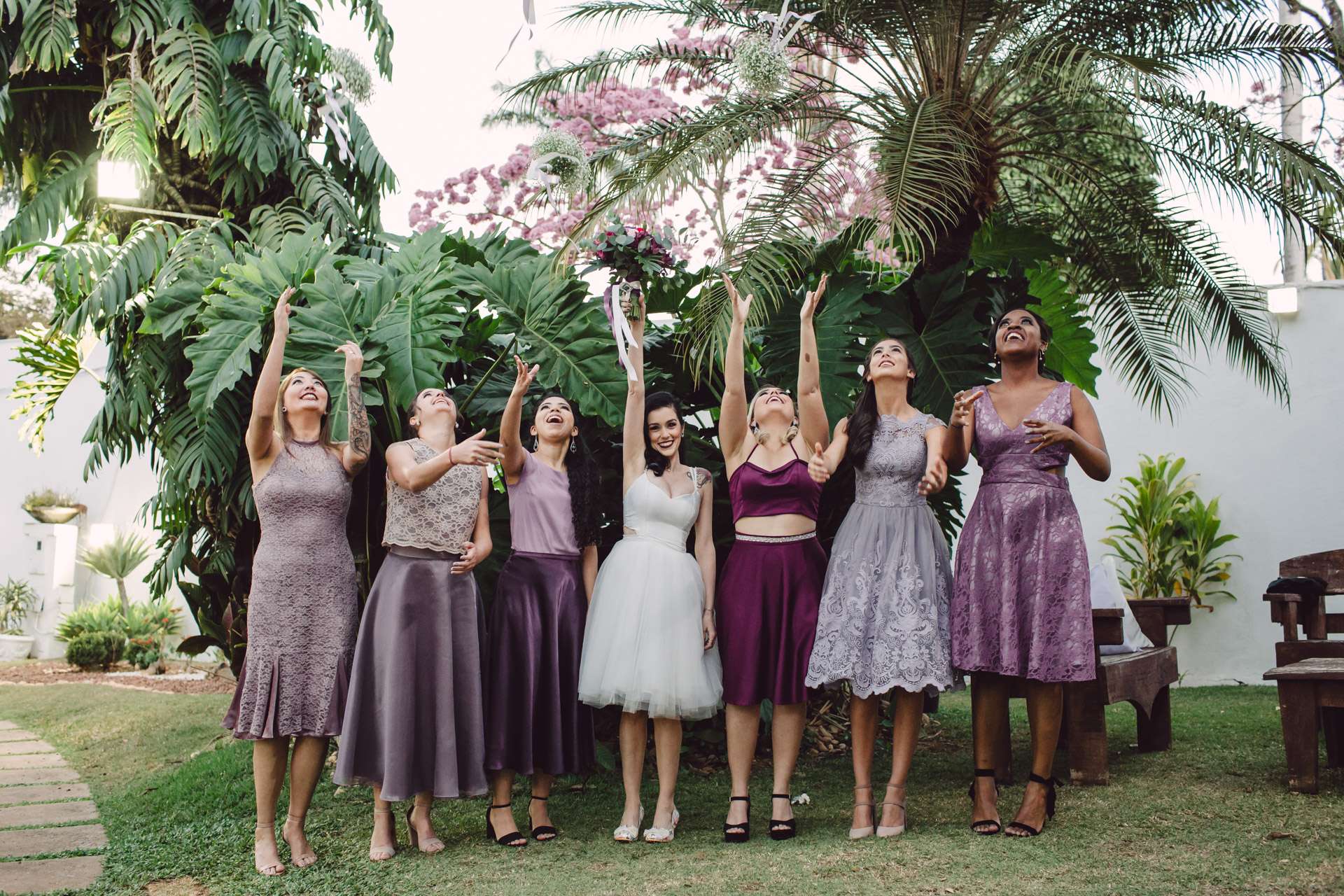 The outdoor ceremony also began by ignoring tradition. “In Brazil, bridesmaids and groomsmen don’t walk up the aisle with the bride and groom”, she explained. “We decided to mix a Brazilian ceremony with some of the English and American concepts that we’d been inspired by on Rock n Roll Bride. The ceremony was held outdoors in a beautiful, but simple, venue. We had a large house in the background and the altar was placed on a cute garden with natural plants.” 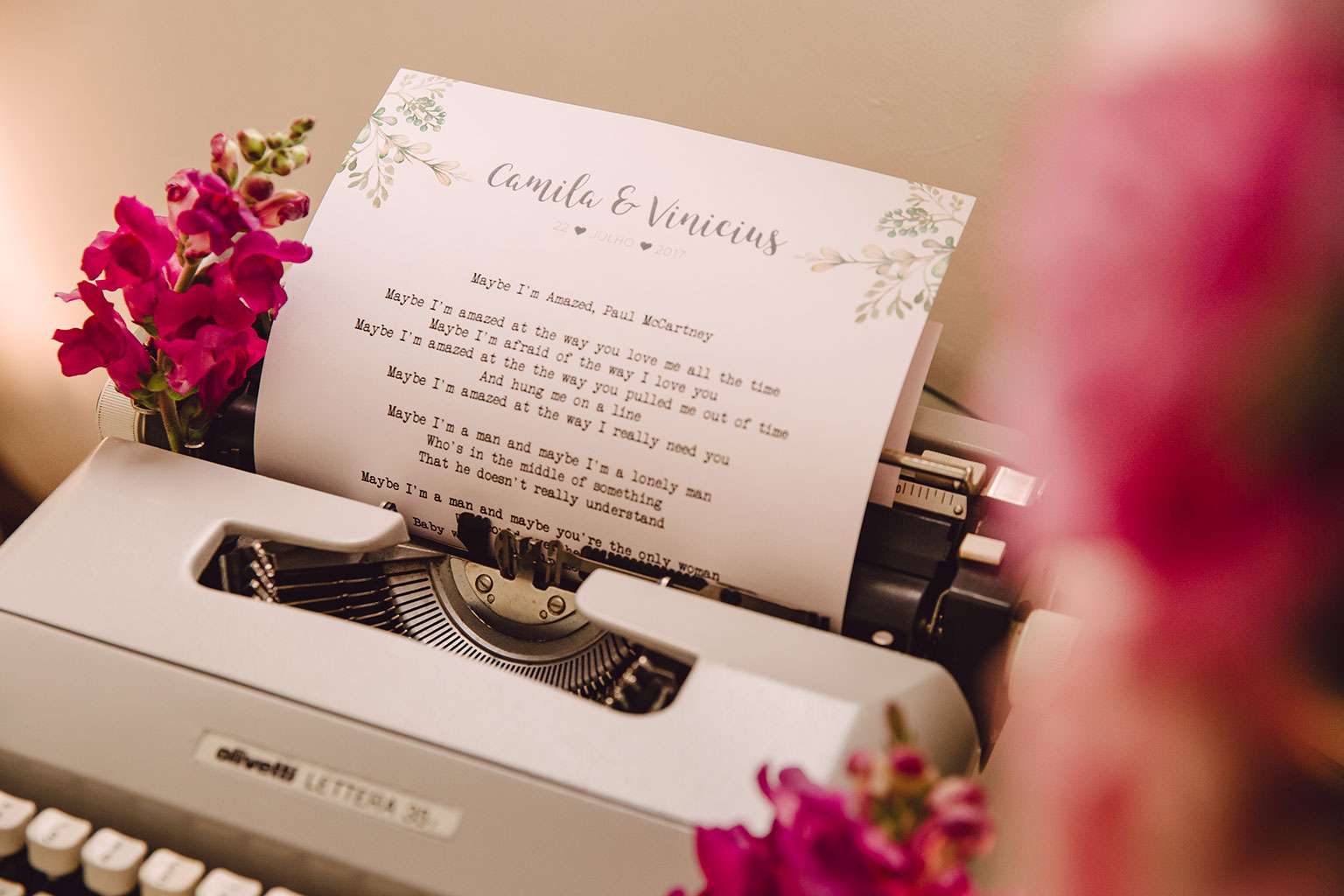 “We chose a professional officiant to guide the ceremony, with whom we worked together to write the script. As we are not religious, the ceremony was about our love, story and relationship. We wrote our own vows to each other. The text Union by Robert Fulghum, was read aloud because its message perfectly conveys what we think relationships are all about. The officiant did a short, but emotional, honour speech for our parents. Finally, on our way out, the guests blew soap bubbles instead of throwing confetti or rice at us!” 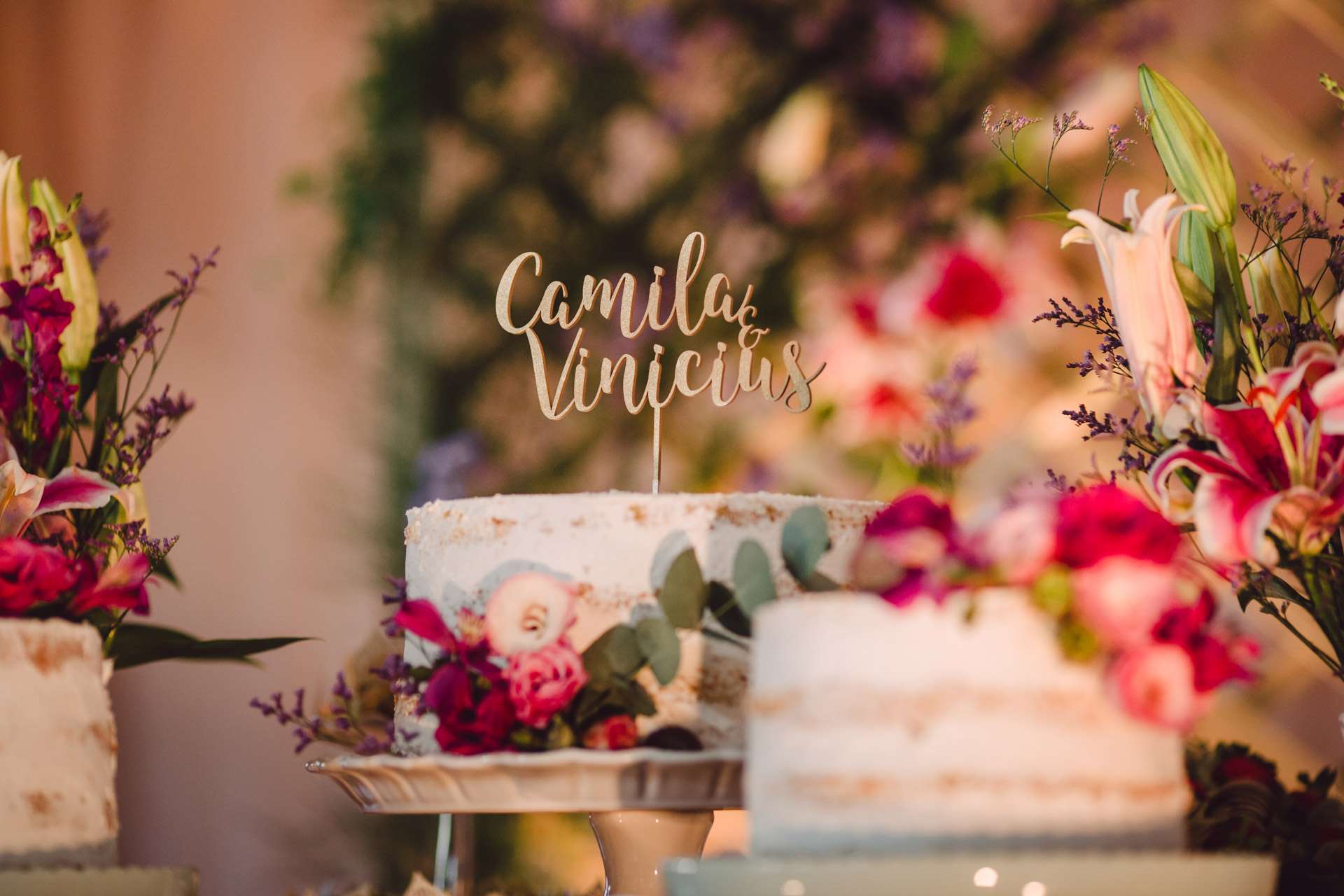 Their budget wasn’t massive, but they decided to really splash on their photos and video, instead saving on all the extras, such as decor, by doing it all themselves. “We made many DIY pieces including the stationery and my headpiece. I didn’t care about expensive jewellery or accessories. With the help of my bridesmaids, we made personalised individual tissues (Tears of Joy), napkin rings, bubble bottles, cute baskets for the bathrooms, personalised hangers and the cake topper.” 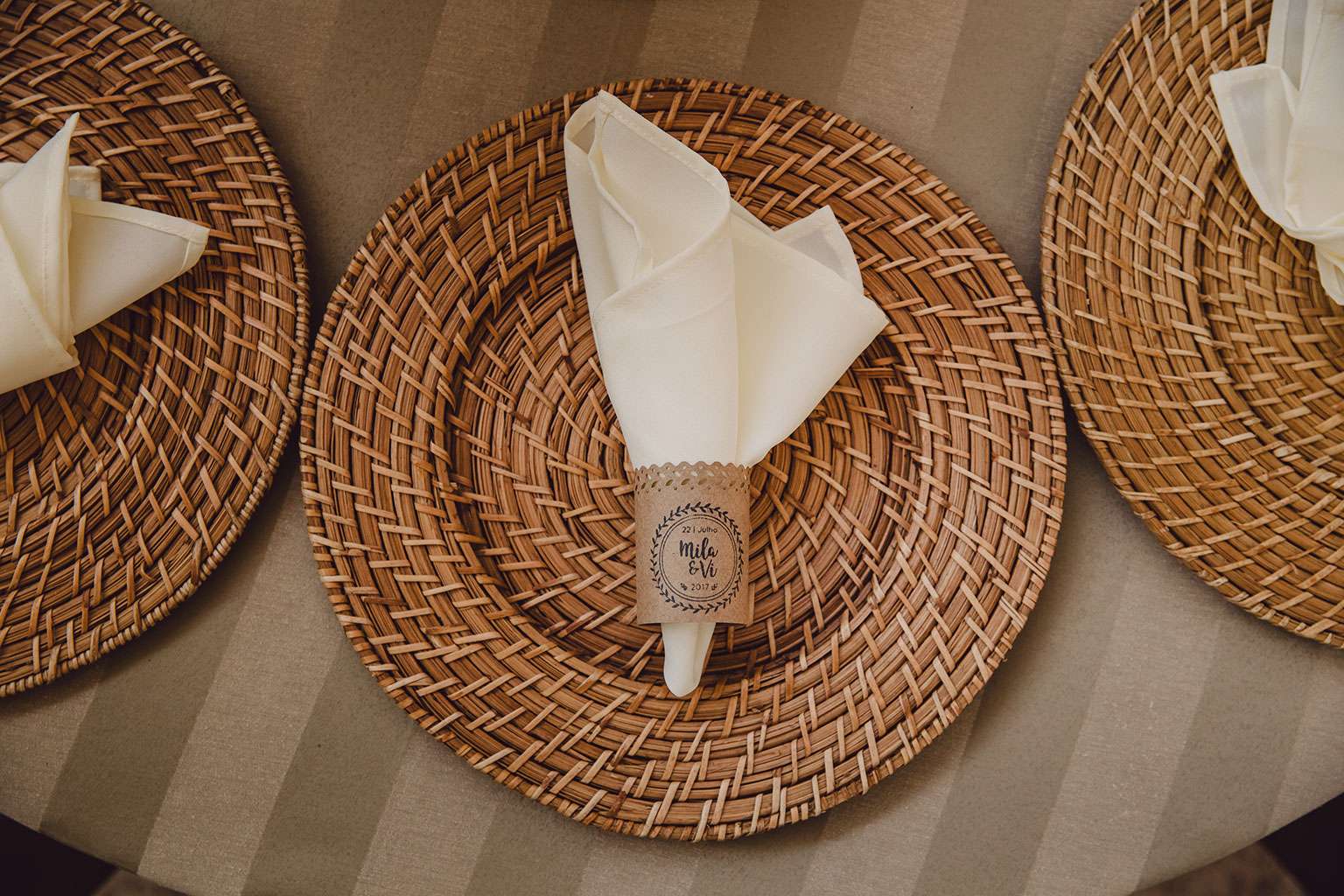 “I also made some of the decor pieces, such as the love sign and my father-in-law helped me craft the wedding sign with a fruit box at the entrance. Instead of giving expensive souvenirs to the guests, we gave a small traditional Brazilian cake known as ‘bem-casado’ (well-married, as a free translation). We saved by not hiring musicians for the ceremony or reception. We played our own music for the ceremony and had a DJ for the evening.” 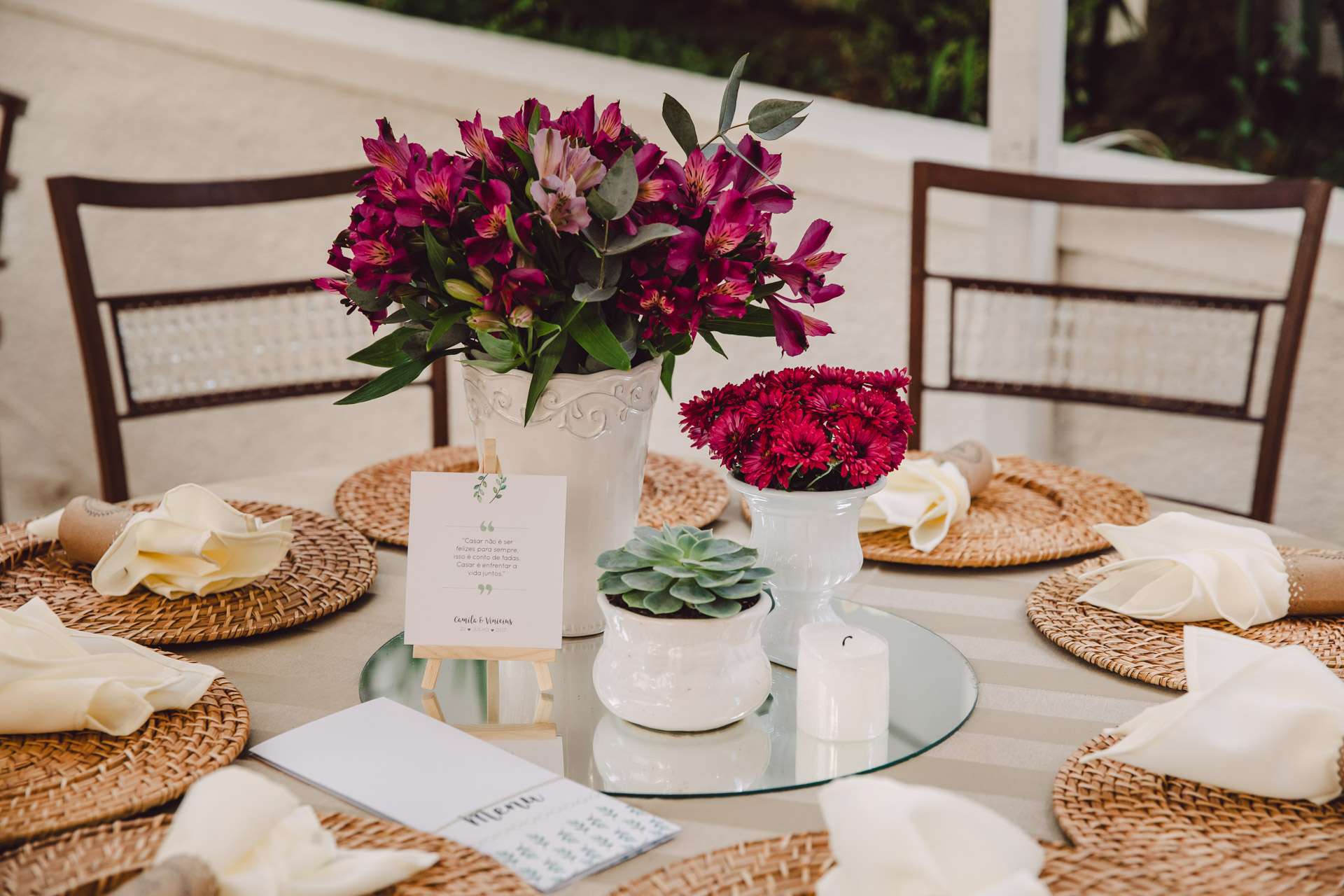 “Our favourite thing about our wedding was seeing the end result and being happy that all guests, as well as ourselves, had a great time.” 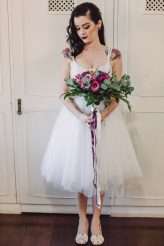 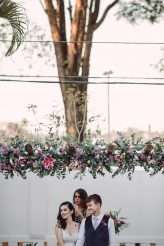 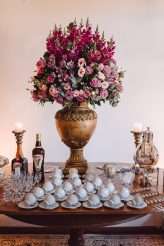 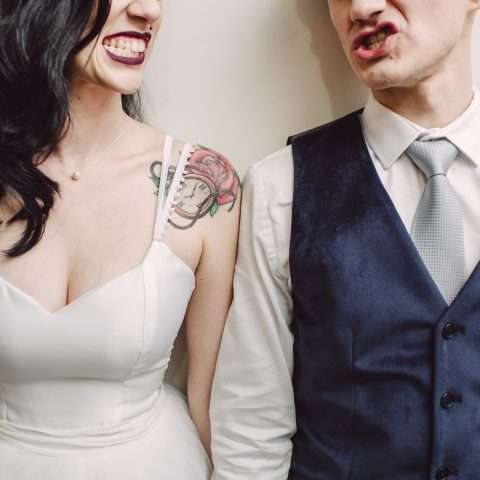