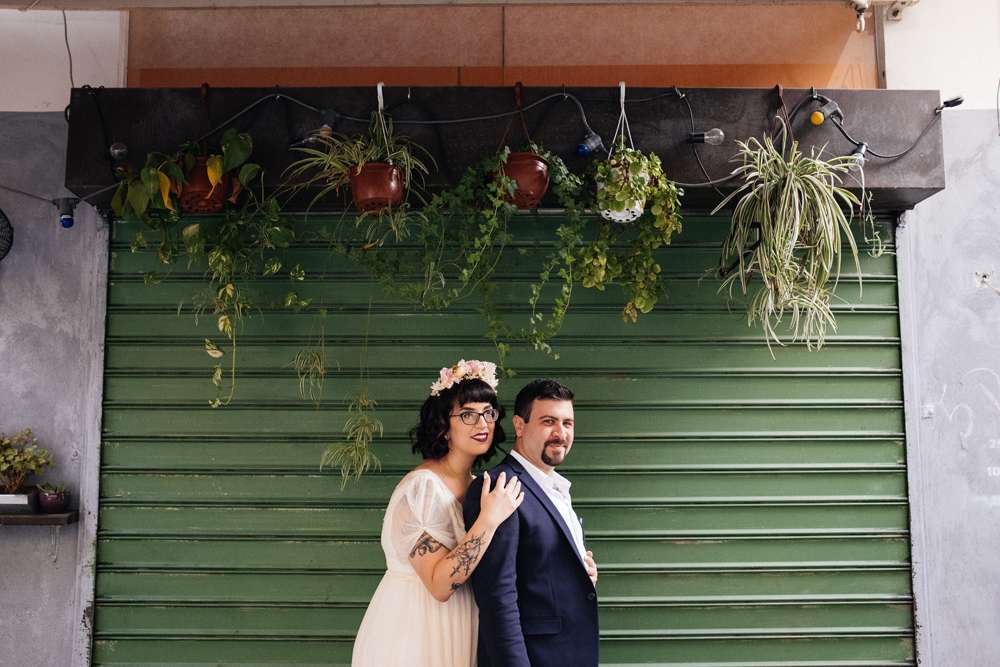 I’ve never been to a Jewish wedding, but celebrations like Shira and Irzik’s make me hope I can one day. Look at all that joy! The couple were married in November (on the bride’s birthday!) in Old Jaffa, Israel. Their wedding theme was mostly influenced by the bride’s dress, made by Israeli brand Shimka. The vintage inspired cut and fabrics sent their wedding in a rustic yet elegant direction. 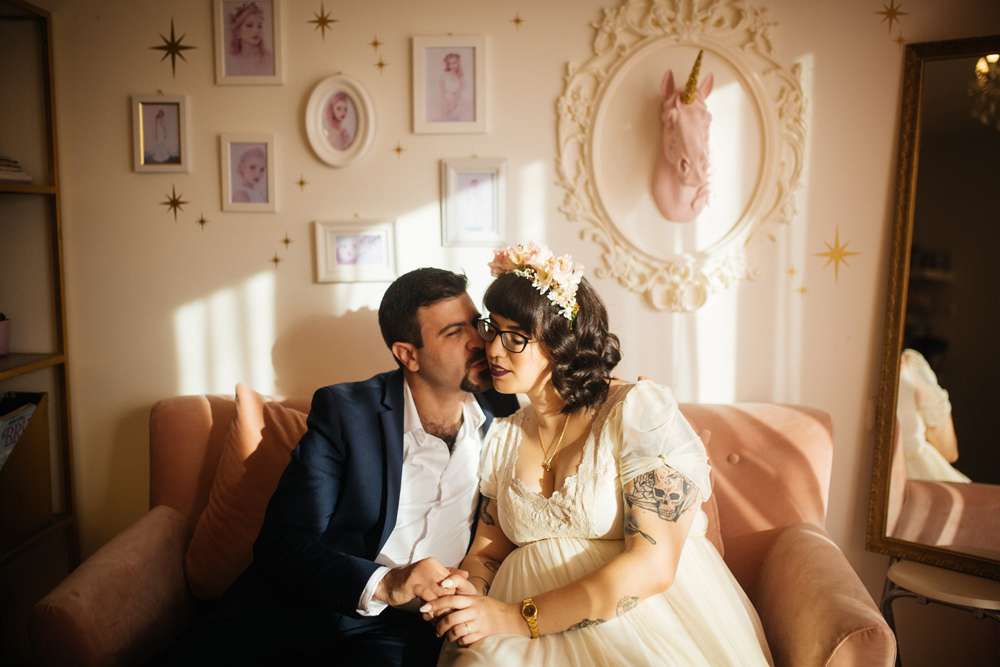 “My beautiful dress and the venue were both with a vintage and romantic vibe to them, so we wanted to keep that theme in the wedding design,” explained the bride. “We mixed it with some subtle quirky and alternative vibes. My groom designed the wedding logo to put on the stationery.” 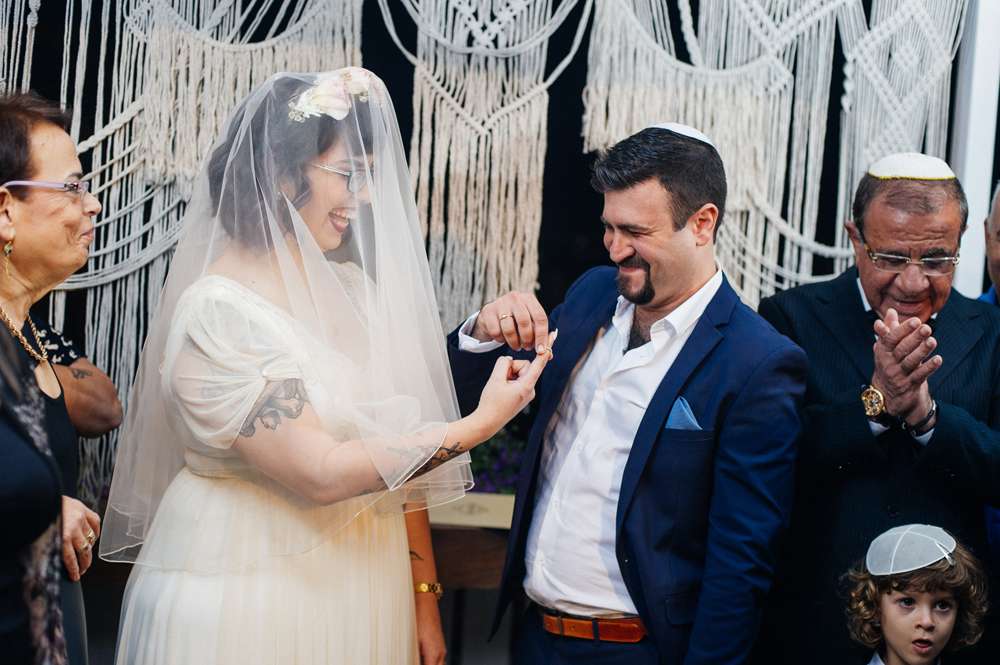 “We tried to let our personalities and style to be shown in every aspect we could – in the decor, my dress, hair and make-up. The location where we chose to be photographed (urban area with a lot of street art) was also very ‘us’. We really tried to keep it simple to really suit our personalities, and to keep it different from most of the weddings that usually held here in Israel. They are usually really flashy and full of gimmicks but in the end all look the same.” 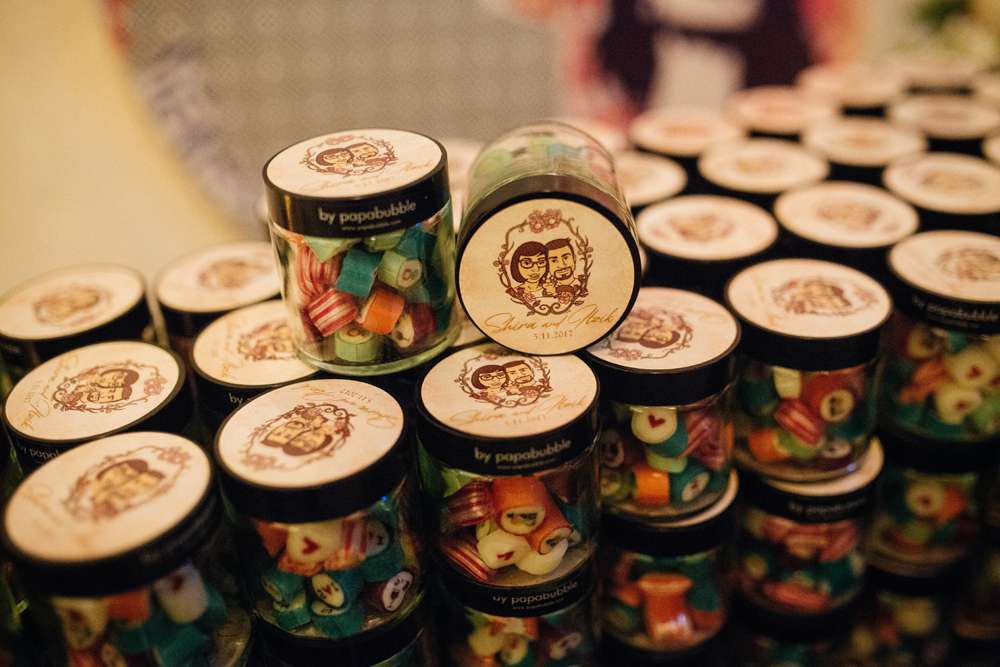 The ceremony was a traditional Jewish ceremony but they put their own stamp on it. “It was under the sky on the roof of the venue with a big full moon above us and the sea air around us”, Shira said. “Although we are not religious at all, it was very exciting and romantic. We were thrilled with joy and surrounded by love. It was magical! It’s was amazing to celebrate our love and commitment with our families and friends around us.” 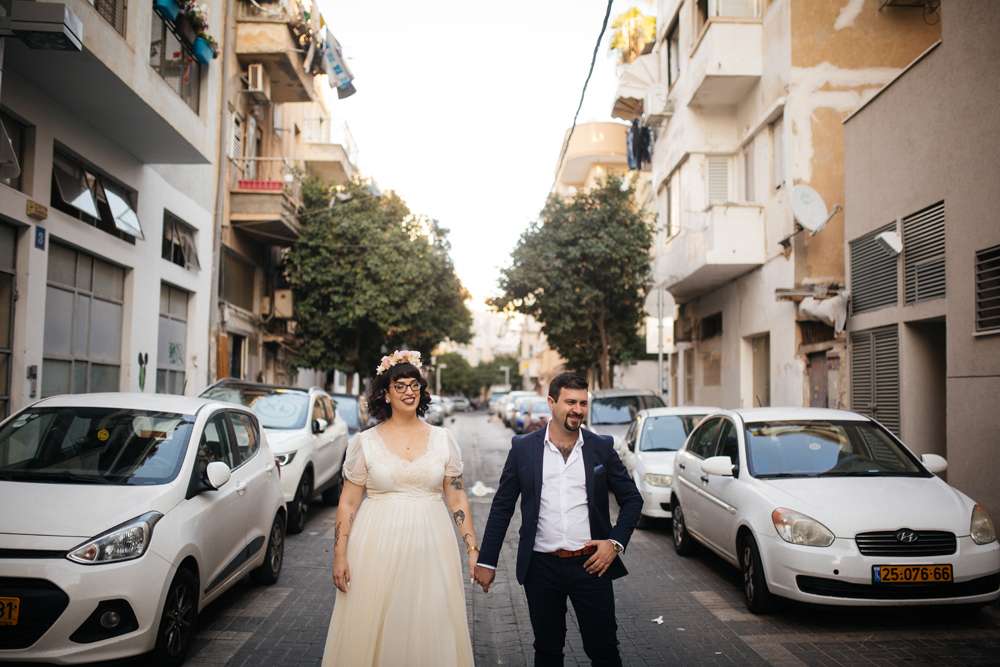 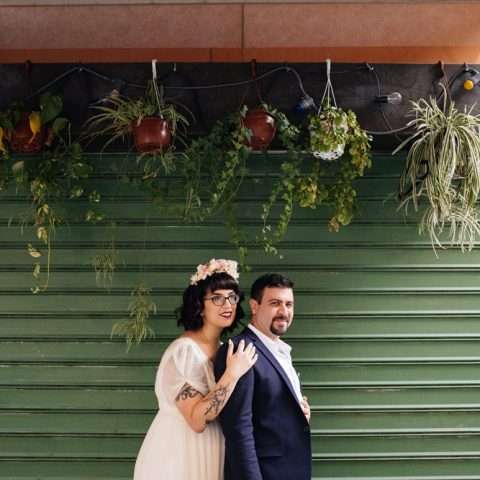 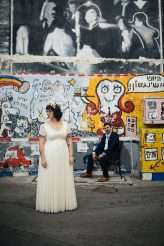 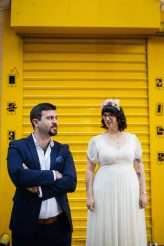 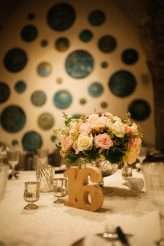 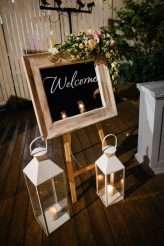 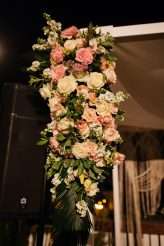 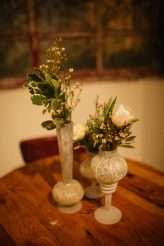 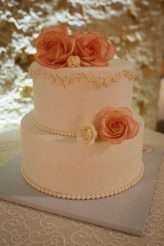 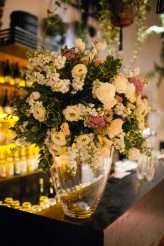 Shimrit and Liron planned their Jewish wedding in Tel Aviv in just a month. Because of the short time frame they ignored a lot of traditions and forgot about having lots of extra details. They kept things simple and affordable.