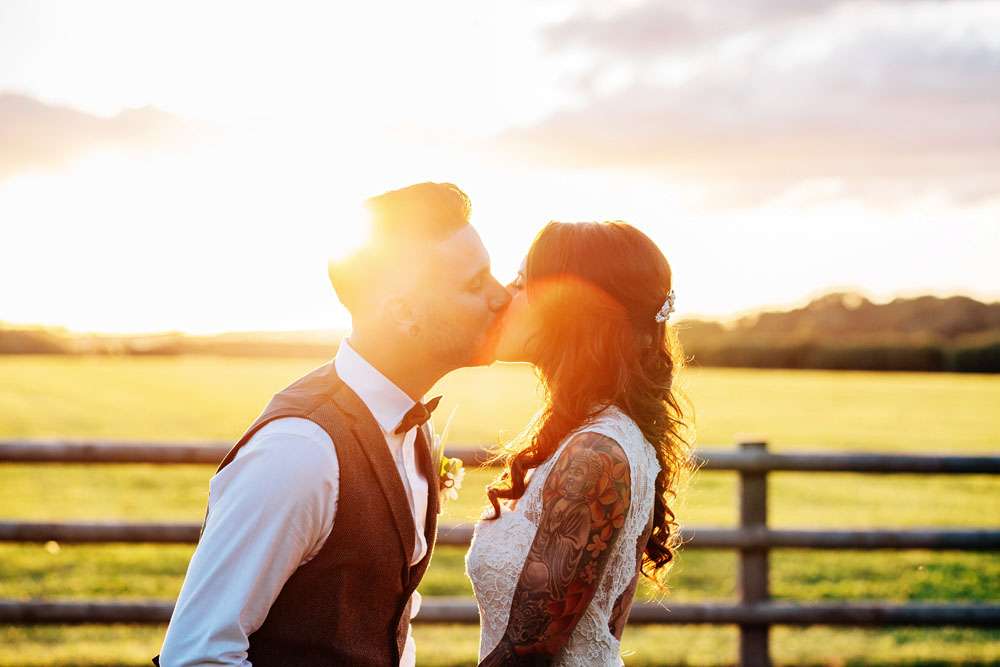 Lorenzo and Jodie met on a dating website. Their first date lasted 48 hours and they’ve been inseparable ever since! For their September wedding they wanted something to reflect their own style, so that meant something was relaxed, alternative and vintage inspired.

“We both wanted the wedding to be about our guests in a relaxed atmosphere but with a vintage theme (there was lots of browsing on Pinterest!)”, said the bride. “We wanted to express our personality throughout the day, which included little quirky props and all tattoos on show!” 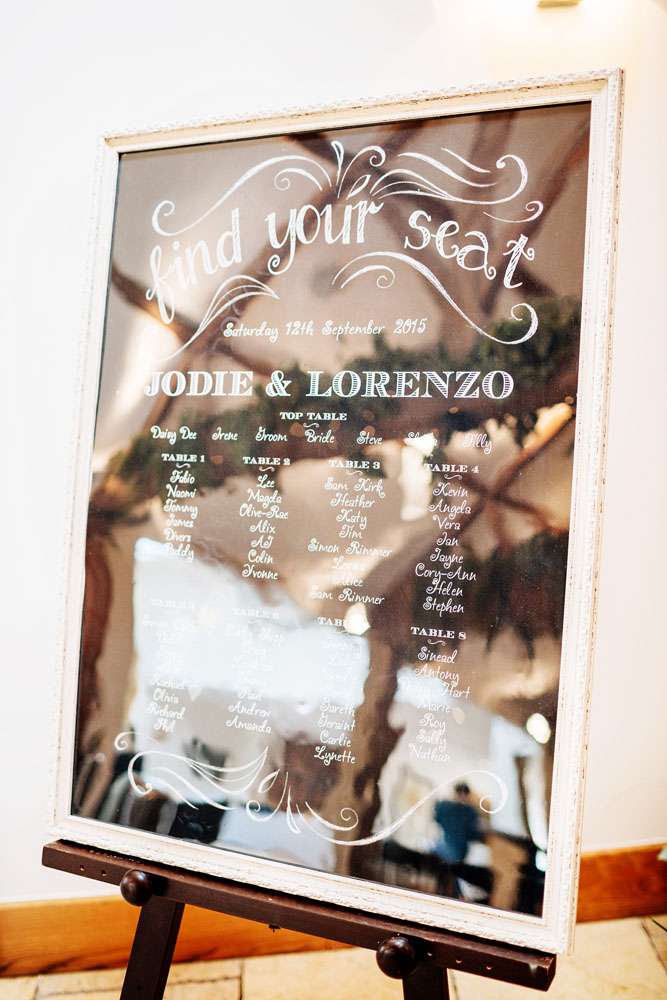 “Our ceremony was very relaxed with a fantastic, friendly registrar. We didn’t have any personal vows but even without them, it was very emotional.” 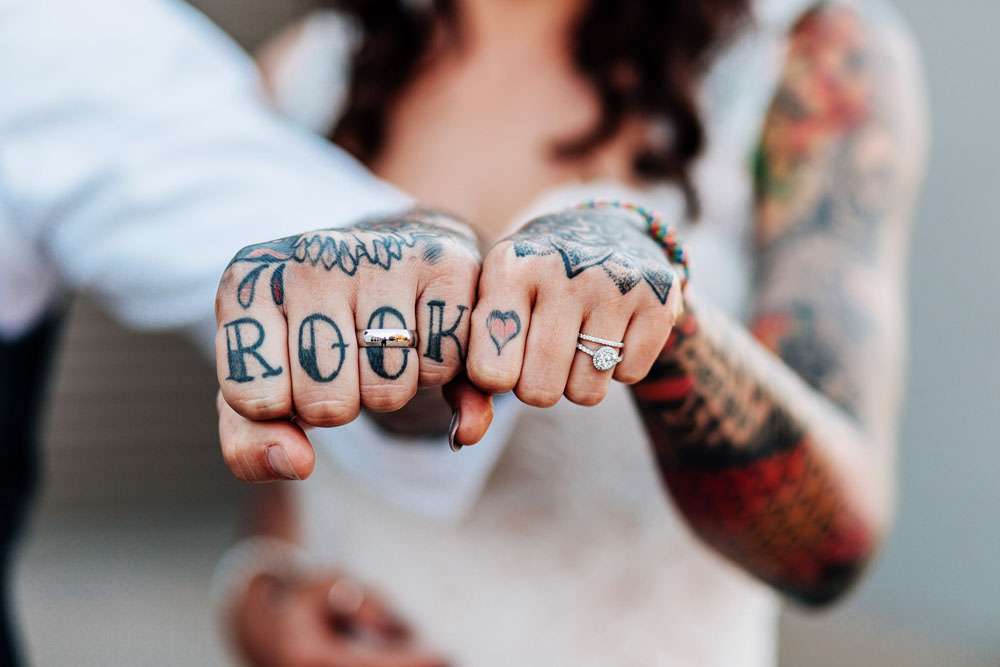 The evening reception was the couple’s favourite part of the day. “We had an open-mic in the evening as the entertainment. Lorenzo was in a punk band for 11 years so we really wanted a musical influence! Our wedding also was about his side of the family (a very large family with members all over the world) all being able to reunite and enjoy the day with everyone who means the most to them.” 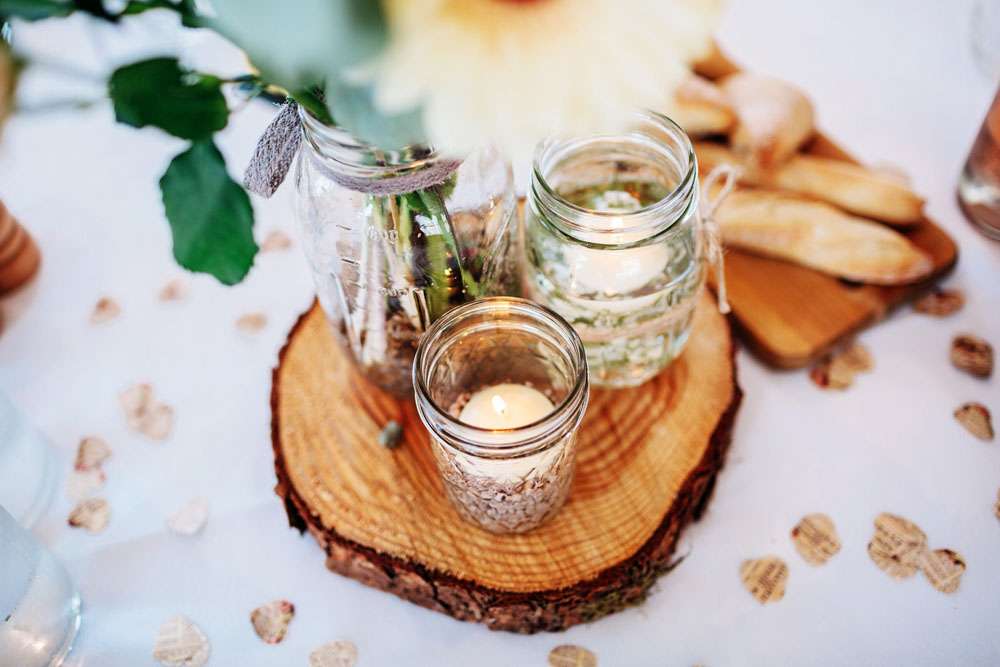 “Most of the decor was collected by ourselves. We were adamant we wanted real, rustic wood slices for the centrepieces and for the cupcake display. After heaps of research we came to the conclusion it was going to wind up far too expensive (over £400). This was when i got into contact with an old school friend, who is a tree surgeon, we sent the measurements we wanted, and we ended up with all the wood slices we wanted for a donation of £20!” 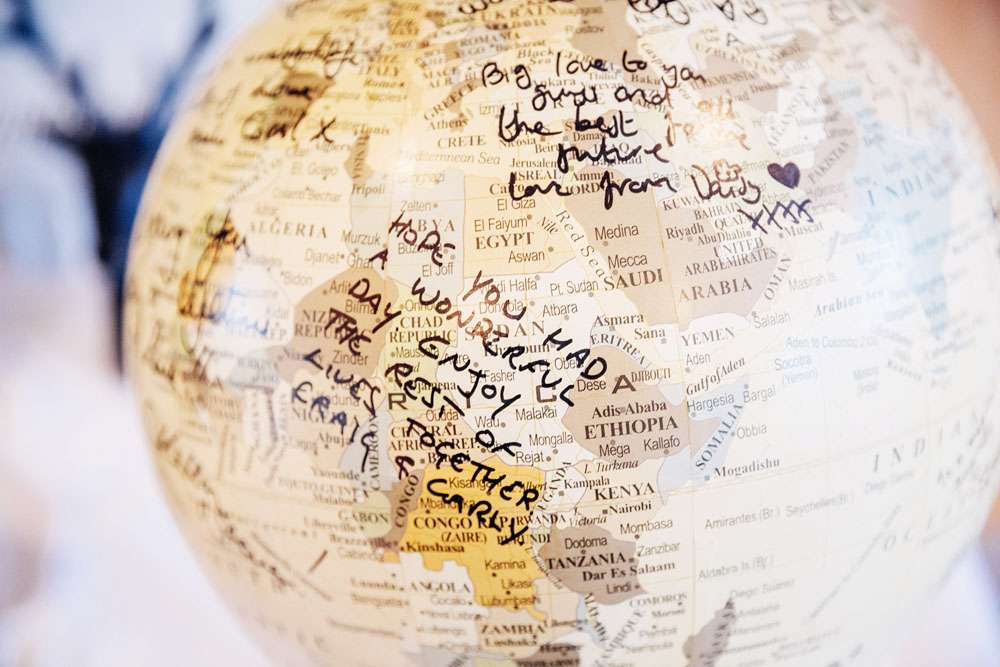 “My advice to other couples would be to enjoy every single moment of the planning, along with the big day”, concluded Jodie. “It really is all over so quickly!” 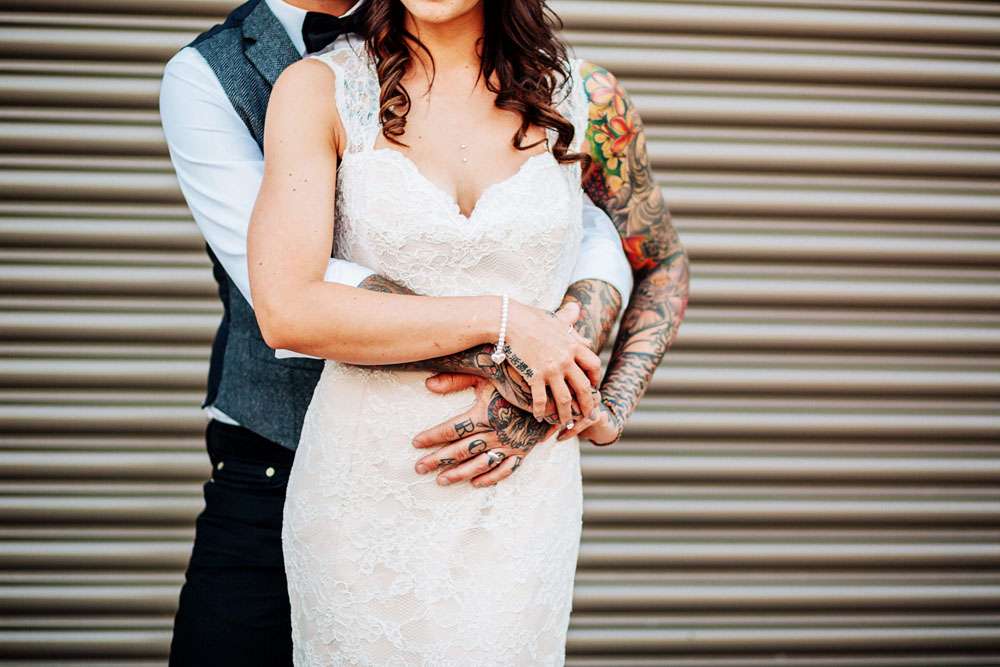 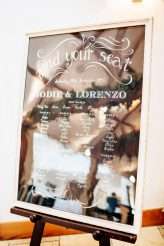 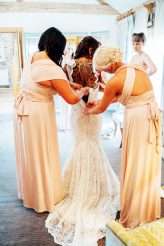 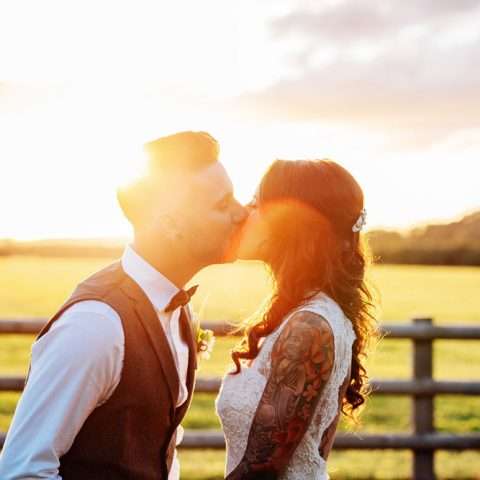 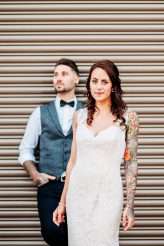