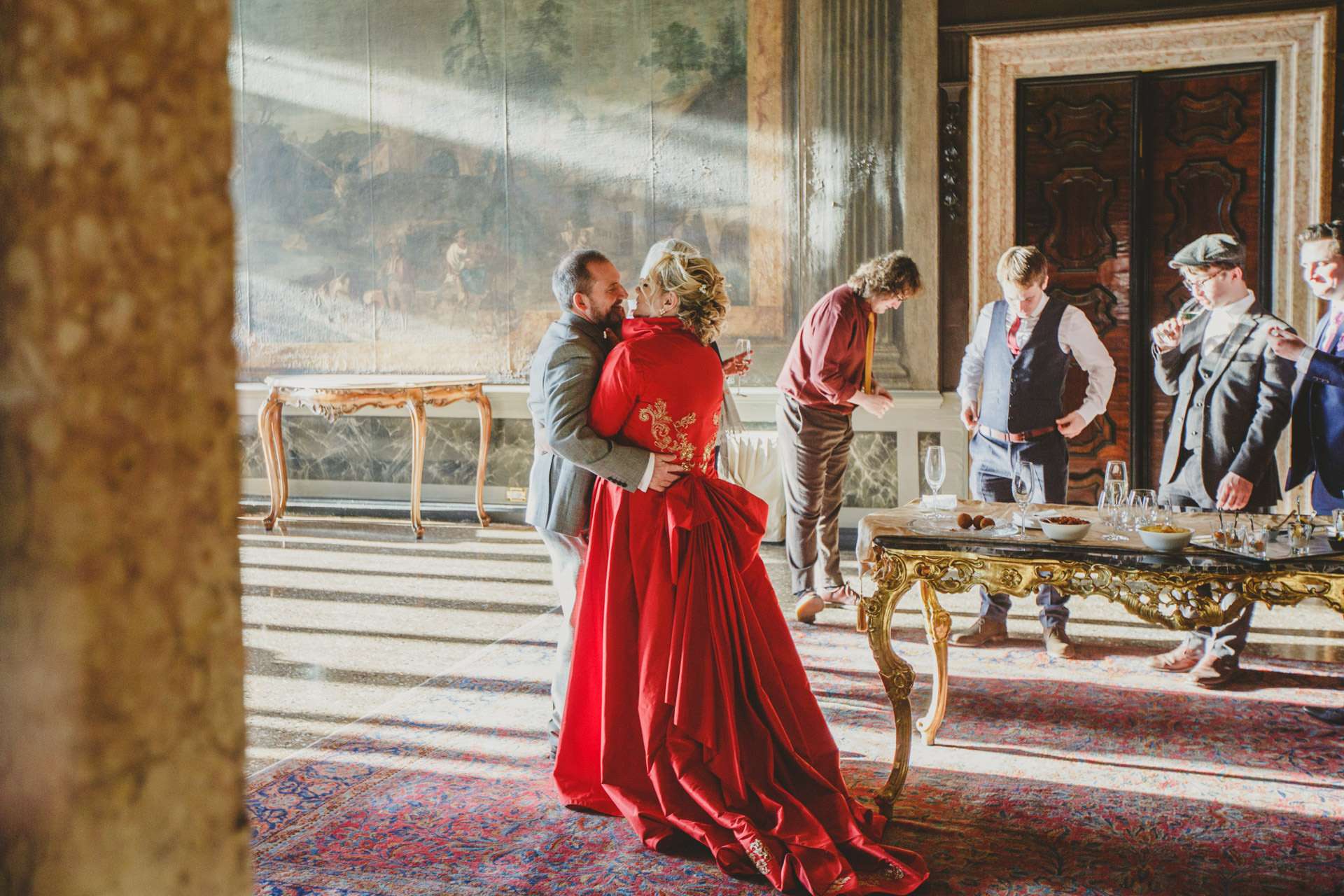 We love to celebrate love on Rock n Roll Bride, which is why it’s so nice to see alternative vow renewals as well as original ceremonies on here too. Jenny and Alan’s is no different – on the 30th December 2016, they took to Venice with their four children to renew their vows (made on New Year’s Eve 1991!) and looked every inch the gorgeous pair. Their inspiration was “25 years of marriage, four fabulous children, amazing city celebrations, and setting the tone for our future…” 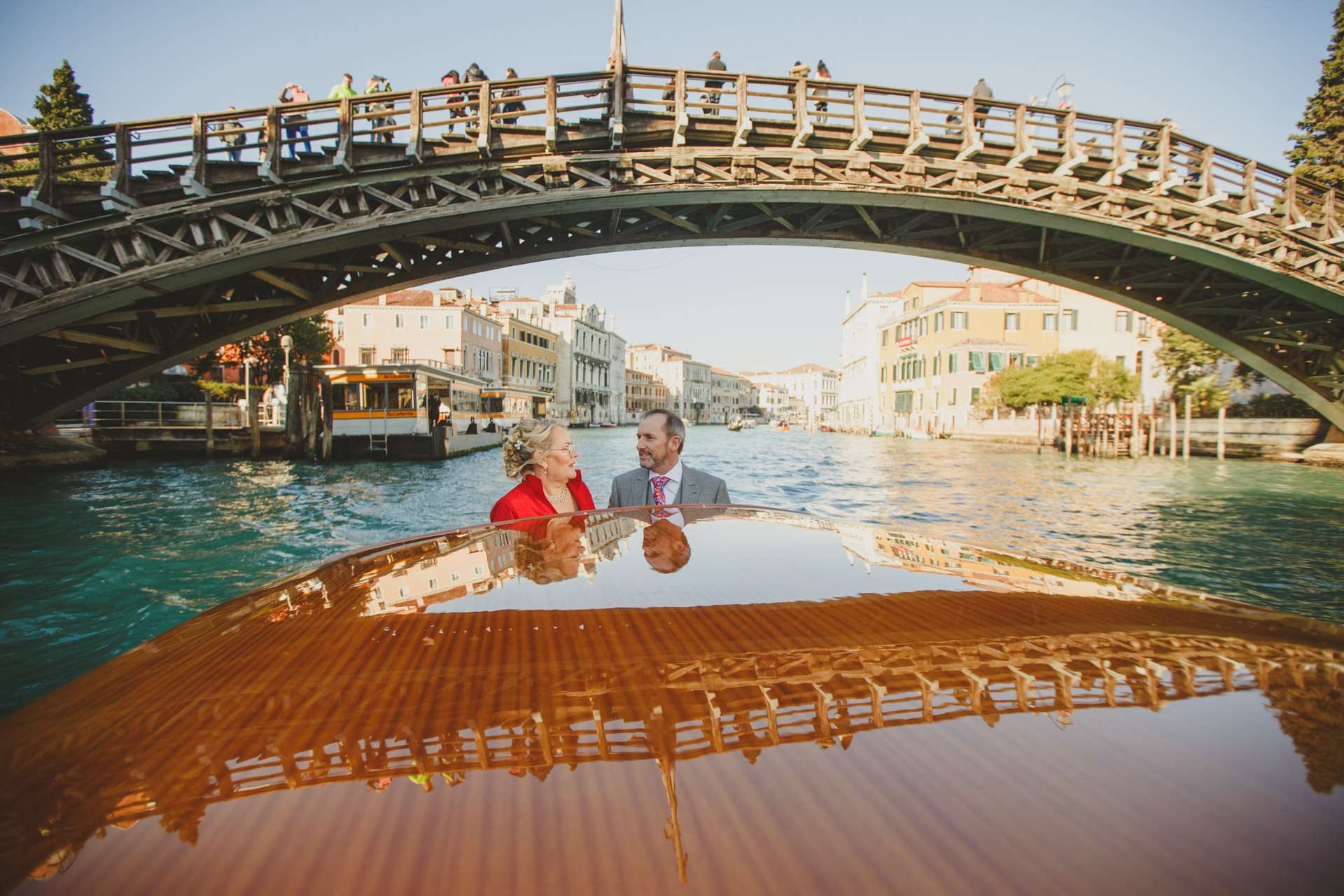 “Our four sons flew into Venice on the morning, so we had not seen them before the ceremony. We had to trust they had arrived and been whisked from the airport on time!” Jenny remembers.  “As everyone else disappeared we walked slowly up the stairs of Ca Segrado, which they’d lined with candles. The sound of Italian opera could be heard as we got to the doors of the reception room which was flooded with sunshine and we couldn’t see the boys. Then I caught sight of the peak of my youngest son’s hat (he has a Peaky Blinders look going on!) Both Alan and I were really overcome at that point with emotion and we said it felt like we were getting married for the first time. We hugged the children in turn and then sat on our chairs at the front.” 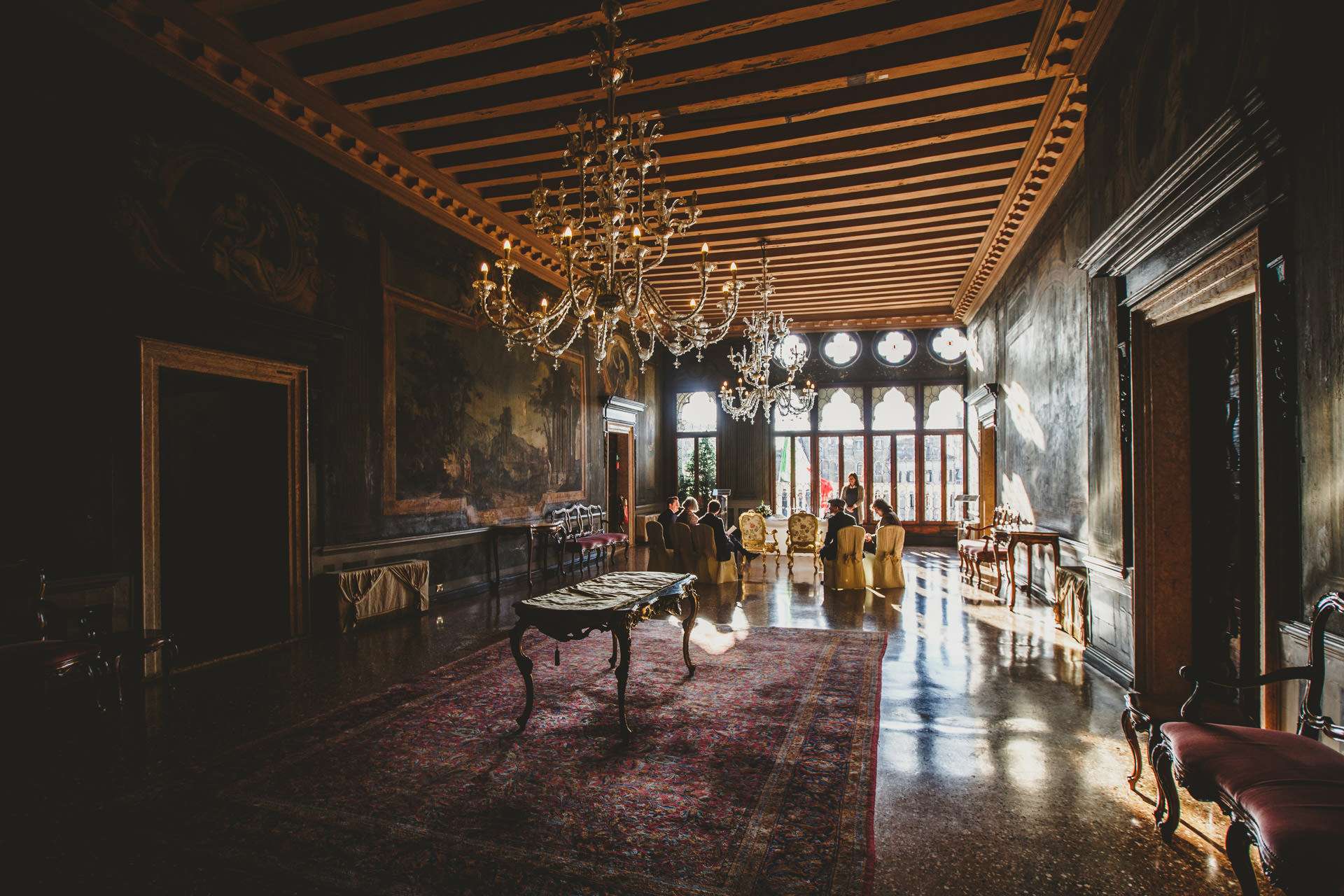 Jenny and Alan had their ceremony first in Italian, repeating their handwritten words to each other in English afterwards. “My rings were very special as they were made by my twin brother, who was a Goldsmith,” Jenny continues (these became even more poignant after the ceremony, as Jenny’s twin was sadly and suddenly passed away three weeks after the ceremony). “There are four stacked, one for each child, but each different. It was moving, emotional, beautiful, a moment I shall never forget. The celebrant said she’d never performed a ceremony for an occasion like ours – with all our children there and with our words being said in Italian!” 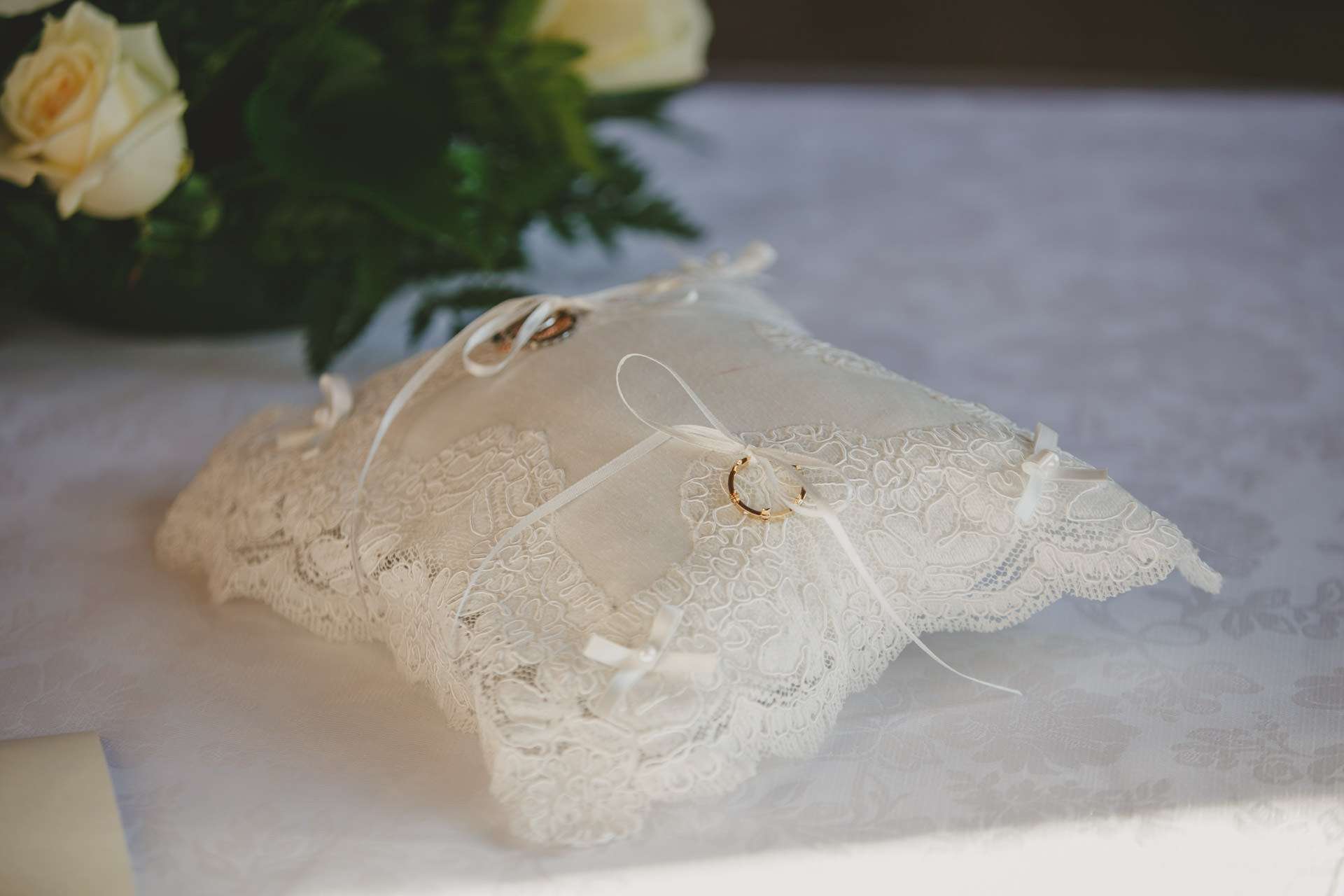 Jenny and Alan say their favourite part was “the whole amazing adventure unfurling, and not having lots of pre-conceived ideas. It was brilliant being led by the wedding planners at Italian Lakes Wedding Planners who just kept suggesting options we should then go and research.” 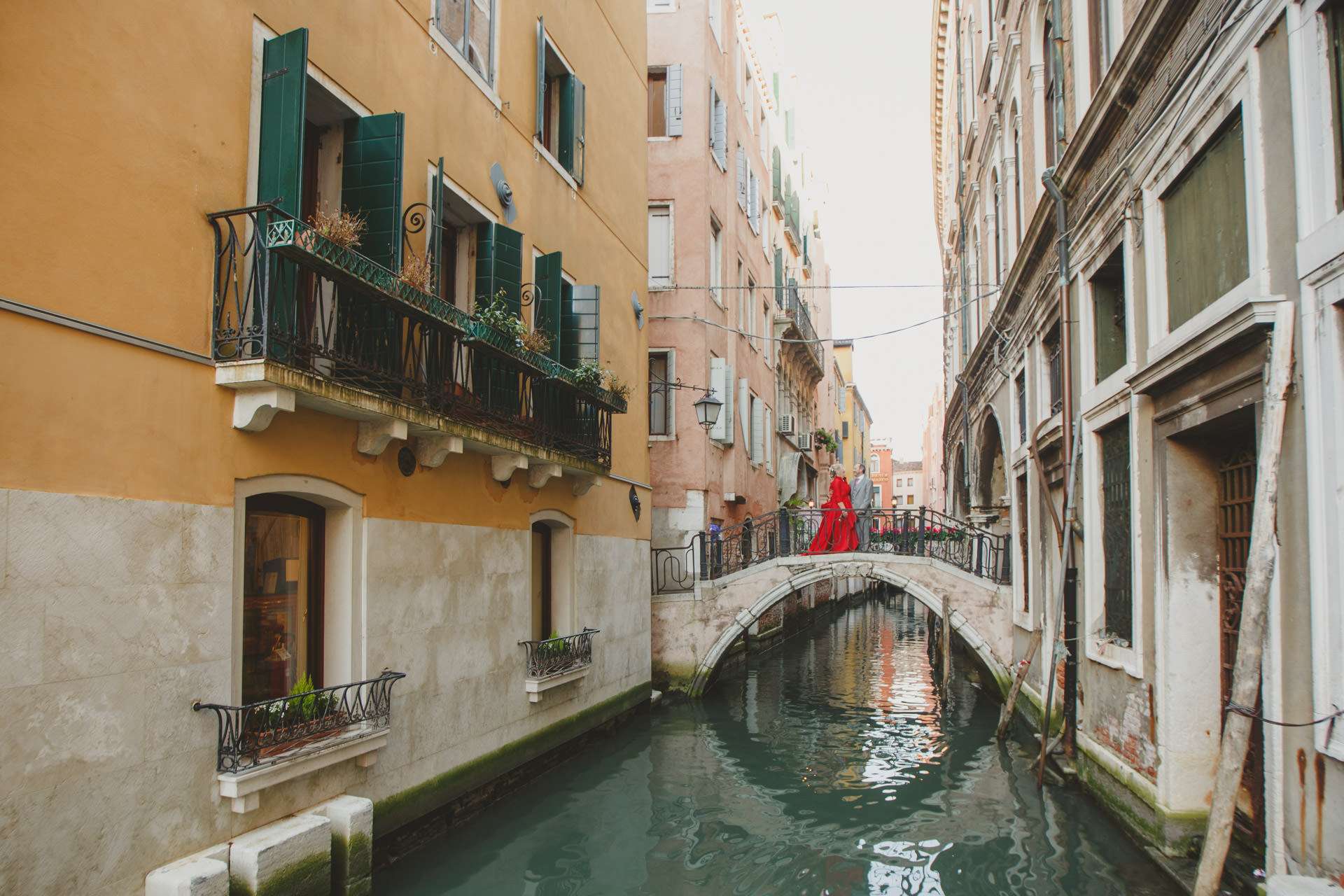 If those gorge canal side and palatial Venetian views weren’t enough, let’s just discuss Jenny’s dress! She worked with Catherine from Catherine Blades Couture to have a bespoke dress made for the occasion. “I chose Catherine because she’d worked for Alexander McQueen, and all I said was red and some gold,” Jenny explains, “Being a Rubenesque 60 year old meant it had to be just right, and everything about it was perfect. I felt like I was wearing it, not the other way round, and I felt magnificent.”  And looked magnificent, may we add! 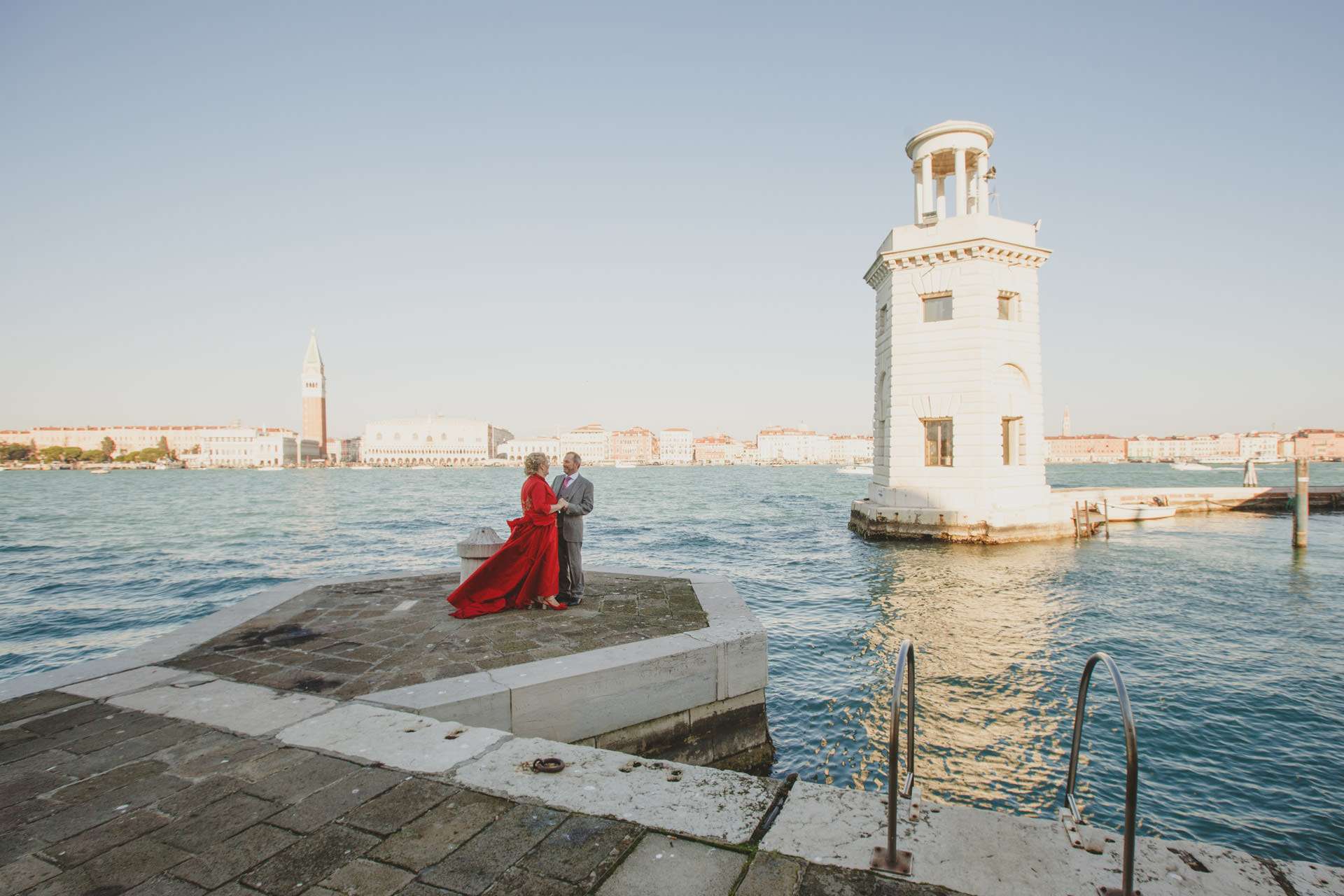 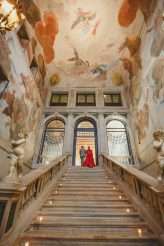 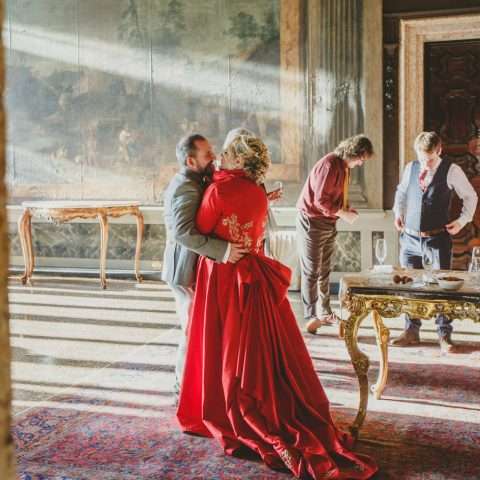