I hadn’t planned on talking about our bathrooms for a while. Although they both definitely need replacing at some point (the downstairs on is a delightful shade of avocado) they were perfectly functional, and actually in much better shape than the one in our own place, despite their age. That was, until this week when I dropped a glass bottle in the sink in the upstairs bathroom and shattered the thing… No, not the tiny glass bottle of Primark room spray, THE ACTUAL FUCKING SINK. Ughhh, how is that even possible?

I took to Twitter to moan/ ask for advice and although people suggested using sealant in the interim until we were able to replace it, Gareth has informed me that the crack is probably too significant for that. The sucker literally goes ALL THE WAY THROUGH. FML. 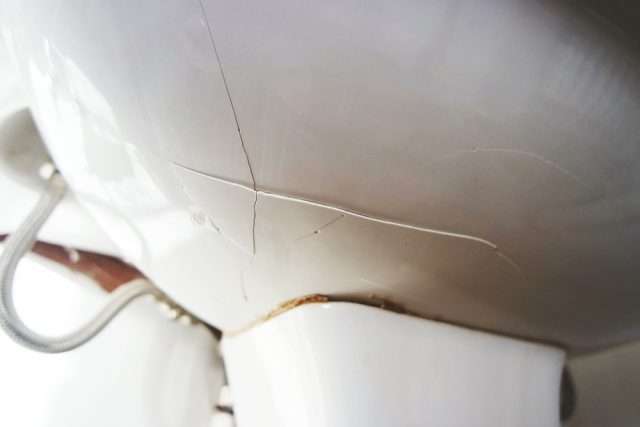 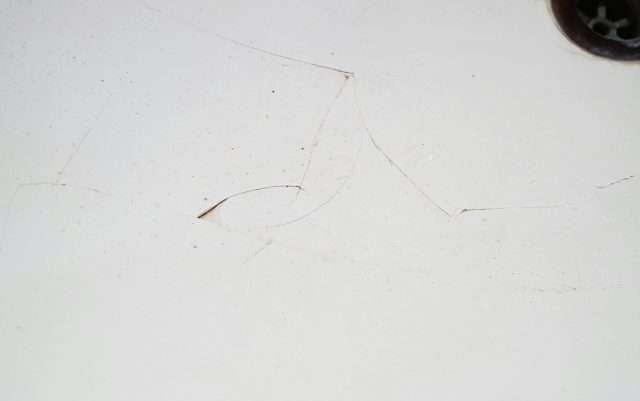 So now we’re faced with two solutions: Find a replacement sink in the same shape/ style so we can simply remove the broken one and replace it without having to deal with moving taps/ re-plastering/ all that shit, OR move up our plans to rip out and completely re-do the bathroom.

Because the suite isn’t modern, we’ve struggled to find a simple replacement, in fact Gareth found one on a reclamation website and it was around £400. Shit.

I’ll be honest, we still haven’t totally decided what we’re going to do at this point but I thought this would be the perfect opportunity for procrastination and researching new bathroom ideas and share some of my inspiration with you! Every cloud right?

As you can see on the floorplan below, our upstairs bathroom is pretty sizable, but a bit of a funny shape. It has a step down, a sloped ceiling and the airing cupboard, although awesome for storage, is over-sized and could probably be used in a more efficient way. I think we’ll probably end up boxing the boiler in and putting in a proper shower (as this bathroom just has a bath at the moment). 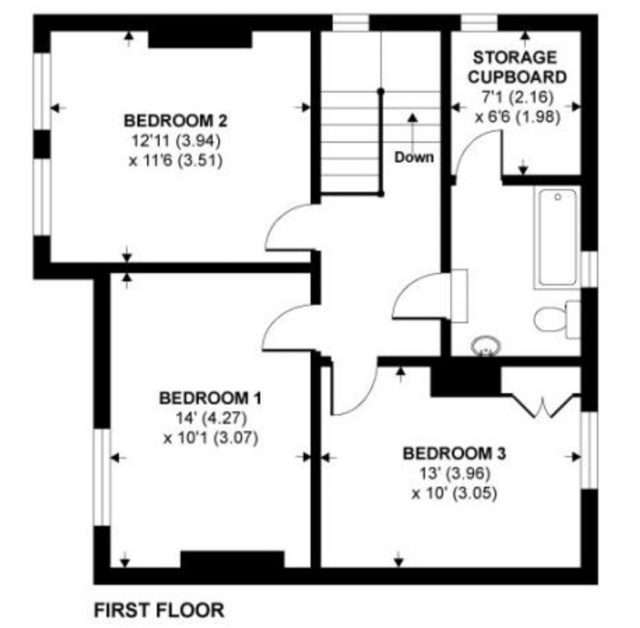 In terms of style, we’re not totally sure what we want yet, but I’m pretty sure we’re not going to want a standard three-piece suite from B&Q. We both really like the idea of a proper retro looking bathroom, but modernised with bright colours (I’m not sure Gareth is totally on board with that last idea … yet). Seriously though, how freakin’ RAD would a pink or turquoise tiled bathroom be? 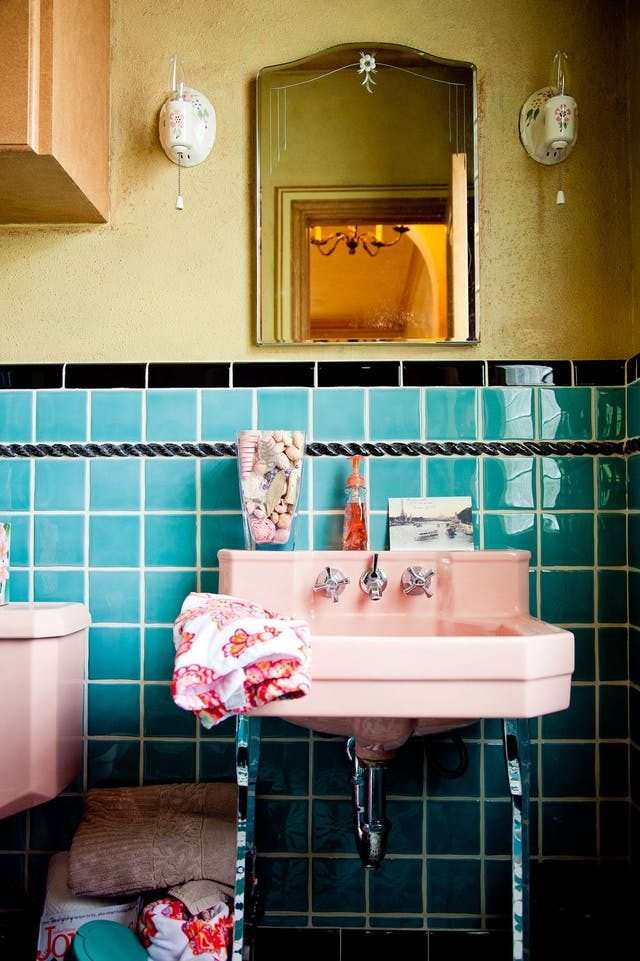 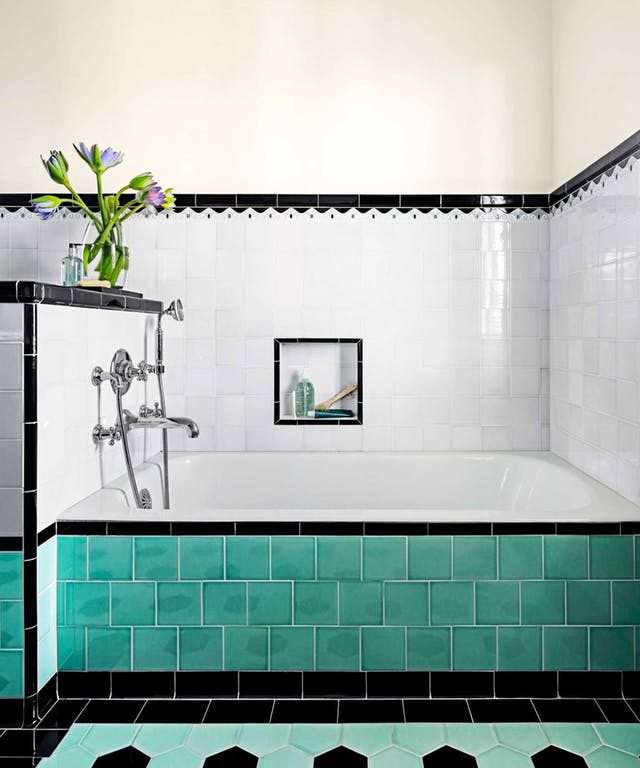 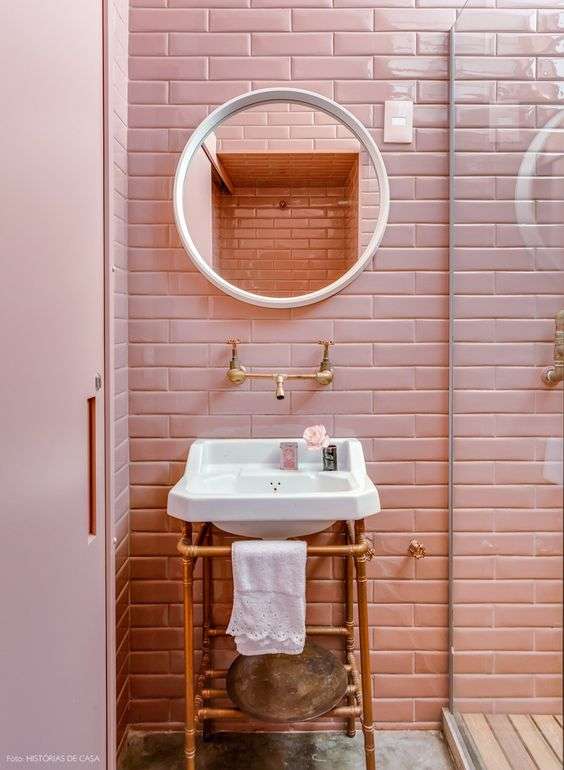 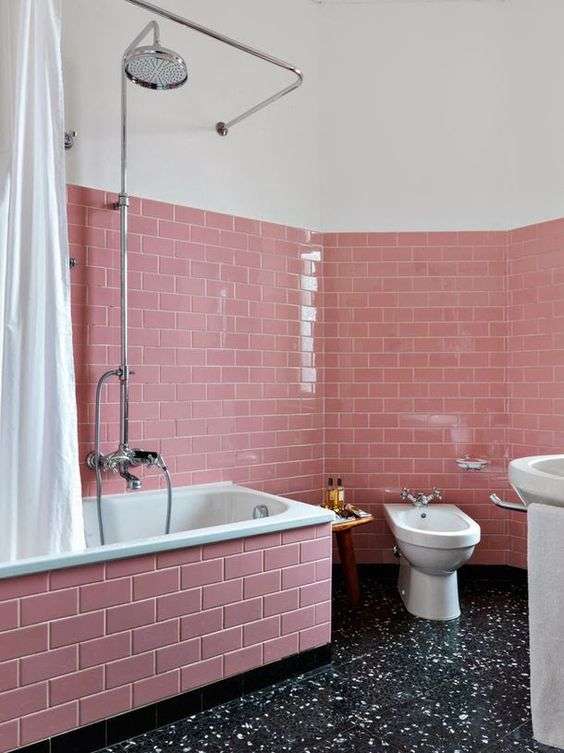 Realistically, this style might be a bit too much for the main bathroom and I might instead work on convincing the husband than a statement loo downstairs is the way to go. The other look I really love is something quite art deco and monochrome but with a copper bath, taps etc! 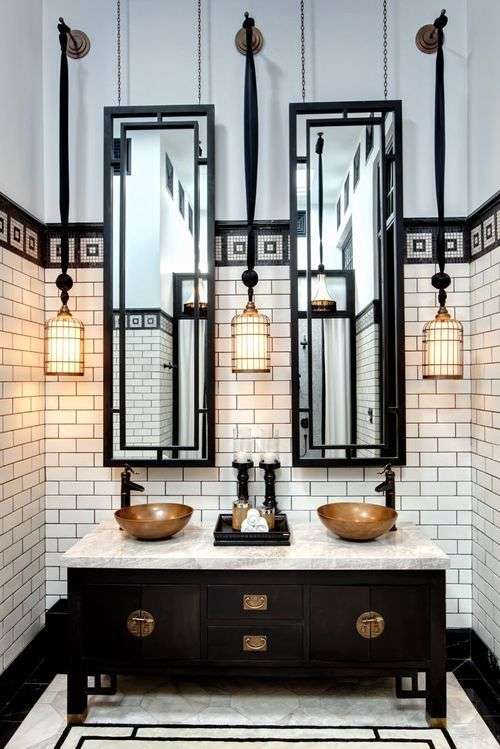 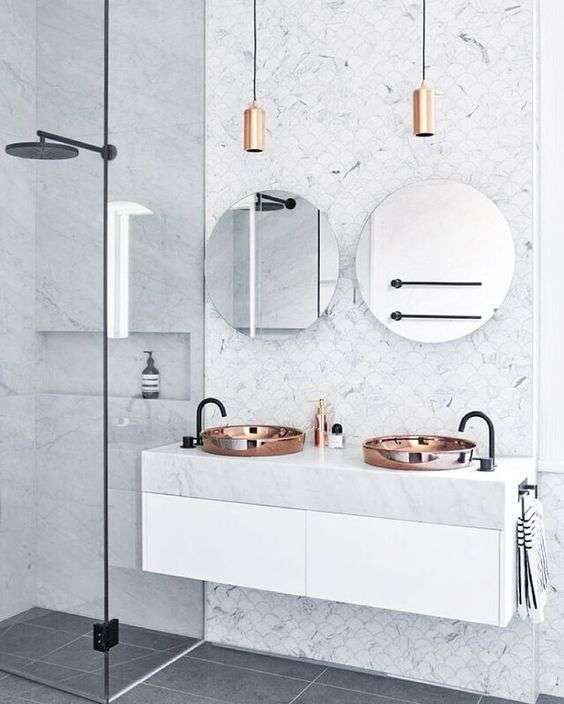 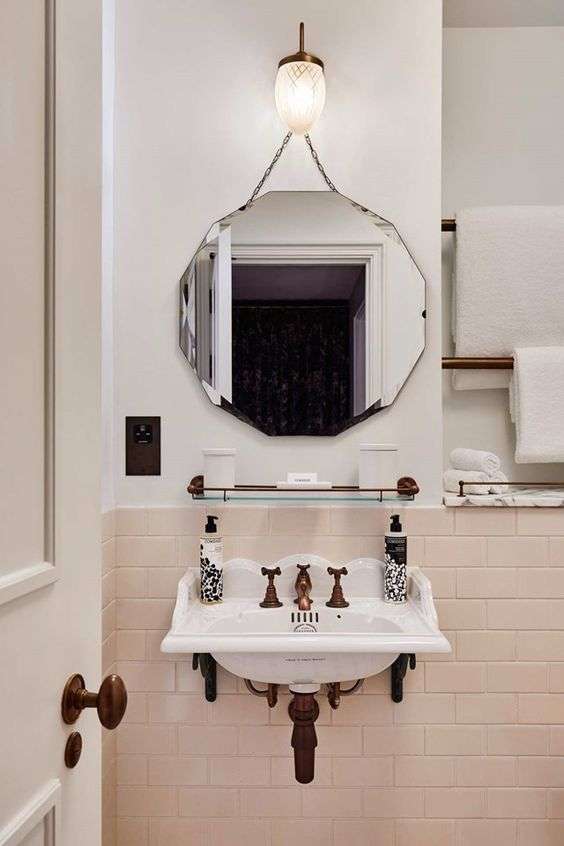 Now I just need to find a way to convince Gareth to forgive me for potentially giving him a huge project to do three weeks before Christmas. Ooops.