Sorcha and John met when the bride was doing doing drinks promotions at a rock and metal bar in Dublin. “I noticed this 6 ft 7 gothic man with long black hair”, she said. “He was hard to miss! He approached me and then drank a bunch of the test tube shots that I had, which had lots of caffeine in them. I found out afterwards that he’s allergic to caffeine and was violently ill afterwards! A few months later, our paths crossed again in the same bar. We got a chance to talk properly and realised we had everything in common. He asked me out to dinner and our gothic romance took flight.” 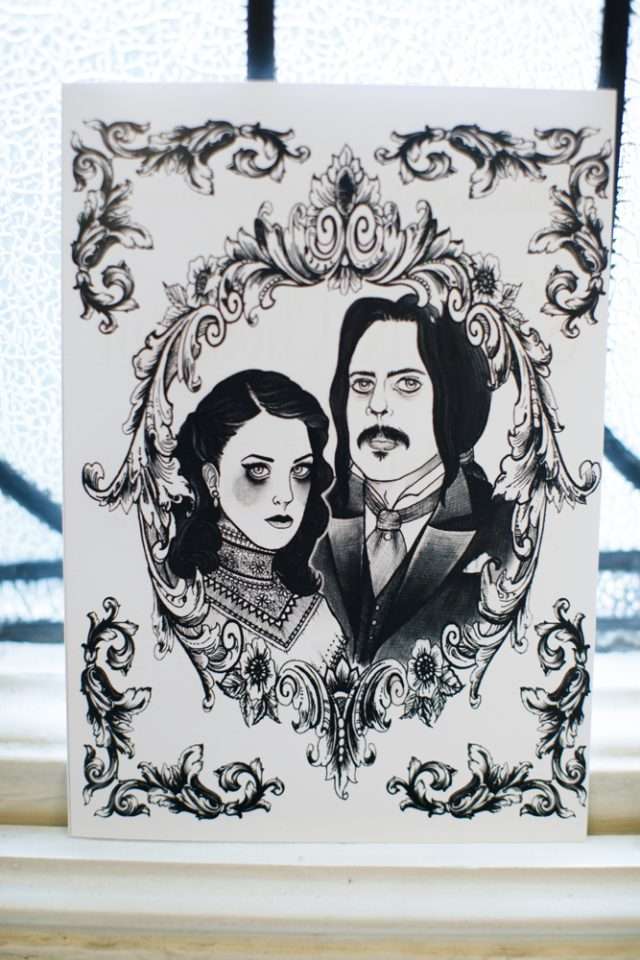 They were married in Dublin at The Stephen’s Green Hibernian Club. “The wedding was a contemporary twist on gothic Victorian decadence”, she continued. “We were inspired by gothic films with a Victorian setting such as Bram Stoker’s Dracula, Crimson Peak, The Phantom of the Opera and Brotherhood of the Wolf.” 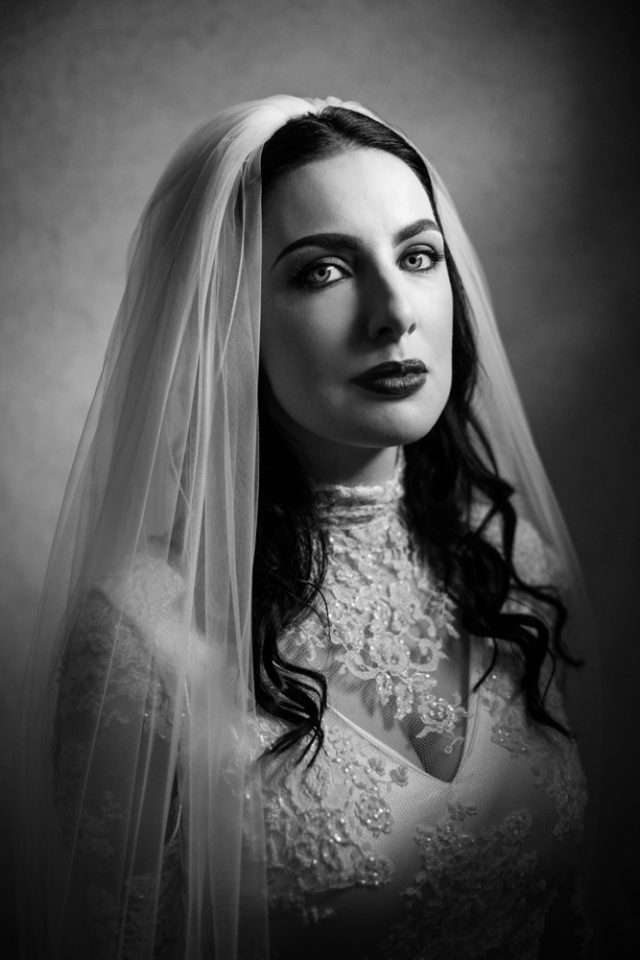 “We had a beautiful spiritual ceremony with Celtic handfasting, a rose ceremony, ring warming, unity candle and ceremony. It was incredibly personal and all of our family members had a role to play.” 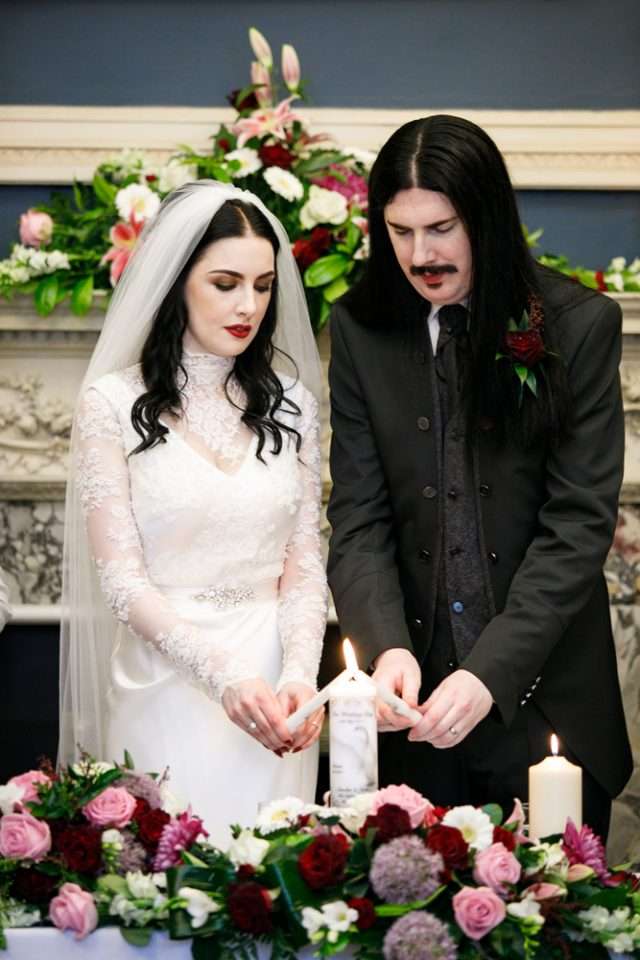 Everything in the wedding was custom made specifically for them, including the bride’s dress. “Apart from the venue, the biggest expense was my wedding gown. I wore a custom couture gown by Edwina Arya with a veil from Lilac Rose Bridal. I worked with Edwina, an incredibly gifted Irish designer, and her talented seamstresses to create a couture gown made of pure silk and hand-stitched French lace. I wanted something that actually fit me like a glove, and that embodied modernity and the Victorian age.” 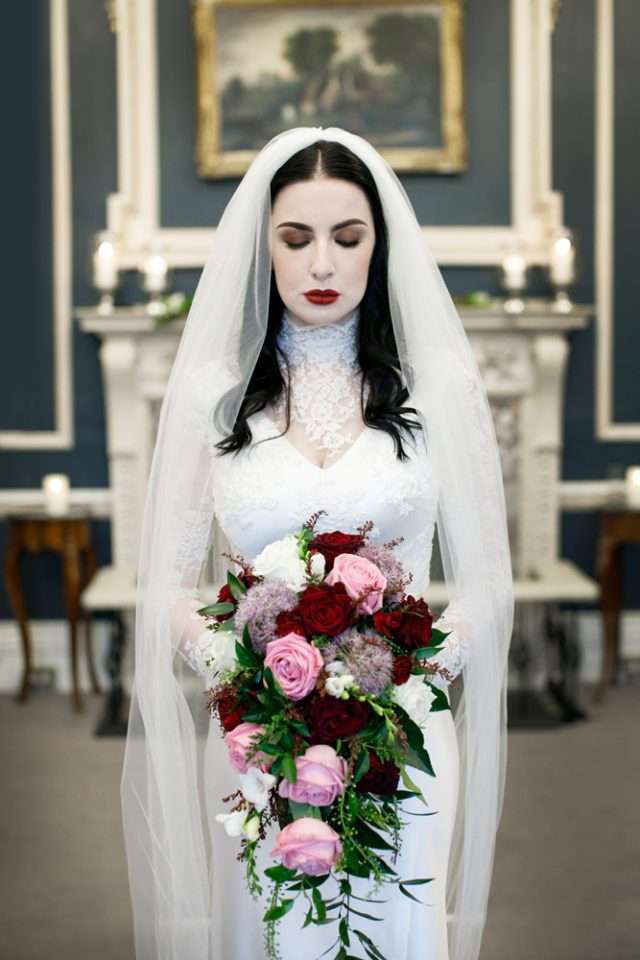 “My advice for future Rock n Roll brides and grooms is to be prepared to put in more work if want you want isn’t readily available”, she concluded. “I would also keep very detailed records of all your bookings and payments. Hire a videographer as the day really does go by in a flash and don’t be afraid to decline suggestions from others in order to stay true to what you want. The thing I found hardest about planning the day was all the unsolicited advice and suggestions people were dying to give me! Most of all, just enjoy it and don’t get bogged down in the planning. Remember why you’re getting married.” 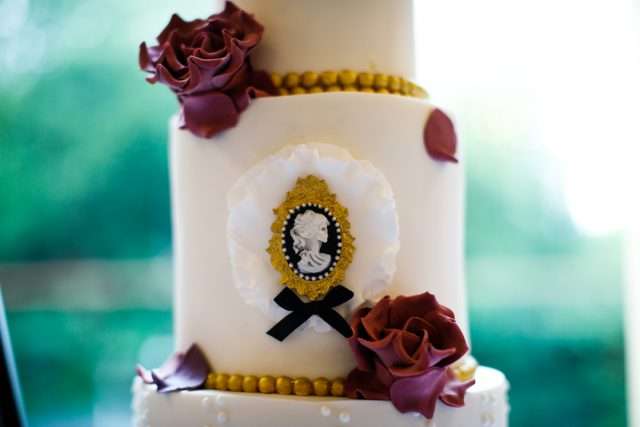 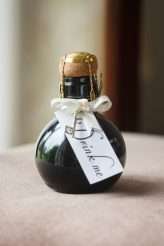 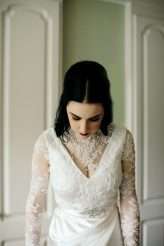 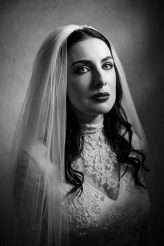 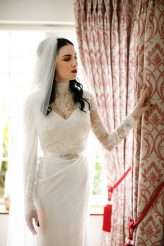 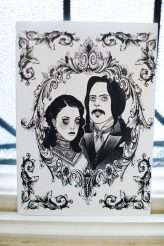 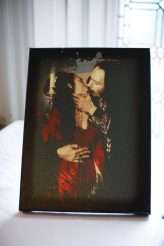 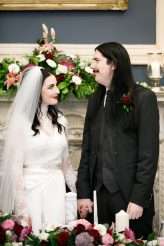 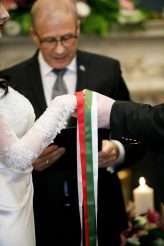 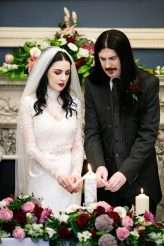 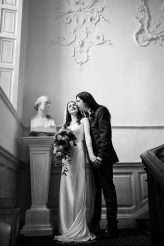 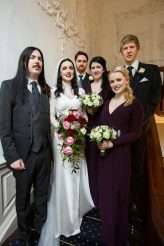 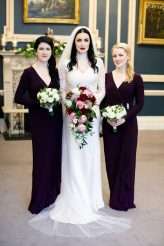 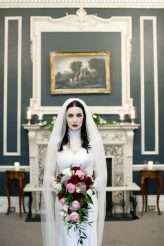 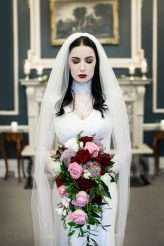 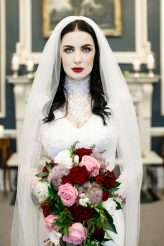 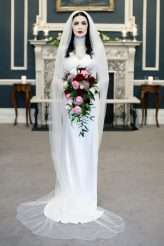 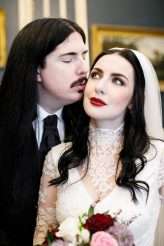 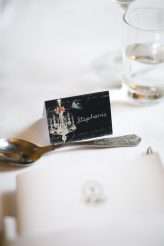 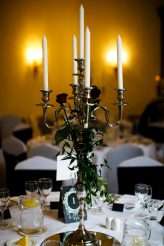 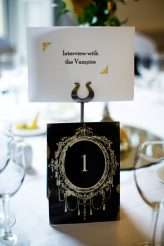 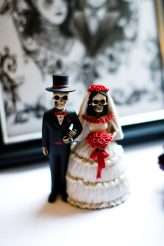 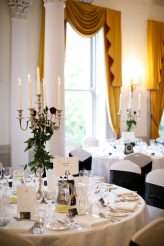