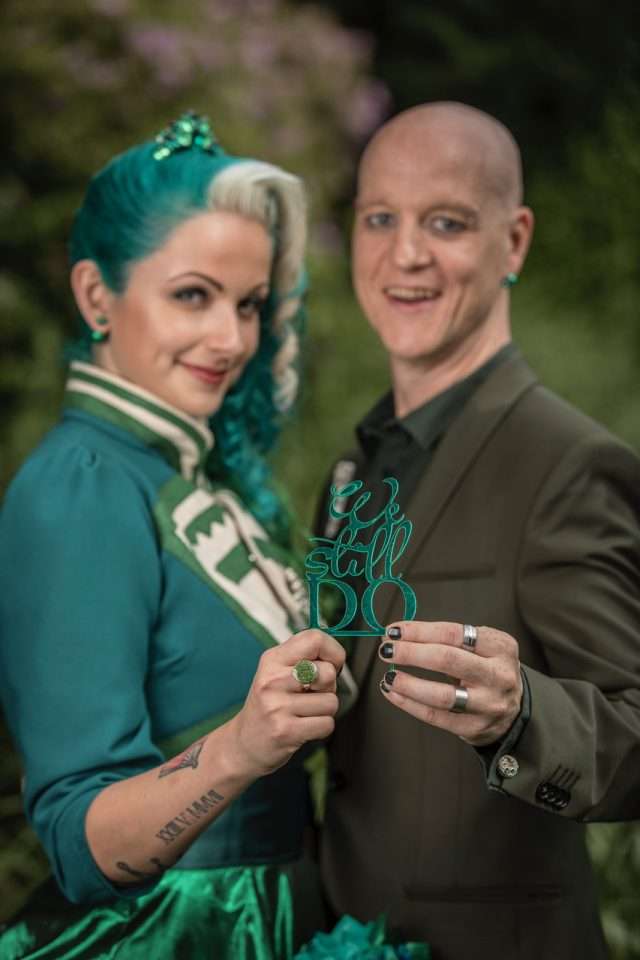 Starla and Johnny renewed their wedding vows this year, on their 10 year wedding anniversary. Their theme was the Emerald City from The Wizard of Oz and everything was green: the decorations, the lights, the cake, the candies, their clothes and Starla’s hair. Even their guests wore different shades of green! 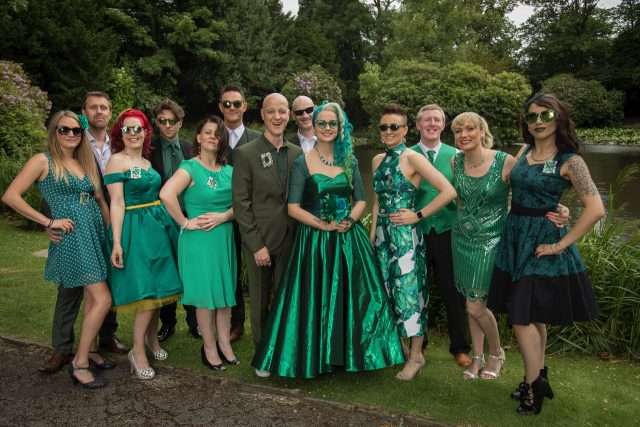 “The day after we got married in 2007 I said ‘I feel a little sad that it’s all over’,” explained Starla, “and Johnny replied ‘let’s do it again in 10 years’ time, and every 10 years, for the rest of our lives!’. So that’s what we’re doing. This was our 10 year anniversary so we held a vow renewal party to get married all over again. We’re fortunate that most of our friends are flamboyant creative types; artists, designers, writers, craftspeople and performers. Their input in the day was invaluable. The photographer loved that he didn’t have to worry about coaxing smiles out of shy people. We all happily ran around being silly for the camera waving green smoke grenades around and we ended up with some great fun photos as a result.”

They hired a performer to greet their guests as they arrived to the ceremony. “We hired the very charismatic Valen Vain to play the part of The Emerald City Guardian of the Gates and greet our guests as they arrived. He did a fantastic job. He was flamboyant and funny. He shouted lines form the film at people as they arrived to make them laugh, and he encouraged many of the guests to skip down the yellow brick road to songs from the movie soundtrack. After the ceremony he surprised us with a reading of a poem he’d written for us about our special day. It was so clever and funny, and completely unexpected. Everyone loved him, we’re so pleased he was involved in the event.”

Their ceremony was short, sweet and funny, and they both wrote their own vows. “We didn’t want it to drag, as our family and friends already sat through our wedding 10 years ago and we were keen not to labour the point. We put something together that only lasted 10 minutes but they were 10 minutes very well spent. It was personal, and funny, and moving. As our friend Flixx was performing the ceremony he knew just how to set the right tone. He began by explaining the history of the Emerald City, he spoke of how the city is an important key element in the book, being the protagonists’ desired destination throughout the majority of the story as they travel along the yellow brick road. He said that just like Dorothy and her friends, we have been on a long journey to reach this Emerald City, to reach this special day. The journey isn’t always easy, but it is most definitely worth taking.” 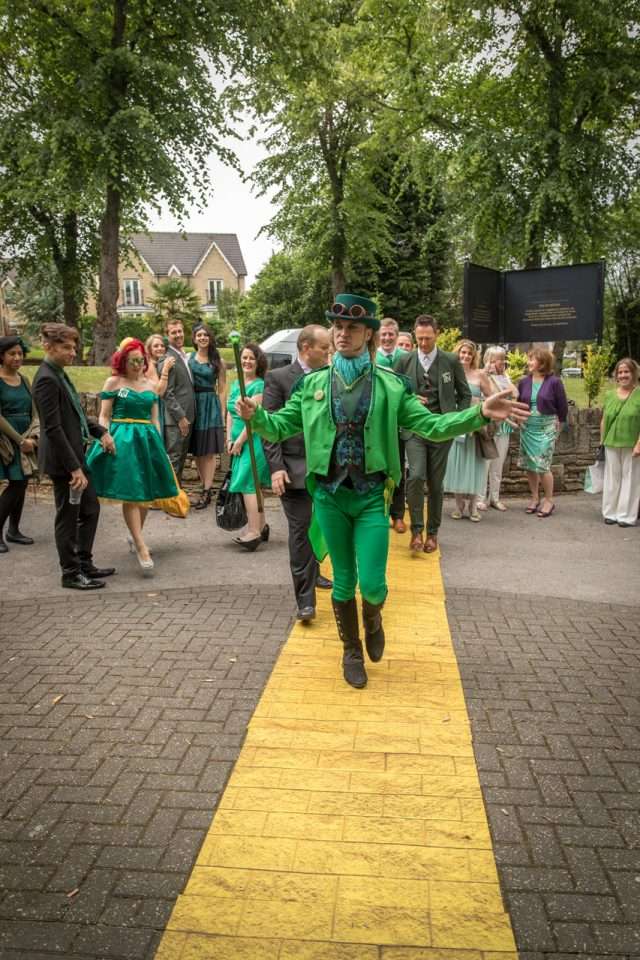 They also wanted all their food to be vegan, including their cake. “Our cake and cupcakes were both made by vegan companies. They were all vegan, gluten-free and absolutely delicious, so all of our guests could eat them without worrying about allergies. The idea was that the cake table would look like the scenery surrounding the Emerald City; hills and valleys made of food. The cake topper was a stunning wooden hand carved creation of the Emerald City itself. Our venue’s in-house catering team also did a wonderful job. We asked for a 100% vegan buffet and they went above and beyond.” 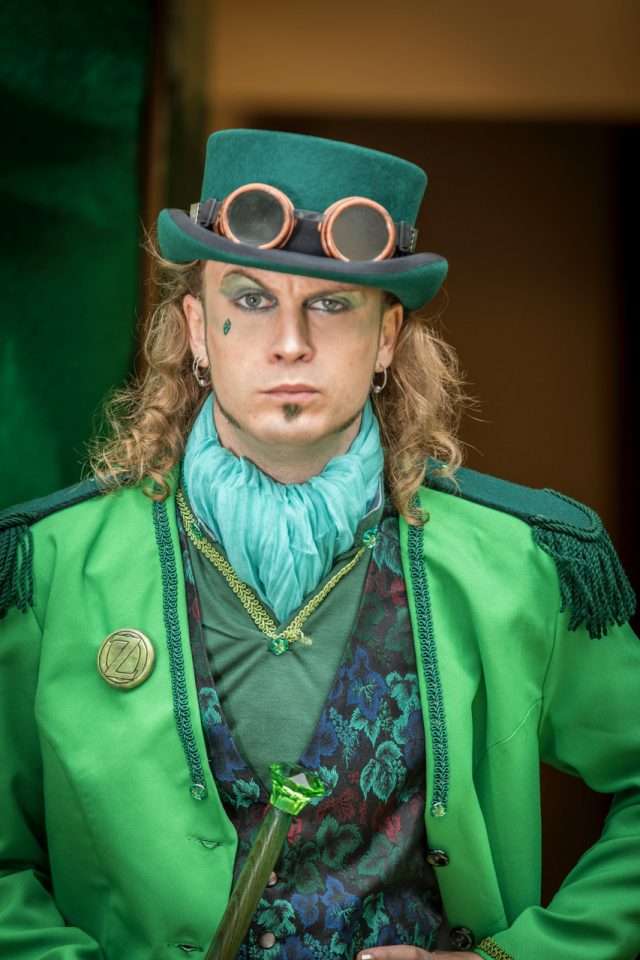 For décor they had a long yellow brick road leading into the building (of course!) and used lots of green uplighters to create the Emerald City effect inside the main hall. For entertainment Johnny DJ’d and they had a candy buffet and professional glittering company. “We hired a professional glittering company called Wish Upon a Sparkle to set up a glittering station in the bar area. It was very well attended! Almost all of our guests chose to get themselves decorated with green glitter, even queuing up to wait for their turn. Everyone and everything ended up looking completely sparkly and beautiful!” 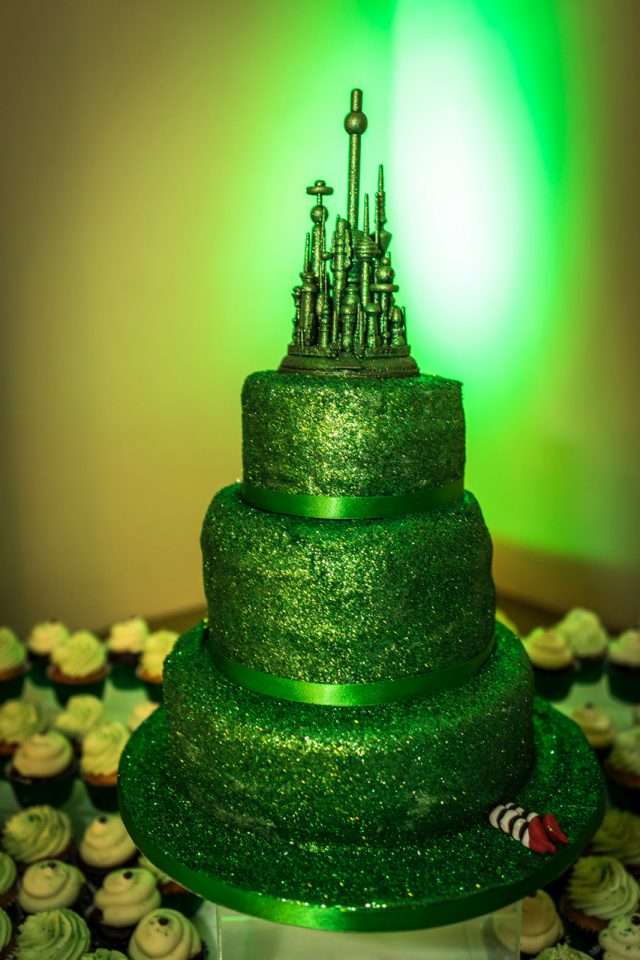 “For favours we made green fans for the women and gave green sunglasses to the men. We wanted the guest favours to be very relevant to the theme so we gave them lots of thought. The fans were decorated with green crystals (a nod to how people often fainted in set during the filing of the 1939 film due to the intense heat from the cameras. The glasses for the men were a reference to the original book, the Wonderful Wizard of Oz, from 1900 where The Wizard demanded that anyone who passed the city gates and entered into his emerald empire must wear green-tinted glass spectacles. We wrapped them all in metallic green paper and added art deco labels explaining the history and the reason for the choice of gift.” 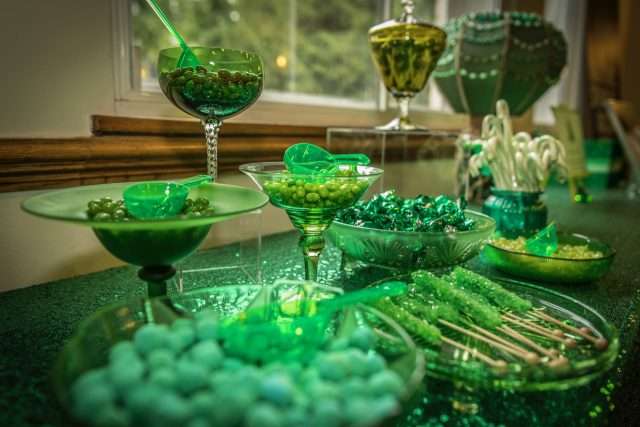 Almost everything for their day was handmade and their biggest expense was Starla’s outfit. “I searched for almost a year for the right fabric for the dress and it was a little pricey. Commissioning the dress, bouquet and jacket to be made by independent craftspeople meant spending quite a bit, but it also guaranteed I had unique and unusual pieces so I think it was worth it. Deborah at Moon Exclusives did a wonderful job of making my shiny and sparkly green wedding gown from my dress design ideas and my jacket was handmade by the very talented Lizzie Biscuits. I made my green jewelled mini tiara myself, it was an impulsive last minute decision to make it a few days before the event. I’m pretty crafty so I just grabbed a hot glue gun and went for it! I wore the same shoes that I wore at our first wedding 10 years earlier, they actually inspired the whole theme as they were replicas of the ruby slippers Judy Garland wore in the 1939 Wizard of Oz movie.” 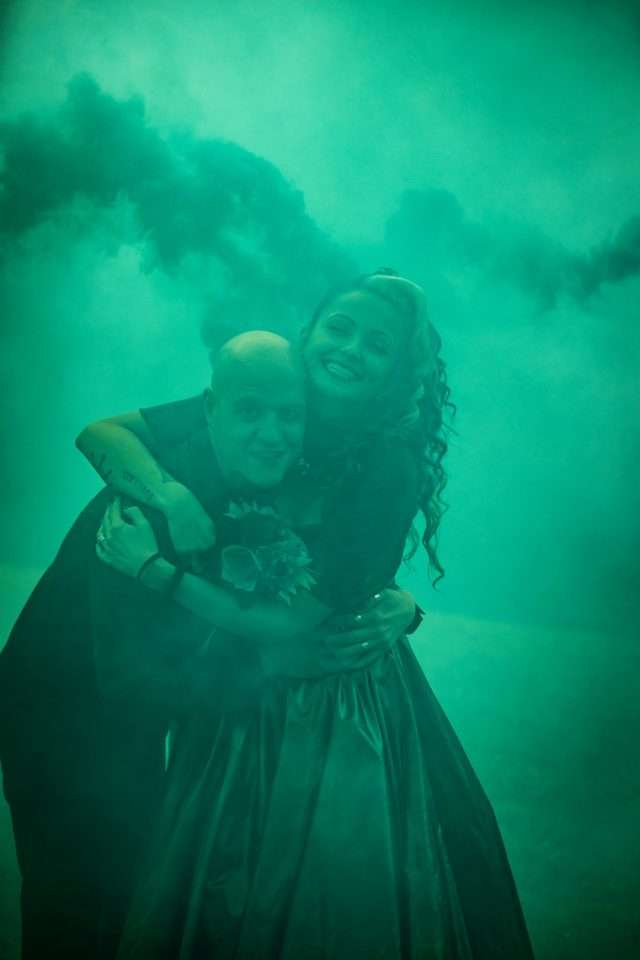 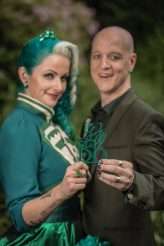 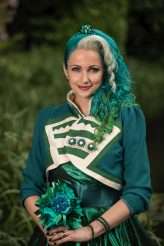 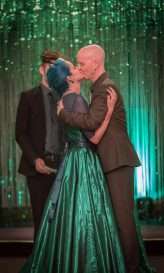 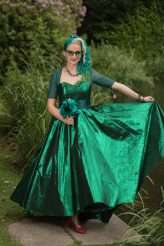 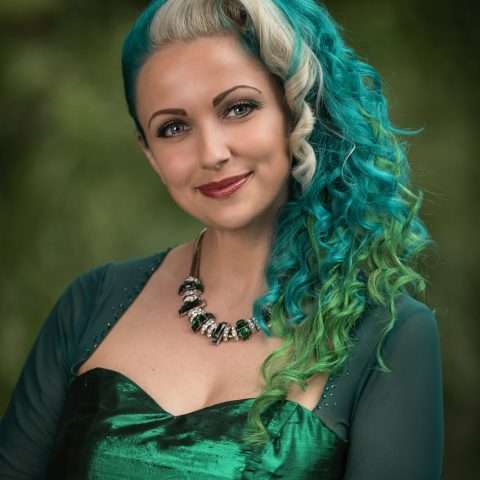 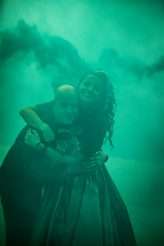 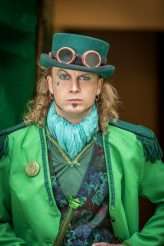 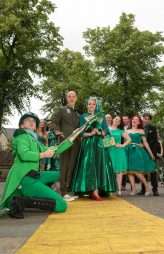 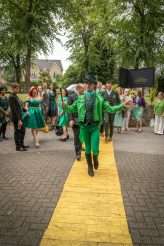 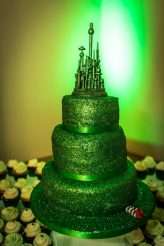 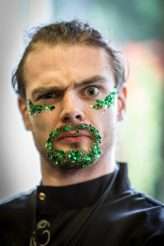 Maxine and Josh wanted to include some traditional wedding elements in their day, in particular when it came to the ceremony, but they also wanted to ensure that it felt like them and reflected their own style. As the bride was on the liver transplant wait list for a long time and finally got her life-saving operation in October a few years ago, they also knew they wanted to get married around this time of year as it's such a special time for them.