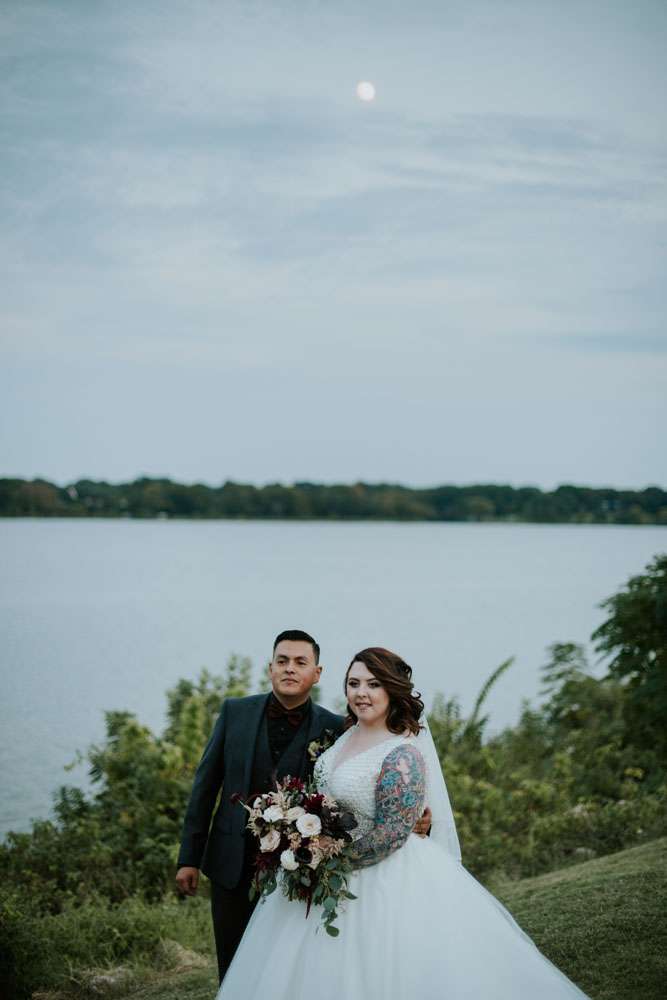 They met in 2012 and after chasing her for 6 months, Abel finally convinced Kayde to go out with him! Five years later they were planning their October wedding. With the time of year they got married they wanted their wedding to have a dark, slightly gothic vibe, but nothing too scary. So they complimented this idea with pops of colour (very Kate Spade) and comic book details for the groom! 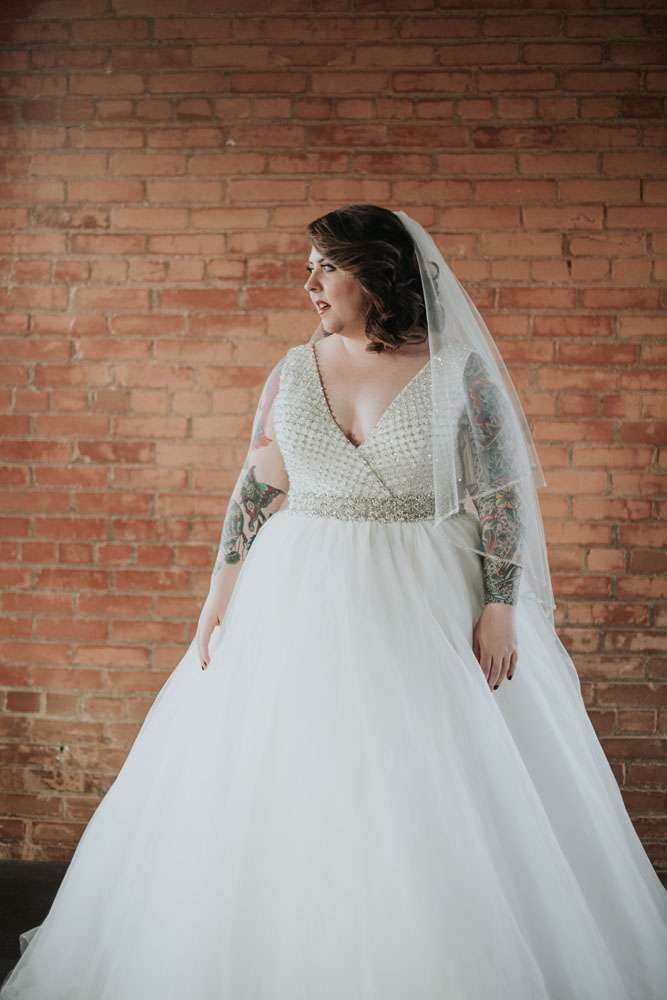 “I would describe our wedding as a ‘Dark Kate Spade'”, said the bride. ” I basically took all our home decor and brought it to the wedding. My husband wanted something comic book related so I found wedding comic book covers to use as table numbers.” 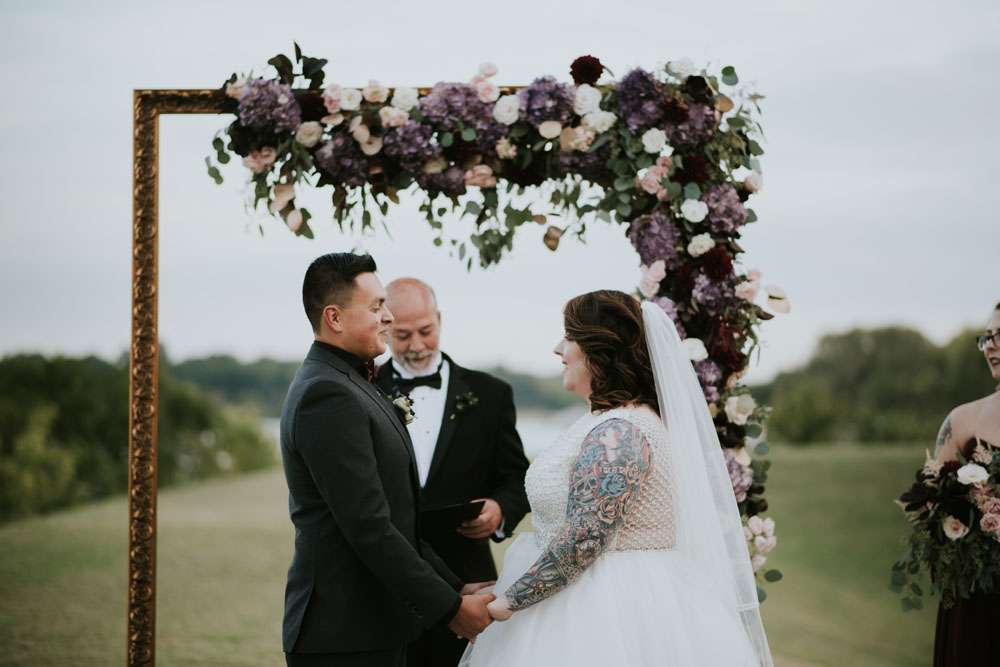 “For inspiration I looked through all the wedding websites at Fall weddings. In the end, I relied on decor and ideas I had thought of along the way – I just wanted a bad ass, Rock n Roll glam wedding!”

Their ceremony was held outside and they had the alter custom made. “Our ceremony altar was the most unique thing about the wedding”, she continued. “I’m really into photography and baroque frames and had the idea of the altar being a huge frame. We had it custom made and my dad figured out a way to secure it. Then of course, decked it out with flowers.” 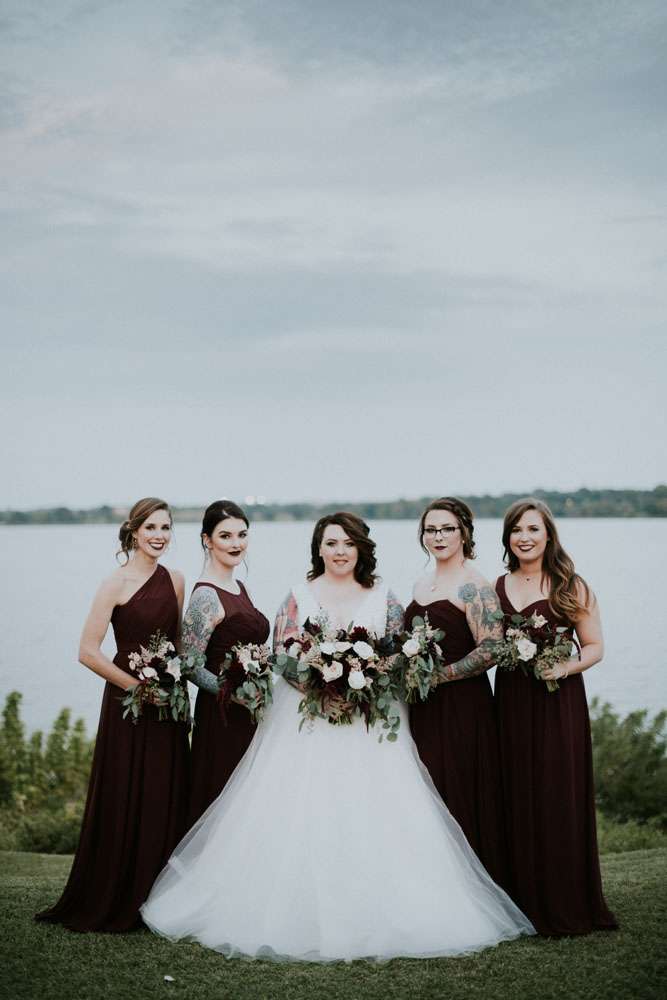 “The ceremony itself was short and simple. My dad was our officiant so it was pretty easy to go over with him. We made sure we looked at each other the whole time because it goes by so fast. My dad made some pretty great jokes, but also spoke about his love for me and how he sees how my husband loves me. Truly a sweet story.”

They spent the most money on the catering, but saved by marrying on a Thursday. “We saved big on our venue”, she said, “and I didn’t have to purchase much decor because I owned it all already -this helped a lot!!” 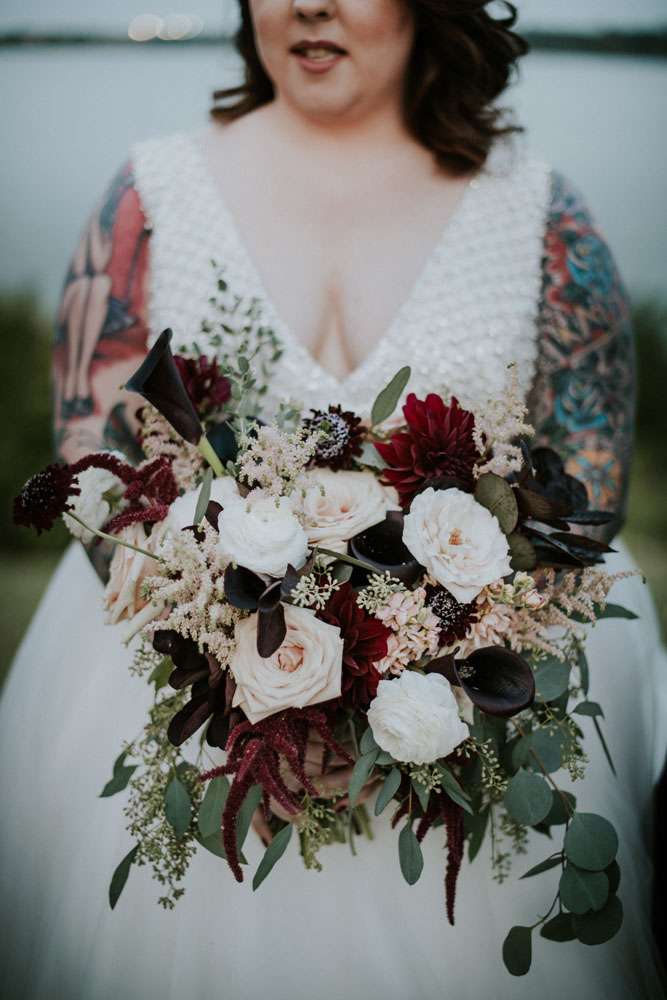 “Any advice that I could give to other couples is to take your time planning if you want certain things, figure out the cost and how it can be done cheaper. Don’t be afraid to ask for specials! Also have something unique that you’ve never seen at a wedding before that is special to you and or your future partner.” 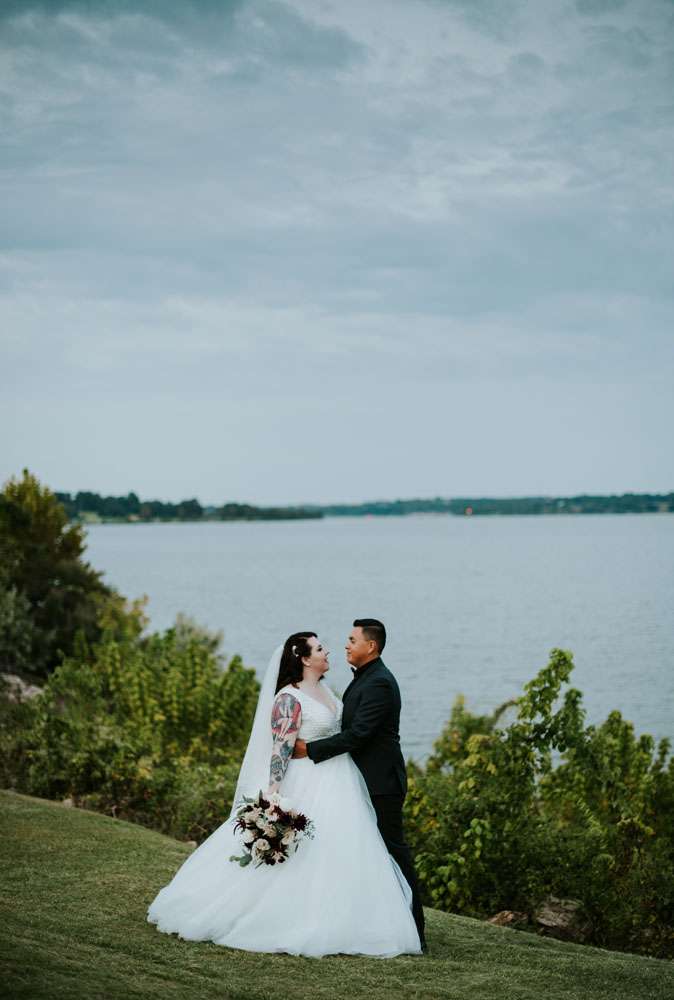 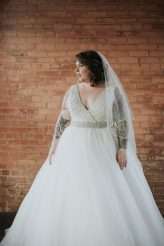 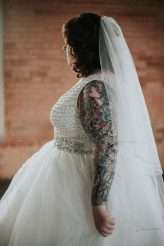 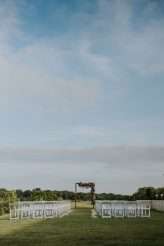 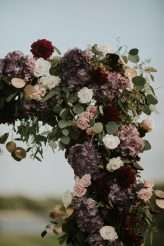 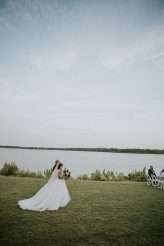 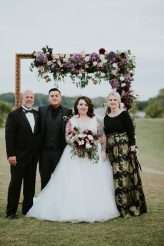 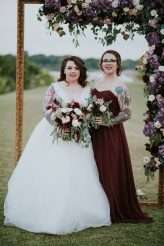 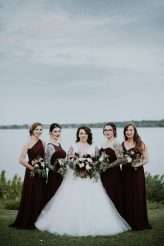 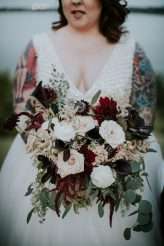 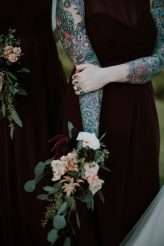 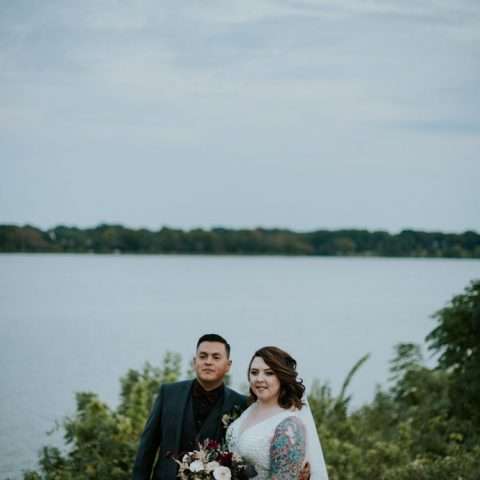 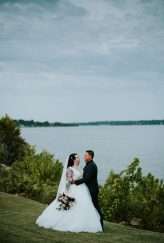 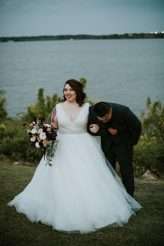 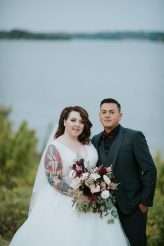 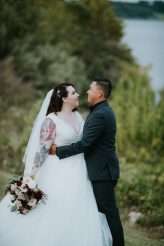 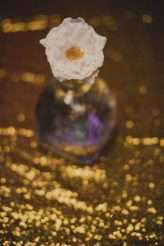 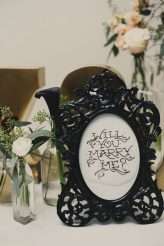 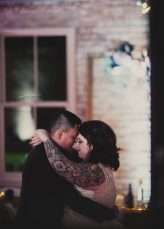