Bre and Matt’s wedding had a vintage yet moody theme with some Great Gatsby references. They were married in British Columbia in Canada in September. Their ceremony was on a rooftop overlooking the Okanagan Lake. 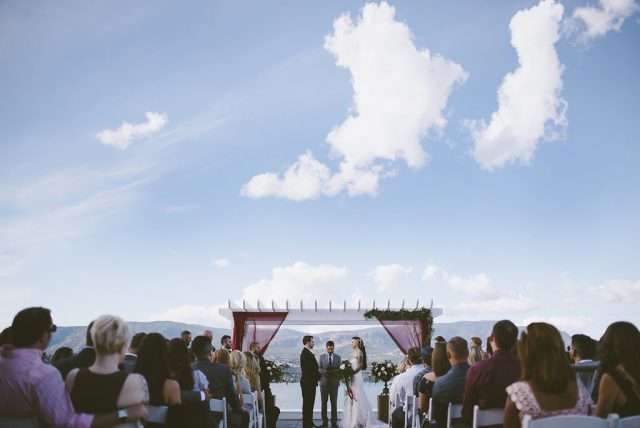 “We met when were were 13 and aged 17 we agreed that if we weren’t married to other people by 25 we’d marry each other!” Bre began. “Life took us on separate paths for a while, but we reconnected and actually started dating when we were 23. Not long after we started dating, we went on a big road trip, and one night on the California coast Matt told me he loved me. Fast forward two years and Matt planned another trip for us, which brought us back to the exact same place he told me he loved me. That night he proposed to me on the balcony overlooking the ocean. That promise we made when we were 17 had been kept, and at 25 we were engaged!” 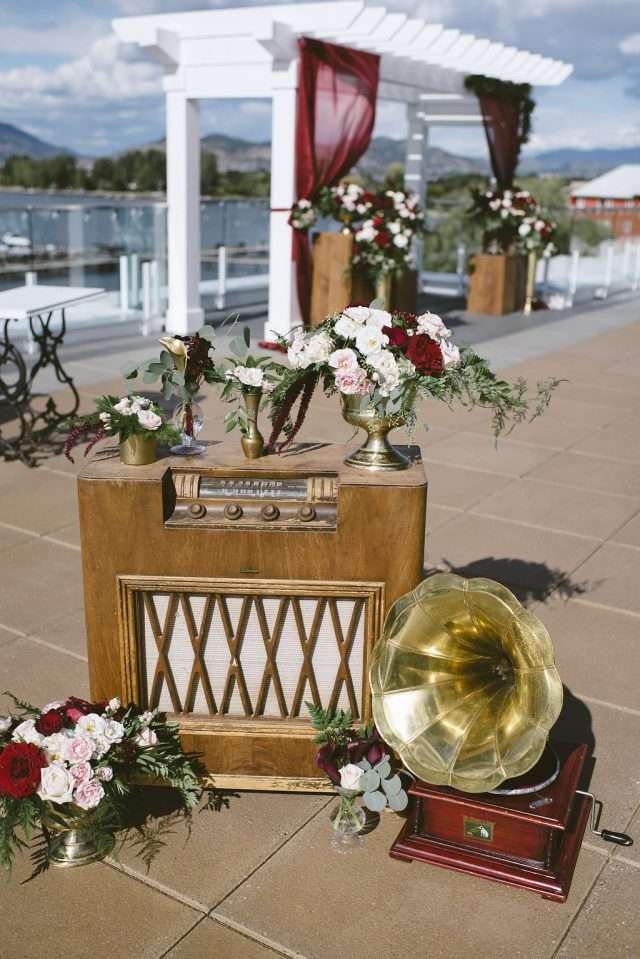 “Our inspiration was our mutual love for all things vintage”, she continued. “I dress pin up at car shows, we love rockabilly music, old cars and history. We were also inspired by a book that means the world to us, The Little Prince. The same day we promised to marry each other when we were 17, Matt read me that book under a willow tree.” 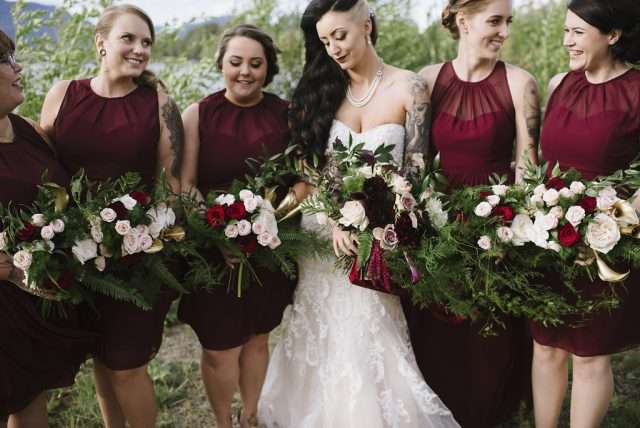 “The weather for our ceremony was perfect”, she continued. “We wrote our own vows, and while we were reciting them a hawk flew overhead! In Native American culture hawks are considered a messenger and bring wisdom, truth, and clear vision. It was a good omen that was actually caught on camera by our photographer.” 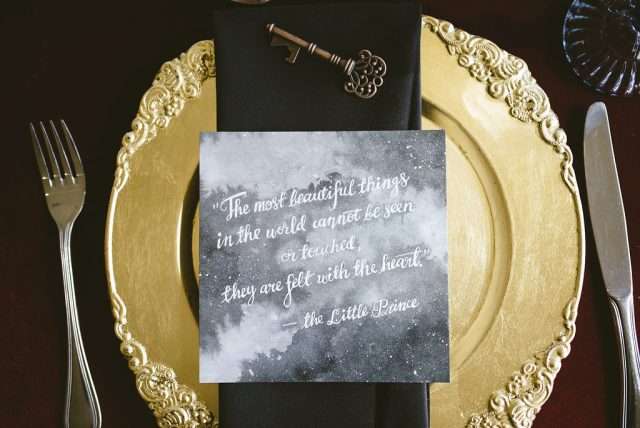 “The best thing about wedding planning was having Matt so actively involved in the planning process too. We worked as a team on every single thing. The hardest thing was the amount I stressed over little details that, in the end, really didn’t matter! There is nothing we would have done differently though. Every minute spent planning was a minute that helped to create our dream wedding and I wouldn’t have changed any experience for the world.” 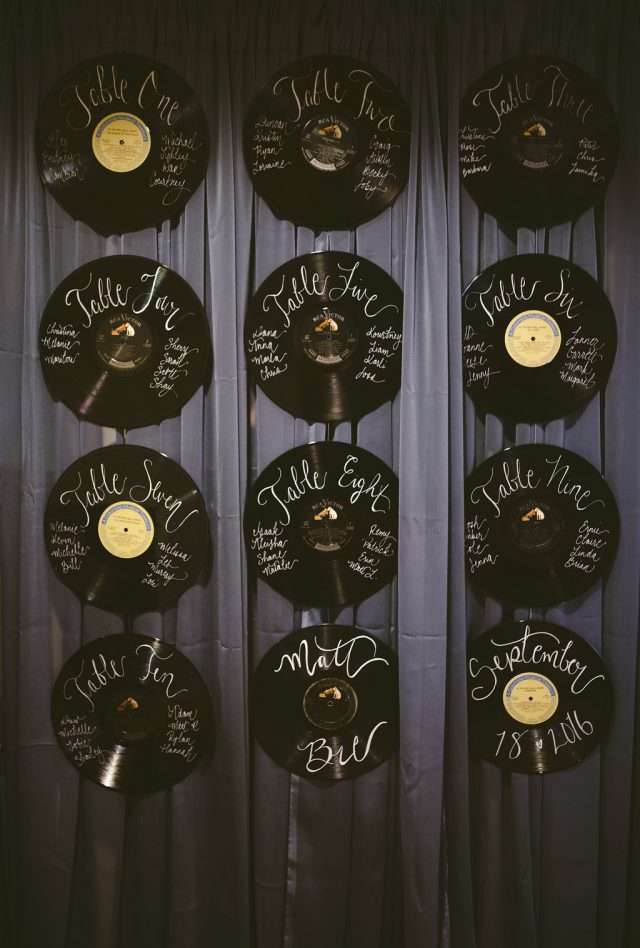 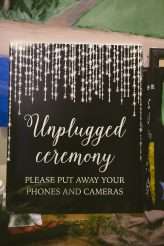 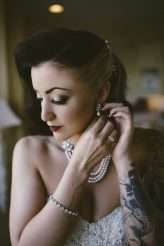 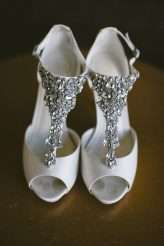 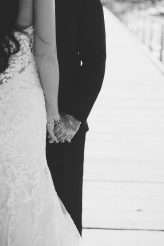 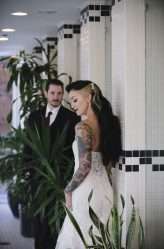 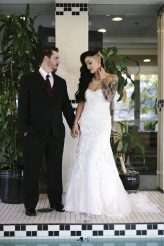 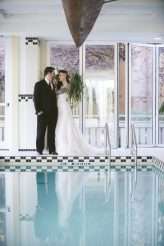 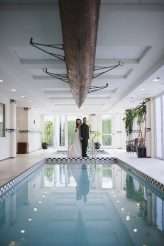 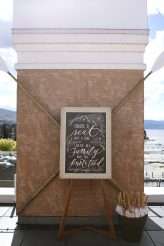 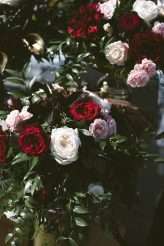 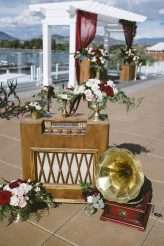 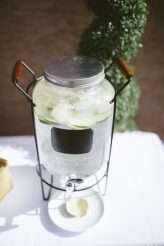 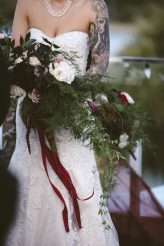 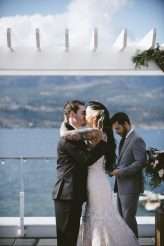 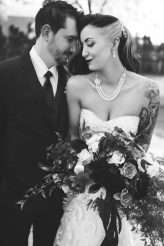 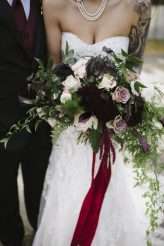 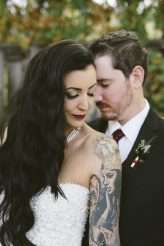 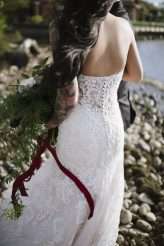 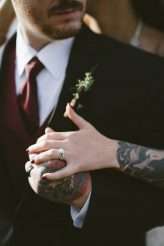 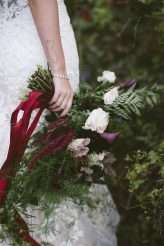 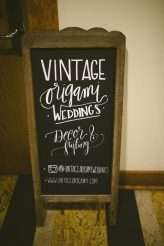 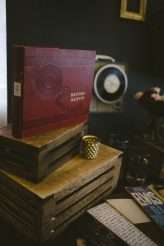 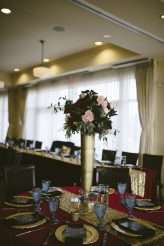 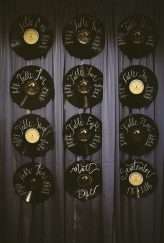 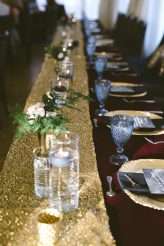