“We wanted to make our wedding have more of a party feel instead of a stuffy affair”, said the bride. “I didn’t really have any inspiration as such, I don’t use Pinterest, so I just found things I liked! We had our reception cocktail style with a mix of high tops and low tables and three food stations (a mac and cheese bar, a build your own taco satiation and an Thai food station). There was no assigned seating either so people could move around however they saw fit.” 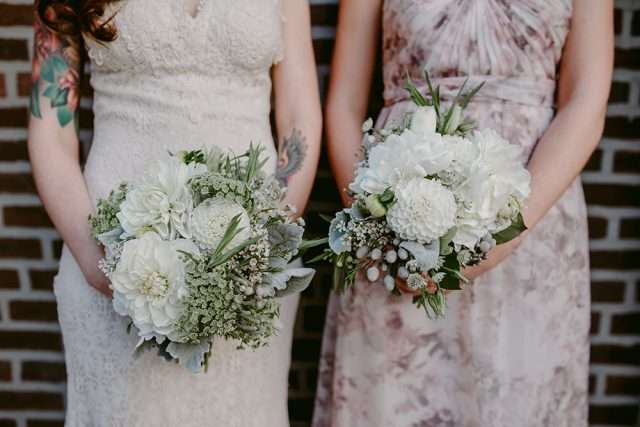 They were married in front of a homemade backdrop and the venue was decorated throughout with simple mason jar and baby’s breath centrepieces. They also had a slight cat theme with their cake topper and some of the decor. 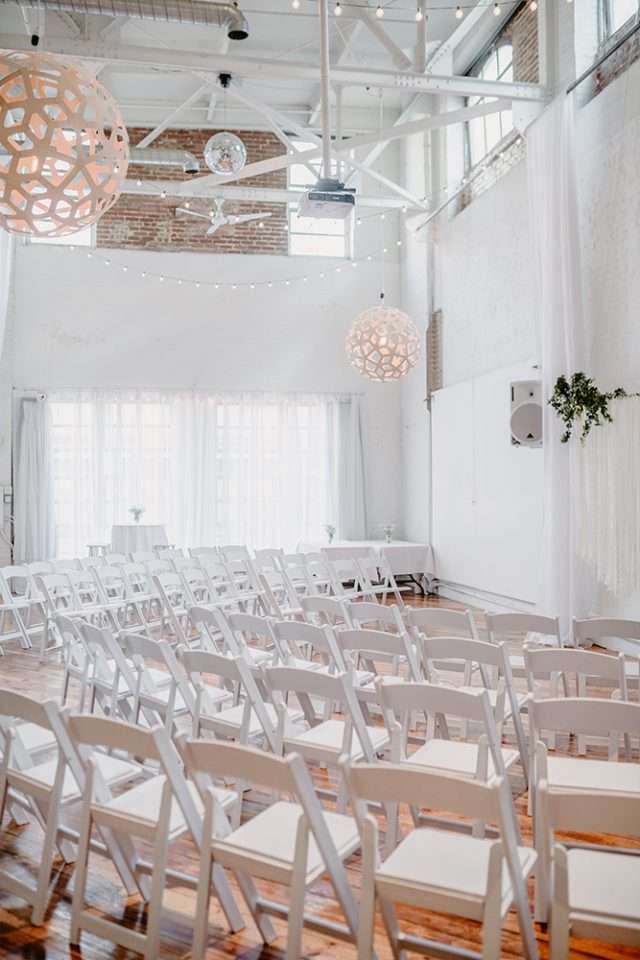 “My friends helped me make a backdrop to hang behind us for the ceremony. It a long branch with fake greenery cascading down one side and strips of cut out white fabric all across. I bought three yards of three different white/textured fabrics and we just tied them to the top of the stick. We also decorated 24 mason jars to use as centrepieces. I had a few things of lace and twine and we just hot glued them to the jars in all different designs so no two were exactly the same.” 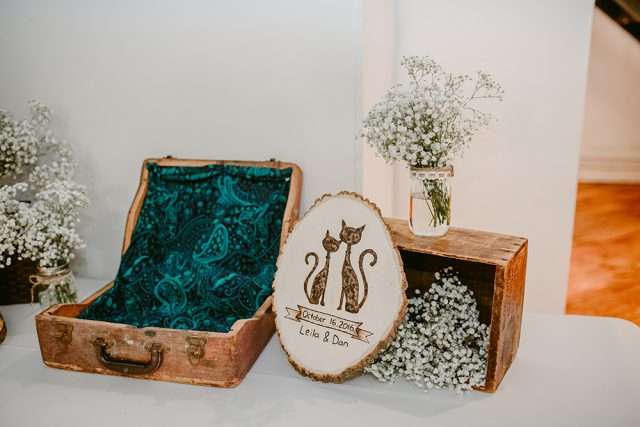 “I honestly still feel like I know nothing about wedding planning!” she laughed. “I went into it blindly and just decided on things on a whim (which is probably not the best way to go about it but it worked for us!). Our ceremony was short, only about 10 minutes, and we led by our friend, Brad. We also finished the wedding quite early, around 9pm. We then planned an after party at a bar down the street (with a Limp Bizkit cover band playing!)” 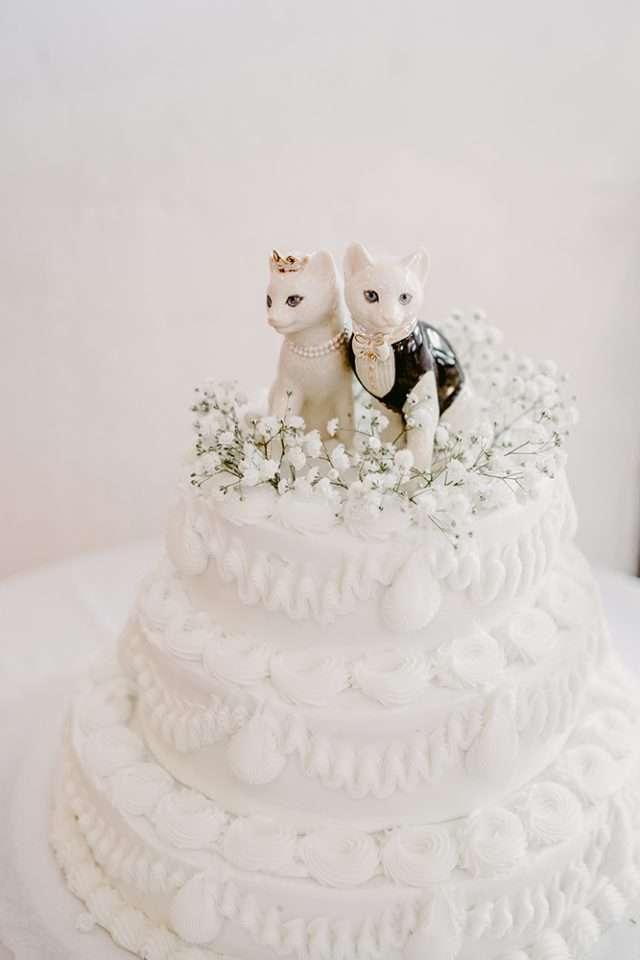 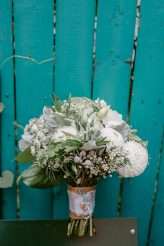 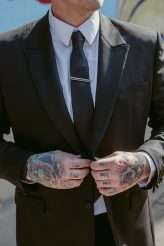 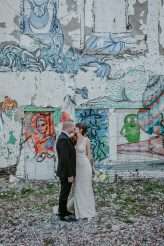 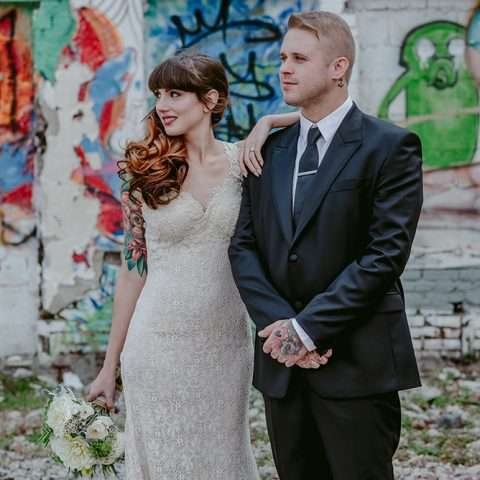 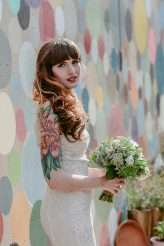 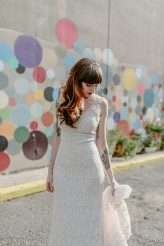 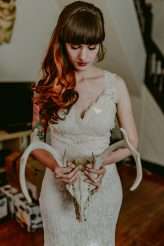 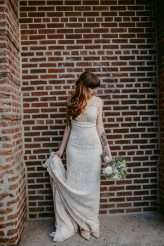 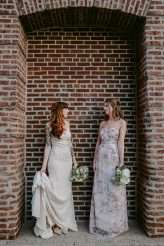 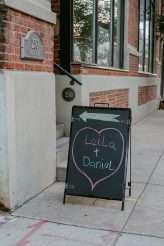 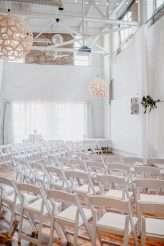 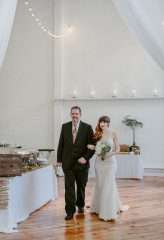 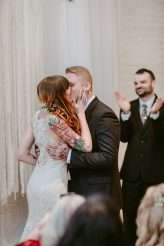 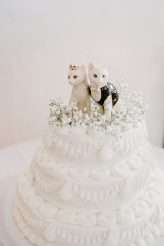 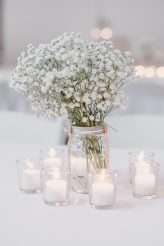 Aly & Elroi's wedding was described by the couple as 'one of the most magical days of our lives' A day filled with such a fun party vibe and one where all their friends and family pulled together to help them achieve the wedding of their dreams. Just a few examples of their amazing friends who helped out include, both their outfit's being made by a friend of theirs who lives in New York and another friend made and travelled with their wedding cake all the way from Texas! They had another friend cater for them and some other friends who made the invitations. Funny and persoanal anecdotes are what makes wedding like this great, and Aly spoke about their impromptu (and hilarious) bridal shower... So, I went to the coffee shop to meet them, got my coffee, sat down and realized that everyone was being weirdly quiet as I babbled and babbled. So, I stopped and was like, "What's going on? Why aren't y'all so quiet?" And my friend Lindsey says, "Well, I'm just going to tell you. You're kidnapped." "Huh?" Danielle, my MOH, shouts "Get in the car. I'm not gonna tell you twice!" (She was trying to be tough-sounding in a hilarious way.) So I was handed a clue that I had to decipher to tell them where we were going to. I was like, "Wait- you're kidnapping me but I have to tell you where to take me?" Danielle: "Don't ask questions!" Ha! So I figured out that the place the clue was talking about was the place Elroi proposed. So we went there and took pictures that would be left as a clue for Elroi, who has also unknowingly been kidnapped from our house by his side of the wedding party. (Side note: Elroi was actually kidnapped right in the middle of washing our dogs. So, Danielle's boyfriend who had been helping at the house took over dog-washing duties. As El's friends were leaving with him, Macauley, our rascally cake-maker instructed Danielle's boyfriend to just "wash as many dogs as you can." Every time I solved a clue, I got a present--so it was also like a surprise shower. I couldn't believe I didn't know anything about it and I felt so loved that all these people would plan something so elaborate and fun for us. Thanks to Aly & Elroi for sharing their gorgeous wedding and story! Credit: Our Labor Of Love