The ceremony was held in the main living room of the cabin. “We had our dear friend officiate and he offered his love with challenges and blessings. Jenaya walked down the aisle to our friend Emily singing Yours by Elle Hendersen. She was holding a kitten instead of a bouquet! Our kids were our whole wedding party and they did great. We wrote our own vows. Everybody cried.” 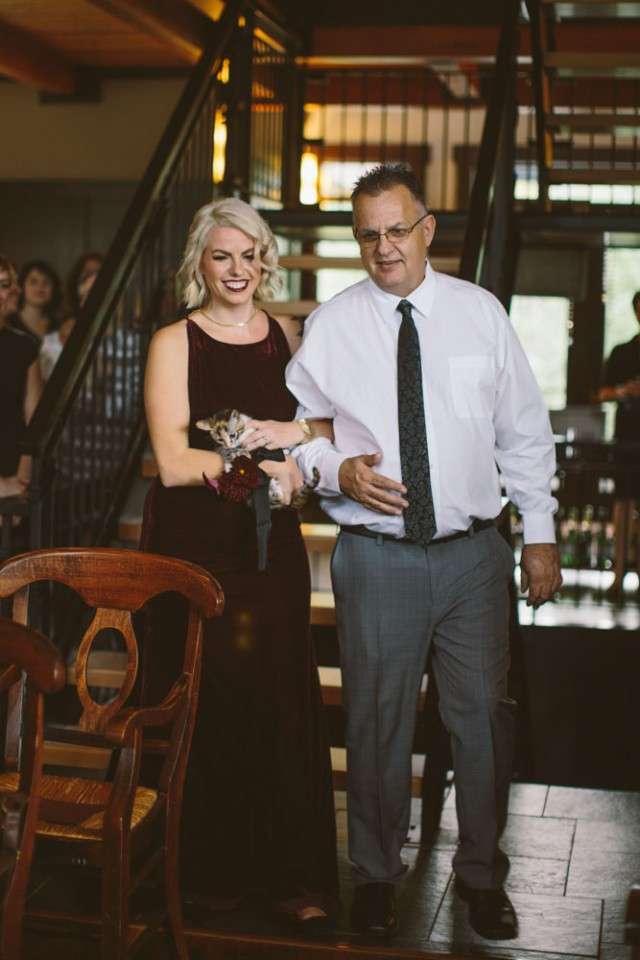 “For the food we had everybody bring their own special recipes for chilli and pies! My mom made cornbread and honey butter from the bees that my dad keeps. It brought such a sense of community and the food was better than any caterer. I mean, how can you beat family chilli recipes in the fall?” 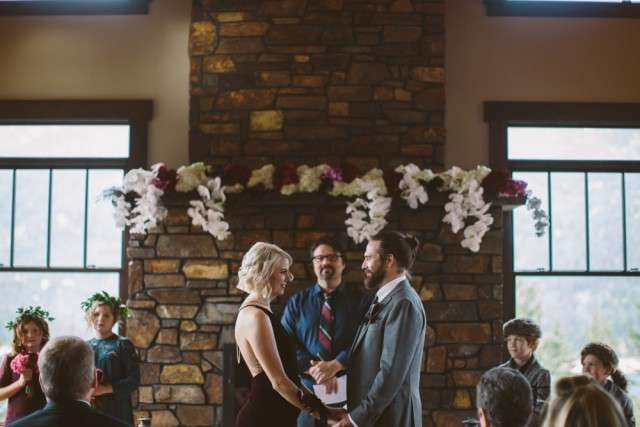 “The best part of the wedding for me was being supported and loved by our community”, Jenaya said, “And for me it was simply dancing with Jenaya at our first dance”, said Ben. “She was so beautiful.” 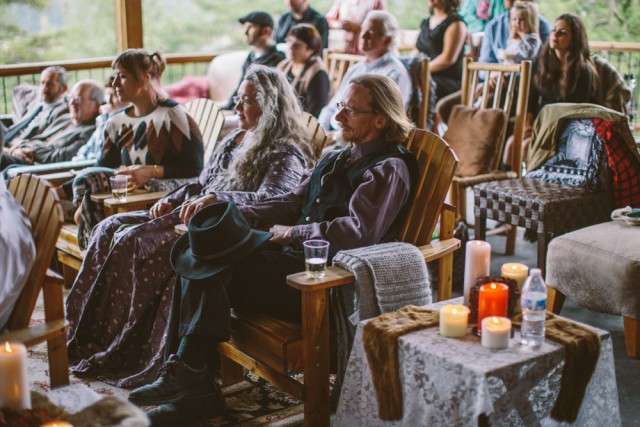 “Our biggest expense was the venue because we wanted to find somewhere that everyone could also stay over. We were scoping out big houses on AirBnB, but they weren’t really amenable to the idea of a wedding. This place was super gorgeous and accommodating for weddings. It is an architectural feat to be reckoned with. It ended up being more than we thought as there was confusion about the total price, but our deposit was already down so we just sucked it up and made it work! Our family rented rooms from us instead of getting a hotel. It all worked out and I could not have imagined a more beautiful space.” 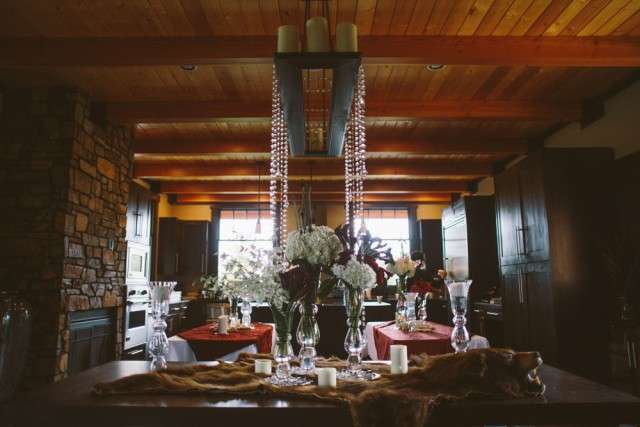 The other unique thing about this wedding was that they planned it in just five weeks and they invited everyone via Facebook. “We saved money on EVERYTHING”, Ben continued. “We are connected to the most talented people I could imagine. We sprung this wedding on everybody and said, hey, we are doing this in five weeks, help us make this happen! And then they did. We cannot express the gratitude we have for everybody that contributed time, talent, and discounts. It was a labour of love from top to bottom by a whole community and everything was BEAUTIFUL.” 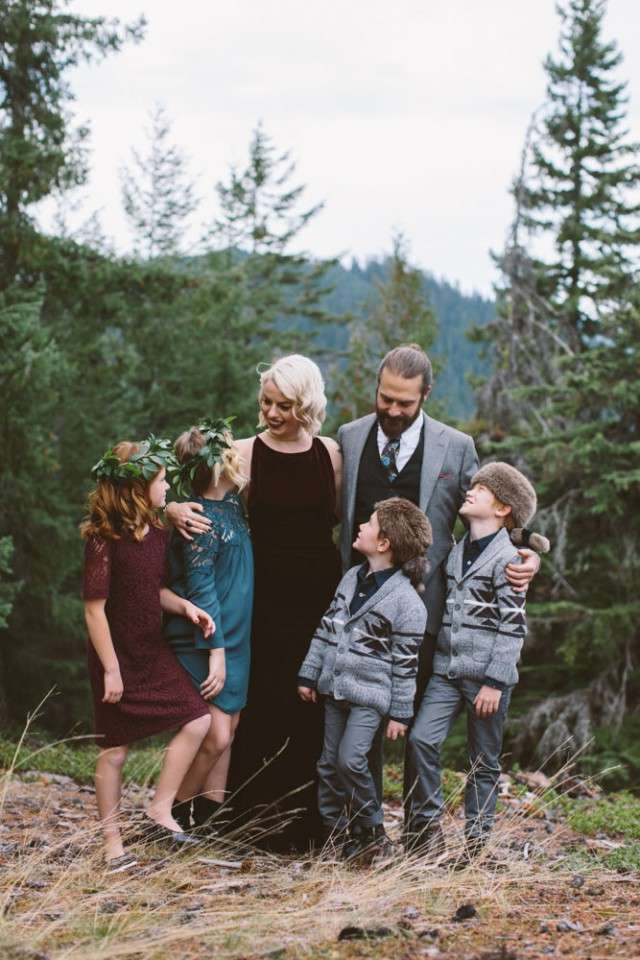 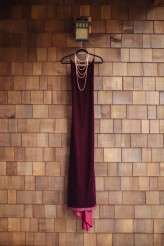 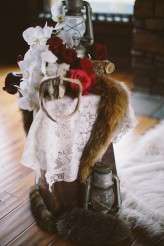 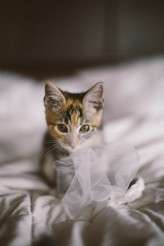 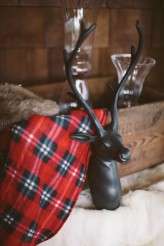 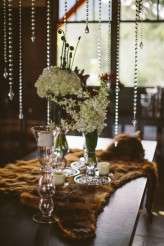 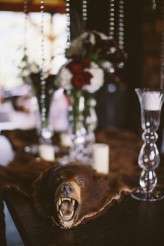 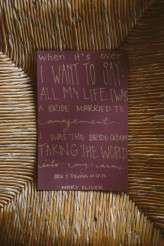 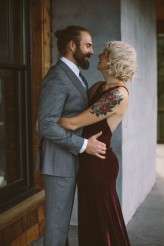 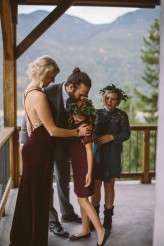 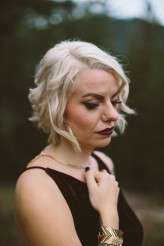 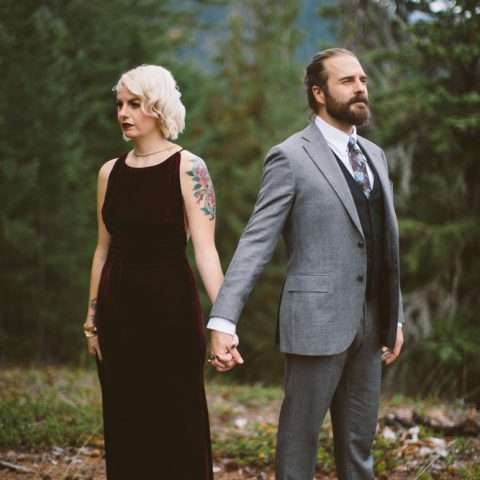 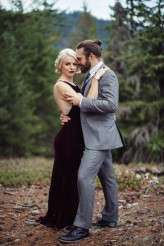 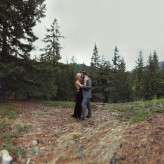 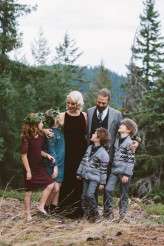 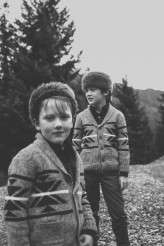 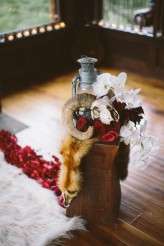 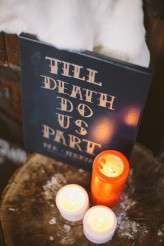 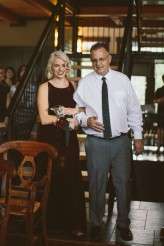 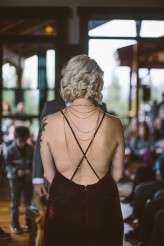 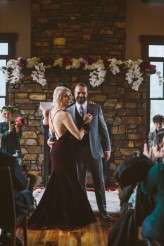 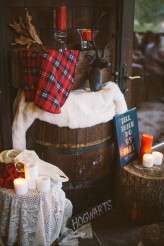 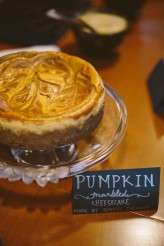 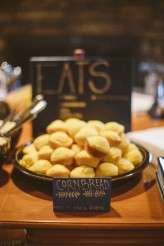 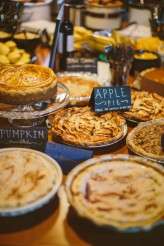