Sally and James’ first meeting was unusual to say the least! “James sent a text to an old work colleague seeing if he fancied a catch up”, said Sally. “Unbeknown to James his friend had recently got a new phone and no longer had that number. 250 miles away I had just got a new phone and the network provider had reused the number. I received a random text asking to meet up and I jokingly replied! 11 years, 3 kids and a mortgage later we finally got married! Coincidence or fate!?” 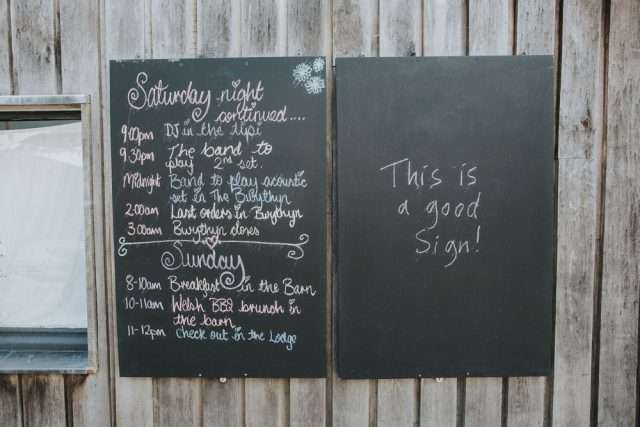 Their summer wedding took place at Fforest in Wales and was inspired by the surroundings and the venue itself. “Because of its location and its uniqueness we just went with what fitted with the venue”, she continued, “so that meant rustic, woodland, glamping and bohemian! We always wanted a weekend wedding as we were bringing our family and friends from opposite ends of the country. We also wanted somewhere where our guests could all stay in the same place and get to know each other a bit better. It took over a year to find Fforest but when we did we knew it was right.” 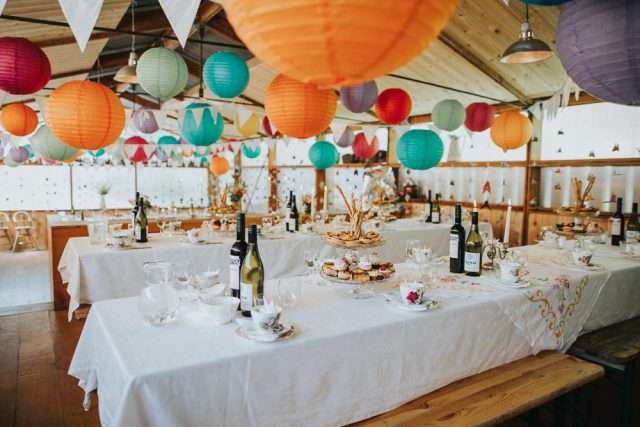 “For decor, my mum made 2438 origami cranes to decorate the tipi and the barn! She deserves some kind of medal! We made all of the props using paper lanterns and willow. Fforest are brilliant and do all of the general stuff like plates, candles, wild flowers etc. My brother made a willow arch. We bought over 100 coloured paper lanterns and hung them on the beams in the barn and we went mad with fairy lights. We also made huge hoop chandeliers out of white paper lanterns, white origami cranes and more fairy lights. We hung them in the tipi and they looked great.” 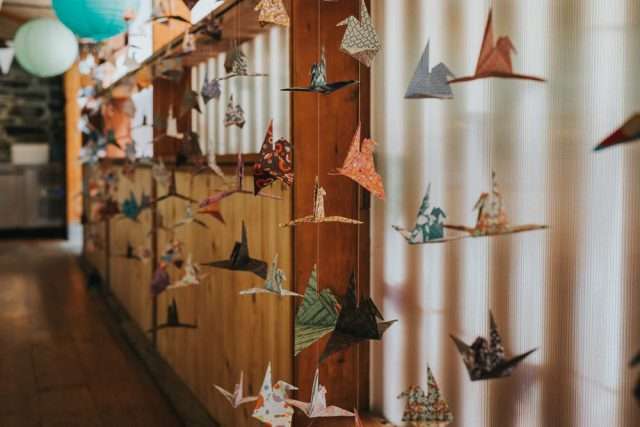 Their entertainment included a face painter and rockaoke! “We had Rockaoke on the Friday night – the best karaoke band ever! Raphaelle Fieldhouse painted faces of all of the guests. She was spectacular and is a very special lady. We also hired in Little Stars mobile crèche to look after the kids during the day and babysit on the night which worked really well as it meant all the kids were entertained fed and watered whilst we could get on with our own entertainment, food and drink.” 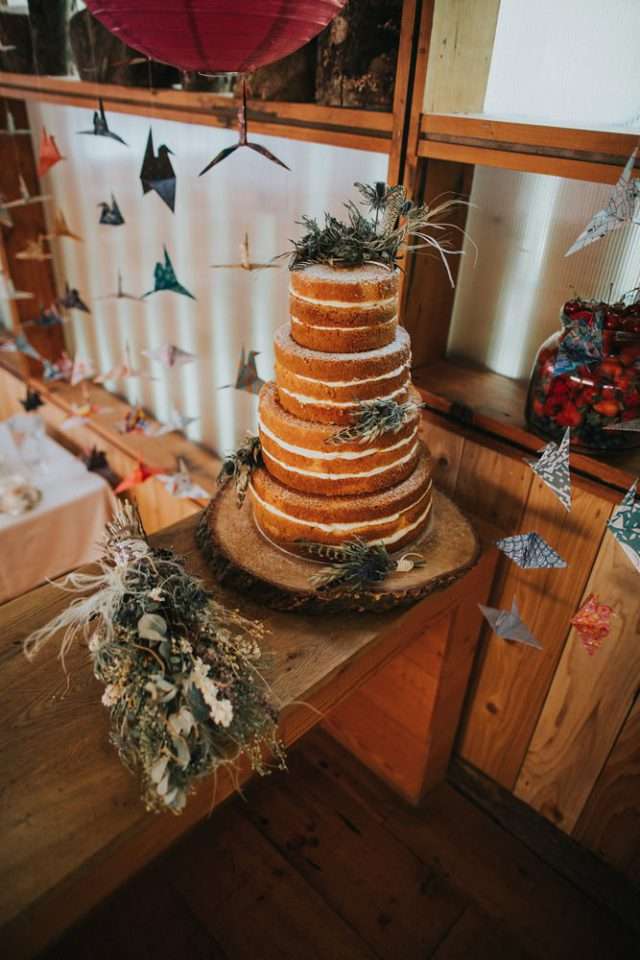 “The best thing about planning the wedding was that it really brought our friends and family closer together”, Sally concluded. “Everyone got involved in some way and that feeling of community was really apparent to us throughout the whole planning process and culminated on the day. We wouldn’t have been able to do half of what we did without them and we can’t thank them all enough.” 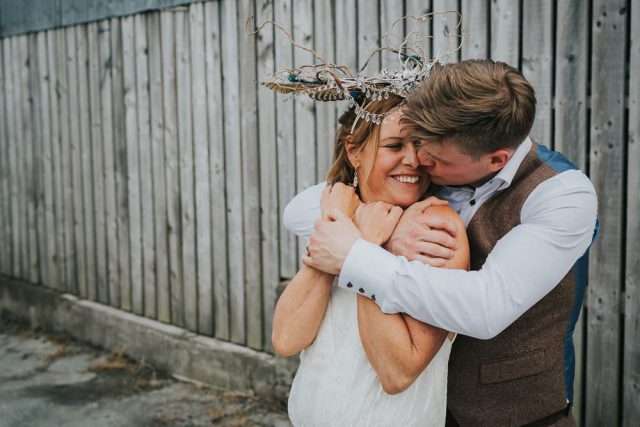 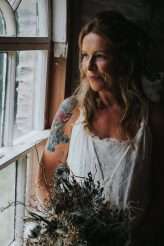 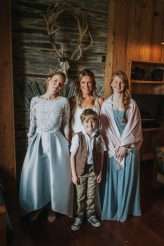 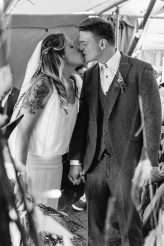 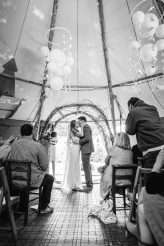 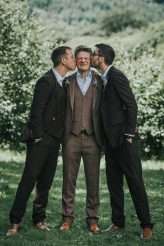 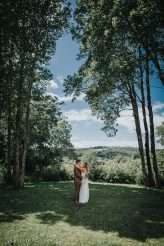 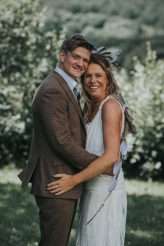 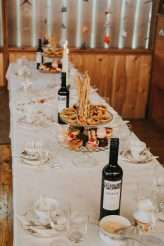 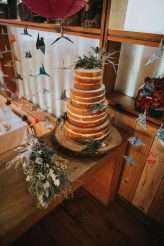 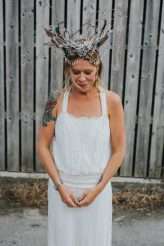 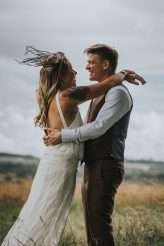 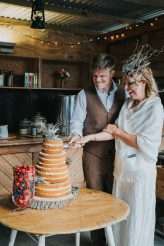