Manda and Harry didn’t have one specific wedding theme, they brought lots of things that they love into the mix. “Our wedding was a combination of VW Campervans, the 1950s, festivals, geekiness, colour, food, foxes and a hearty dollop of glitter!” said the bride, “We also wanted to use local produce, local flowers, and local vendors because we love Somerset and wanted to celebrate it too.”

The couple were married at Glastonbury’s town hall, “The main hall where our ceremony was held was so beautiful it didn’t need any extra decor. There were also all these amazing hanging baskets surrounding the entrance: when we left the building as Mr and Mrs Steele we felt like we were in a film.” 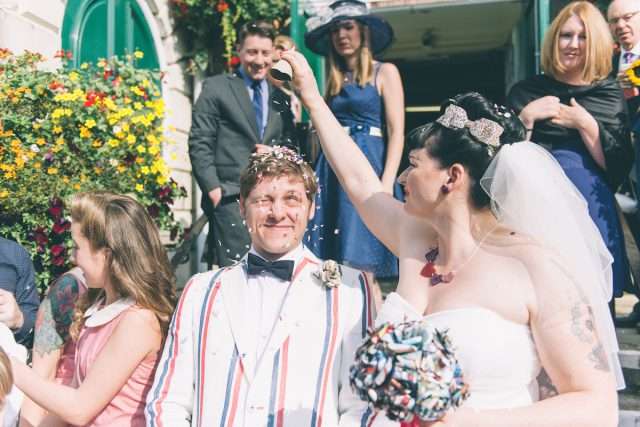 The reception was held in a circus inspired striped marquee next to a big pink house, “The house was filled with quirky furnishings and the chequerboard floor hallway to our rooms gave off a very ‘Alice in Wonderland’ vibe” she continued. “I love Volkswagens ALMOST us much as I love Harry (maybe more when he’s out of earshot), so a VW Campervan presence at the wedding was a must. When our guests arrived at the reception they were greeted by the Cream Tease Bus serving massive homemade scones and damn fine coffee. Later, we had a second VW Campervan serving ice cream.” 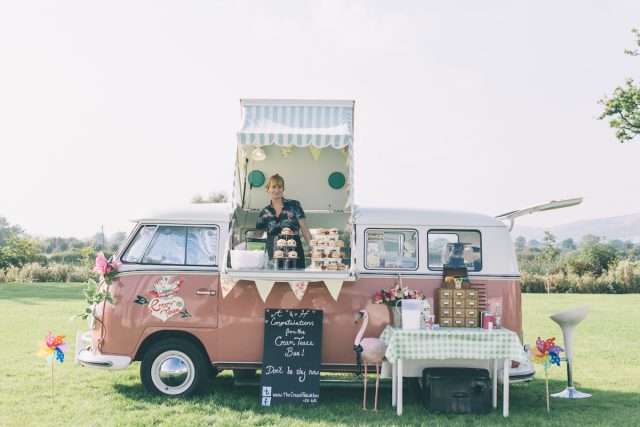 The music was very important for the couple too, “If Harry and I were a venn diagram, then we’d intersect at ‘geeky’ and ‘music’” explained Mandy. “We’ve spent the last few years at festivals such as Latitude and Glastonbury so we also wanted our wedding to have a festival feel. We hired Disco Shed for the evening, who we’d seen at Latitude and had been seriously impressed by their skills. We were so chuffed when we found out they did weddings in the form of Disco Wed. I spent a good hour on the phone to our DJ Aldo discussing our music choice, and had a ‘banned’ tracks list!” 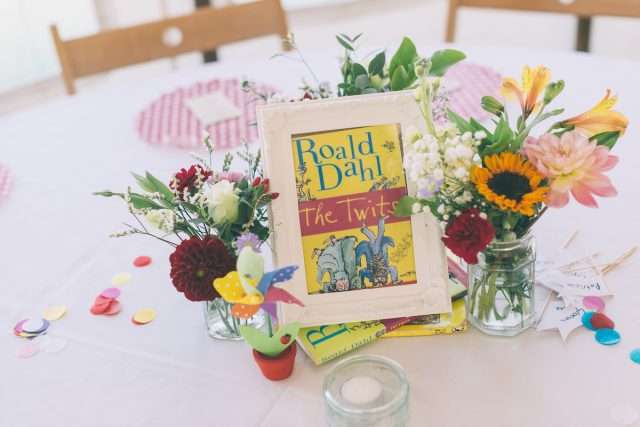 “As massive foodies the wedding breakfast was really important to us too, and definitely one of our favourite parts of the day. As well as the reception scones and ice cream, we had a gut-busting American BBQ by Passion and Smoke. We chose them not only because their pulled pork, brisket and burnt end beans were the best we’d ever tasted, but also because it allowed our guests to have as much or as little as they liked and not have to wait for everyone to finish whatever course they were on before getting a VW ice cream for pudding!” 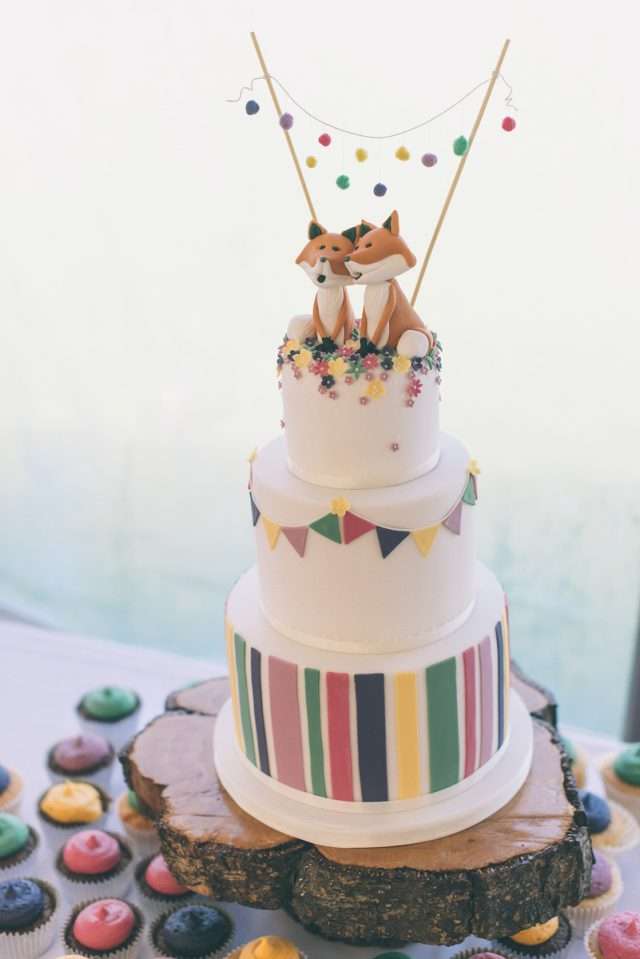 For entertainment the couple hired a TARDIS themed photo booth. “Instead of a regular photo booth we had one that could travel to any point in time and space! It proved to be a massive hit! We’ll never forget the sight of Harry’s mum, aunt and grandmother spilling out of it in fits of giggles.” 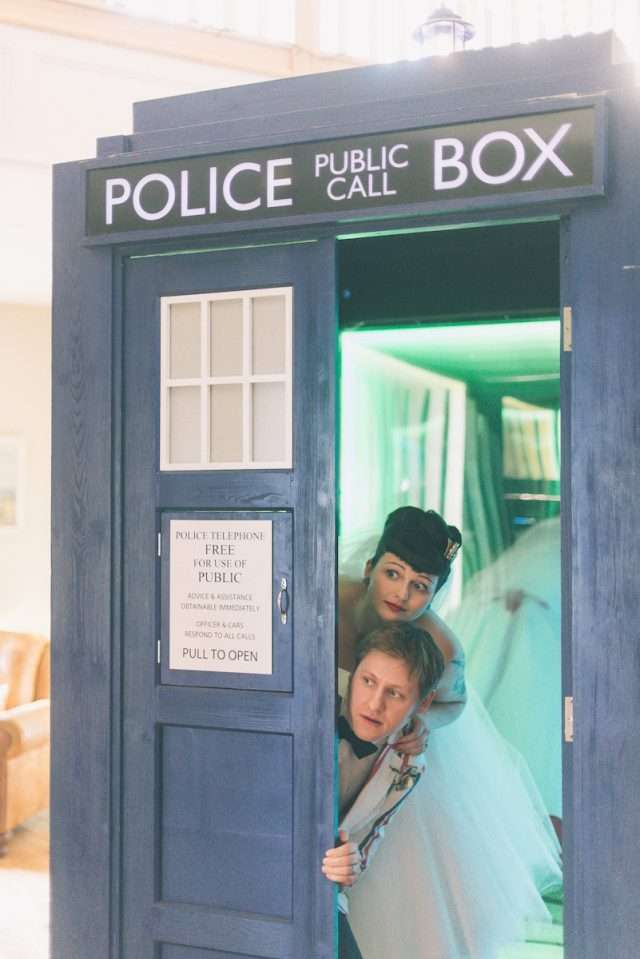 The couple’s biggest expenses were Manda’s dress and the marquee. “I’ve lived with BDD since being a teenager,” she explained, “so the dress selection process was really hard and one which I found quite daunting. A few places I visited I had felt a bit intimidated, but two (Fur Coat No Knickers and Candy Anthony) just seemed to ‘get’ what I was about. They did so much for my confidence and in the end I chose a Candy Anthony ‘Isabella’ dress with four layers of hot pink petticoat. Honestly it felt so good and I can look at photos from the day and I feel I look ‘OK’ which is a huge thing for me!” 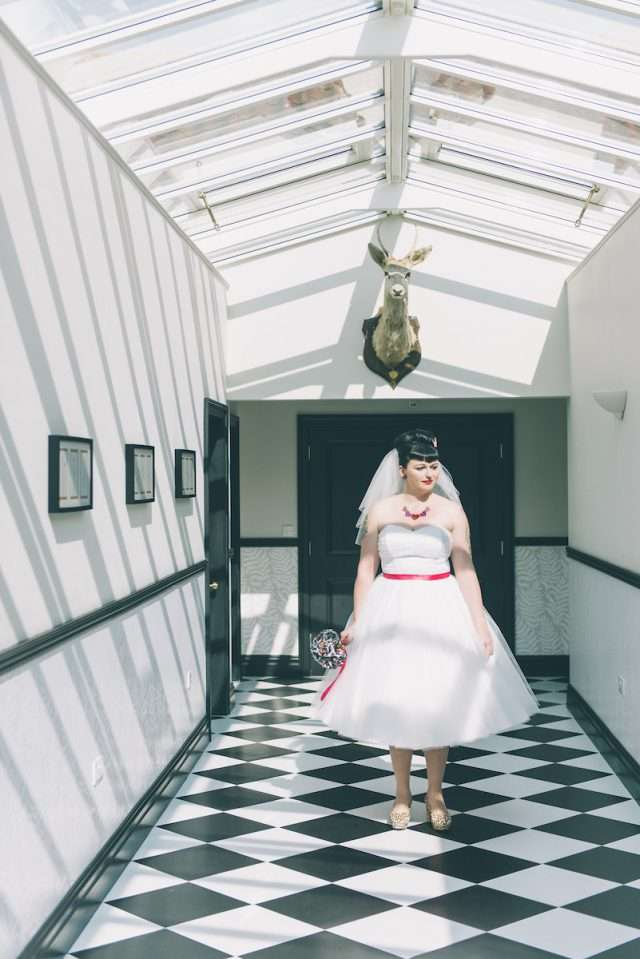 To save money the bride wore shoes she already owned, did the flowers herself and a few DIY projects, “I wanted to get my craft on for the big day but this came fairly late in the day because I was finishing up a Masters Degree just a couple of weeks before the wedding. I did manage to make my bouquet and the buttonholes from comic books, some glittery letter decorations, the invitations, order of service and all the table names (which were named after Roald Dahl books) and the table plan. We also didn’t want to spend too much on favours so I made little stamped envelopes of wildflower seeds.” 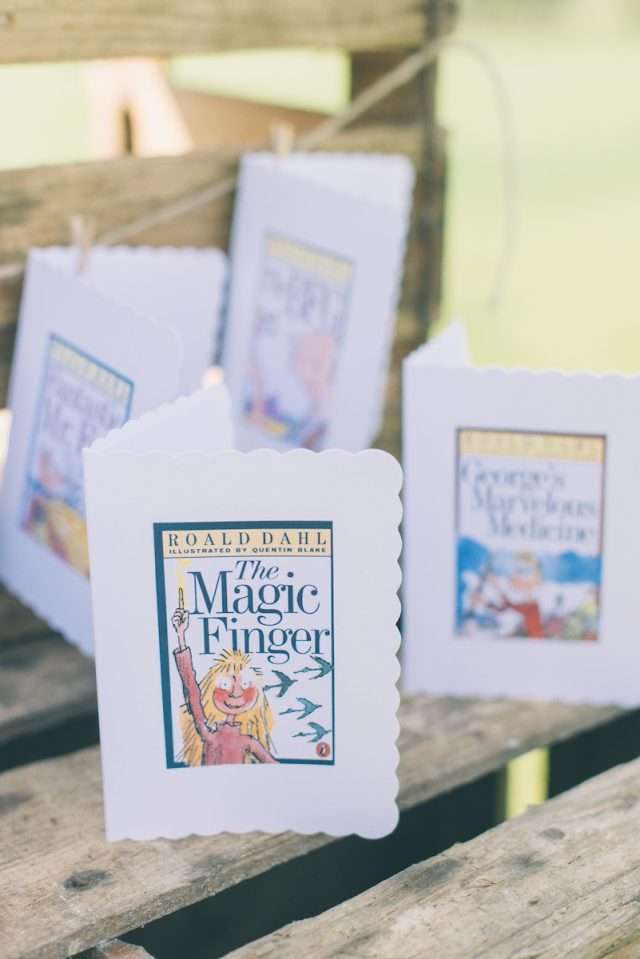 “Our advice to other couples is to definitely do what YOU want and don’t be swayed by other people’s opinions. You don’t want to look back on your wedding day and feel like you’re celebrating somebody else’s vision!” 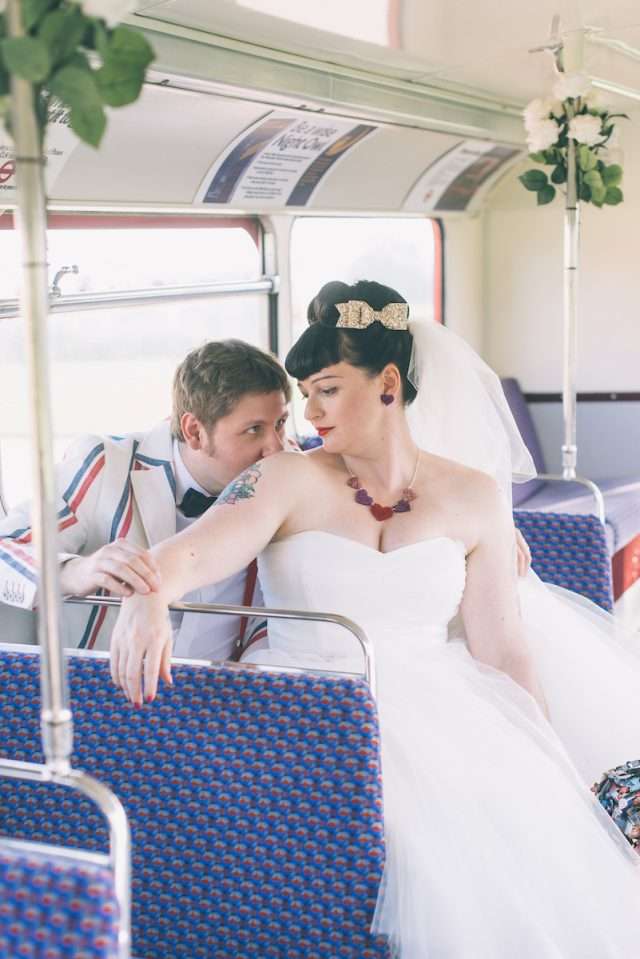 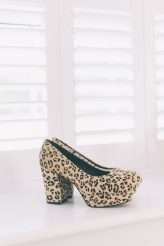 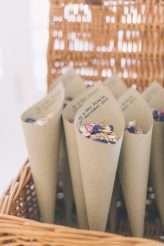 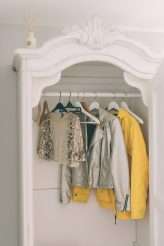 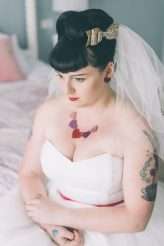 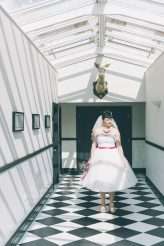 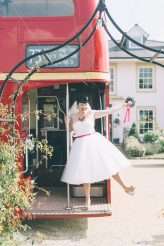 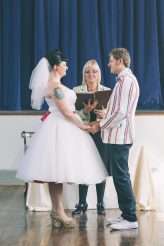 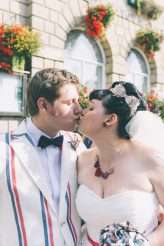 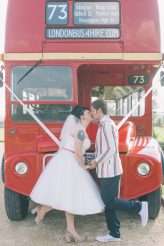 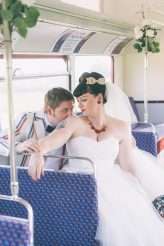 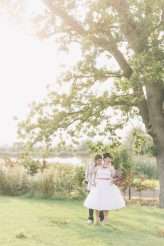 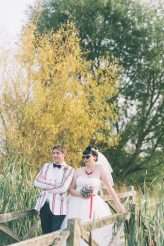 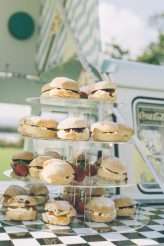 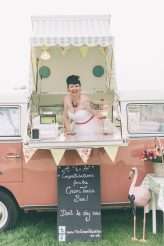 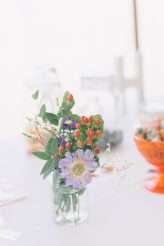 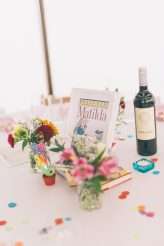 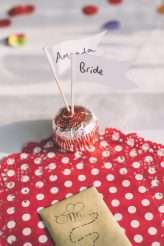 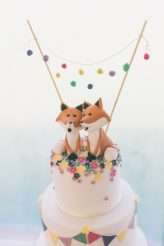 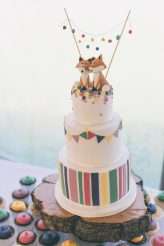 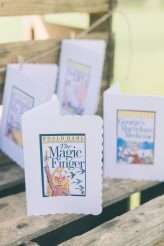 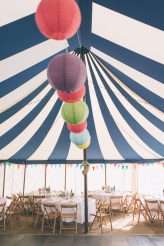 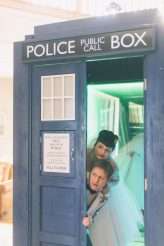