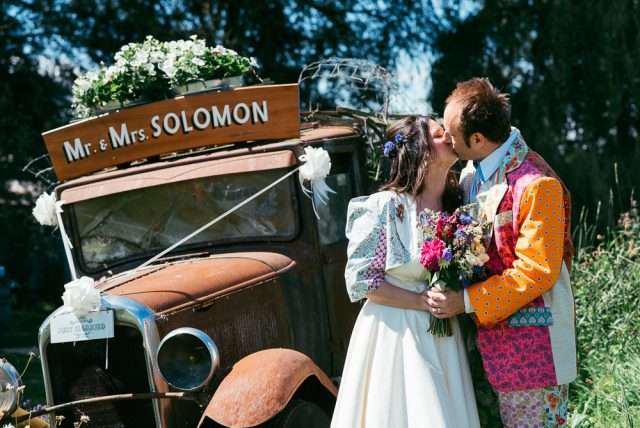 Usually, it’s the bride that steals the show on a wedding day, but Andy wasn’t going to let Emma get all the attention. His custom made, patchwork suit is a sight to behold! Bespoke dressmaker Carol Burrows (no website, call: 07960040248) made it, as well as the bride and bridesmaid’s dresses. 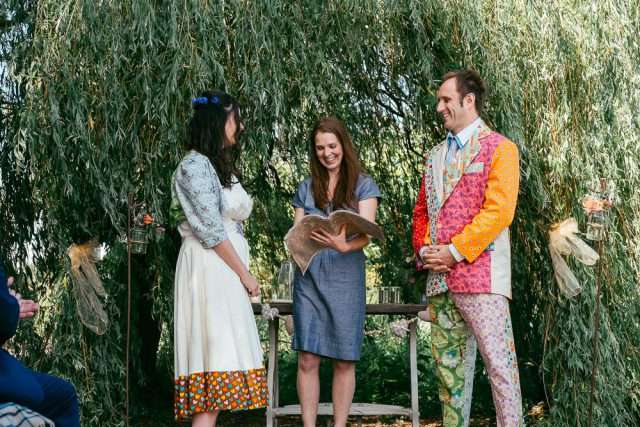 The July wedding was informal and influenced by the couple’s love of festivals. “We wanted the day to be colourful and happy!” said the Emma. “We wanted something that was personal and represented us as individuals, hence Andy’s suit. He likes to wear bright shirts. The festival theme reminded us of our favourite festival (Cropredy) with that laid back, chilled out feel.”

“We wanted the chance to play together at some point during the wedding so we decided that we would play the first dance while our guests danced along to us! We played Start Wearing Purple by Gogol Bodello – I played fiddle and Andy played guitar.” 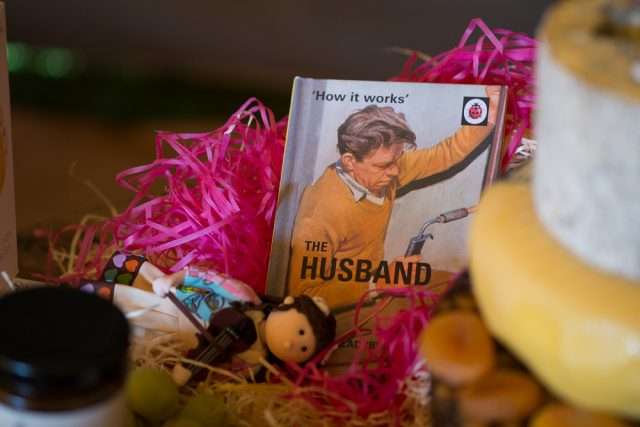 Their ceremony was written and conducted by Jan Shilito. “She did did an amazing job” Emma continued. “We wanted somebody who could capture our spirit and personality in the ceremony. Jan did this and more. Rather than making it religious, it was about music and each other and she managed to include references to our favourite authors, our favourite music, our friends, family and bands. It told our story.” 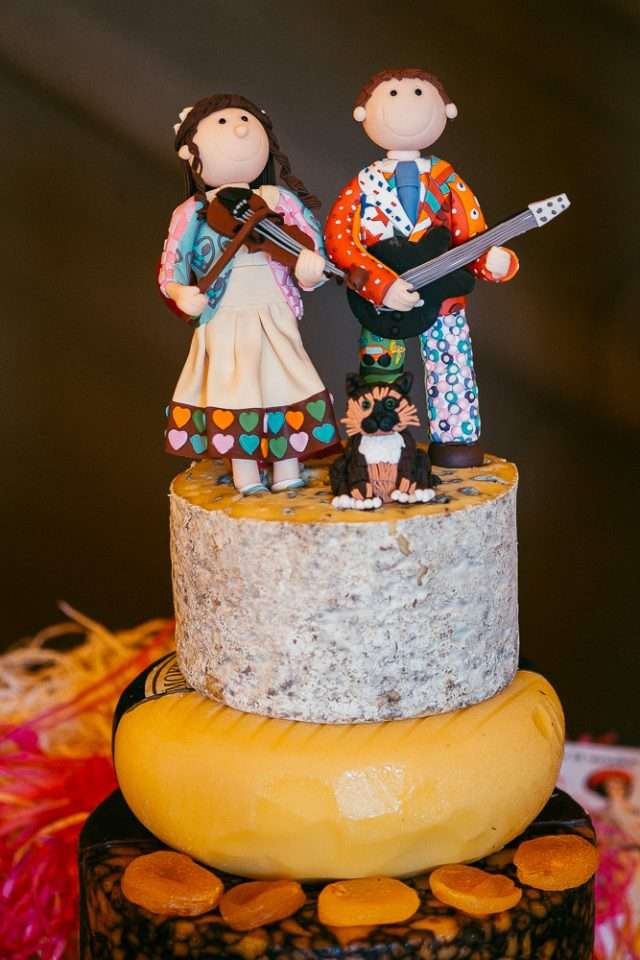 “The best thing about our wedding was that we were able to do it our way. We didn’t set out to be overly different or to have a particular theme. Ultimately the wedding was a sum of its parts. We just kept adding the things we liked and made us smile. There are so many tiny details which helped make the day – the wristbands, the weather, the venue, the tipis, the food, the celebrant, the best man’s speech, our friends all dressed in colourful clothes and all our family and friends together to help us celebrate. The love was overwhelming!” 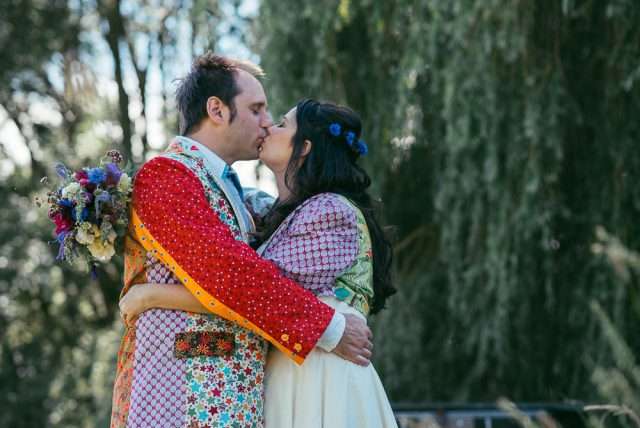 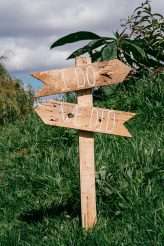 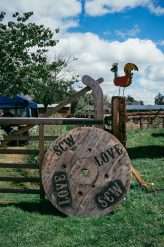 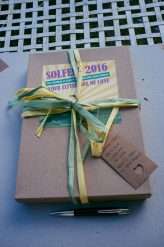 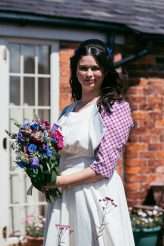 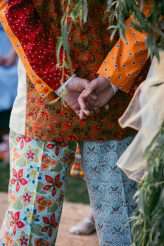 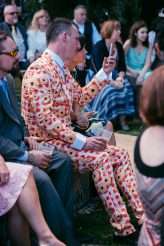 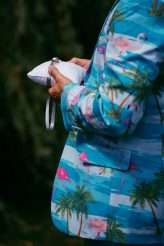 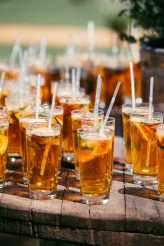 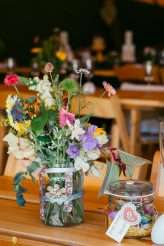 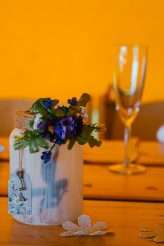 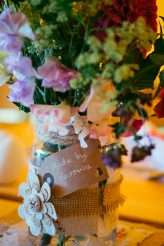 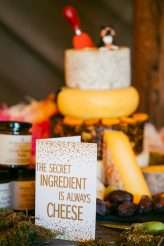 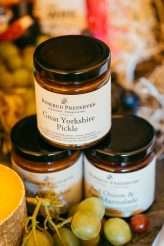 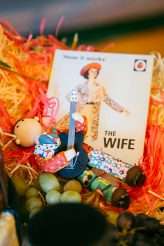 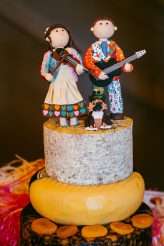 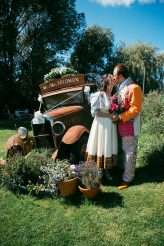 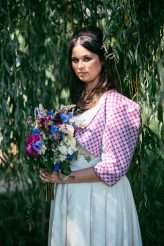 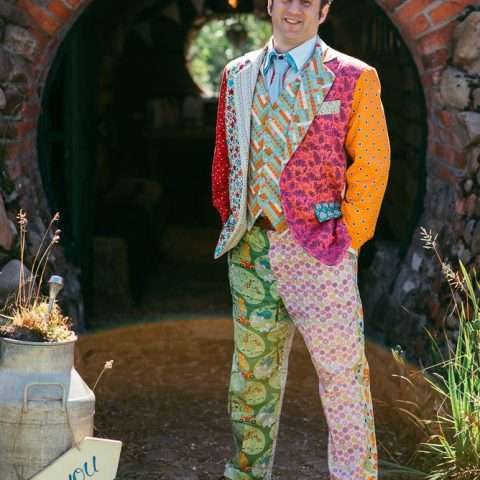 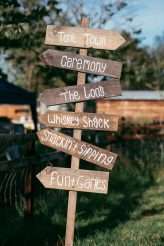