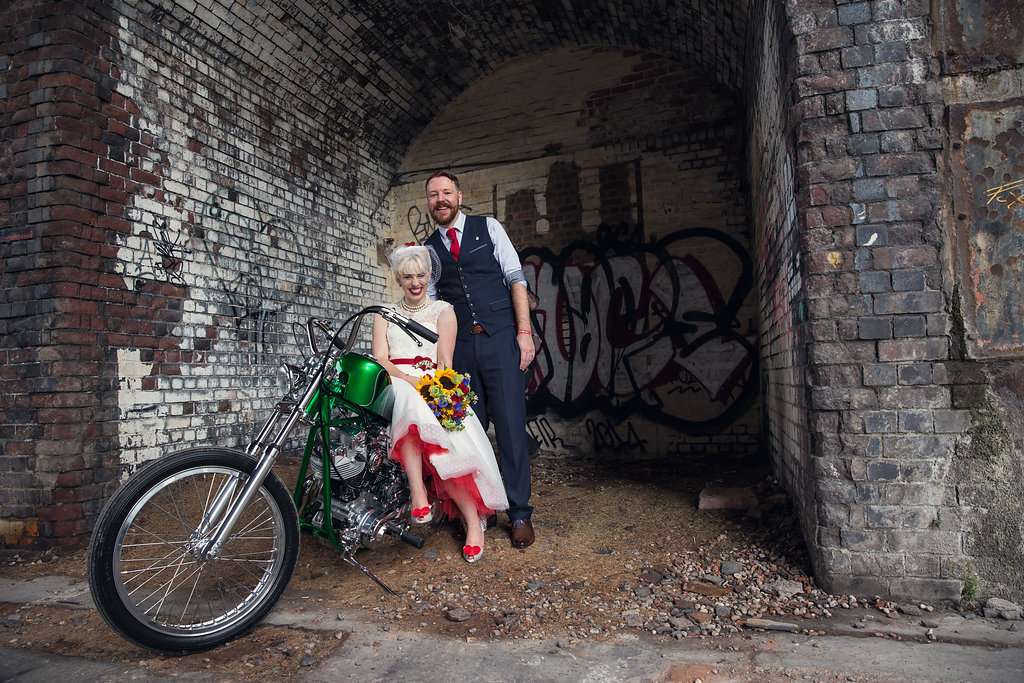 Becky and Si had a retro inspired wedding in Birmingham. “We didn’t really set out to have a specific ‘theme’ but just went for things we both like”, said the bride. “Si came up with the idea of inviting guests to join in with dressing in a 1950s style if they wanted to, which I wasn’t sure about at first but there were lots of awesome outfits!” 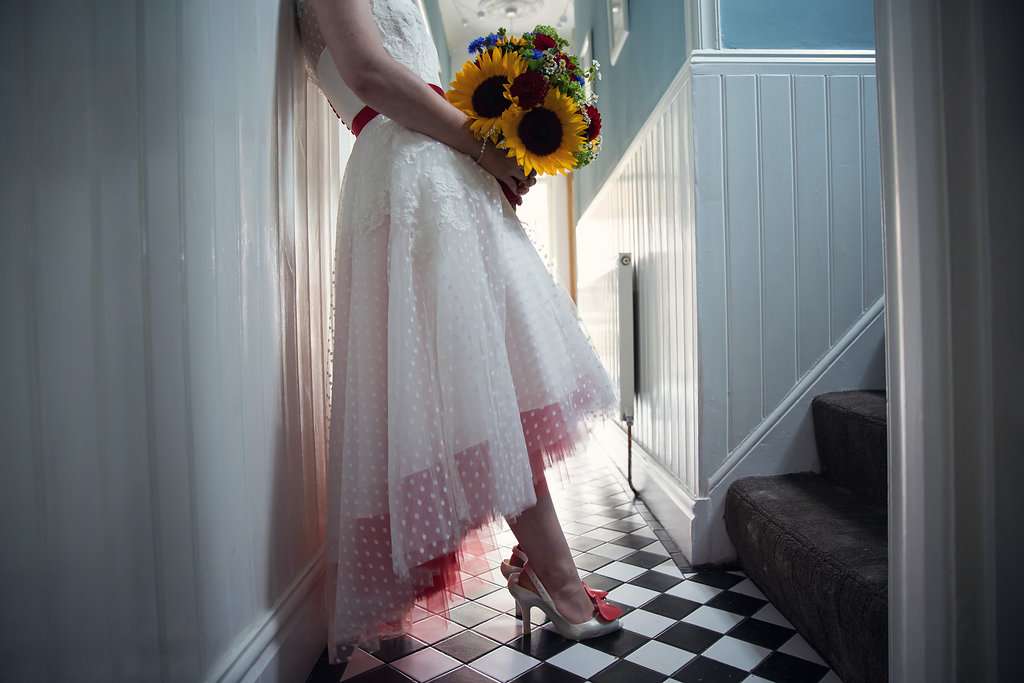 The wedding was held at Fazeley Studios. “I wanted the wedding to be bright, colourful and informal. It also fit in with the venue and the surrounding Custard Factory area, which has lots of creativity, bright buildings and graffiti. Si did make fun of my use of primary colours, suggesting it’d look like a children’s party, but I think he was impressed with how it all came together in the end.” 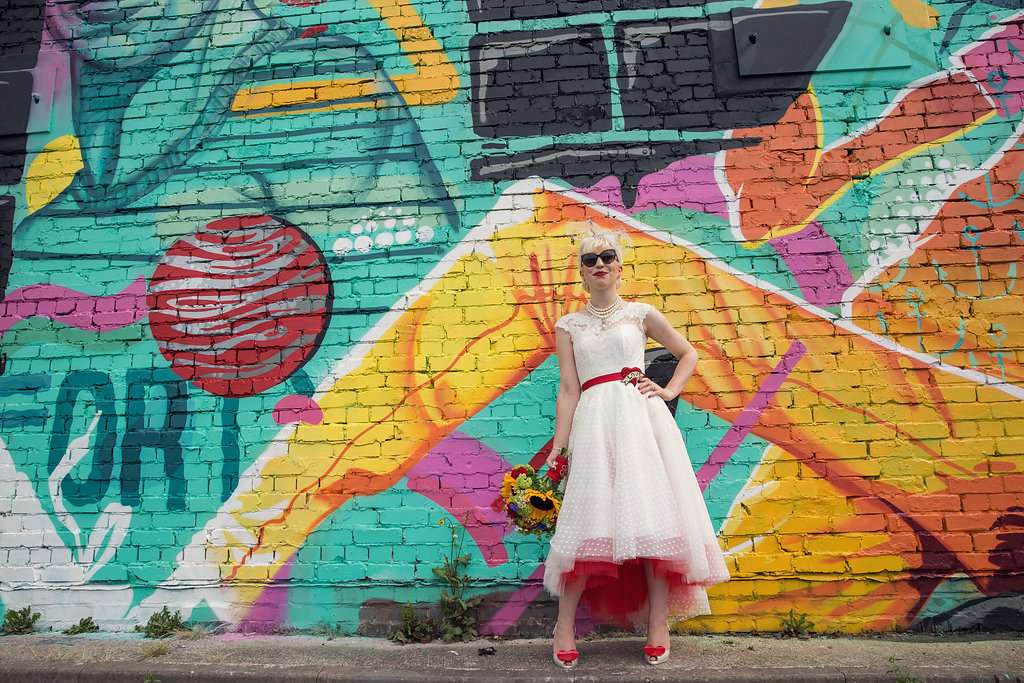 “One of the funniest moments at the wedding was the arrival of our special guest – Debra the zebra!” she laughed. “A friend of the family brought her home from work a few years ago and there’s many photos of us on the zebra at parties, so we thought why not bring her to the wedding for people to have photos on? We planned to just have her at the venue but when Sassy suggested taking her out on adventure for some photos with the bridal party we couldn’t really say no!” 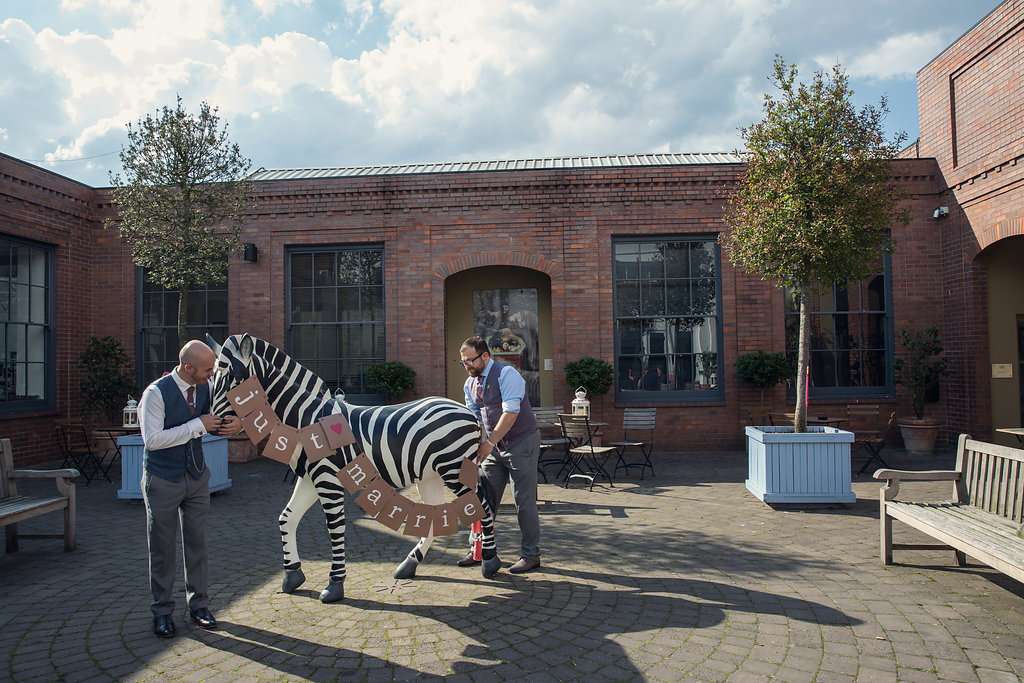 The bride’s gorgeous dress was made for her by The Couture Company. “I can’t not mention my amazing dress from Jo and the team at The Couture Company. I was a bit worried about the idea of having a bespoke dress (it felt like a lot of pressure to get it ‘right’) but I’m so glad I went with them. They were all so lovely and it was definitely ‘my’ dress! Similarly, all the bridesmaids and groomsmen were up for going a bit different in their outfits, so it all fit together.” 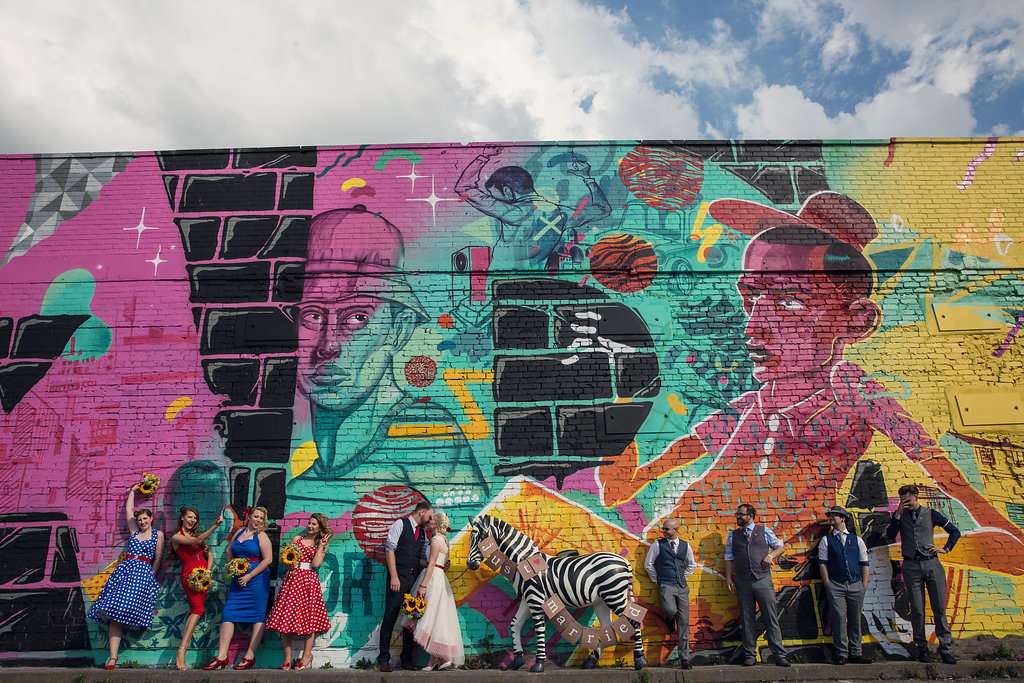 “The decorations were all DIY –  the lanterns, chalkboard signs, our photo guestbook board, vases and flowers and the vinyl record bowls. My mum also made the cake and cupcakes which was amazing and one of my friends made us special sweets to give out as she unfortunately couldn’t make the wedding but still wanted to be part of the day!” 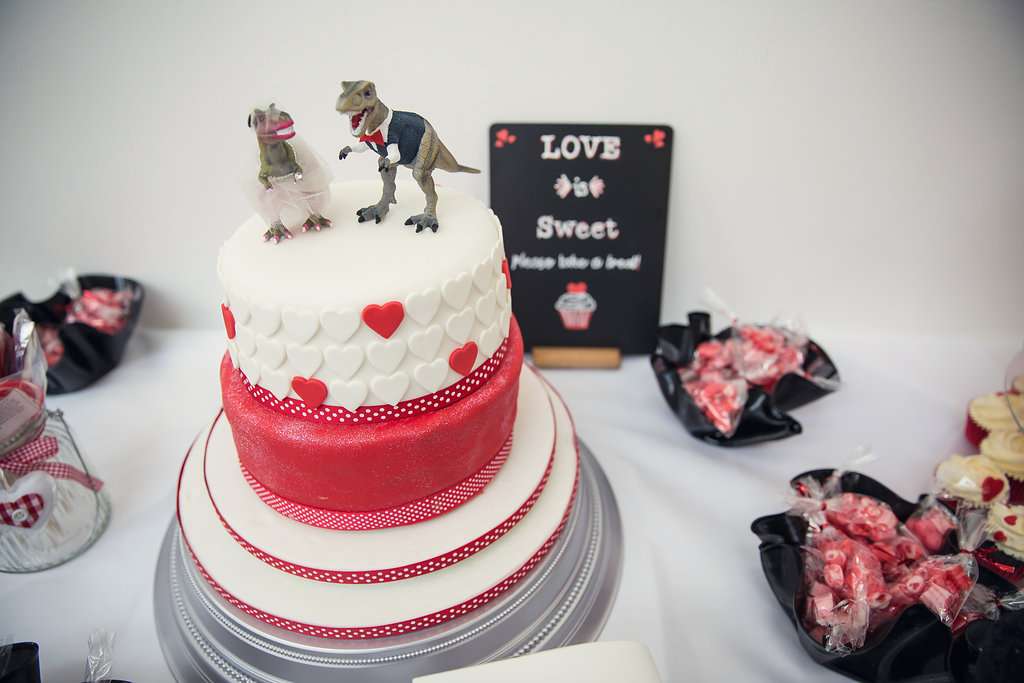 “The hardest thing for me about wedding planning was worrying that we weren’t ‘cool’ enough to pull it off”, she concluded. “I was worried everyone would think the day was rubbish! Si would tell me it wouldn’t matter even if they did and end the end I didn’t have anything to worry about because it was the best day ever! 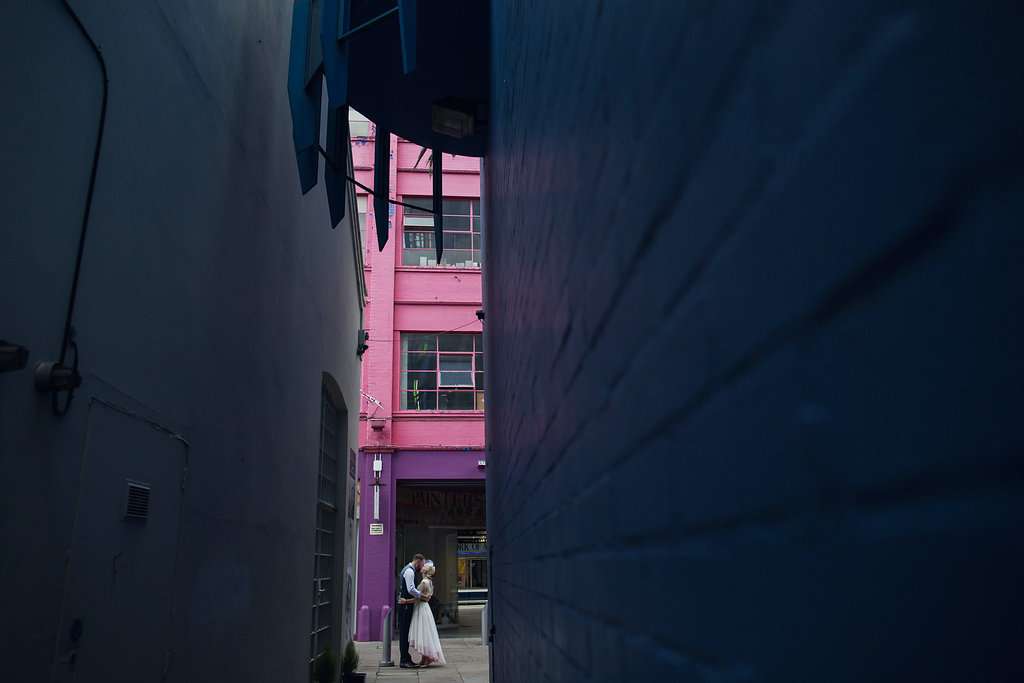 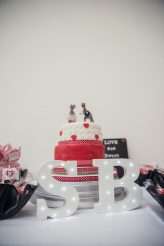 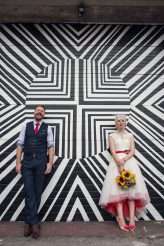 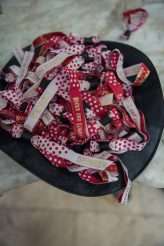