Aubrey and Noah met in 2010 while both working at the venue where  they chose to get married. They started dating two years later, and within four months of that Aubrey was pregnant! 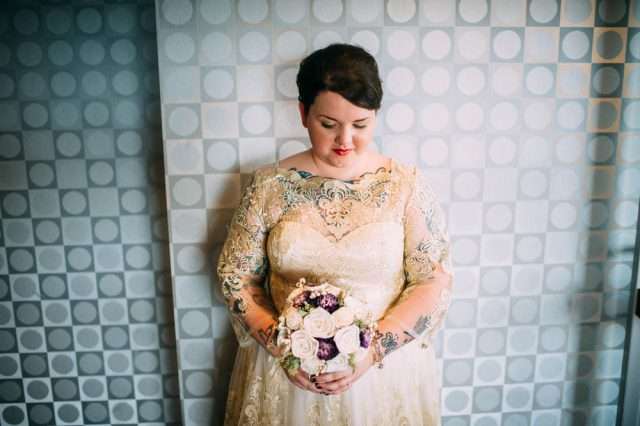 “Our wedding was meaningful and representative of our relationship”, said the bride. “We also had a dash of purple and gold as our colour scheme. I tried to incorporate things we love throughout such as tattoos, so we had a temporary tattoo booth. We both like baseball, but love two different teams so I had bobble heads made to represent them both. Since we share a love for music, having the wedding at the music venue we met at was awesome. We made a concert poster and custom guitar picks as favours. Noah is a beer fanatic so we had beer koozies as favours too.” 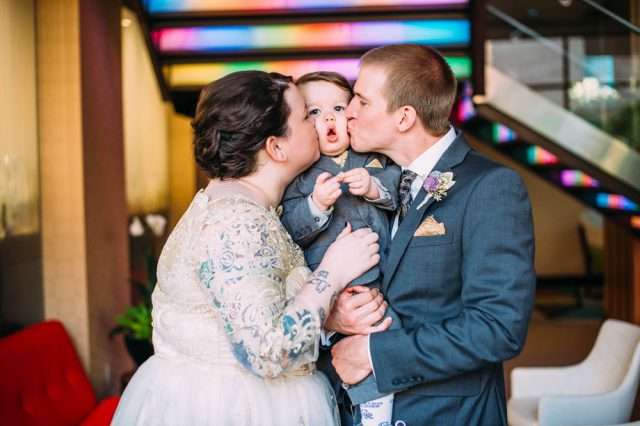 They planned the wedding in five months so they kept a lot of things simple. “We chose to only have one person on each side as our the bridal party. We both have lots of siblings (Noah has nine!) and close friends so our bridal party would have been HUGE if we included everyone. So we chose to keep it very small. My maid of honour was my cousin who’s been my best friend since she was born, and Noah chose his (only) brother.” 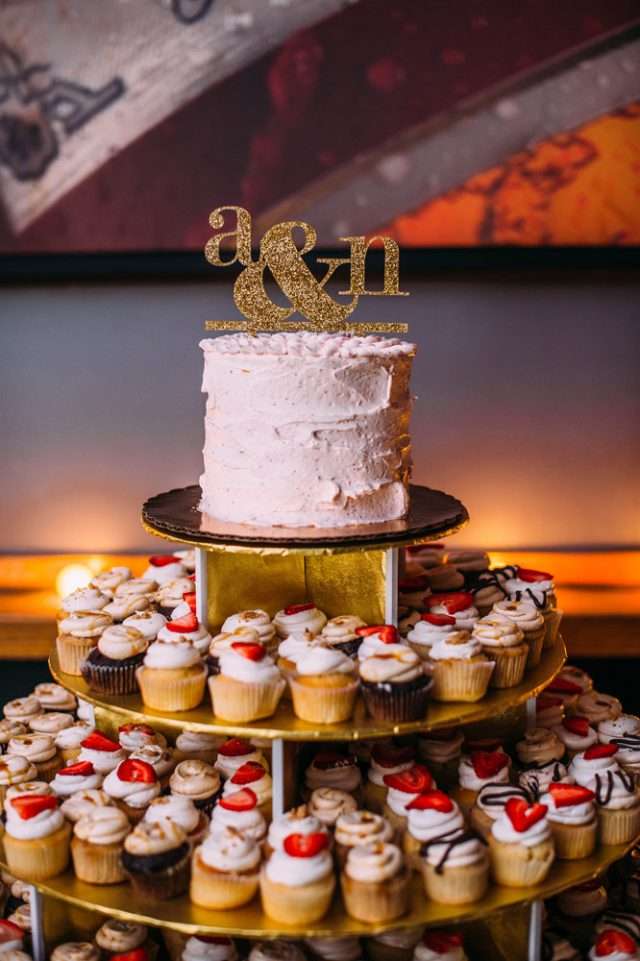 “We had lots of wonderful help with set up from family and friends. We left the venue tables and chairs set up as it would have been for a gig. We made sure it was kid friendly too with colouring books, light up sunglasses and rings, and a temporary tattoo booth. The kids loved playing in the confetti we had at the end of our ceremony.”

“One of my best friends designed our stationary and made us a logo which we used on our favours, cake topper, and was featured on our concert poster.” 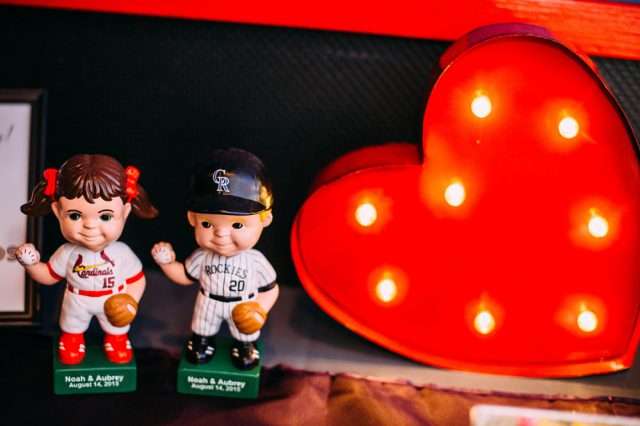 The ceremony was officiated by one of the groom’s sisters. “She got ordained online. We wrote our own ceremony and vows. Noah’s were short and sweet and mine were long with a lot of humour thrown in. We had the ceremony and went straight into dinner and dancing.” 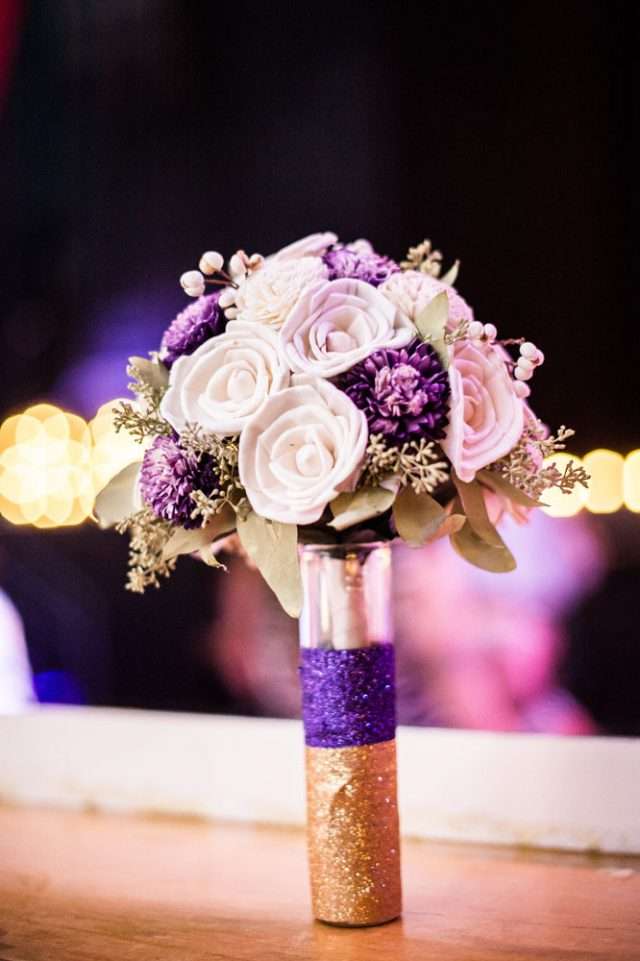 “Our biggest money savings came from the venue”, she continued. “Because we both worked there for four years the owner was kind enough to cut us a deal and saved us a ton of money. It meant so much to us to have the wedding where we met and we couldn’t have done that if he hadn’t done that for us. We also chose to do a cash bar. We saved money on the flowers by using wood flowers instead of real ones. Plus they last forever so I didn’t have to worry about drying my bouquet out quickly after the wedding. I also saved money on my dress, I fell in love with it online and waited until it went on sale. It wasn’t overly fancy but it was perfectly me and I was glad to not drop money on something I’d likely only wear once.” 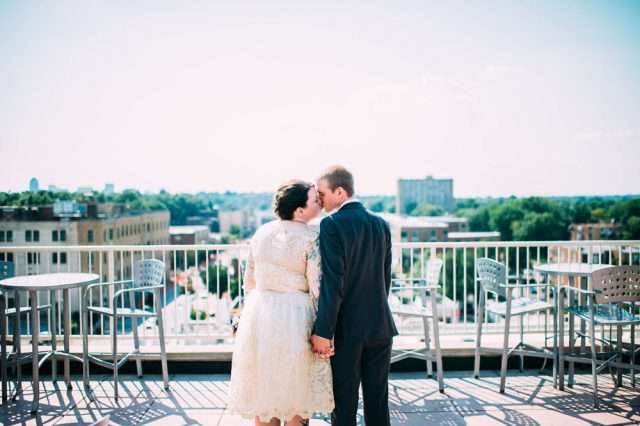 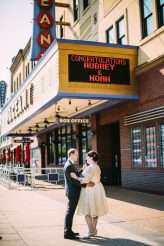 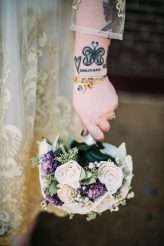 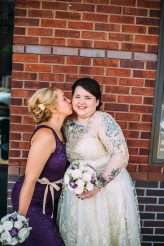 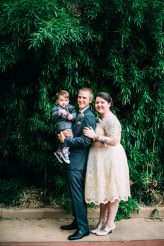 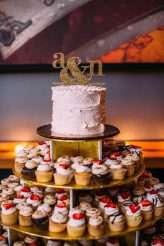 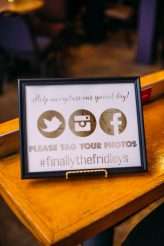 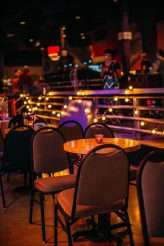 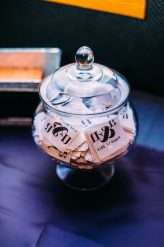 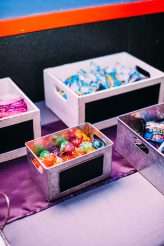 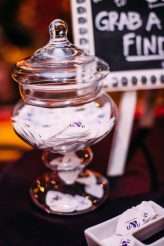 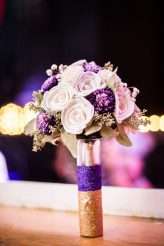 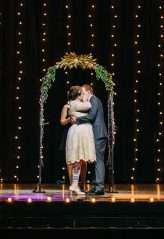 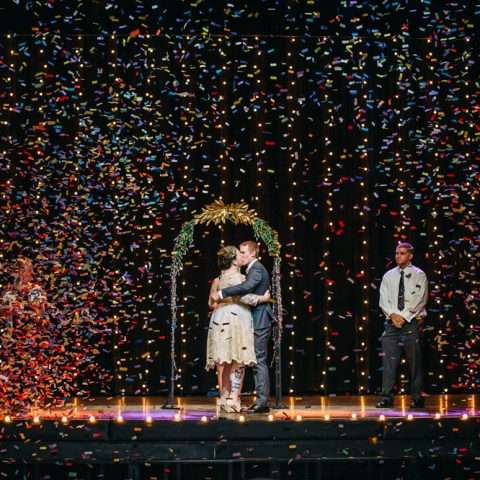