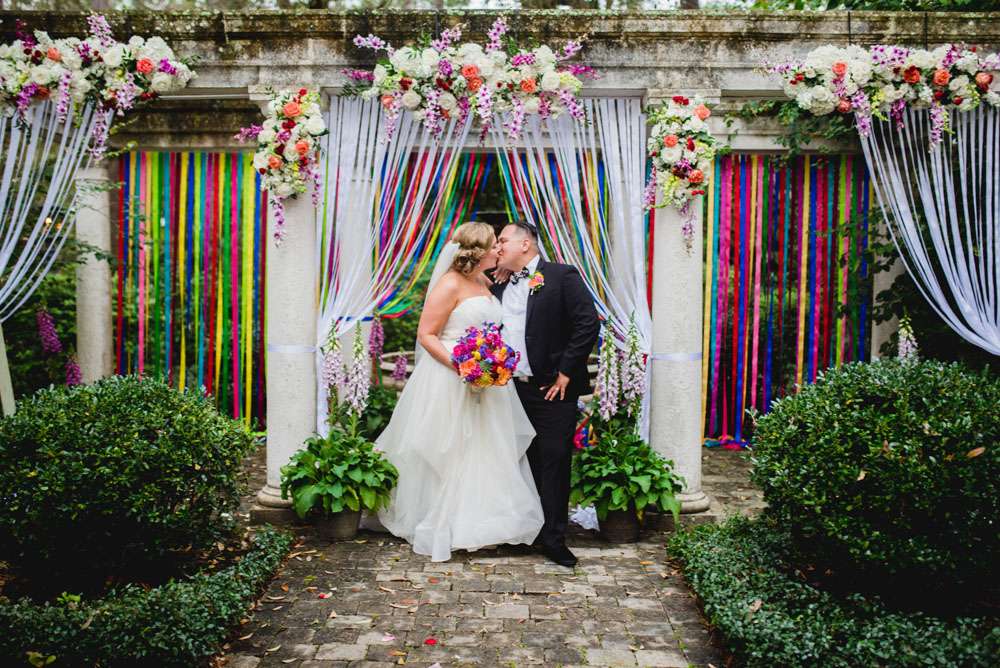 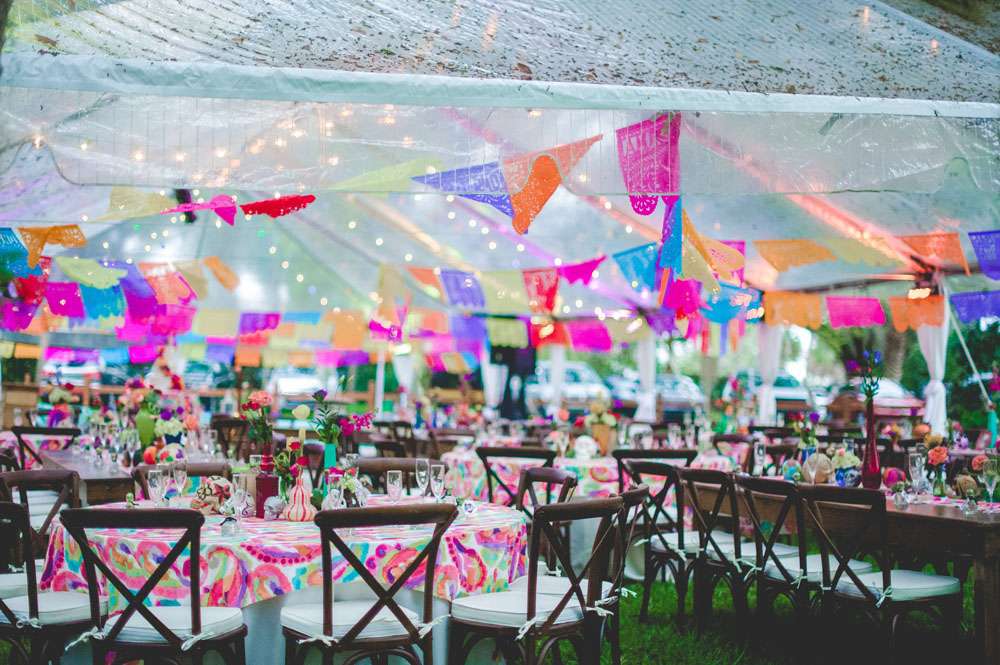 “Jay is really into skulls and I love his heritage and bright colours so we really wanted the wedding to be a good mix of both of us”, said the bride. “So many couples tend to embrace muted, classic colours for their weddings but we did not! We also wanted to nod to our family unity. That was really important. The venue was incredibly personal as it was a family home.” 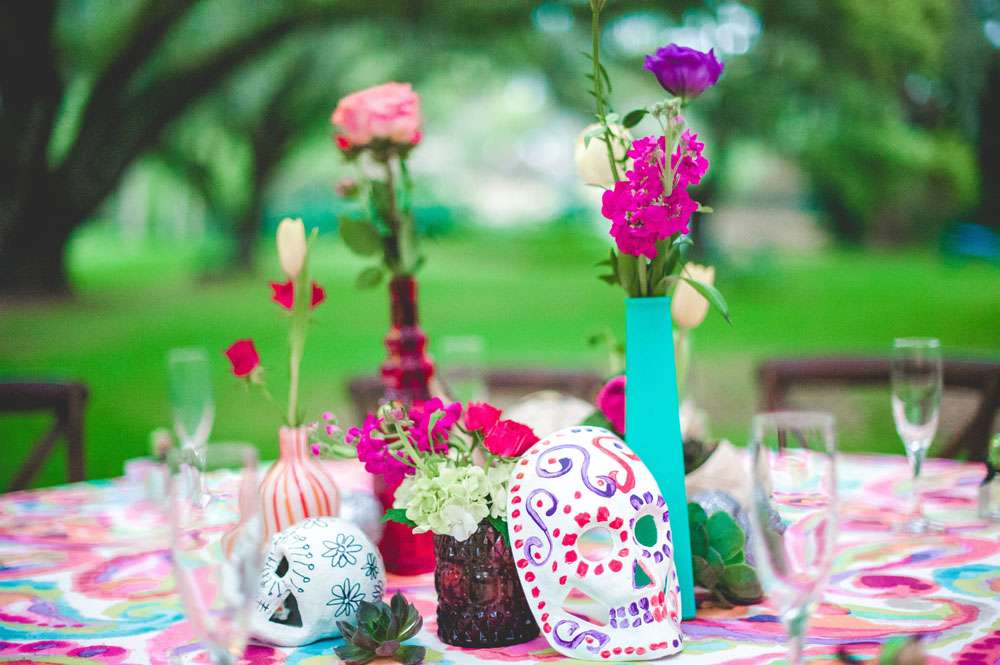 “We wanted our ceremony to be like a pixie hollow fairy wonderland with a hint of colour. We also wanted to share with our family that it wasn’t just us uniting as one, it was all of us as a family. Our officiant, Eddie the Shaman, really helped us and put both of us at ease.” 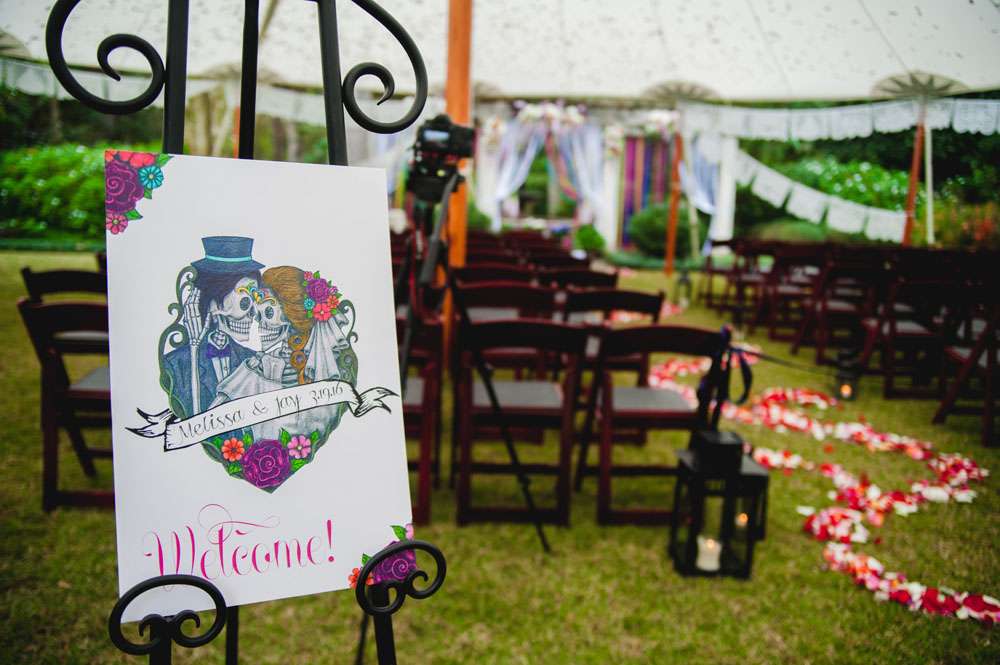 The couple, very luckily, have a wedding planner in the family. The bride’s aunt helped them plan the day. ” She honestly was my rock and made the process so easy. She also bought these wooden frames that she painted and glittered and put pictures from our engagement shoot on and placed them on the tables it was such a cute little accent. I loved everything about the wedding. I was just overwhelmed with the beauty of it all.” 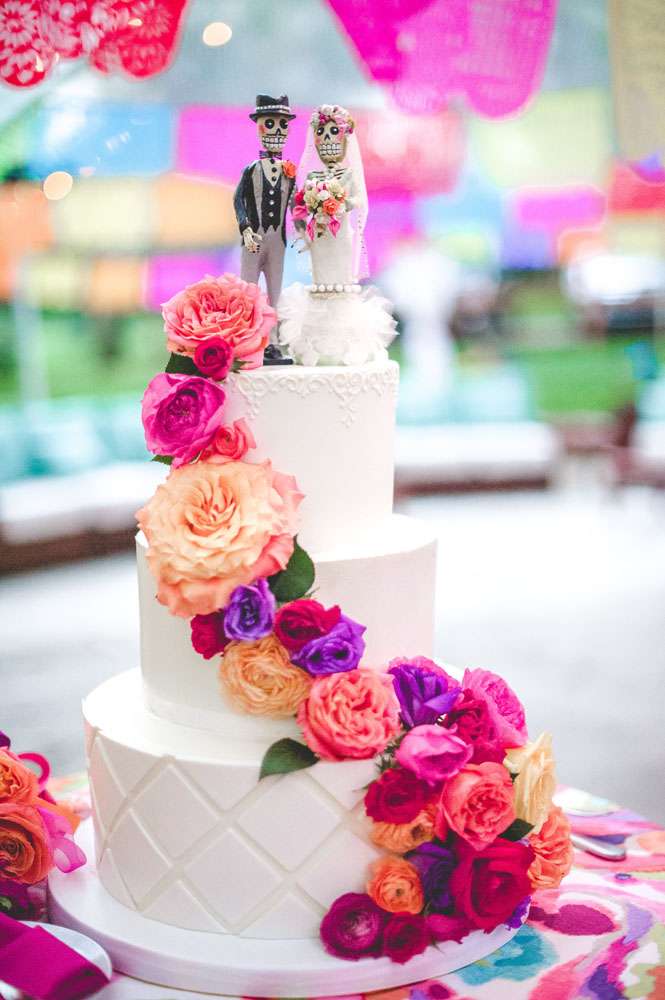 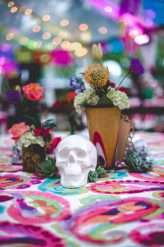 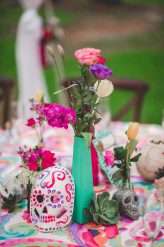 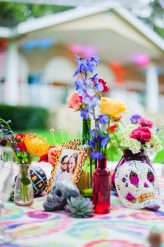 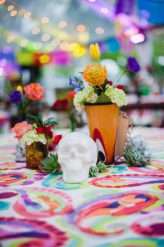 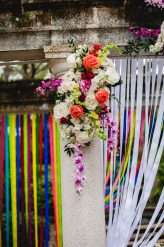 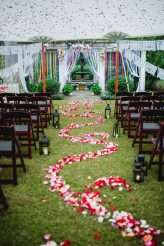 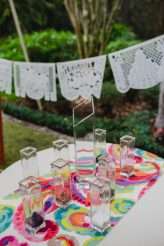 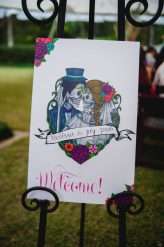 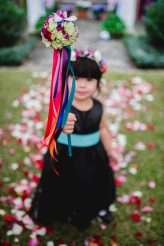 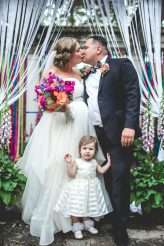 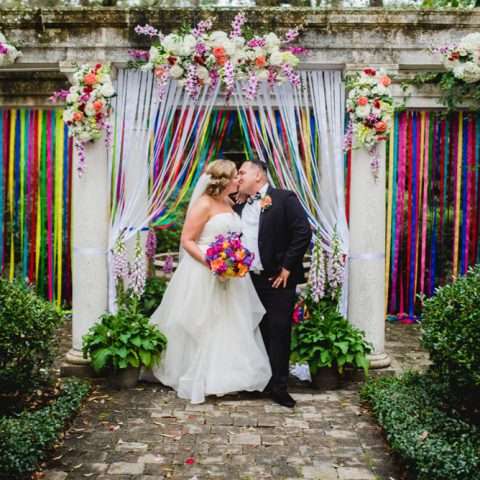 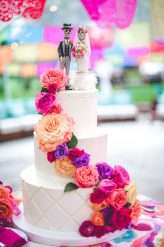 The variety of amazing weddings I get to feature really does make my job the best in the world! This morning I posted a sweet little jazz themed wedding and now I'm sharing an all-out colour, DIY, Mexican inspired explosion. Epic!

Isabelle and Olivier were married in Québec, Canada. Although barn weddings are now seen as pretty mainstream, and this couple are anything but, the bride had dreamt of being married in a big beautiful barn ever since she was a child... so that's exactly what they did! They still wanted to put their own spin on the day though (of course!) so they went down the hyper colourful, Mexican vibe for their theme.