Tom and Fran’s wedding was inspired by their love of Mexico and the beautiful decorations and colours that are used in traditional Mexican weddings. “When we started planning the wedding, we just couldn’t bear to look at one more lavender satin chair cover so we decided to make it as colourful and interesting as we could”, said the bride. 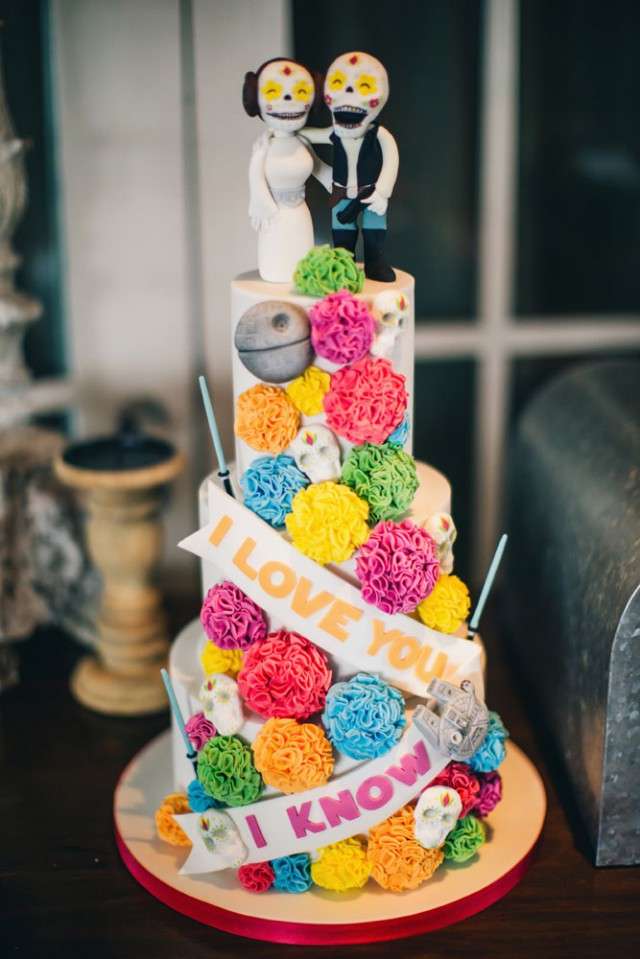 “Since we’ve been together we’ve spent a fair bit of time in LA and from that have come to love Mexican food so we put together a delicious Mexican menu that everybody would enjoy. Again, we just couldn’t stand the idea of the traditional ‘chicken in a cream sauce’ you get at every other wedding! And of course, we also had to have a Mariachi band. They were a definite highlight.” 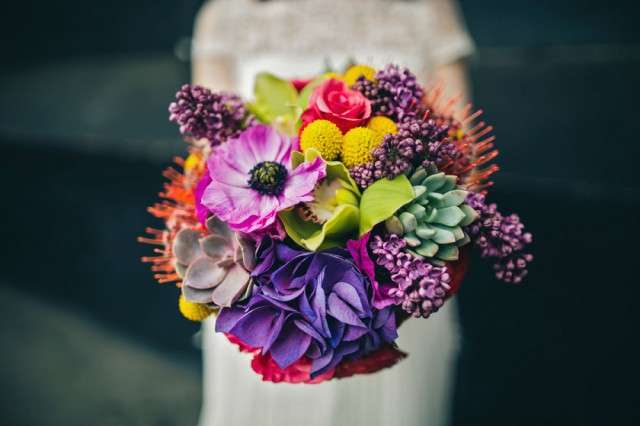 The wedding was held at Great John Street Hotel in Manchester. “My favourite part of the wedding was the evening once everyone started dancing”, Fran continued. “It took me back to nights out with all of our friends! Our biggest expense was the venue but it had a lot of personality and suited what we wanted for our day perfectly.” 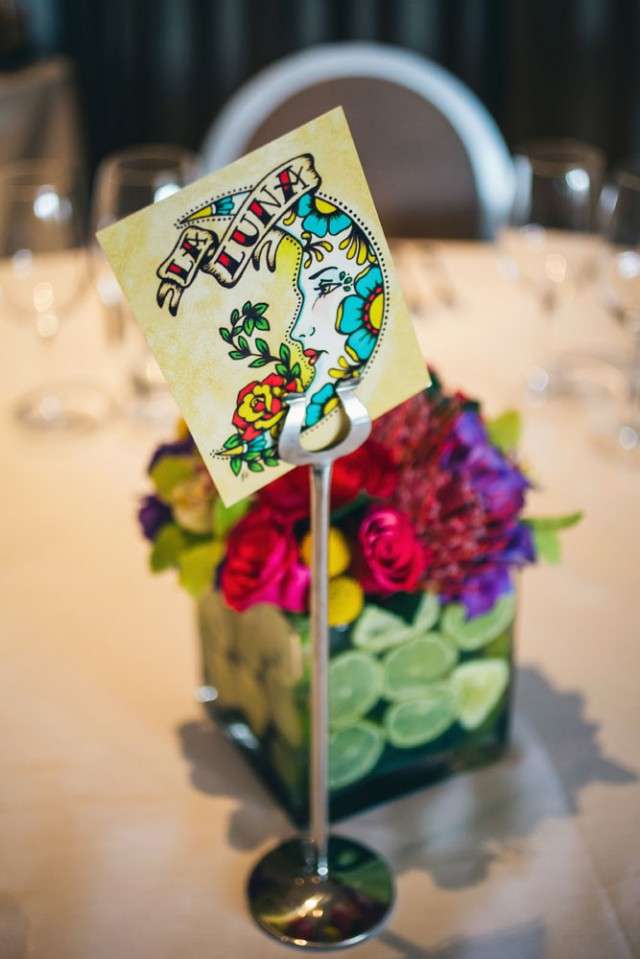 “Our advice for other couples would be to not let anybody pressure you in to not having every detail of the day exactly how YOU want it to be”, she concluded. “Your wedding day is about nothing but the two of you and the things that make YOU happy. Lastly, just savour and enjoy it because, as everyone told us it would, it really flew by far too quickly.” 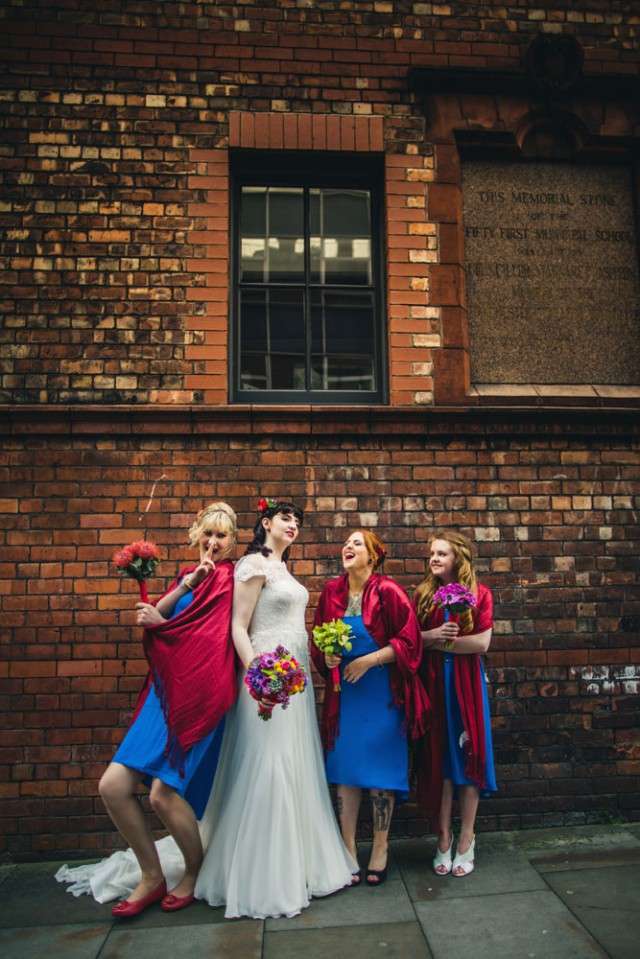 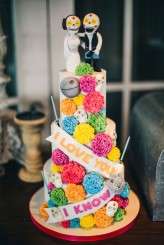 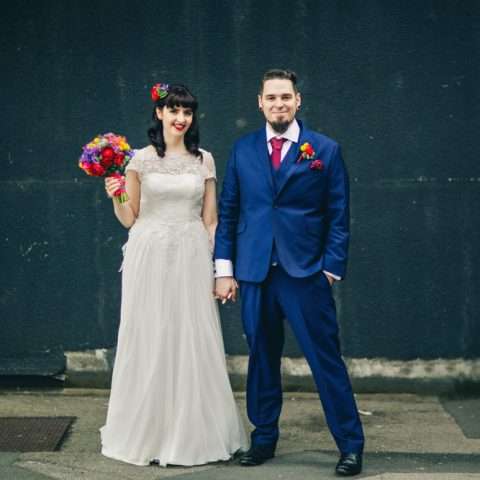 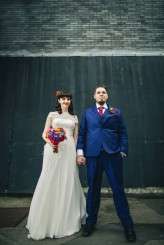 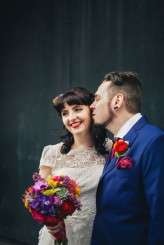 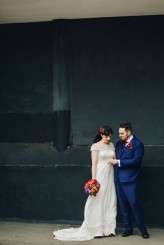 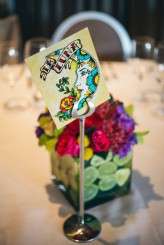 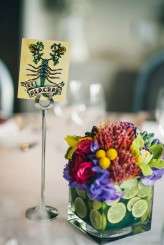 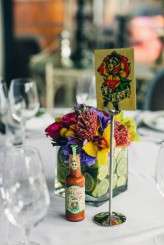 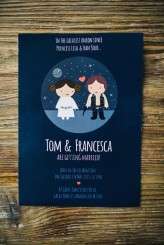 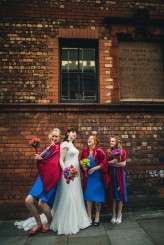 The variety of amazing weddings I get to feature really does make my job the best in the world! This morning I posted a sweet little jazz themed wedding and now I'm sharing an all-out colour, DIY, Mexican inspired explosion. Epic!

Lauren and Ben both love Mexican art, Frida Khalo and yummy Mexican food, so a Day of the Dead theme was perfect for their January wedding.

Liz and Ade decided to have a wedding that totally reflected what they wanted, getting rid of ALL the traditions they didn't find important - and we have ALL the love for their beautiful day! They transformed their dry hire venue into a bright and relaxed fiesta, held outdoors in some gorgeous (and unusual!) June sunshine.

When a couple cites the movie Up and Mexican fiesta vibes as inspirations for the feel of their wedding, you just know colour is going to be around in a big way! Louise and Ross met in their local pub one Christmas Eve, and Louise thought he looked like the musician Ben Folds. Ross pursued the romance, however Louise said, "I well and truly friend-zoned him until around a year later when I realised I loved him more than a friend."