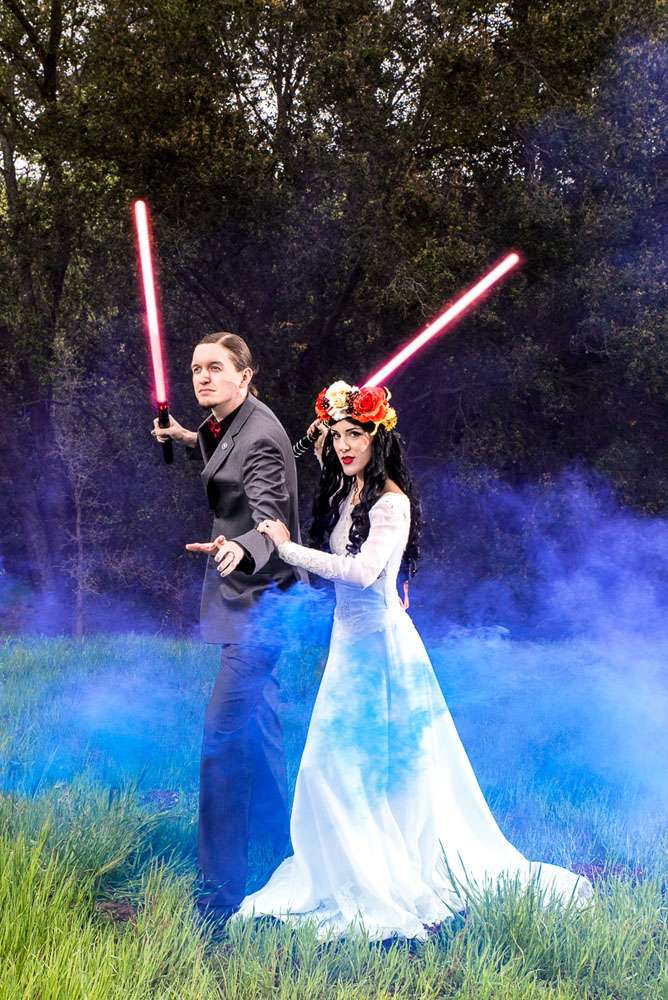 Lily and Lance’s wedding was inspired by their one big love – Star Wars! “We had a lot of fun making huge Pinterest boards.” began the bride. “As soon as we decided on a Star Wars theme the fun really began!” 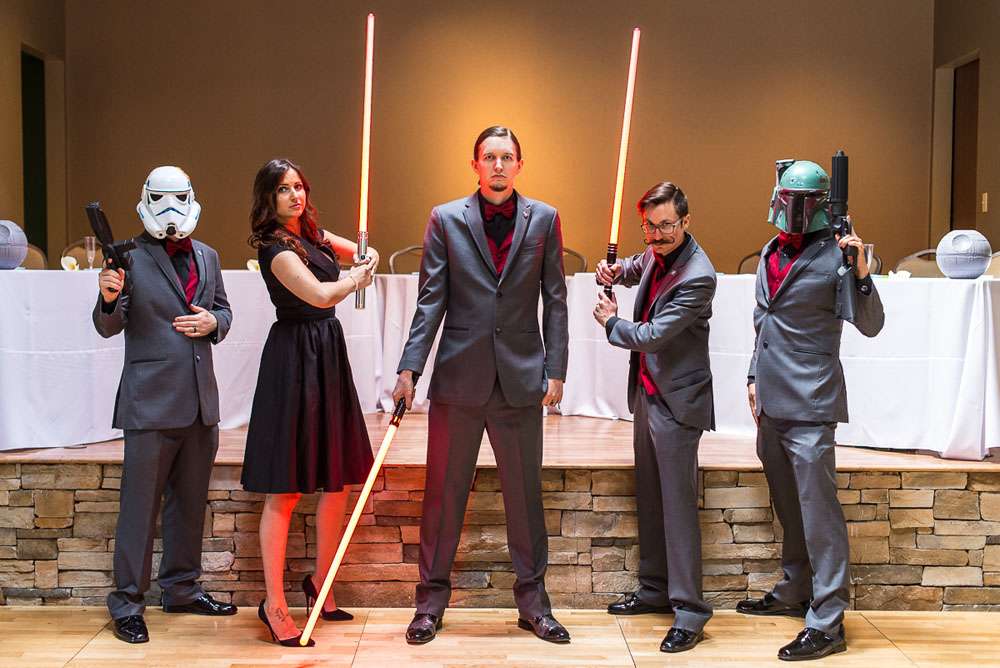 “Our ceremony was short and silly while remaining sweet and genuine. As it started, Lance was walking down the aisle to the music from the end of Star Wars episode IV and asked the crowd ‘What’s up everybody?!? Are we ready for a wedding!?’ and started high fiving the guests as he continued down the aisle, which was then followed by the groomsmen and bridal party being greeted with the same clapping, cheers, and high fives. Later we were told by guests that that moment set the tone for the rest of the day.” 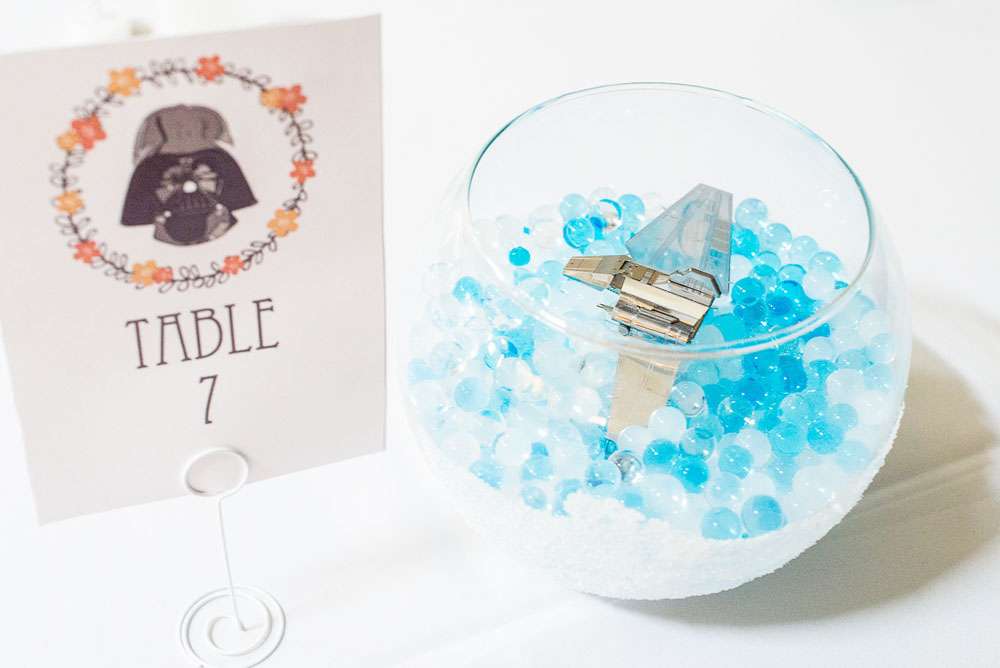 “I walked down the aisle to Across The Stars, the love theme from Star Wars Episode II. The sermon itself had several references to Star Wars and to Mad Max. My father sang Lovesong by The Cure during the sand ceremony.” 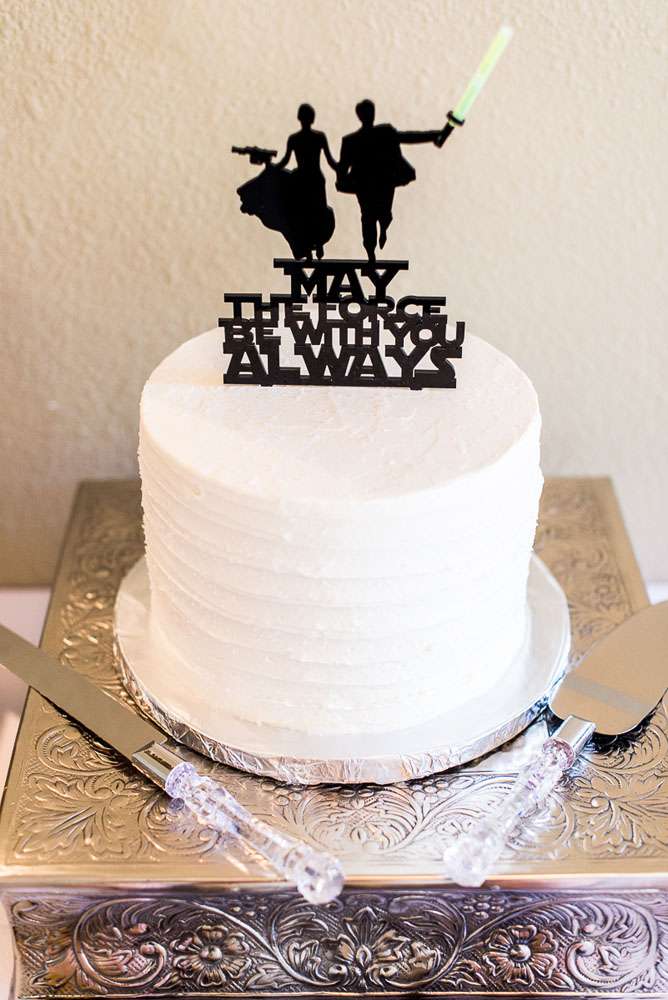 To save money, there was plenty of DIY elements including the bride’s bouquet which came complete with a lightsaber! “My bouquet was wrapped in ribbon and placed inside of a hollowed out toy lightsaber”, she said. “Our reception decor included DIY table centrepieces which were glass bowls coated with Mod Podge and rolled in Epsom Salts to simulate frost. Then they were filled with blue, white, and clear water pearls and topped with Metal Earth Star Wars models. We used a different model design for each table. The table assignments were designated on candy boxes which had guests names along with images of the corresponding Star Wars models in the centrepieces.” 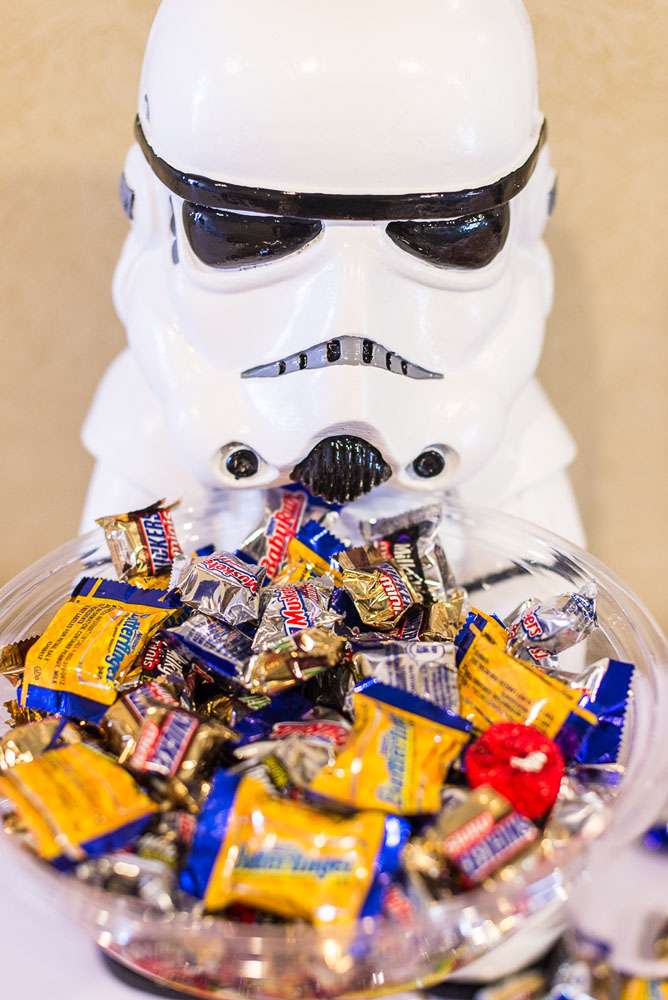 “The best part of the day for both of us was the ceremony, particularly the moment I walked down the aisle and we saw each other for the first time. The hardest part of wedding planning was having to cut costs (particularly on decor but we also skipped flowers, stationery and did our own playlist) but it might have actually been a good thing in the end. We are really happy with how simple everything looked and cutting back on decor really made the small pops of geekiness really stand out.” 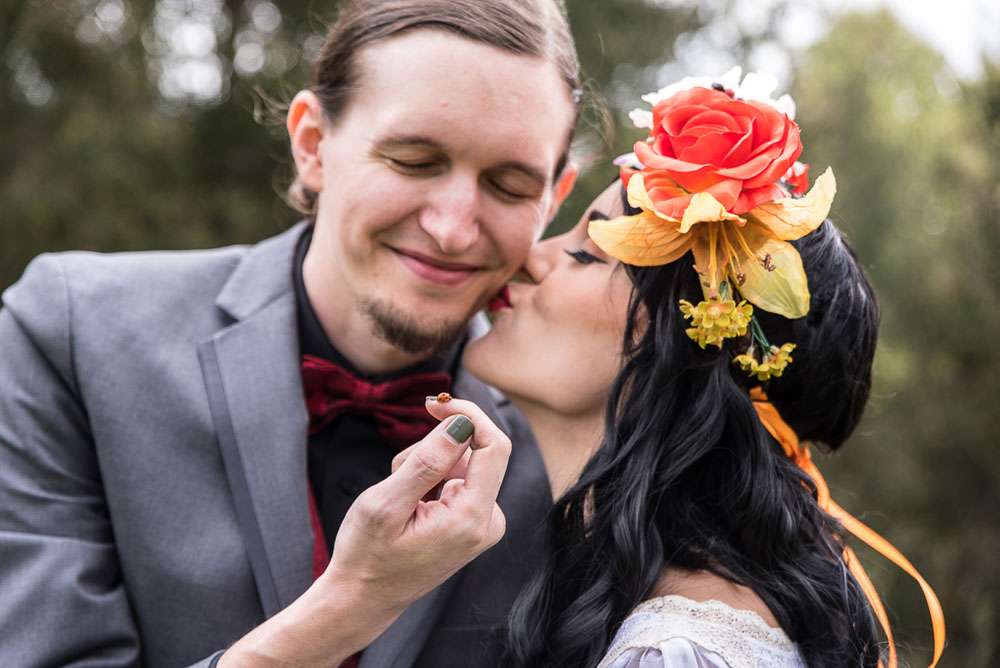 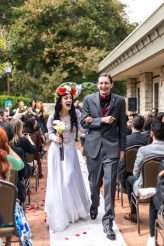 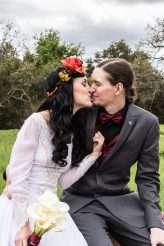 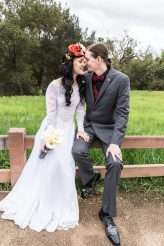 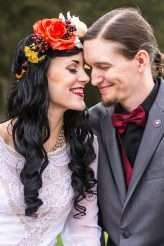 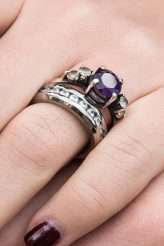 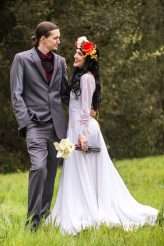 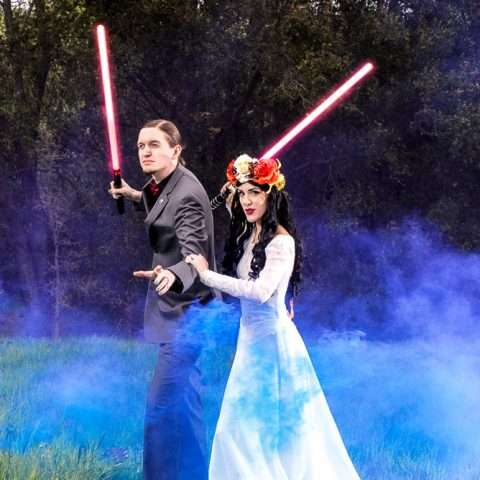 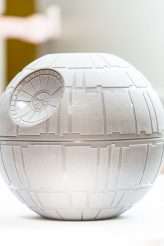 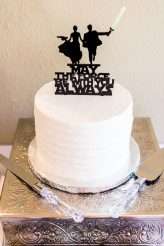 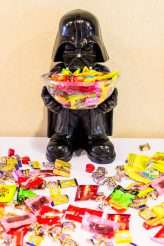 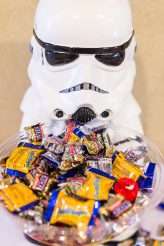 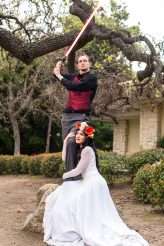 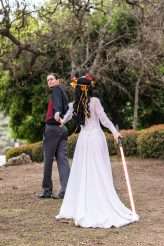 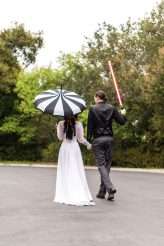 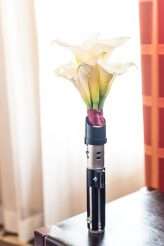 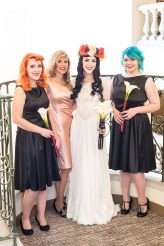 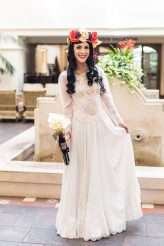 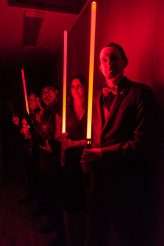 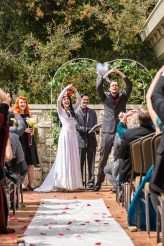 Gwenn and Dave were married on 4th May so they started their inspiration with - what else? - but Star Wars. From there, they added lots of other geeky references of the things they both love, specifically Doctor Who and Disney. The bride wore a handmade dress that she made herself, a crown which she got at a Renaissance fair, and a veil made by her mother. Her amazing boots were House of Elloit.