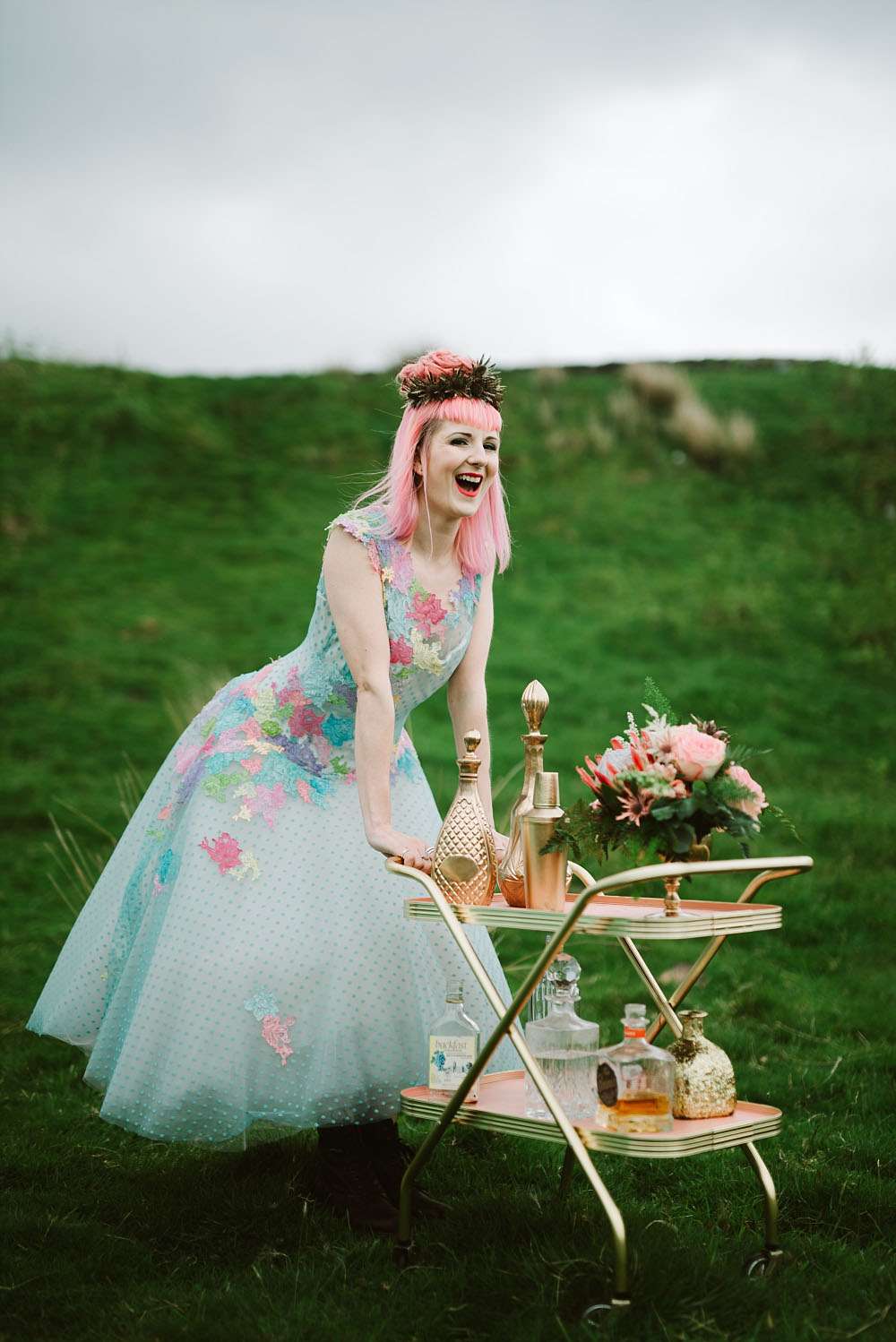 This colourful bridal shoot is so fun! You’ve gotta love model Amanda‘s pink hair (some loyal readers might recognise her as her unicorn wedding was featured inside issue 4!), the Couture Company dress and that fabulous Scottish landscape. 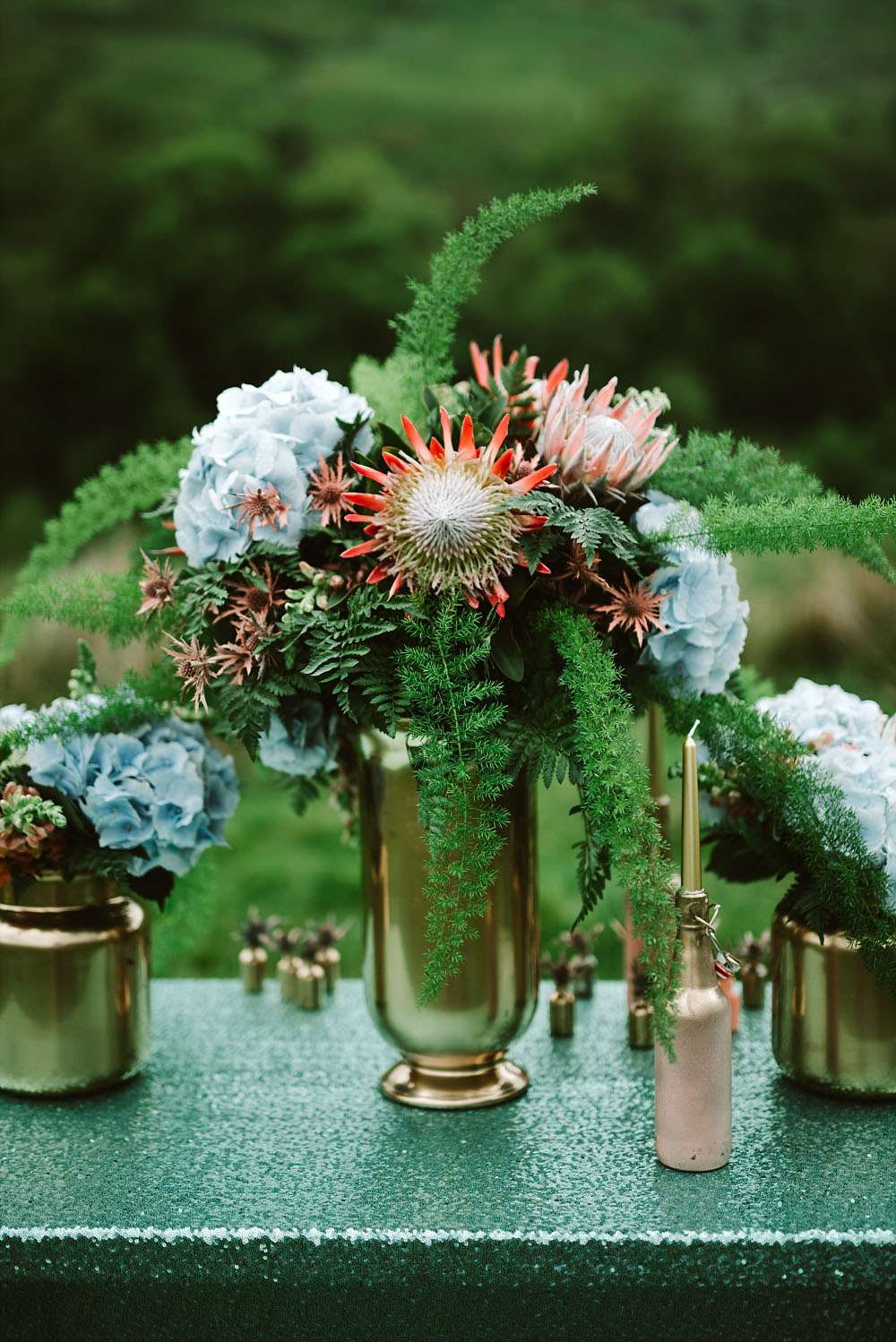 “When meeting with photographer Tub of Jelly, our conversation moved very quickly towards more fun and colourful options for the shoot –  candy pink thistles and tiaras delicately constructed from metallic florals”, explained stylists Ginger and Lime. 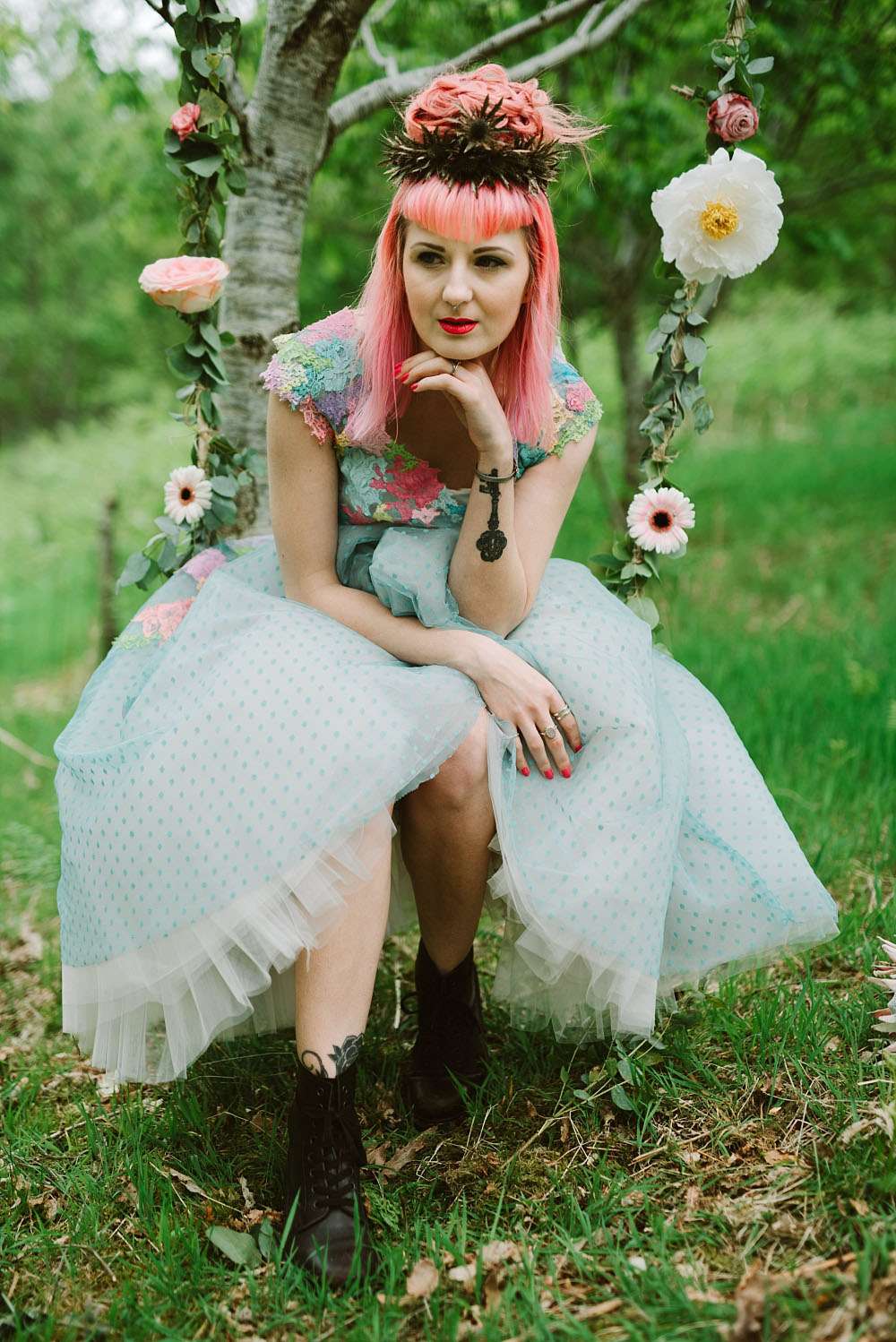 “From the planning stages we knew that we wanted a model with a beautiful edge to her look. Our muse led us down a grassy path of discovery! Mint green sequins, metallics and exotic pastel flowers. We wanted to create a look that was totally unnatural and dramatic, with the slightest hint of rock royalty princess.” 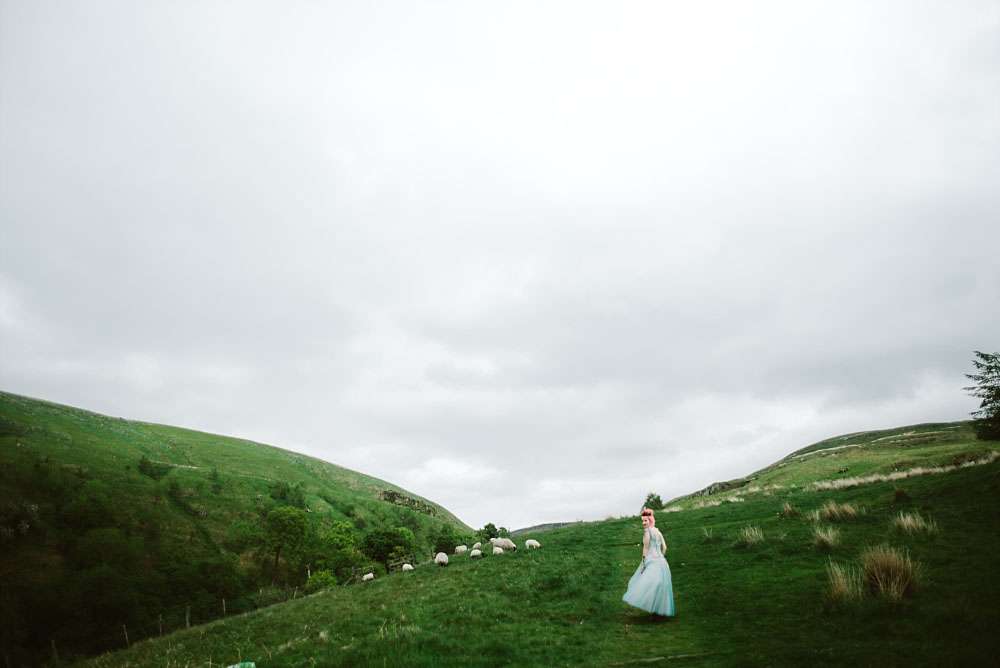 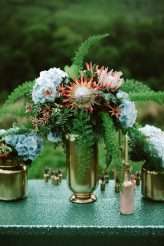 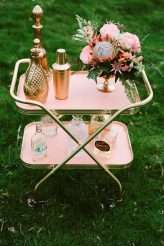 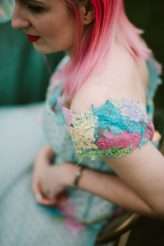 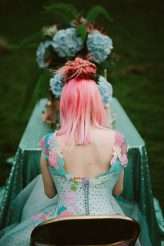 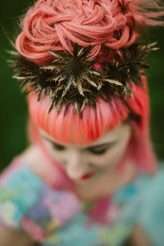 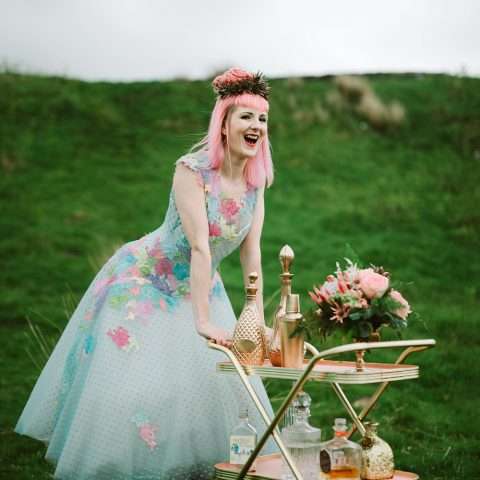 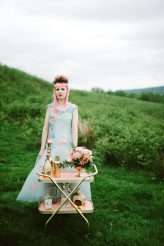 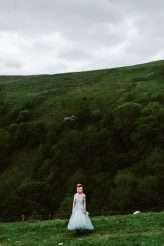 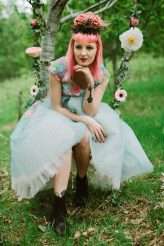 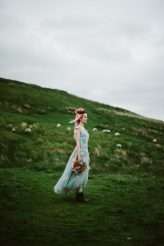 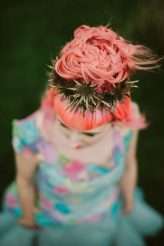 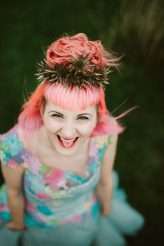 The theme of this shoot was Neo-Victorian meets Steampunk with a little bit of high fashion thrown in for good measure.

I'm not usually one to get persuaded by flattery, but when a photographer Isabel Sacher emailed me to tell me that this bridal photo shoot was 100% inspired by Rock n Roll Bride, well, I had to check it out! It's pretty mad to think that this little blog I started in secret ten years ago is now inspiring someone living in a completely different country to create an alternative bridal shoot!