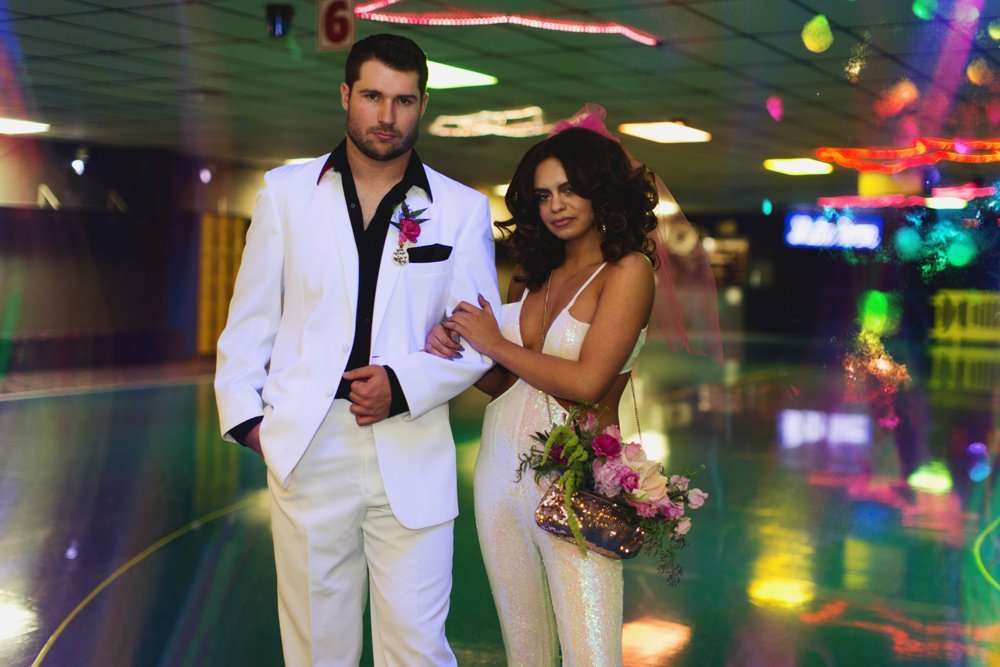 If you’re looking for something a bit more funky for your wedding then you’re going to love this 1970s inspired roller disco wedding shoot! Styled by Pop Fizz Weddings based in Colorado, the editorial was inspired by their love of the glitz, glamour and grunge of the 70s. 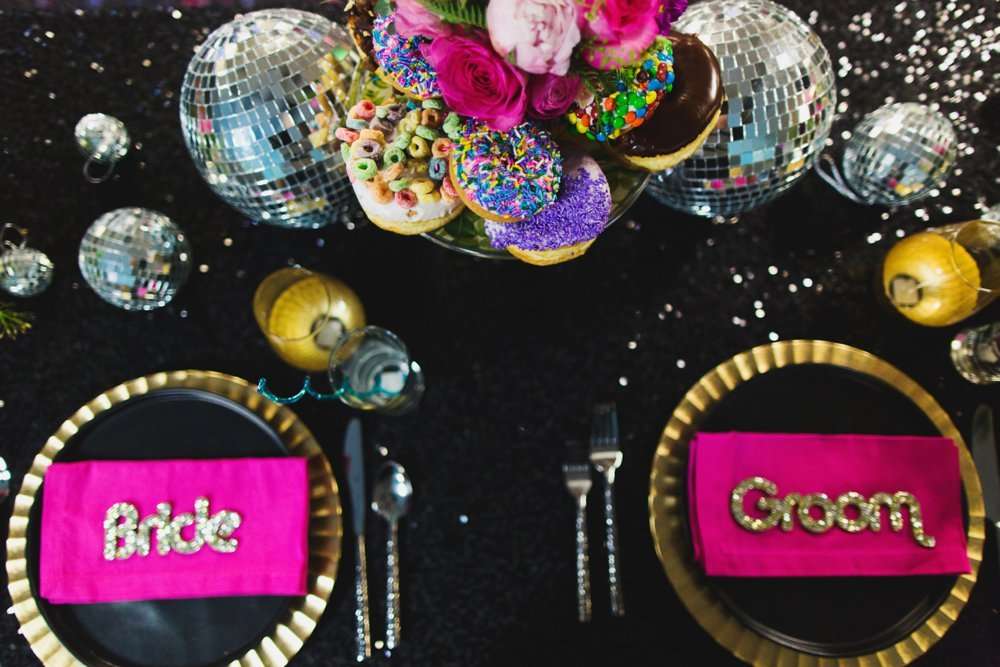 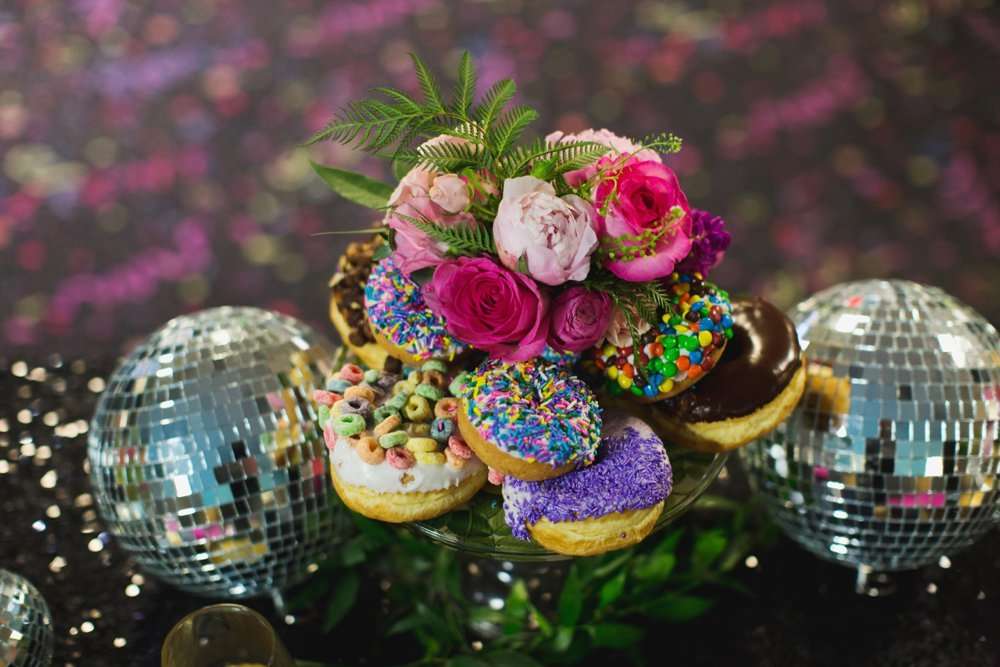 “I think this shoot will inspire Rock n Roll brides because it is something new and fresh that hasn’t been seen a million times. It dares to be different and shows that you can have a totally alternative wedding and that is still elegant and beautiful.” 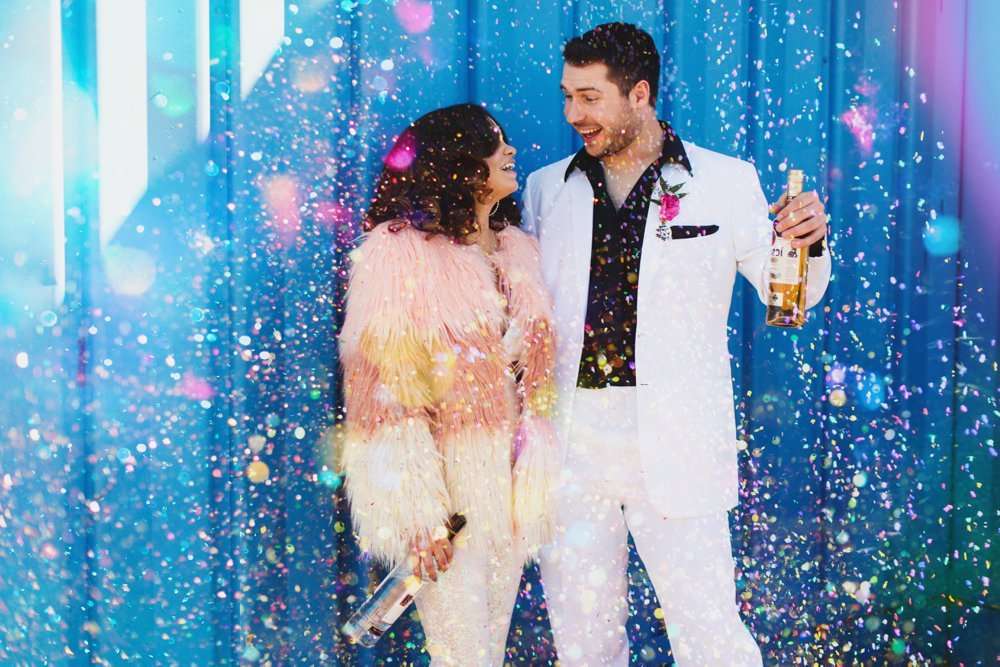 “We shot at a non-traditional venue, the bride wore a sequin jumpsuit and roller skates with a pink veil, the cake was made of fabulous flower-topped donuts and we used speciality linens that really made everything pop!” 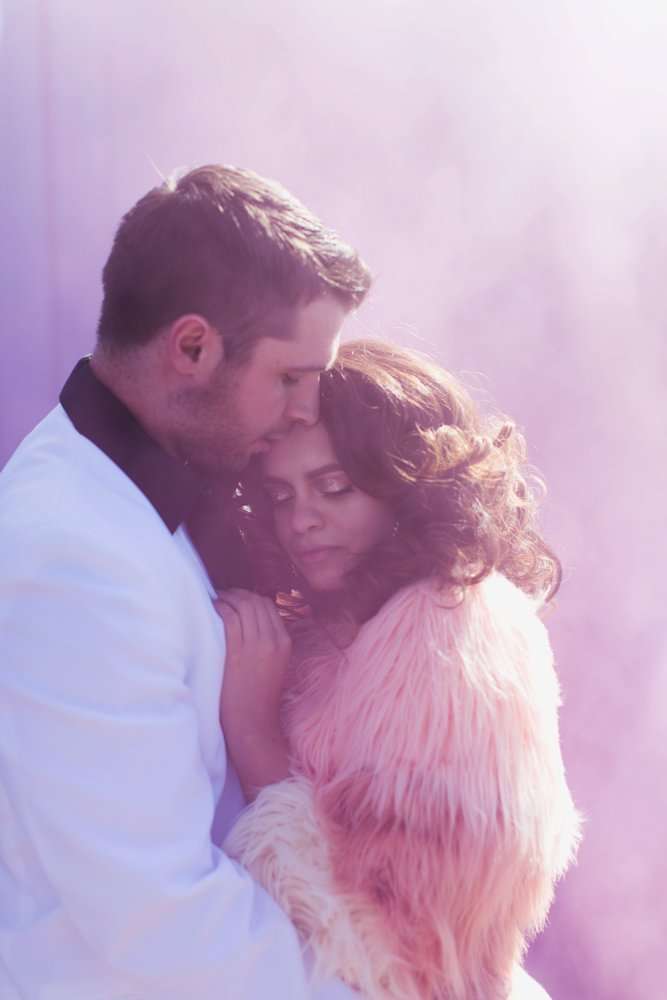 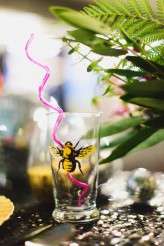 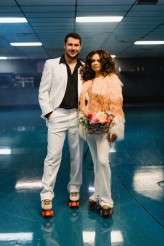 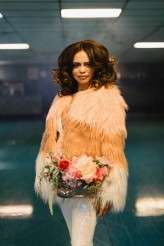 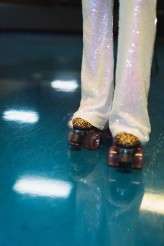 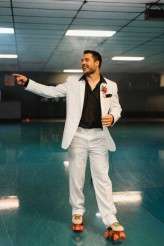 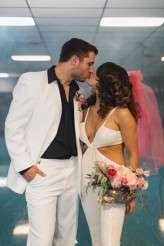 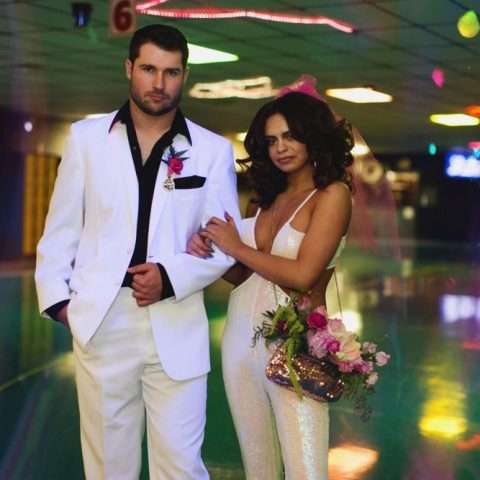 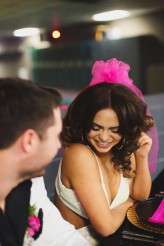 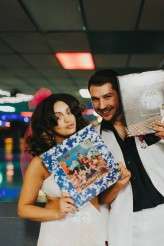 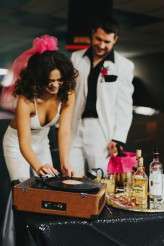 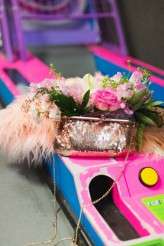 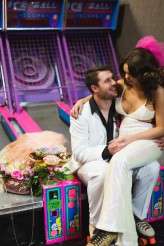 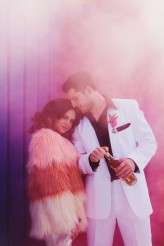 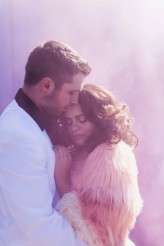 Are you planning to have a bridal shoot? It's actually something I'm seeing less and less of these days, but if you're so inclined, I think they're so much fun! Hell, I loved doing them so much that I started a blog so I had somewhere to publish them!