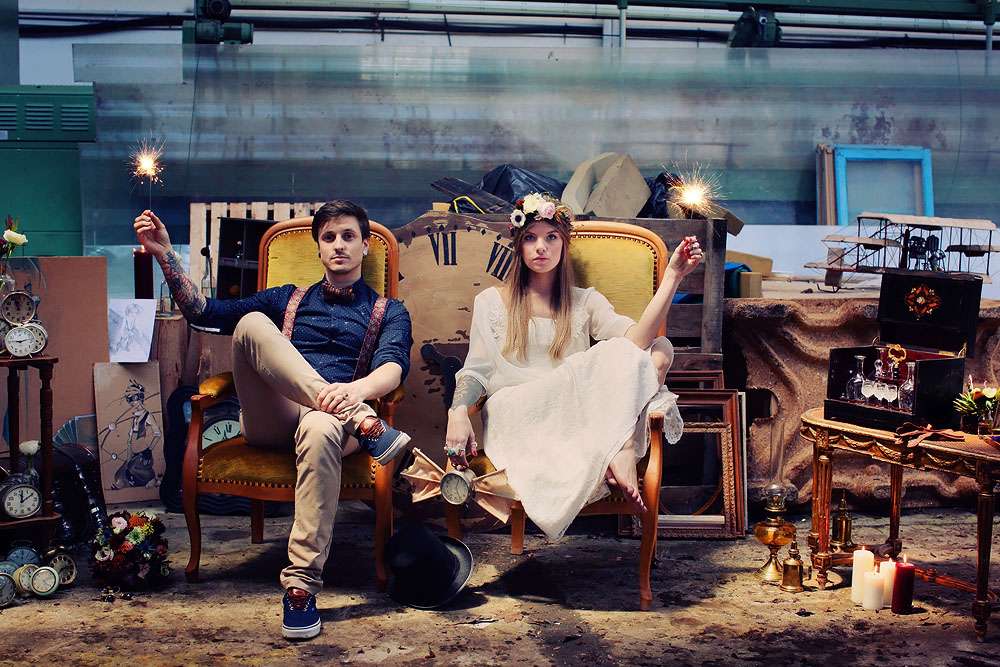 If I’m being 100% truthful, I’ve been a little bit over styled wedding shoots for a while now. Some of you might have noticed that I share less and less of them on my site these days. In the most part it’s actually because I simply have too many awesome weddings I want to share instead (yay!) but in others its because there really are a lot of boring shoots being produced. Harsh but true! 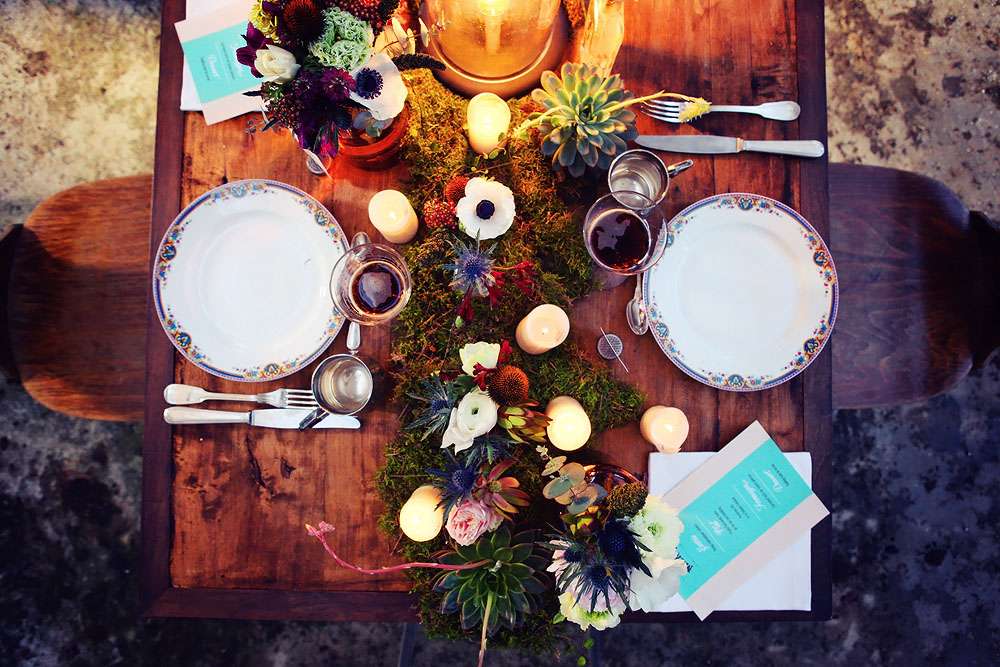 No such words can be uttered about this steampunk-y boho-y shoot that was sent to me recently though. Warehouses! Coloured smoke bombs! Hipster models! Rad ink! Rainbows! A skateboarding bride!

There’s so much good stuff in here I almost don’t know where to begin. 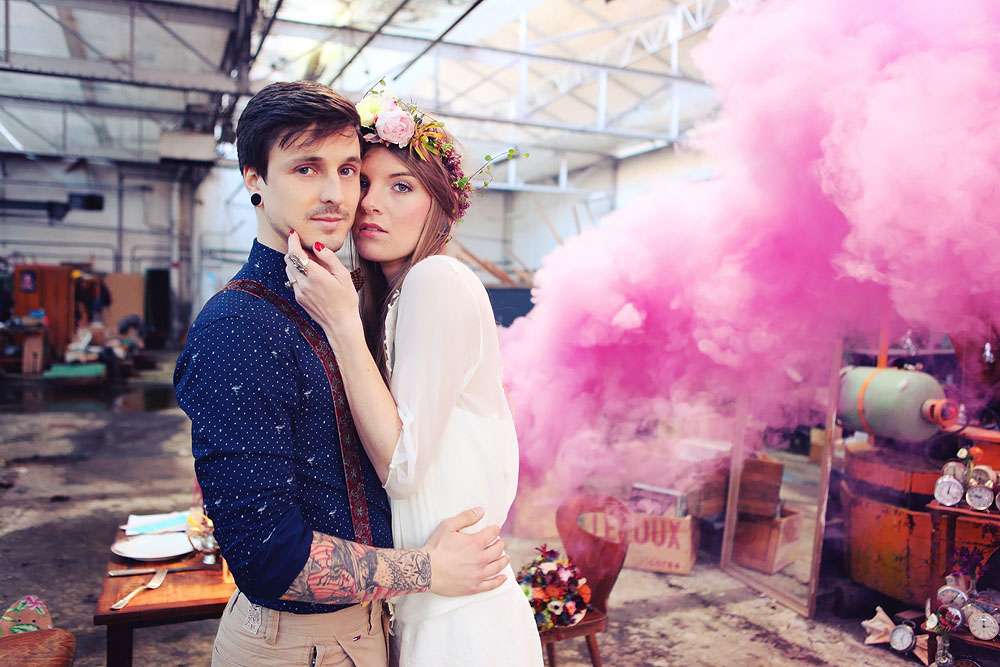 French photographer Floriane Caux, told me all about it. “Wedding planner Madame Coquelicot and I have been thinking about doing a wedding inspiration photo shoot which would be fun, Rock n Roll and very special for a long time. We didn’t want to do something that had been seen or done before.” 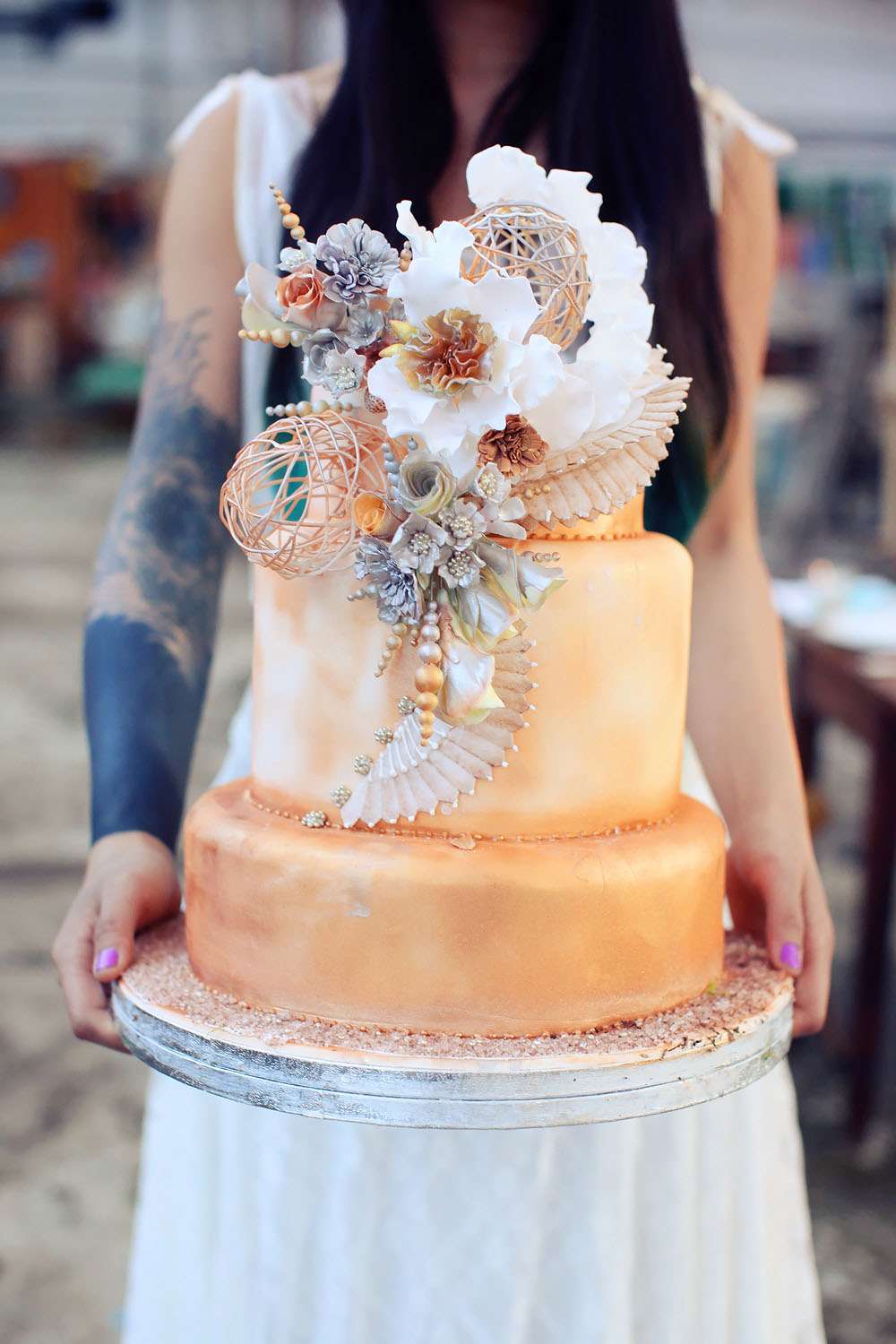 “I really wanted to do something with a steampunk influence. Unfortunately, weddings are still quite traditional here in France. As we wanted to inspire brides and grooms, we decided to create something original by adding a rock and boho style to the photo shoot keeping some steampunk inspiration. Mixing and matching is the best thing to do to achieve something very personal!” 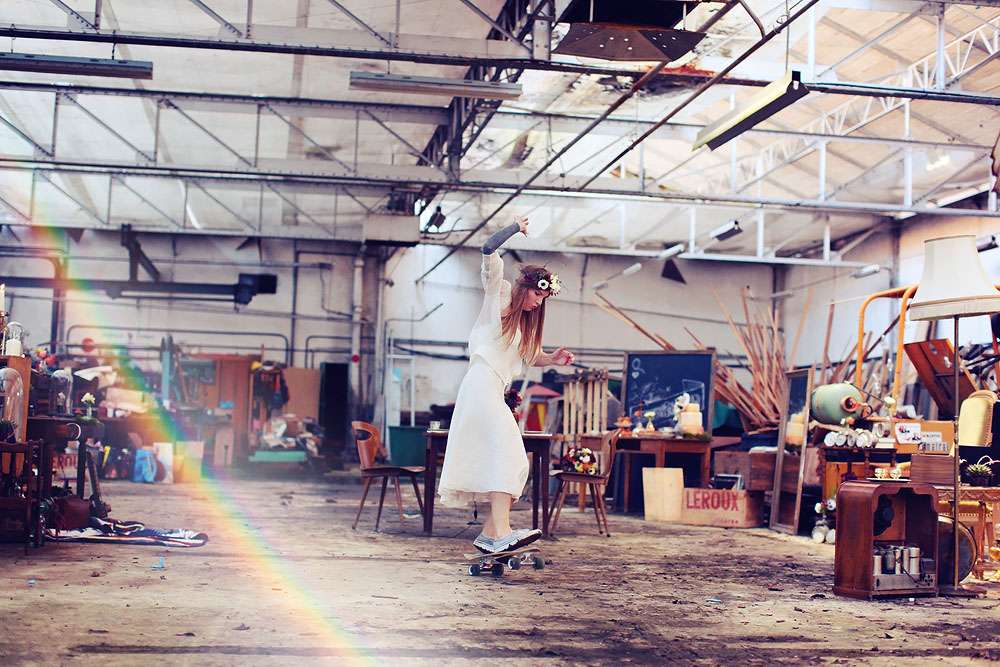 Poppy Figue Flower, one of the best florists in Toulouse, joined us on this adventure which turned out beautifully. Our brilliant team was only composed by young artists from in and around Toulouse. They were amazingly involved in this project and everyone was absolutely perfect! Elsa Gary, who is a French designer, lent us three wedding dresses from her new 2015 secret collection called ‘Les jolies Filles’ and Charlie Baudeigne, our designer and illustrator did amazing work on invitation cards, menus and other beautiful things. Julie Séguélas Piquemal who is a talented jeweller, made two beautiful rings especially for us. We were delighted to work with The Cake, a great cake designer who is from Manchester but now lives in Toulouse.” 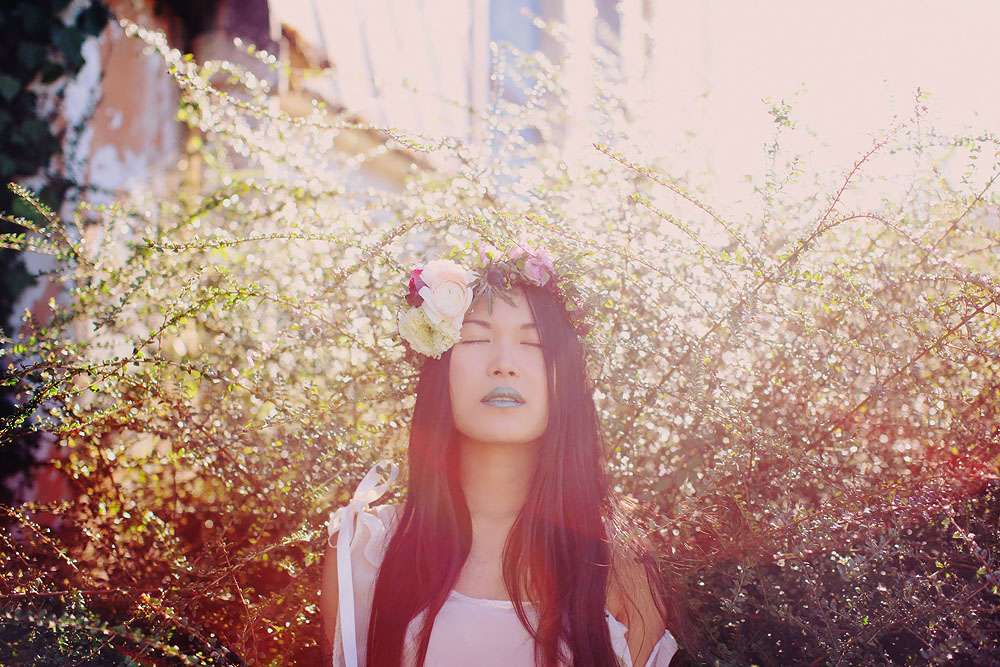 “We wanted something fun, colourful with a slightly dark atmosphere. It finally all came together when we found the abandoned factory in the Pyrenees and our four wonderful models. It was a really good experience working all together on a unique project having the same goal: doing something different!” 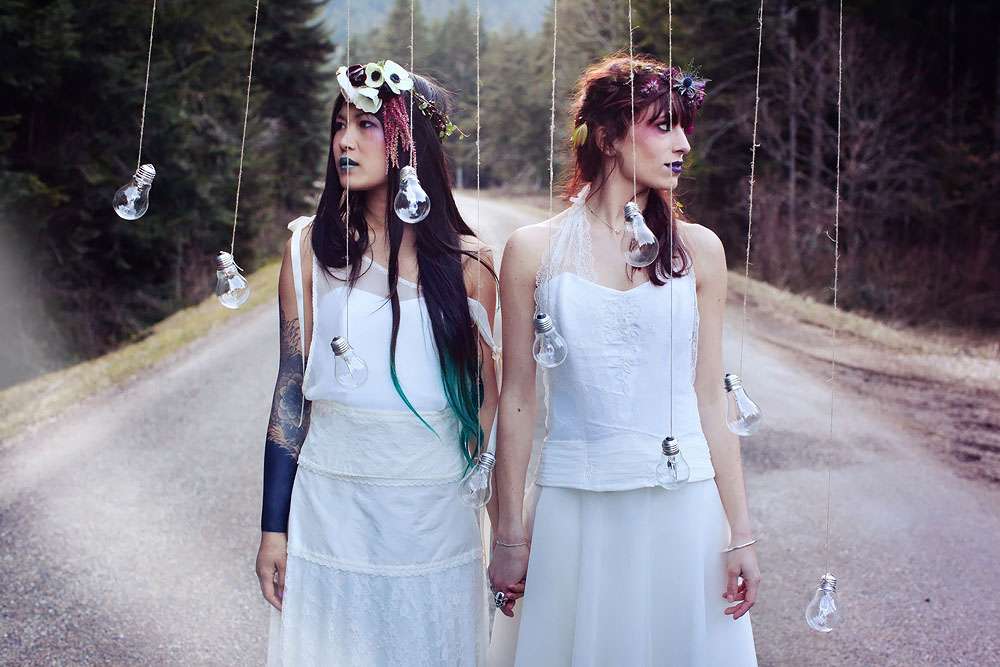 What do you think? Are you a bit bored of all the styled shoots you see on wedding blogs too? What would it take to get you really excited? 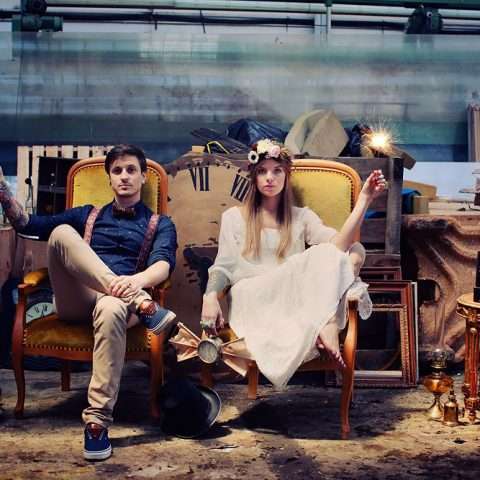 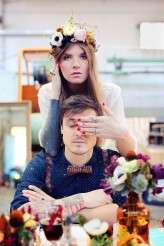 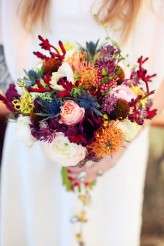 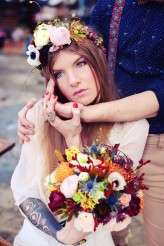 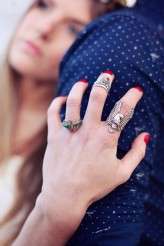 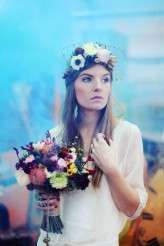 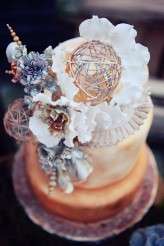 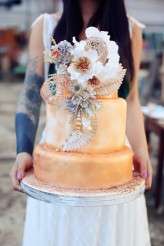 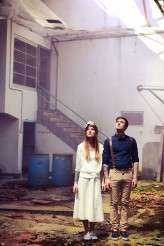 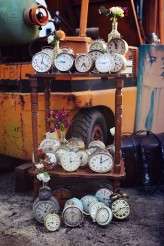 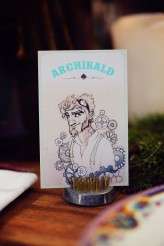 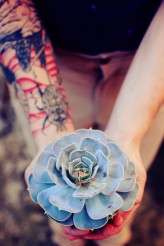 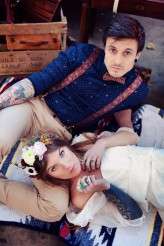 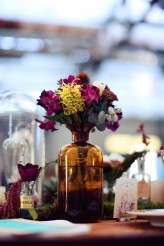 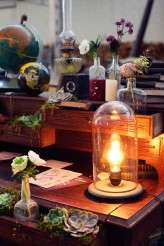 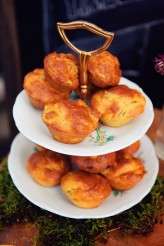 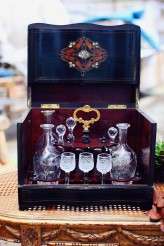 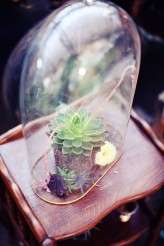 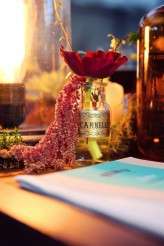 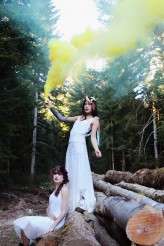 This shoot was set up by photographer Julie of Jewel Photography who was inspired after watching Lemony Snicket's A Series of Unfortunate Events! "As a photographer I look at everything with an open mind and at everything for inspiration", wrote Julie. "Years ago I was watching Lemony Snicket and I fell in love with the costuming, design and photography in the movie. I cataloged in my brain for use down the road. Well the moment finally came, I knew I wanted to to do a steampunk styled photo shoot!"

Who says gritty and urban can't also be pretty and colourful?! Not this girl! Which is why I completely love this rainbow-hued shoot sent over by LeeYen of Loblee Photography. Shot in Salt Lake City, these dreamy images have really brightened my morning!