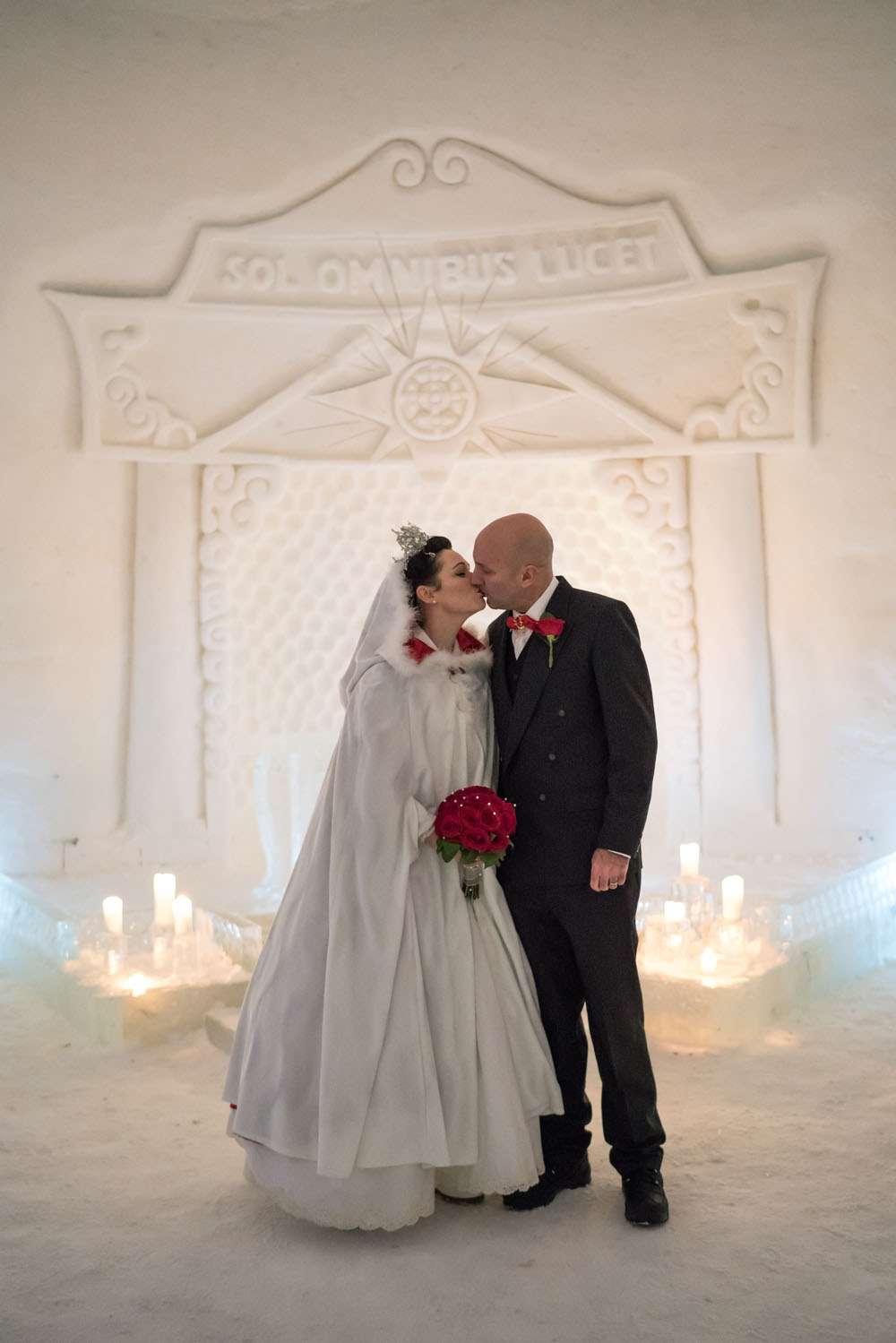 It might be the middle of summer, but that doesn’t stop me wanting to share this elopement with you all today – it’s just too beautiful not to! Natalie and Andrew were married on Christmas day in Lapland!!

The ceremony took place in the Luvattumaa Ice Gallery. “I love Christmas and we both love adventures!” explained the bride. “We chose to elope on 25th December in an ice chapel and we arriving by reindeer sleigh! The ceremony was officiated by a local registrar who was wearing a traditional gown. I entered down some stairs, and walked through an ice tunnel to get to the altar, which was made of carved ice.” 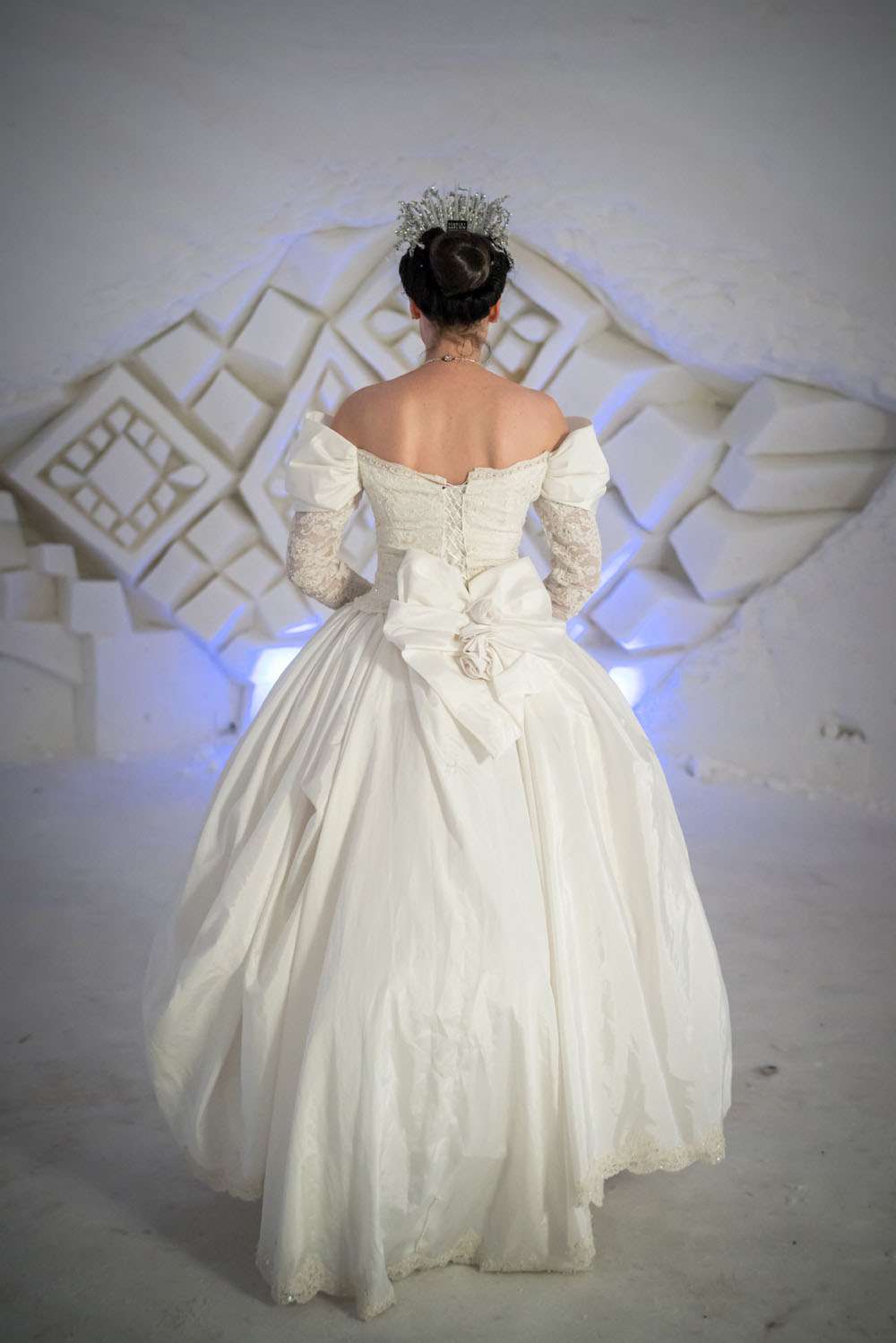 After the ceremony they went for a meal at a local restaurant. “A funny moment was just after we arrived at the restaurant, the waitress accidentally spilt a whole glass of champagne on my dress! I was fine about it (my dress was vintage and only cost £52!) and it didn’t leave a mark, but the poor waitress was mortified and wouldn’t accept that we were OK with it so insisted on giving us a free bottle of champagne and her details in case it needed dry cleaning!” 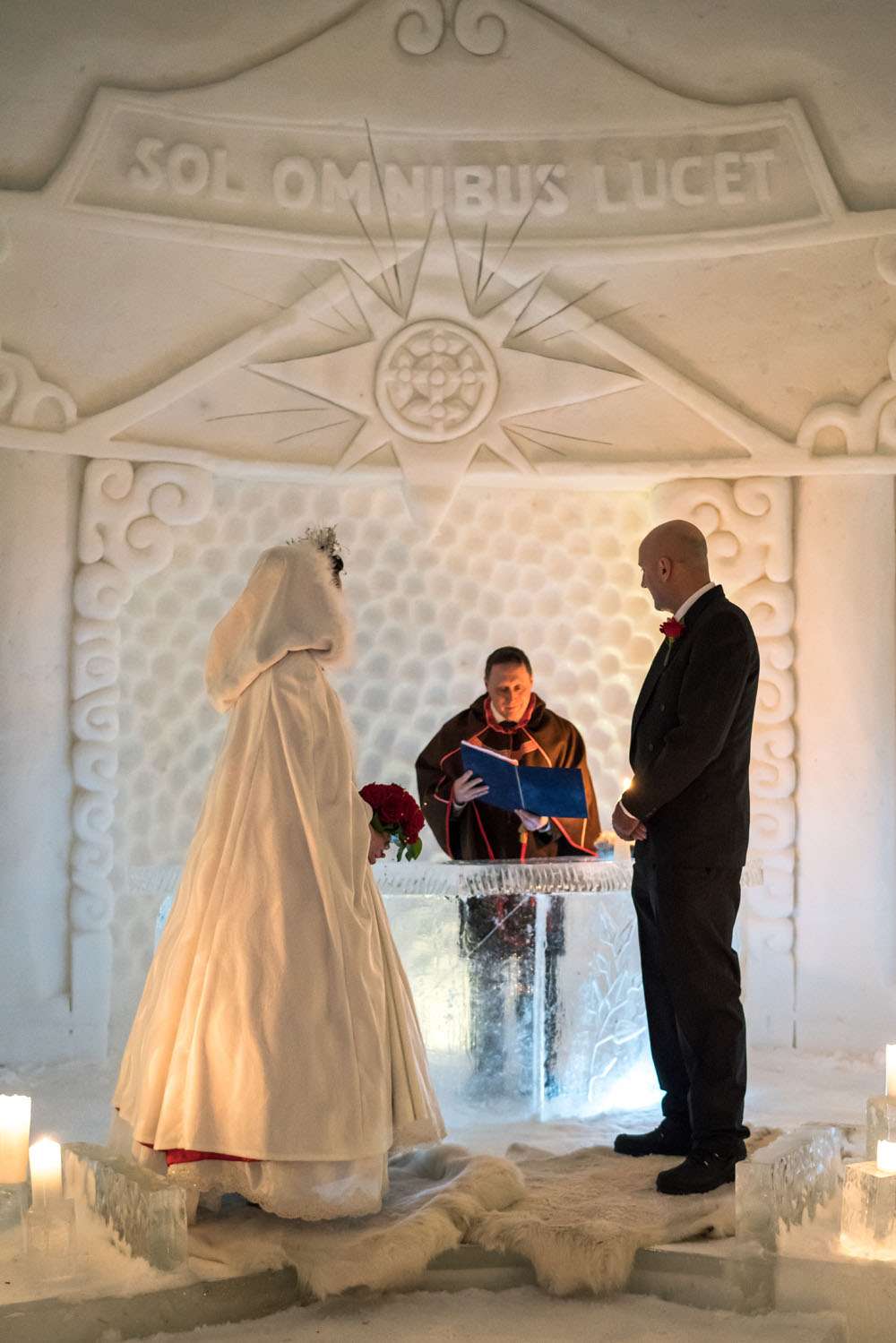 “Another cute moment was when a little girl wanted a photo with me as she thought I was a princess. After our meal we went to an Irish bar where a chap who looked like he was off duty Santa Claus also wanted a picture, possibly for the same reason!” 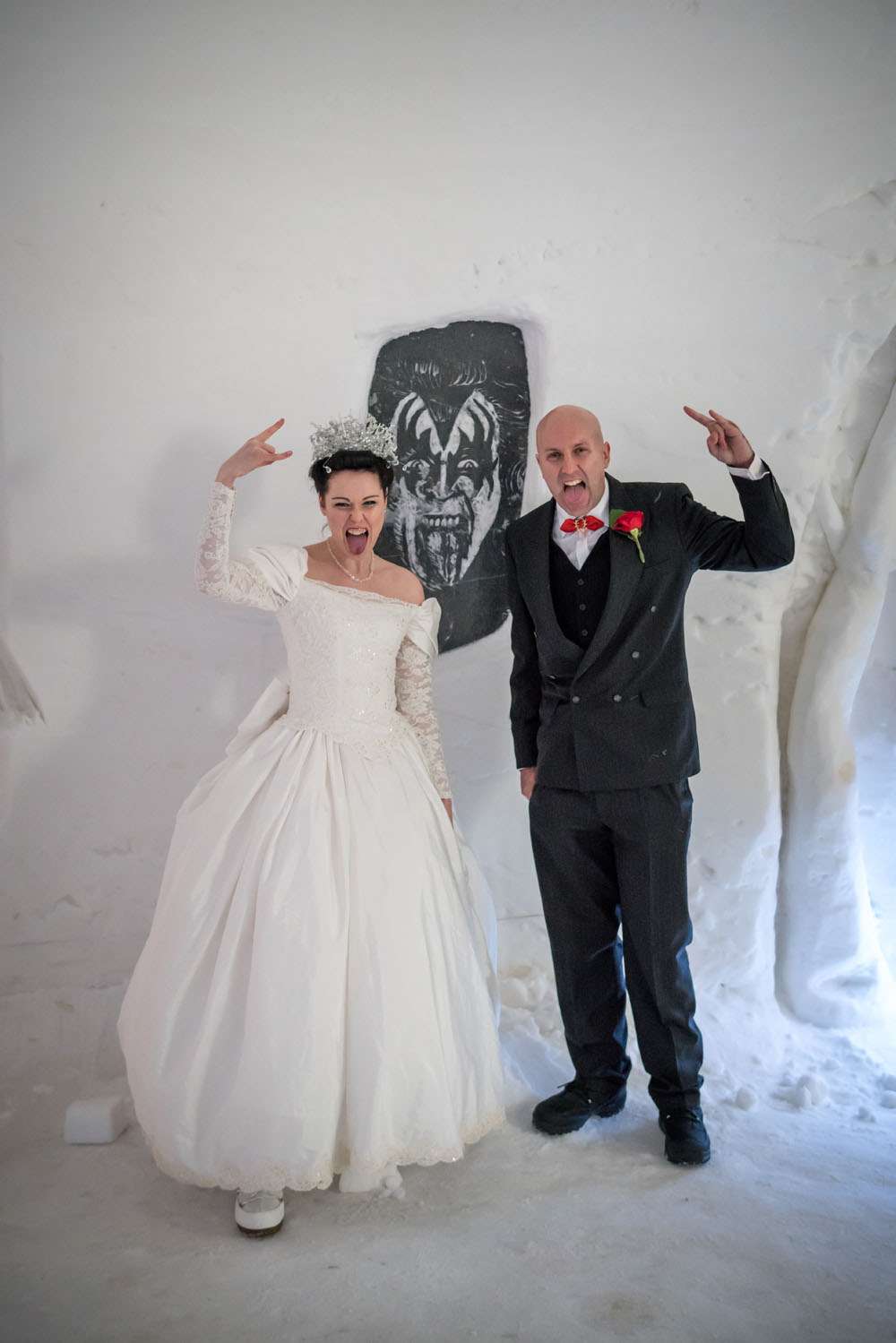 “The biggest expense was getting over to Lapland. We spend around £5000 on the flights, accommodation, the holiday and the wedding. It was really fun arranging things to do on the trip like husky sledding, a one horse open sleigh ride on Christmas eve, ice fishing, snow shoeing and of course the snow mobile trip to meet the real Santa! However it just been the two of us meant there wasn’t any reception costs like catering, bridesmaid dresses, floral arrangements, a band etc.” 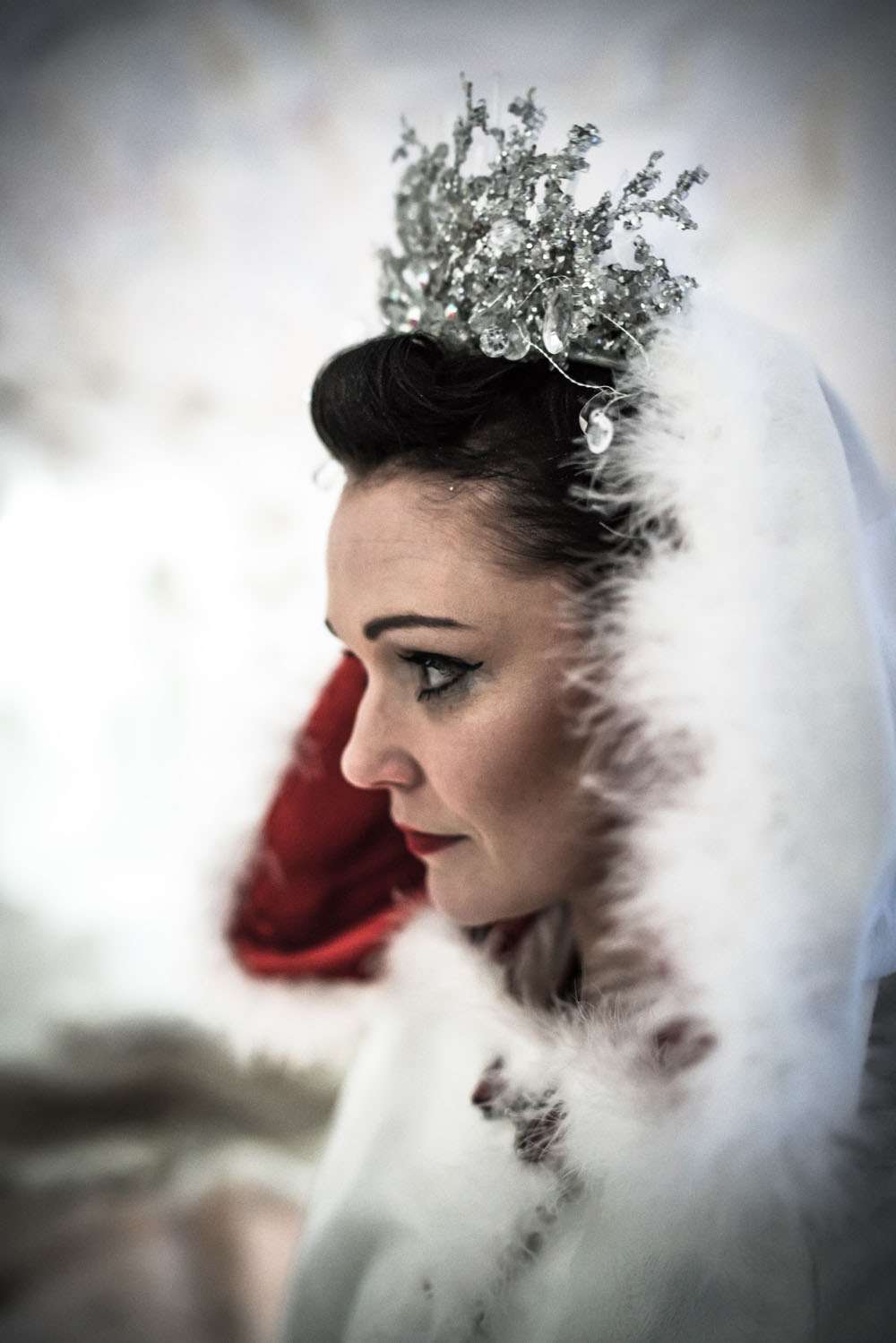 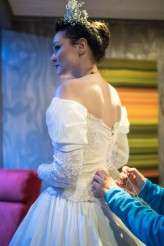 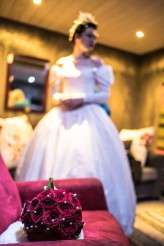 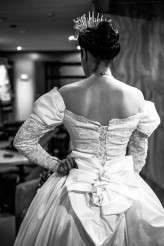 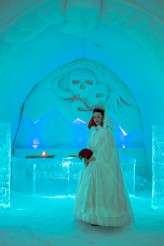 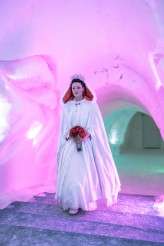 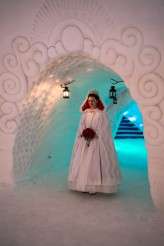 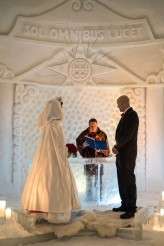 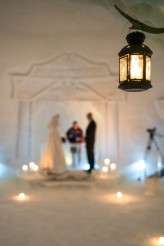 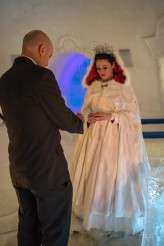 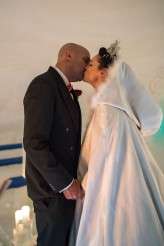 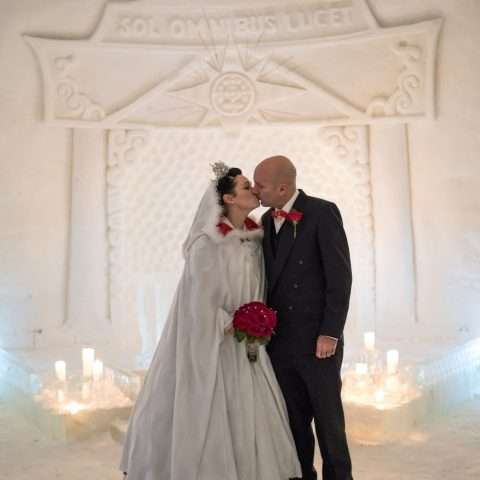 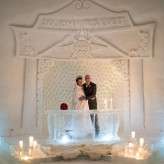 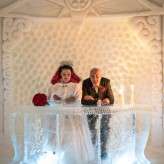 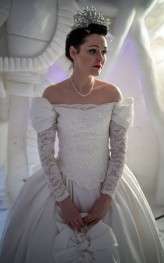 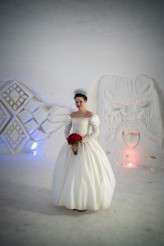 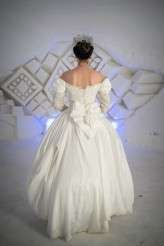 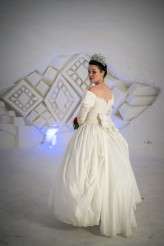 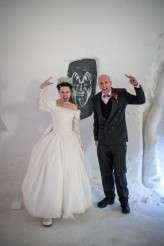 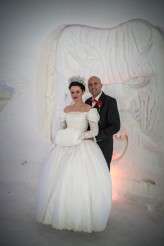 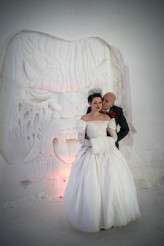 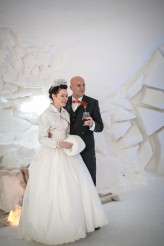 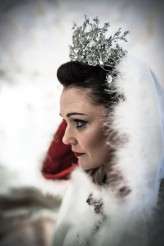 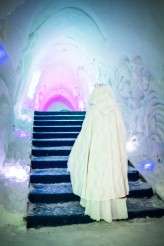 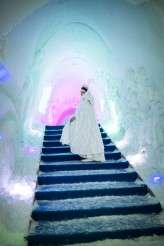 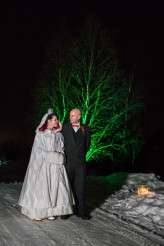 Both their grandparents were married on Christmas Eve (what are the chances!?) so when they pushed their big wedding back to later this summer, Millie and Ian decided to carry on the family tradition and have a secret festive elopement. It was also the two year anniversary of their engagement so really, the date felt pretty perfect.

Do you remember Hannah & Ali's awesome 'at home' engagement shoot complete with their awesome kitty cat? Well I was over the moon to receive an email full to bursting with their quirky, vintagey wedding goodness from their photographer Steve Gerrard just the other day. I am loving Hannah's Jenny Packham dress and headband (le swoon indeed) and the bridesmaids look just too damn cool for school in their All Saints dresses. Their wedding took place just before Christmas at The Daffodil in Cheltenham, a fantastic converted 1920’s Art Deco picture house Steve tells us, The vintage theme continued throughout the wedding and I have to say I wish more couples would go down this route. I think it’s so cool and stylish. Hannah and Ali both looked amazing, but their guests also made a huge effort and win the award for best dressed guests ever! Yep this is defiantly one of the coolest UK weddings I've seen in a while (well...a few days maybe - I get sent a HELL lot of cool weddings!) Thanks to the wonderful Steve for sharing with us. Credit: Steve Gerrard Photography

If this elopement had a soundtrack, it'd be a very emotional rendition of You Take My Breath Away mixed with the Game of Thrones theme tune. Jess and Sam's beautiful wedding is a genuine breath-taker, as they got married at Glendhu Bay Lookout, which looks over the Mount Aspiring National Park. Fittingly, I am now aspiring to get to this national park, stat. Then, they took a helicopter ride to Fog Peak and, well, the photos speak for themselves.