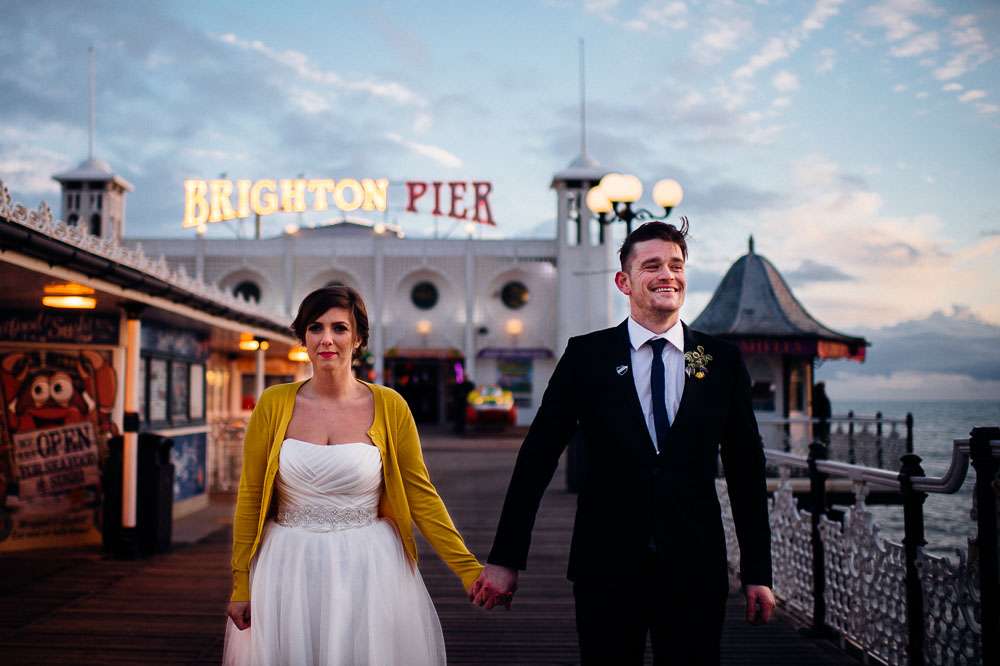 Shoshanna and Zak’s brightly coloured, boozy, big kid wedding took place in Brighton in March. They set a budget of £4000 but actually managed to spend a bit less than that. Their reception venue was free! “Our reception was at OhSo Social on Brighton beach and it was FREE! We paid them £1500 for food and drink but they then deducted what we actually spend and gave us the rest back – amazing saving!” 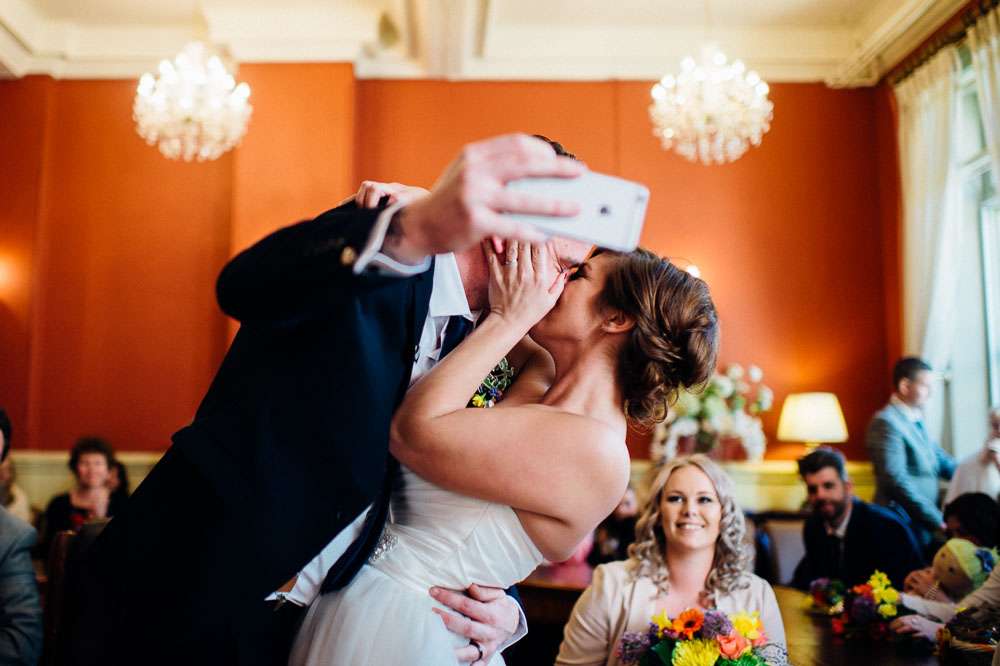 “Our only big expense was our photographer. Photos so so important to me, and after a few weeks of fighting with the other half over the cost, we booked Marianne Chua. I fell in love with her photography and her craziness! Her passion and and love for wedding and people was spot on for us and we are SO happy with out photos! I don’t even want to imagine having crap wedding photos, you cant ever go back and re-do them. It’s an investment of beautiful and hilarious memories and the best thing we did for our wedding was book her.” 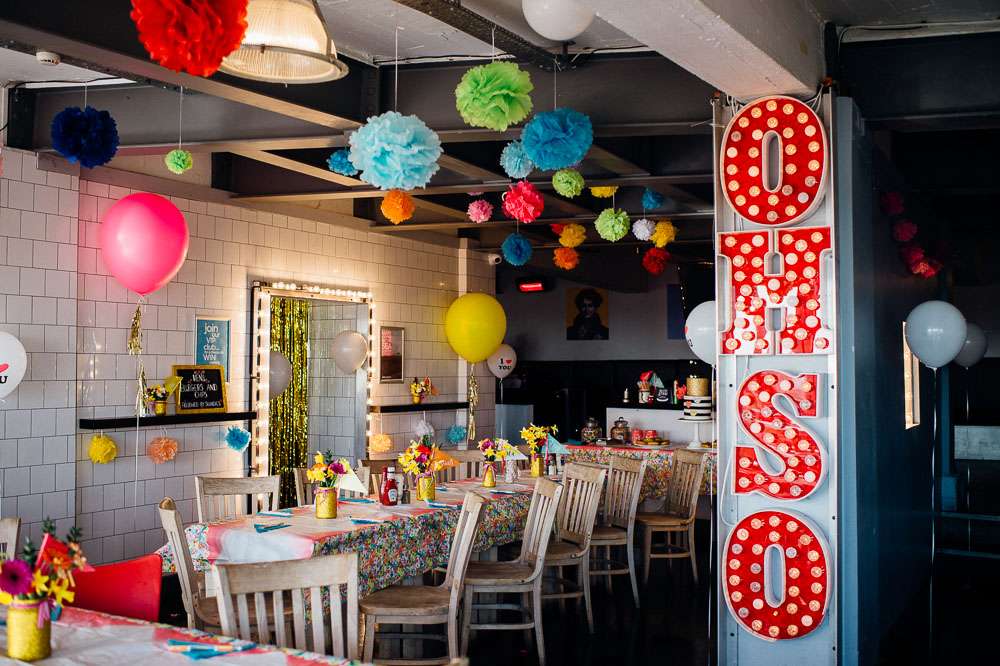 All the reception décor was homemade or from eBay. “We also brought things from home. It took us hours making 120 coloured paper pom poms but so worth it. We also had games of Twister and Pie Face for extra entertainment, a piñata and some cards for poker. There were confetti canons for cake cutting and we served pizzas at night! As balloon weights we used pineapples.” 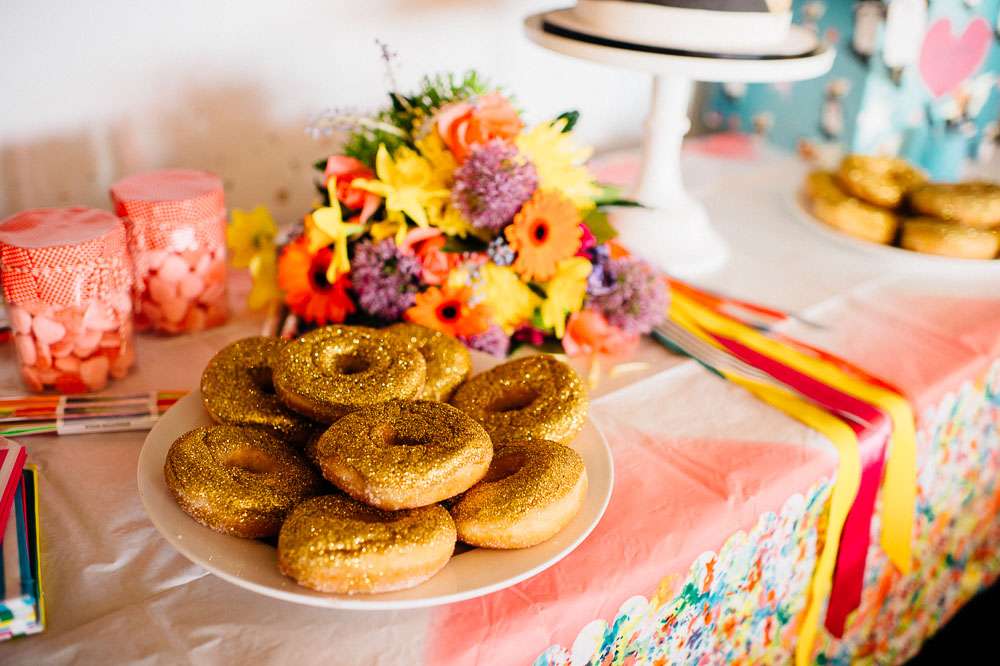 “My wedding dress was also only £100 and my shoes were £50, both from eBay. My hair clip was 50p from a charity shop and the bridesmaid’s also all had charity shop or eBay dresses.” 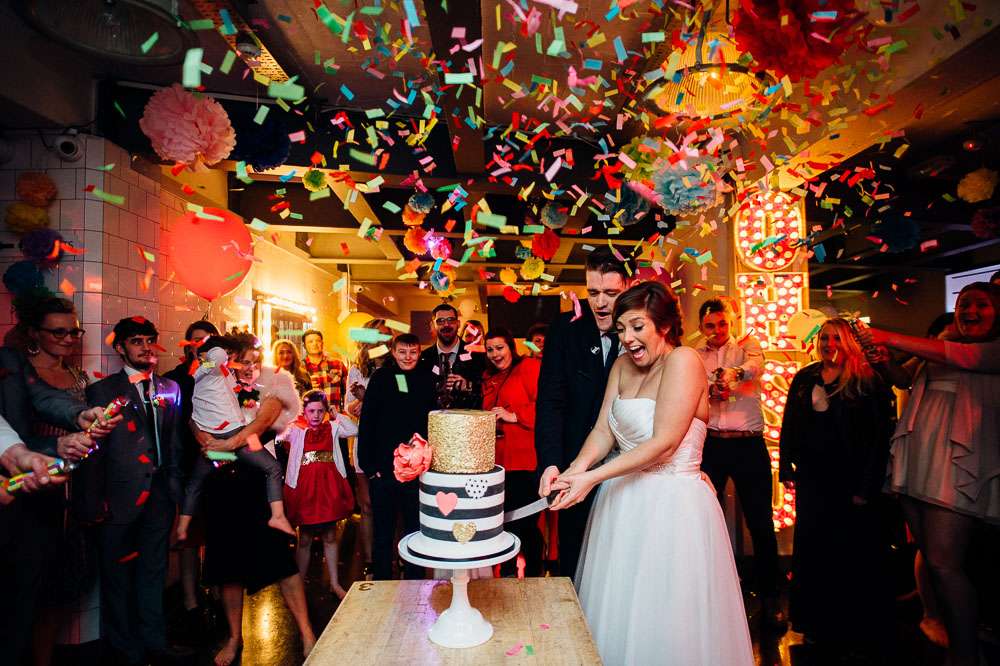 “One of my favourite moments was walking from the town hall, through Brighton and across the seafront to our reception. We had passers by cheering and taking photos, it was wonderful. Our advice to other couples would be to sod the ‘proper’ way of doing a wedding, the traditional way isn’t for everyone. Chill out and party. Its all about you getting married!” 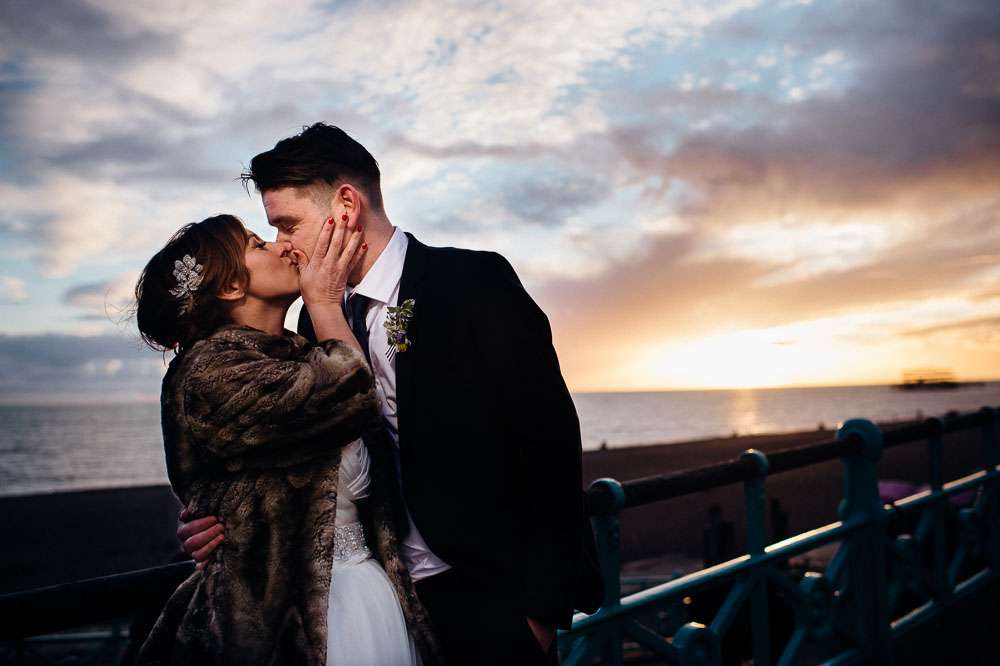 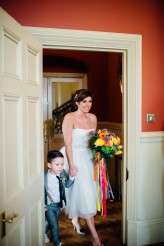 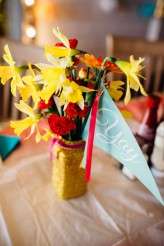 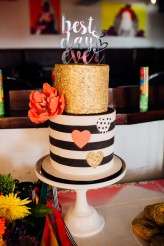 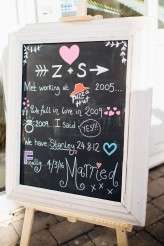 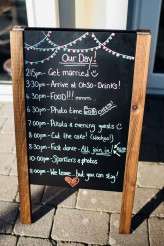 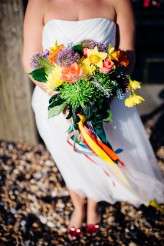 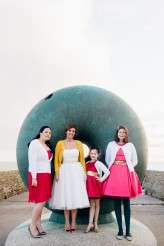 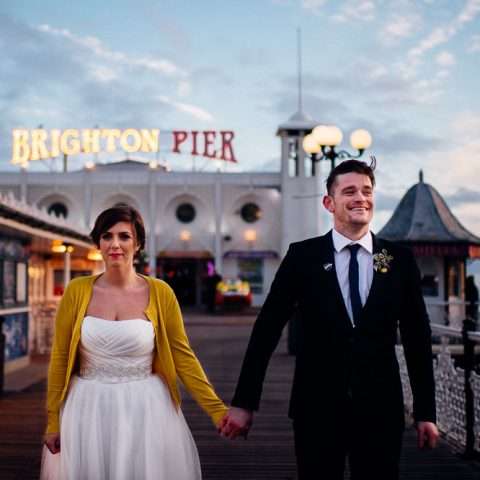