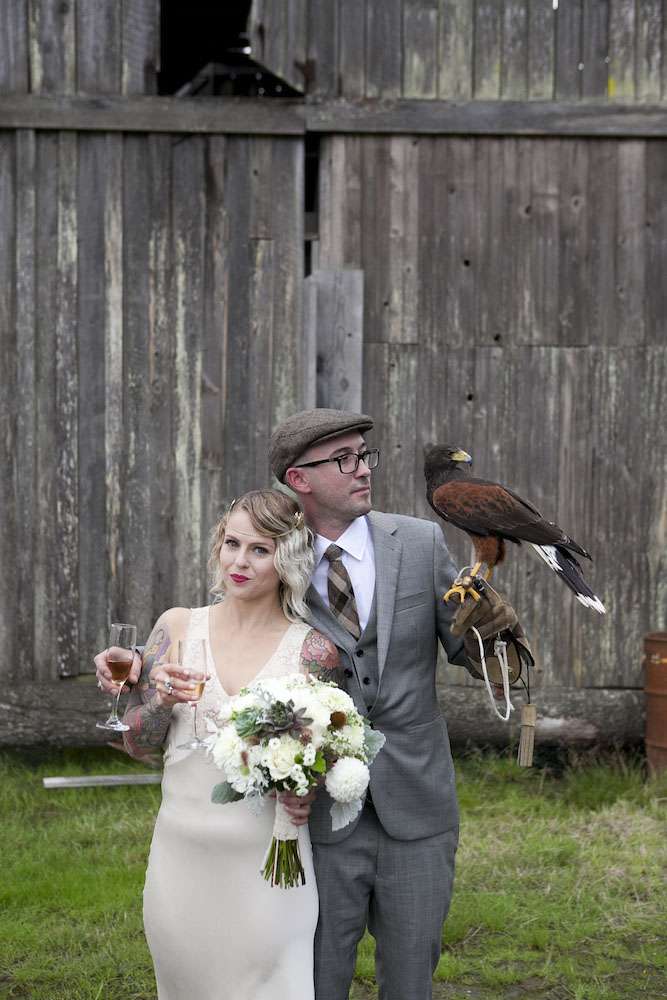 The bride wore two dresses, both very affordable. “The first was a Vintage 1920s, heavy silk gown with hand embroidery which I found through my friend at Trunk of Dresses. I wore this dress for my ceremony. The second was really special. A cotton crochet dress inspired by the 1920s as well. I wore it with a simple nude silk slip underneath, bought at Aritzia. I wore this for the photos and the reception.” 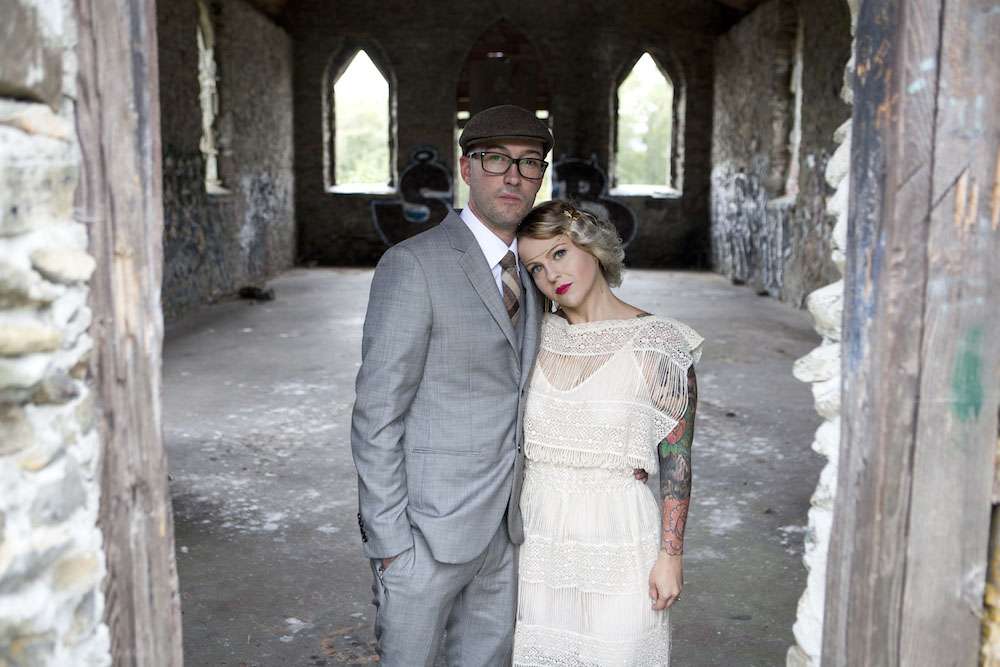 “Our main inspiration for the day was these naturally shed antlers that we found and used as centrepieces”, she continued. “They were really the inspirational focal point for us. We basically started with ‘barn’, ‘1920s’ and ‘antlers’ and built everything else around that. We also wanted to ensure we didn’t spend money on anything unnecessary, and instead focused on the things that were really important to us.” 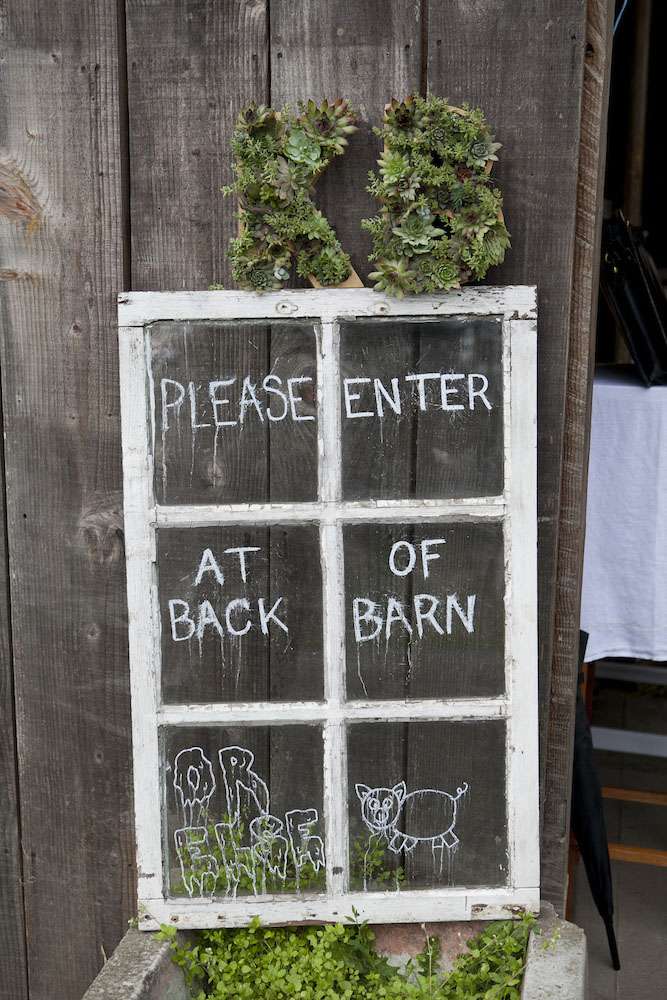 “We really splurged on the antlers to ensure they were naturally shed off the deer, and not cut off them after the deer were hunted. Each antler was found in the woods. Some had been chewed on by animals, some had lichen growing on them still. I then sold them to my decoration rental company so someone else could enjoy them at their wedding. These were my favourite, and I of course, kept a couple of the most spectacular ones.” 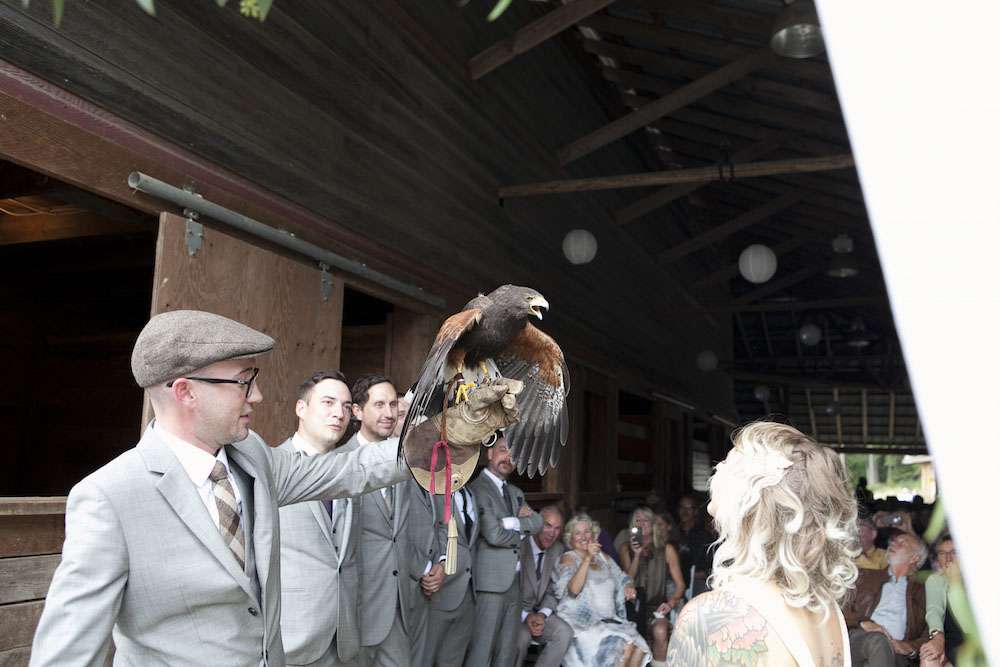 “Something really different we did was that the groom flew in on a helicopter piloted by my father’s friend (who mid-flight, asked Kristian if he was sure he didn’t want him to change course to Mexico *ha ha*). We also had a special Norwegian Dwarf Goat petting station (which was really, an absolute highlight for me), from Cresta Roca Goat farm on Gabriola island. Guests were able to play with, feed and pet baby goats before and after the ceremony. Paco, the Red tailed Hawk, from The Raptor Sanctuary, flew our rings in as our ring bearer too.” 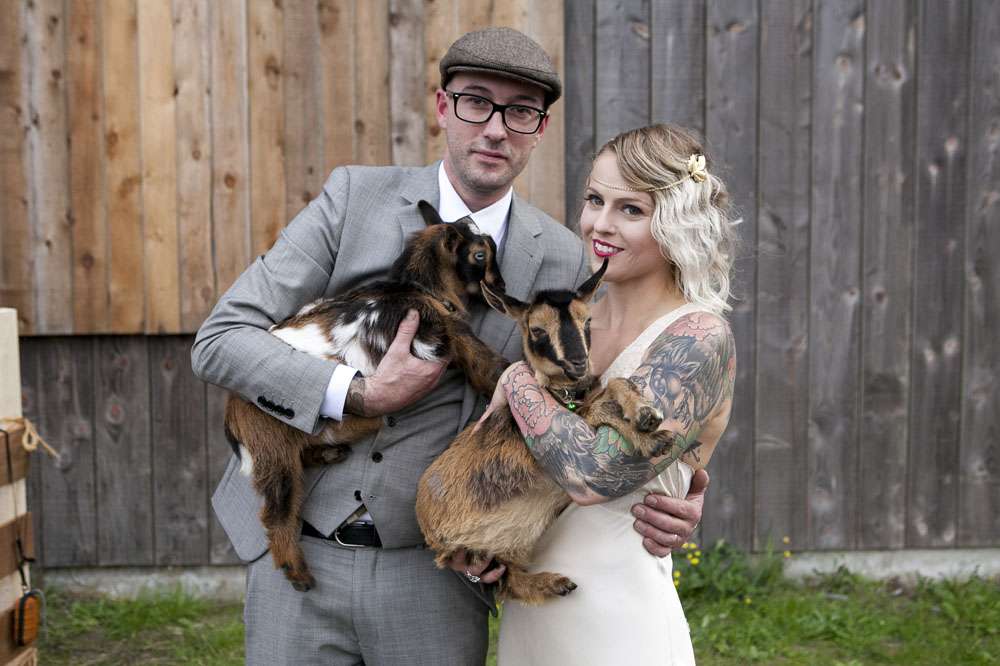 The couple’s biggest expense was the venue. “We were careful to choose a venue where we could stay the night, and our friends could camp”, she explained. “Our friends like to party, and we didn’t want to move locations after the reception. We stayed up all night around a campfire which was perfect for us.”

“My advice to future brides would be to try really hard to find a vintage or alternative wedding dress,” she concluded. “They can be just as beautiful and won’t cost you thousands.  Take advantage of the talents of your friends and have them partake however you can! Be open to changes that may be last minute and necessary, and don’t let it stress you out, just go with it! Finally, don’t get caught up with what you ‘should’ do. Have your wedding be a reflection of who you are.” 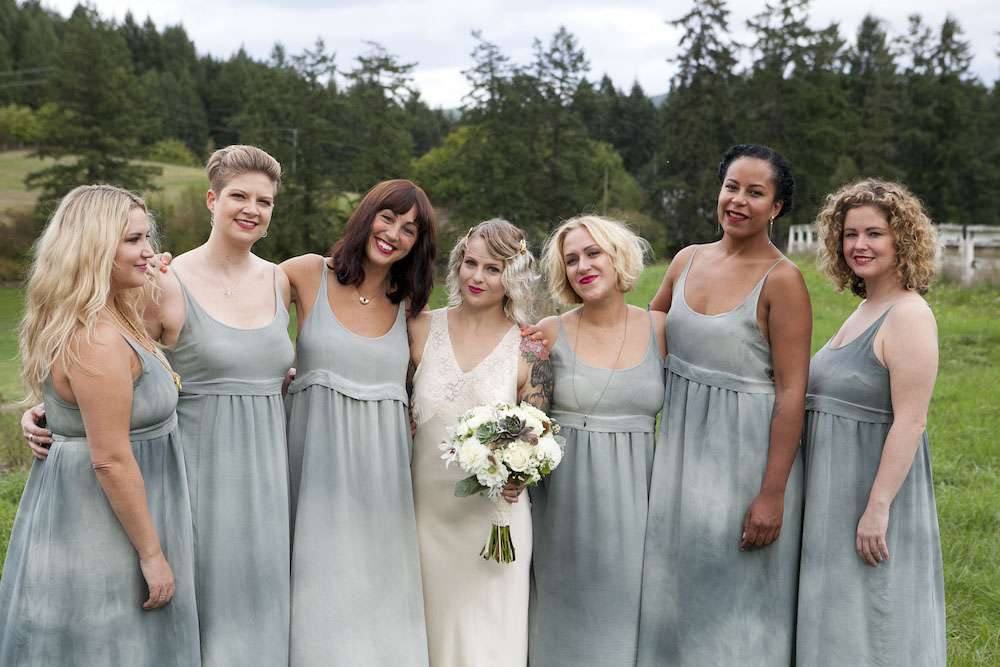 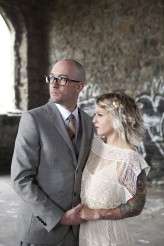 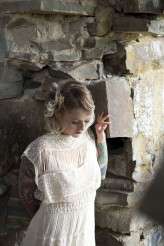 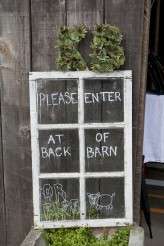 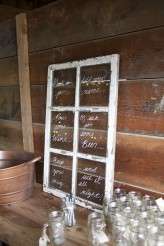 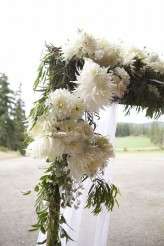 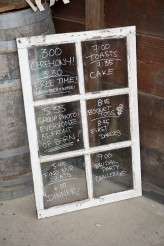 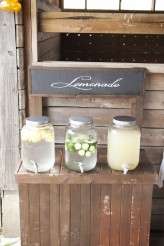 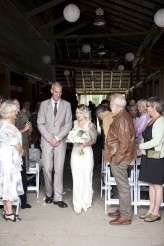 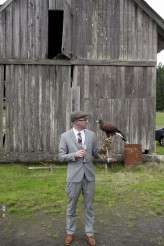 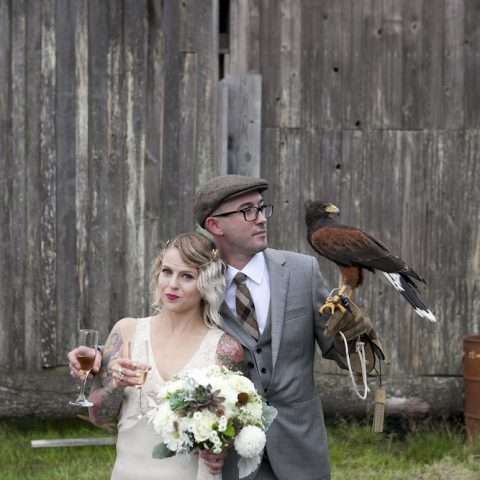 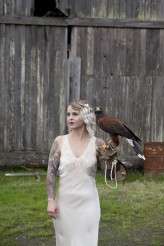 Marina and Darren were married at The Prince Albert pub in Camden. Their day was simple but elegant and beautiful. The bride read the term 'rustic luxe' in a bridal magazine and that seemed to fit them perfectly! "Our wedding was full of beautiful rustic touches, like the flowers and picnic baskets, mixed in with a bit of 1920s glamour to give it a luxurious feel," she explained. "Birds played a small part, as we had become a pair of Finches! We wanted the overall day to feel relaxed and the evening to be like a bloody good night out!"