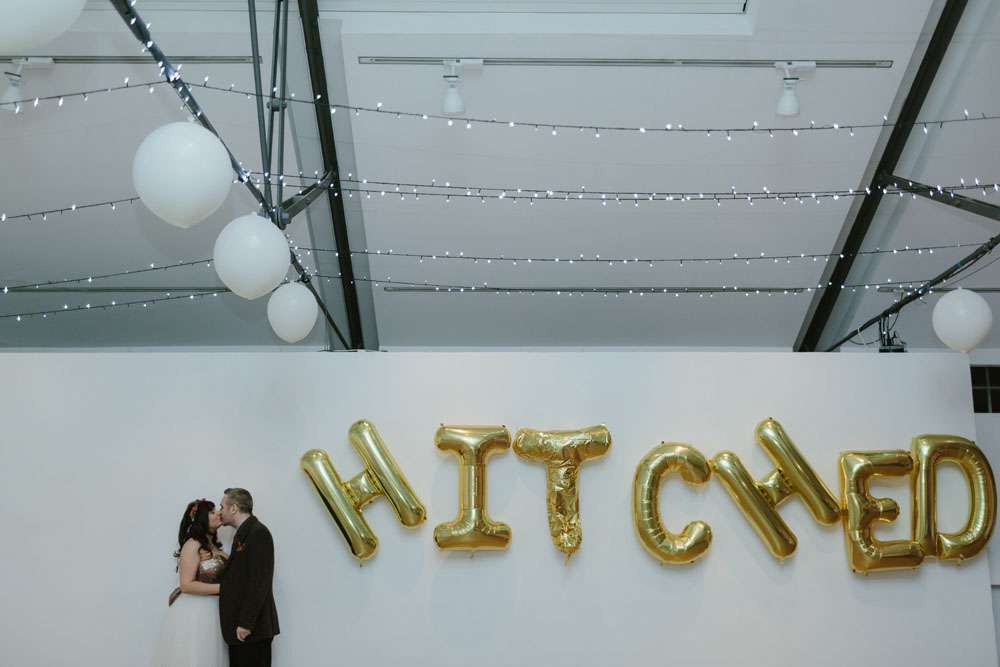 Lisa and Colin’s December wedding had a festive vibe without being overly themed. “I would say our inspiration was our own individual styles and the fact we love to party”, explained the bride. “Oh yes, we were heavy on the party!” 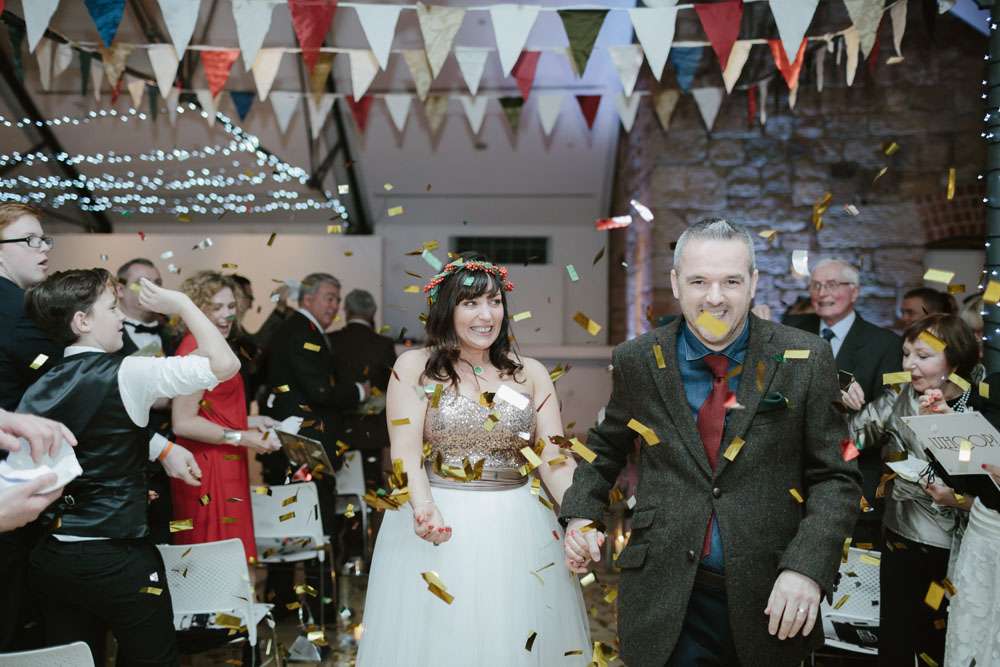 “We considered loads of options for the venue. From village halls to warehouses but no where was quite right. Col suggested The Lighthouse, Scotland’s Centre for Design and Architecture. We visited, had a tour, met the event planner and we booked it on the spot. It is a uniquely stunning venue and was absolutely perfect for us and it was city centre which made it easy for our guests.”

The bride’s dress came from Etsy. “I love disco so I wanted a dress that had a bit of glitter. I made my own headpiece with wire, holly, greenery and ribbon.” 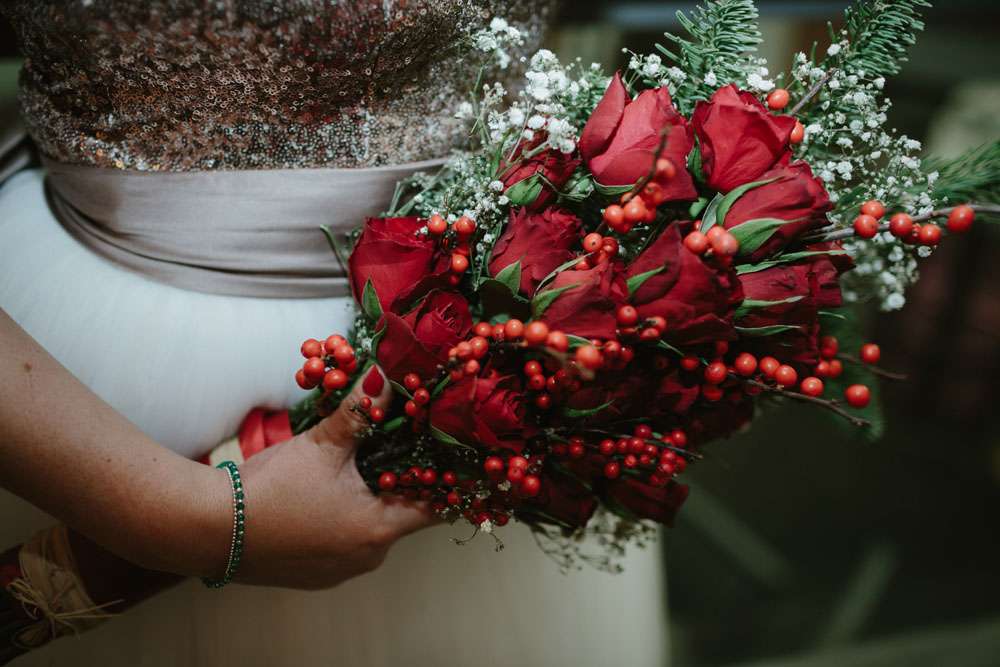 In terms of decor, they made nearly everything themselves. “We had over 100 metres of bunting in all of our festive colours – gold, red, green and navy. I cut the triangles and my mum sewed them all together. I made blackboard signs to direct and entertain our guests. Our favours were everyone’s Christmas favourite – Chocolate Oranges. The table names were all 7” singles of Christmas number 1’s. Our centrepieces were upcycled bottle lamps, which were filled with fairy lights. We had pine cones as table settings. I had painted the tips of each in one of our colours and set a name card in each. They were simple but Christmasy effective. We also had big balloons and we bought a Christmas tree because no December wedding would be complete without one!” 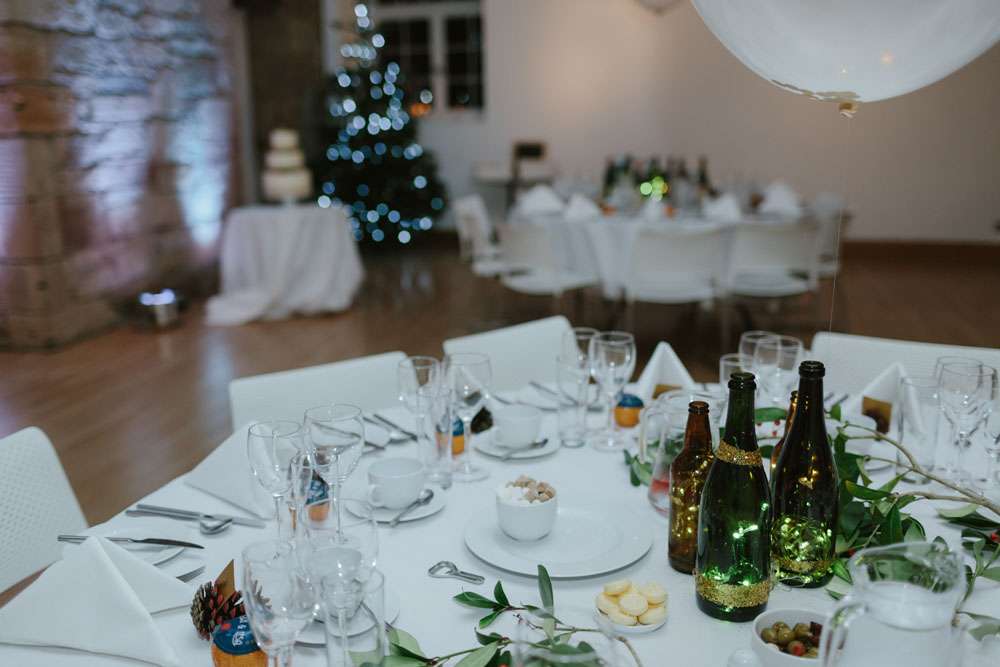 “Its easy to get carried away with costs, so we agreed on the most important parts of our day and focused our budget and efforts on that. I loved being creative and Colin was perfect at keeping me and our budget in line! In the end we spent less than £10,000 and we saved that all ourselves. It was important that we didn’t start our married life off with debt or credit card bills!” 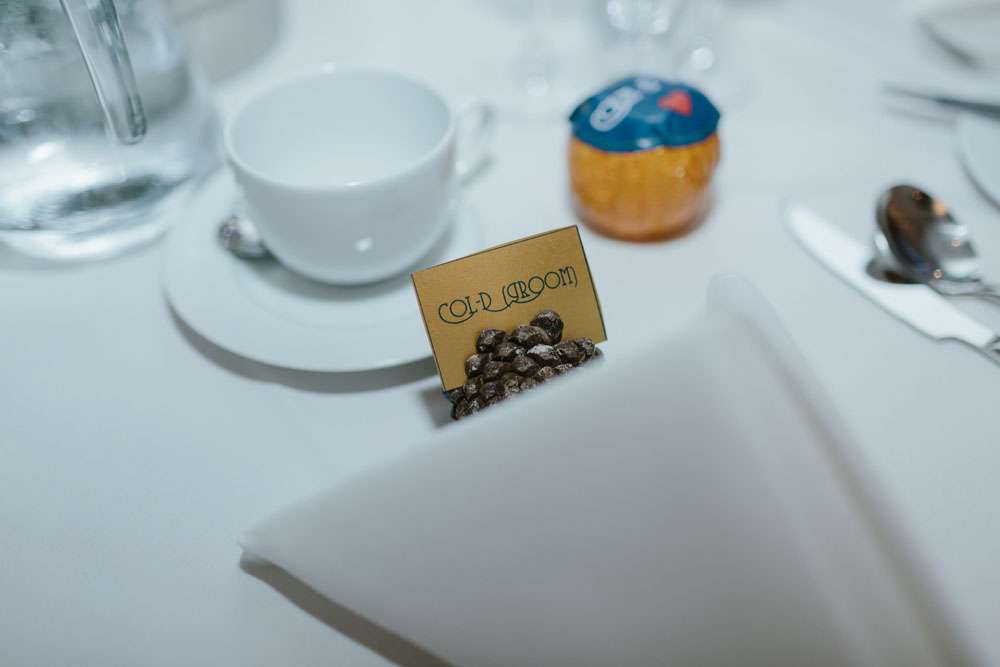 “I waited a long time to get married (I was 40) but it was worth the wait. I would’ve probably done it differently if i’d married younger, but we were marrying for us – so it was important that our wedding was just us. It was the best day of our lives!” 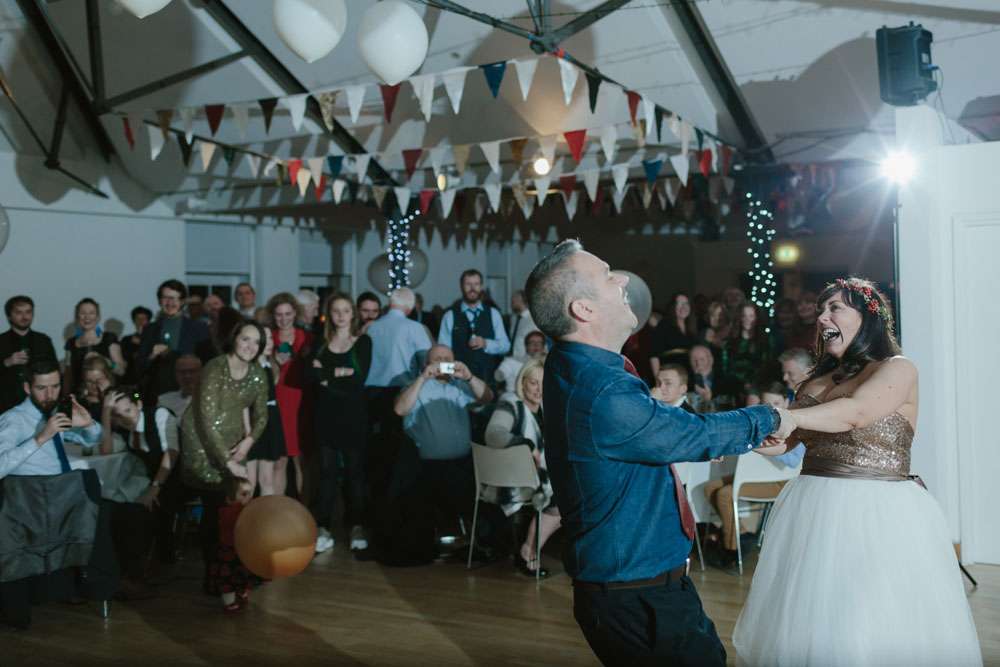 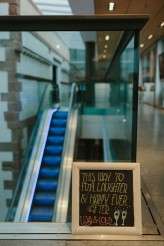 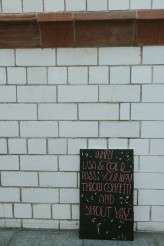 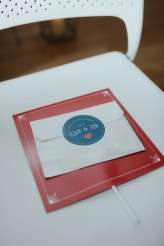 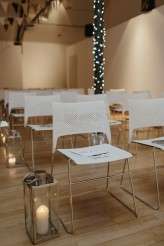 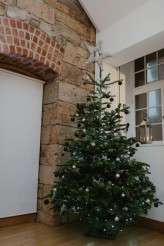 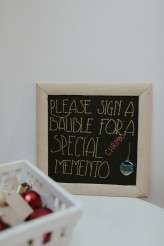 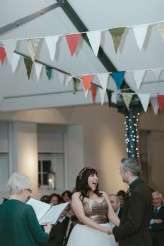 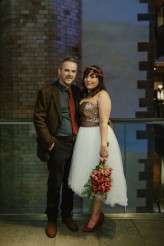 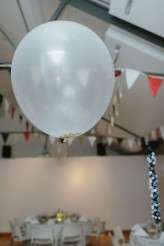 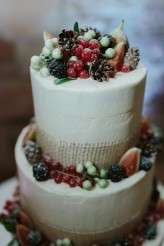 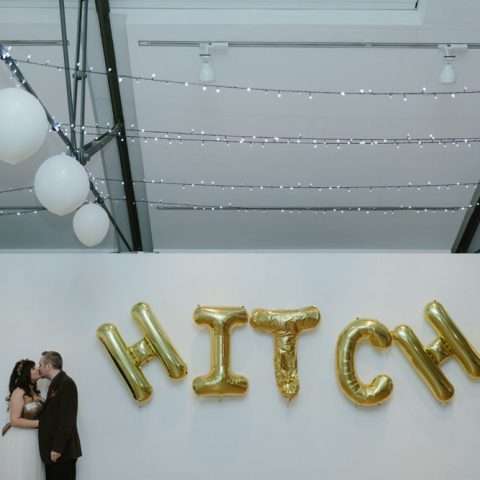 Katie and Dan had a teeny tiny wedding (just them and their parents!) at The Summerhouse on the Millbrook Estate in Devon in December. Because they kept their guest list so small, they were able to do exactly what they wanted and to pull it all off for under £8000! Their smaller than average budget certainly didn't mean they had to compromise on the things that really wanted. Katie had a custom wedding dress made by Jo at The Couture Company and they booked the amazing Shell de Mar to shoot the day.

Colourful Village Hall Wedding with A Brass Band & a £7000 Budget

They chose a local village hall for their September wedding. This not only meant Bronia and Joe had a lovely blank canvas to decorate however they liked, but it was a really affordable option (£500 to have it from Friday morning to Sunday!) The groom wanted a really big wedding, but the bride wanted to elope, in the end they met in the middle (ahhh, the secret to a happy marriage right?!) and had something medium sized but relaxed and informal.