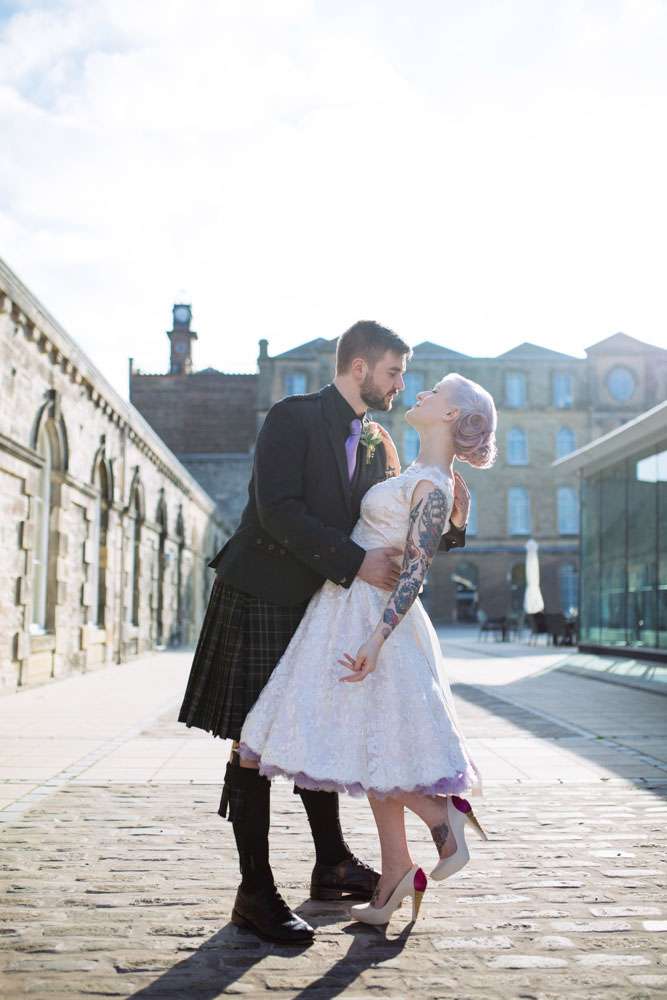 Gemma and Chris’ surname is Lavender so that, coupled with the bride’s hair colour, helped them set their candy coloured theme. “Our wedding was a very colourful affair, with the main theme settling on our married name of Lavender”, said Gemma. “I have lavender coloured hair, I am quite heavily tattooed and I wore a light pink dress.” 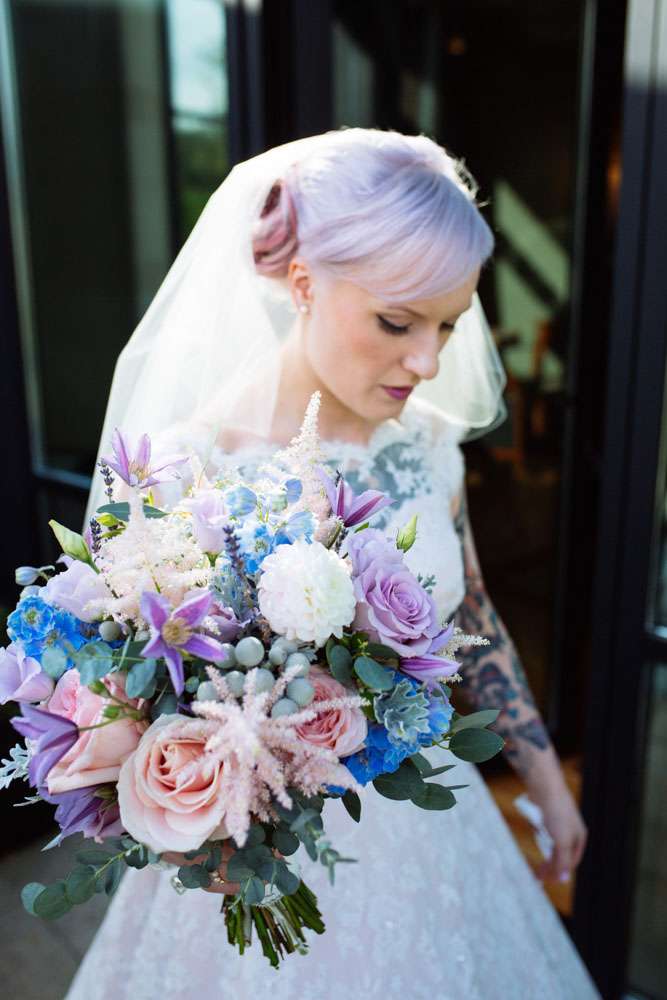 “Our other main theme was music, as we are both big metal and punk fans. Our table names were all NoFX songs and album titles and the seating plan was made from second-hand records screwed onto a door that we painted to look like a frame. For our first dance we swayed to Queens of the Stone Age, Make It Wit Chu.” 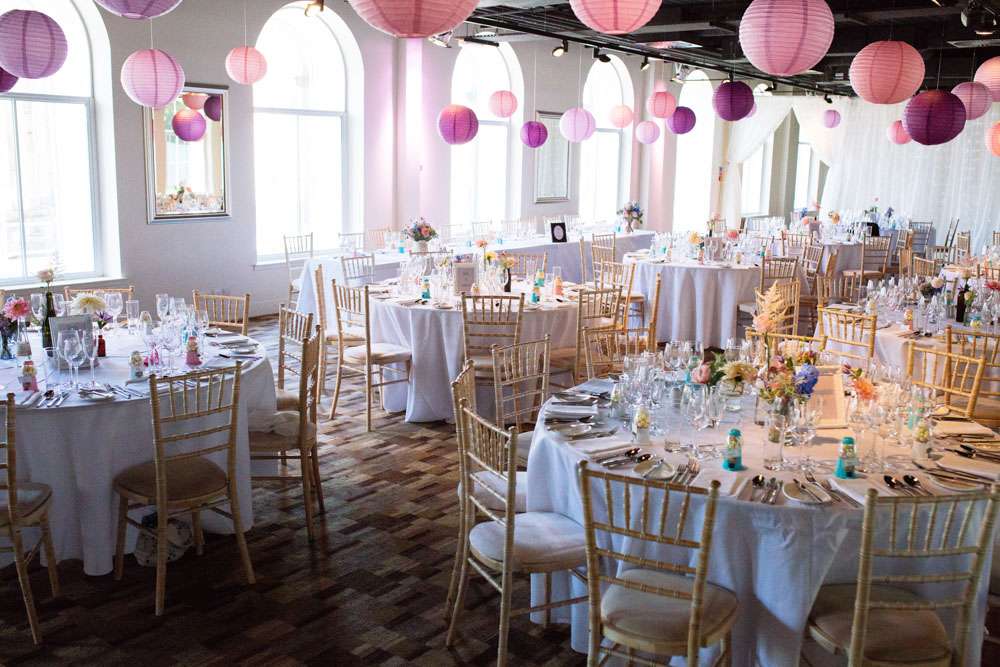 There were also lots of candy references throughout. “Our favours were mini gumball machines in pink, white and blue filled with pastel coloured sweets, which doubled as our guest’s place card table settings”, she said. “I wore a light pink 60s style tea length dress with an ivory lace overlay with pink and lavender underskirts to match my beautiful bridesmaids. My ceremony shoes were Melissa x Karl Lagerfeld beauties with pink, glittery ice creams on the heels, which smelled of vanilla. In the evening I switched to some limited edition 1461 Dr Marten’s shoes in glittery blue leather with pink laces.” 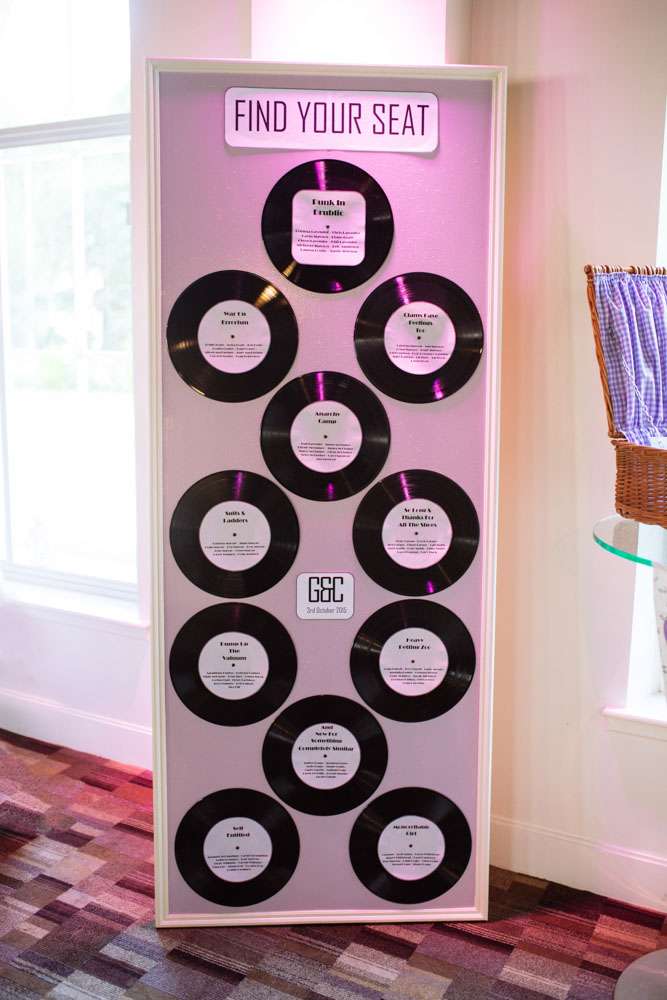 “I loved planning our wedding; I could do it for the rest of my life!” she laughed. “I think it has something to do with the fact that I love making lists and spreadsheets. I had several spreadsheets for every part of the wedding. I love being organised and every time I opened the wedding spreadsheets I felt all warm and fuzzy and so excited. The build-up to the wedding was such a great feeling! I got a lot of ideas from Pinterest, but once I had chosen everything I had to force myself to stop searching and pinning, as I was starting to get obsessed!” 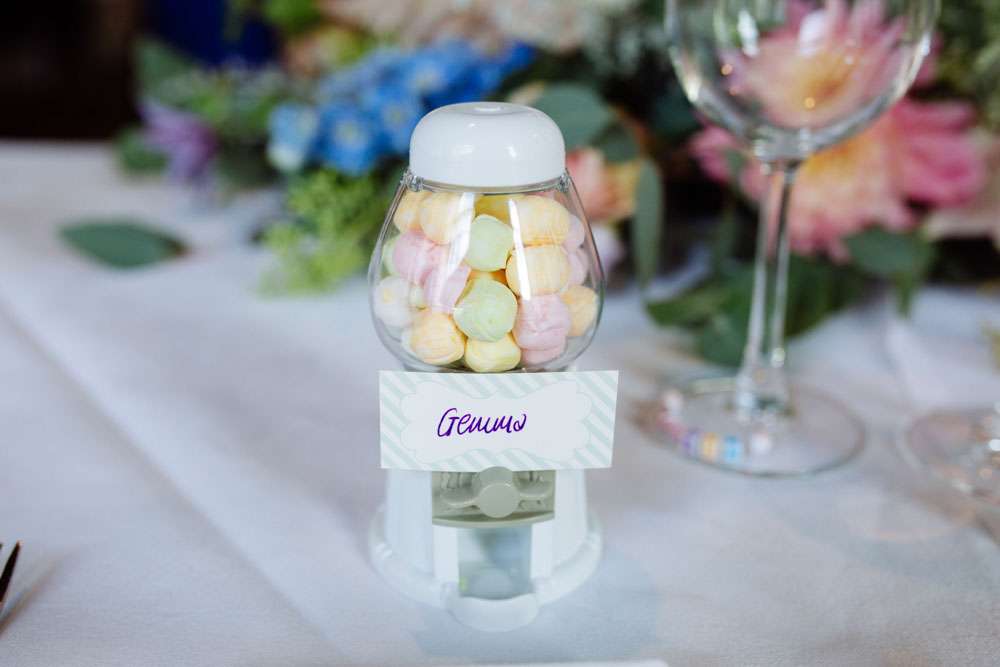 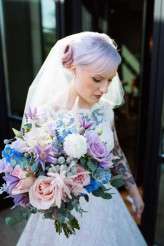 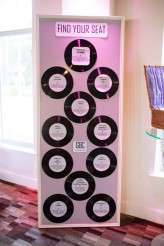 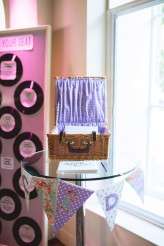 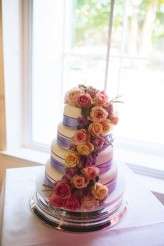 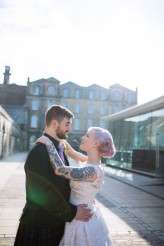 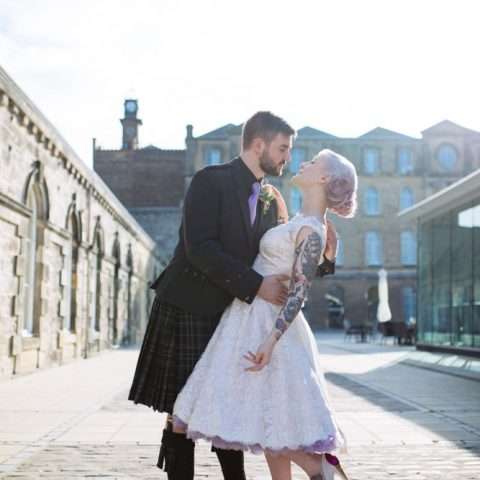