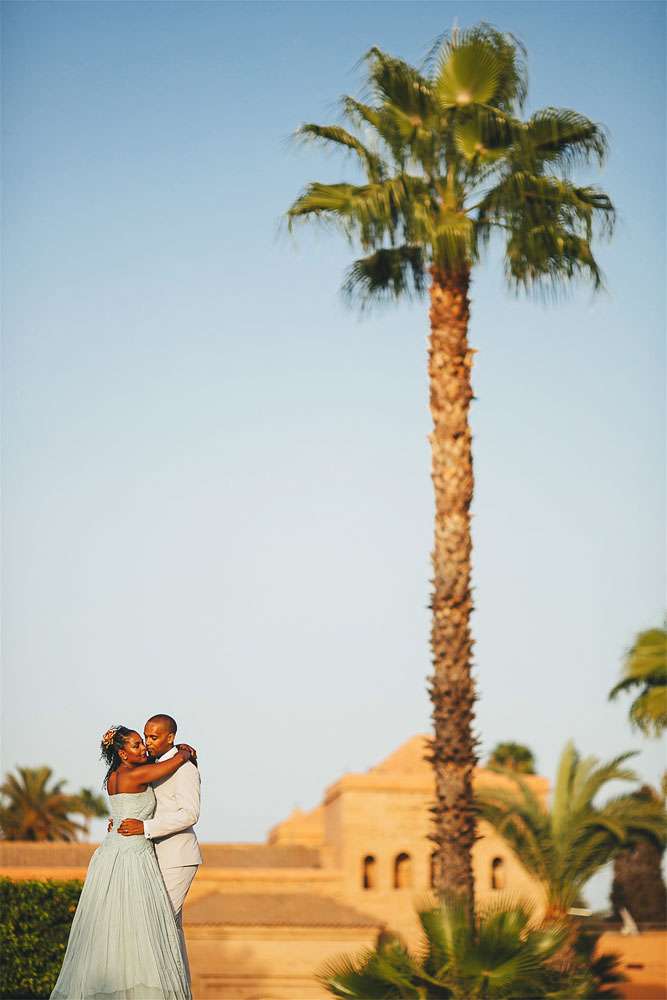 I love Marrakech, so much so that I visited twice last year! So when Eyman and Bandele’s colourful destination wedding landed in my submissions pile, I was super excited. The bride is from Sudan, the groom from Jamaica, and they now both live in the UK. 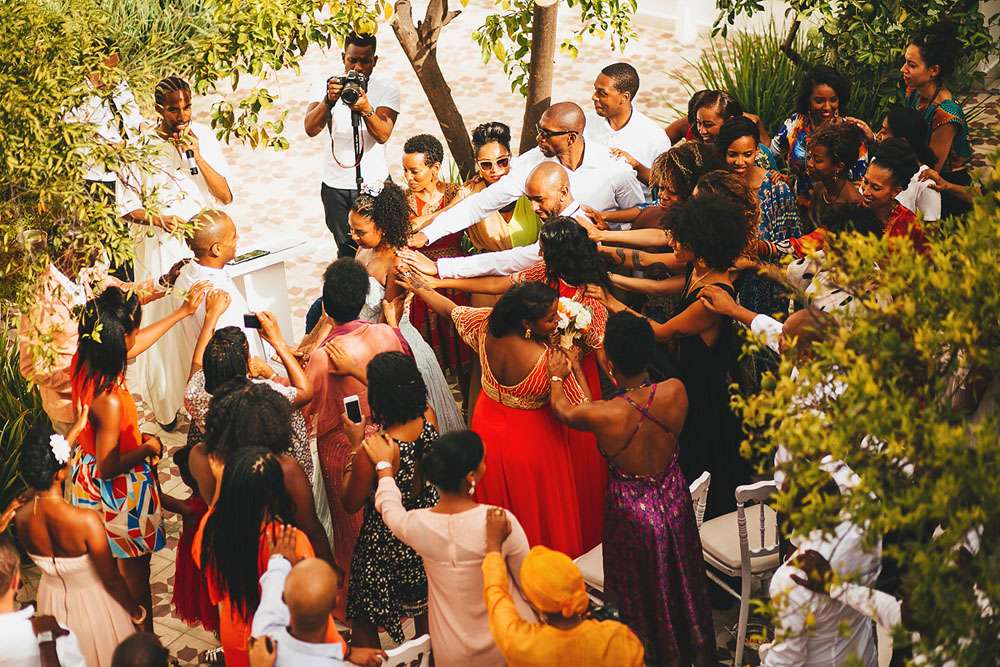 The wedding was held at the Dar Anis Riad. “We decided to keep things simple and use the natural surroundings as our décor”, said the bride. “As the main courtyard contained three small orange trees we used oranges as name placements with simple toothpick type labels inserted into individual whole oranges. The table centrepieces were locally sourced flowers and candles.” 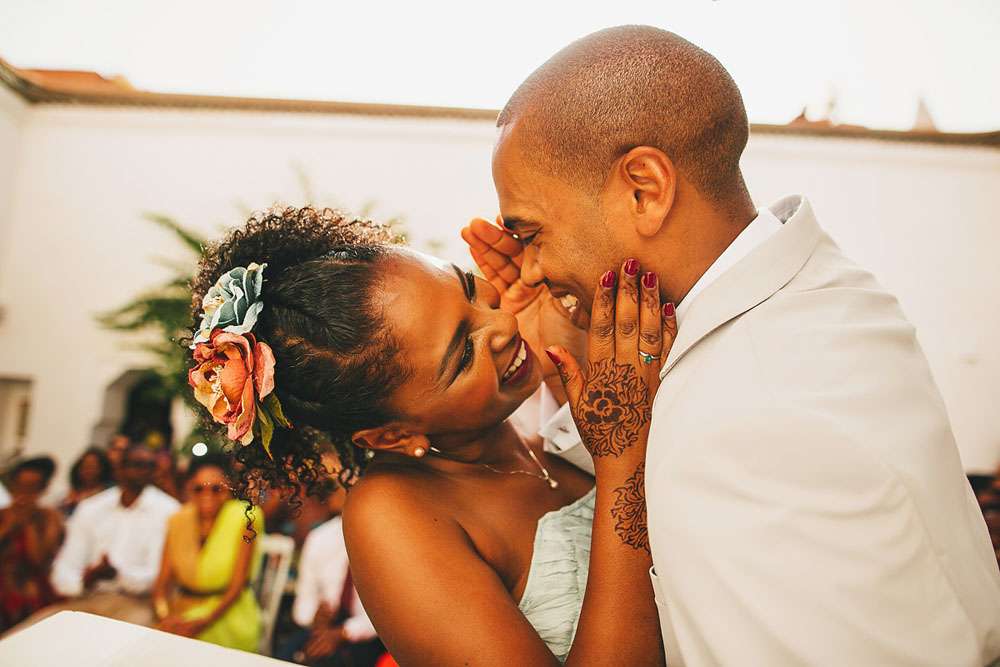 “We decided to get married in Morocco as it’s the first place we visited together”, she continued. “We kept it simple but it was difficult at times. The more people involved the harder it can become to stick to the simple plan. As the ceremony wasn’t legal in Morocco (we went to the registry office back in the UK) we had Bandele’s brother officiating which was really personal and special.” 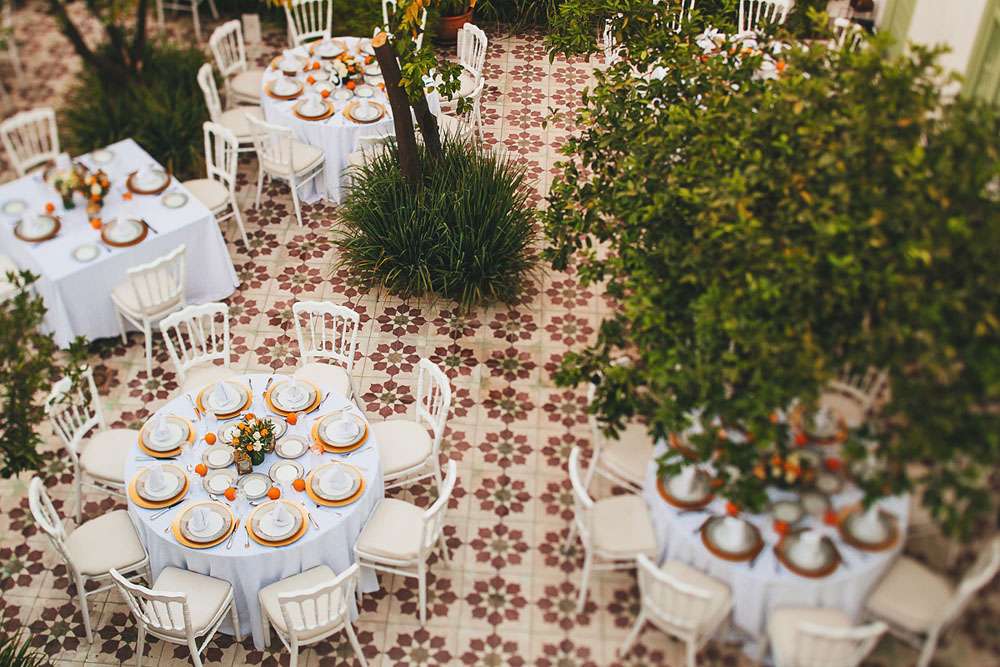 “Our biggest cost was hiring the Riad and paying for flights for our immediate family. However we saved by not having things like a cake and wearing non-traditional outfits. My dress was made for me but wasn’t a wedding dress. Afterwards I had it altered into a skirt that I can wear again!” 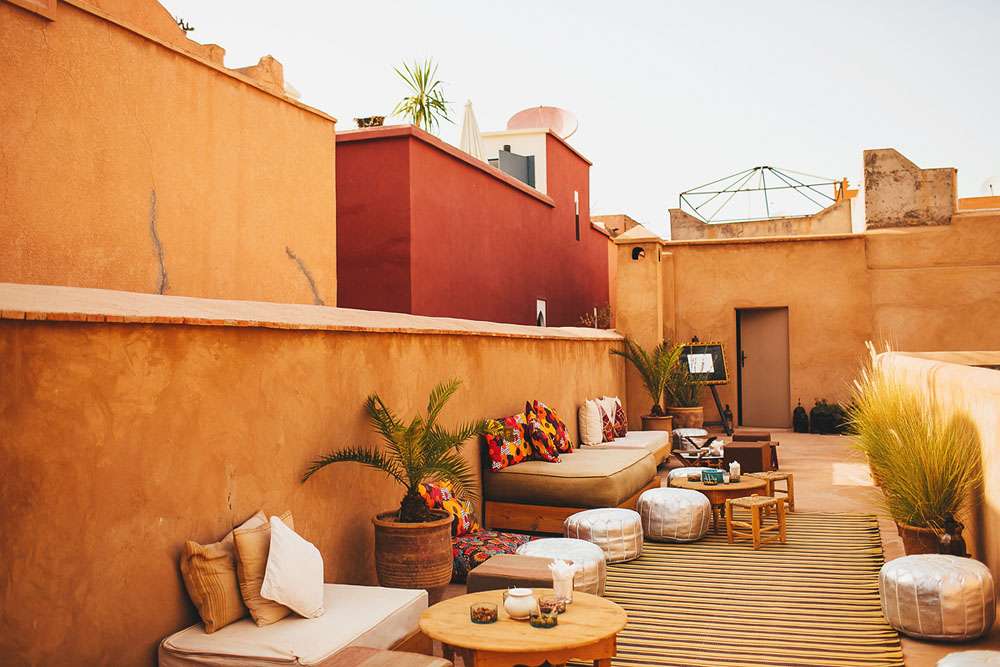 “Our favourite moment of the day was when we saw each other for the first time”, she concluded. “It was a private moment when I first walked around the corner to meet him before walking down the aisle together.” 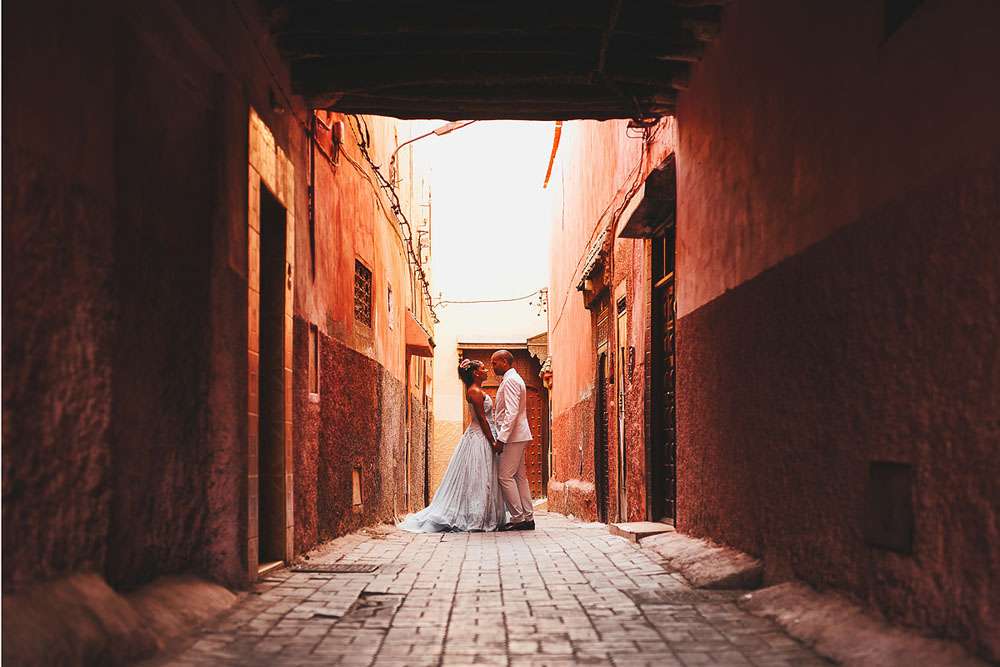 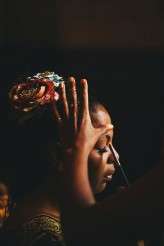 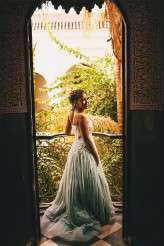 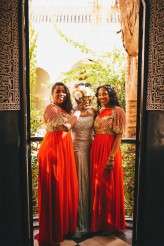 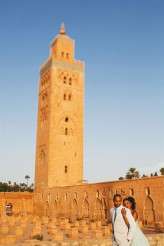 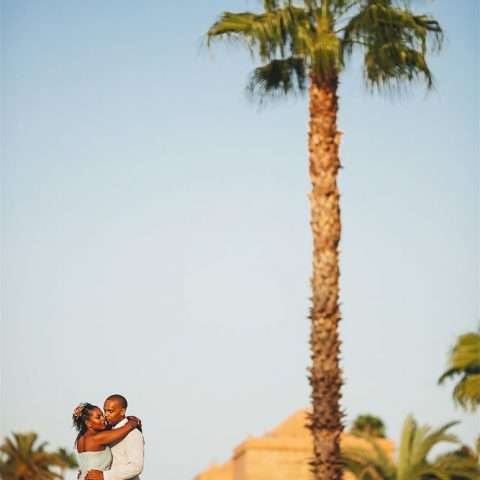 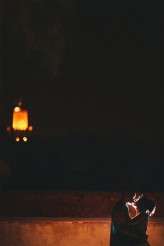 For their November wedding, Adriana & Daniel were keen to inject as much of both their cultures (Brazilian & British) into the day as possible. The event was held at Iate Clube de Búzios, a yacht club in Rio de Janeiro. The bride designed her own dress and used handmade lace from Renda Renascença with the help of dressmaker Inês Uemura. "Sometimes you shoot a wedding that is so amazing, that it is only when you look back on your images and film that you can actually even remember what happened," wedding photographer Maria of Studio 1208 told me. "The whole thing is so effortless, yet it moves like a beautiful old steam locomotive, thundering past you and carrying you away into some distant land."

Sarah & Craig decided the cold, sleet and snow of the UK just wanted going to cut it for their February wedding so they upped sticks and flew out to the Sri Lankan jungle instead! "Within those first few exciting days of engagement we came to the conclusion we would get married in Sri Lanka because we quite fancied going there, we could legally get married there and our parents/family/friends could backpack/5*resort/travel/package holiday there to their wishes", explained the bride. "We then picked the area we wanted to go to which was Unawatuna. It has a bit of a laid back, backpacker, beach-ey vibe and Galle, a historic fort with boutique hotels. I spent hours researching accommodation in the area until I found Illuketia, a colonial tea plantation house set in a tropical garden. So we arranged to have the whole wedding there by email which could've been a bit risky! I did have a Bridezilla moment imagining we had booked an imaginary mozzie infested straw hut, but when we arrived to our wedding paradise it was all worth it."

Marina & Phil wanted a small and intimate destination wedding in Maui. They love to travel and adore the water so a ceremony at Ali'i Kula Lavender Farm followed by an after dinner boat cruise was perfect! "We love the outdoors", Marina wrote. "In particular, we love picnics with a great view. That's what we ended up doing - a wonderful picnic on a mountain on a tropical island. We laugh that we could not decide whether to get married on a mountain or on a tropical island, so did both. We also decided to have our wedding on the 4th of July because we wanted fireworks!"