The most important thing to Tess and Ruairi was that their wedding included their two kids as much as it reflected them. So the day was more like a kid’s birthday party than a wedding!

“We’re not big wedding fans, or rather we’re not big fans of the prescribed wedding format”, said the bride. “So for our day we decided to think about the things that were really, REALLY important to us and to steer ir in that direction. We have two children and we wanted them to be just as involved in the wedding as we were so our theme ended up being like a kid’s party!” 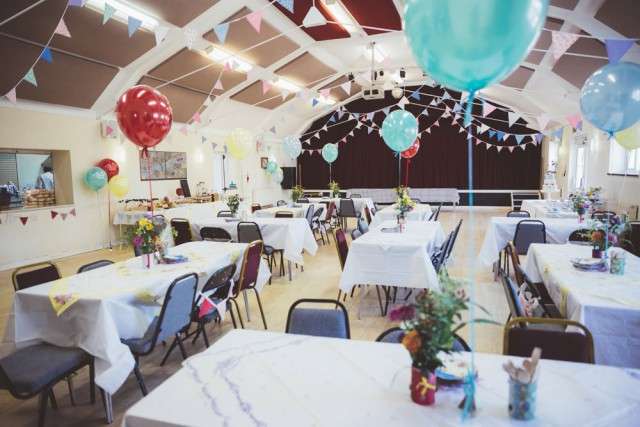 “We had tons of kids attending so we wanted them to enjoy the wedding as much as the adults. We hired Sublime Science, a kid’s birthday entertainer. ‘Prof Louis’ was fab and she kept the kids utterly enthralled. There was sweet making, exploding coke rockets, slime making, chasing fugitive balloons across football pitches, lots of shrieks, screams and smiles from all the kiddies and most of the adults!” 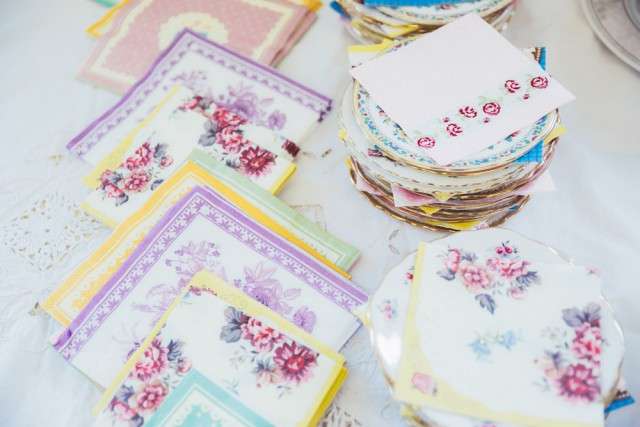 “Our youngest is three and we thought perhaps the science party might be a bit too old for him (in the end it wasn’t) so we also arranged for a local reptile sanctuary, Lenny’s Lizards, to come and bring along some extra guests! We didn’t bargain on two boa constrictors, numerous corn snakes and lots of lizards, but everyone LOVED it.”

“We also put out old wooden crates full of games for young and old alike. There were ball games, Jenga, fuzzy felt, marbles and jacks. They were meant for the kids but were mostly used by the adults!” 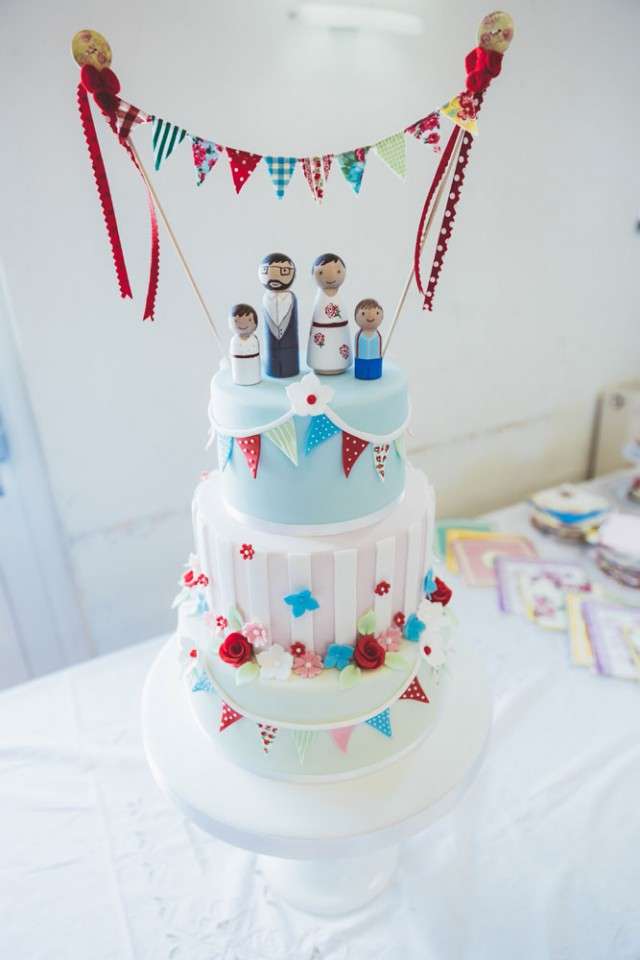 Tess wore a short, 50s inspired dress from Candy Anthony with Irregular Choice shoes. “The one and only wedding dress shop I visited was Candy Anthony”, she said. “Rachel is absolutely lush and super helpful and gently persuasive (for those brides who can’t quite make up their minds!) There was absolutely no pressure, just the right amount of reading you and gentle guidance! I don’t normally wear a lot of make up and I didn’t want to start on my wedding day. So I decided to do it myself. After a lot of visits to make up counters, countless tester pots and endless shades of red lipstick, I managed to get ‘my look’! It was enough to hide the dark circles under the eyes but not so much I looked like a tangerine and didn’t feel like myself.” 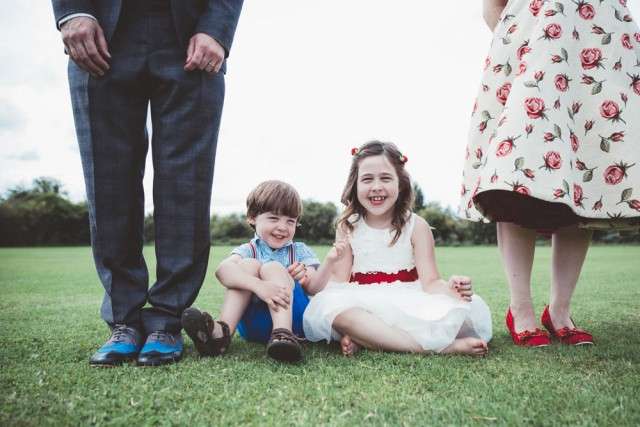 Tess also did tons of DIY projects, mostly for the décor. “We made the invites, bunting, photo board, cake toppers and centrepieces”, she said. “I seemed to be glue-gunning various pieces of cloth, bows and buttons for months. I did take a really, REALLY, long time painting and decorating wooden peg people as our wedding cake toppers but the result was worth it! I must admit, making all this stuff and then having to set it up the night before the wedding was a bit too much DIY. But we had lots of family and friends that helped!” 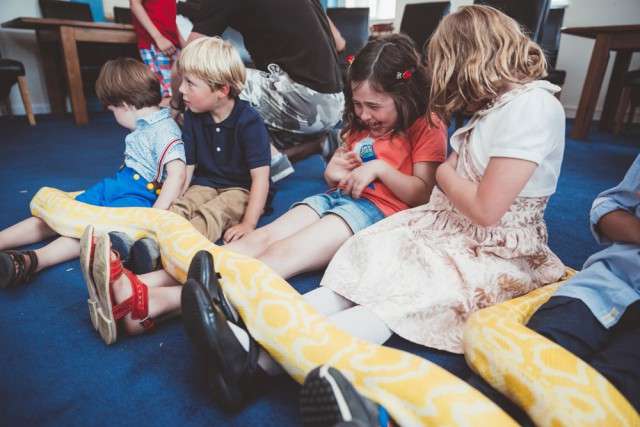 “The best thing about our wedding was that we abandoned the formula and did it our own way”, she concluded. “I would advise other couples to stay away from looking at too much wedding stuff online. It’s great for initial ideas but it really is your day. You don’t have to have the perfect manicure, pedicure, hair and make up if you don’t want it. Stay in your comfort zone but pimp it up a bit!” 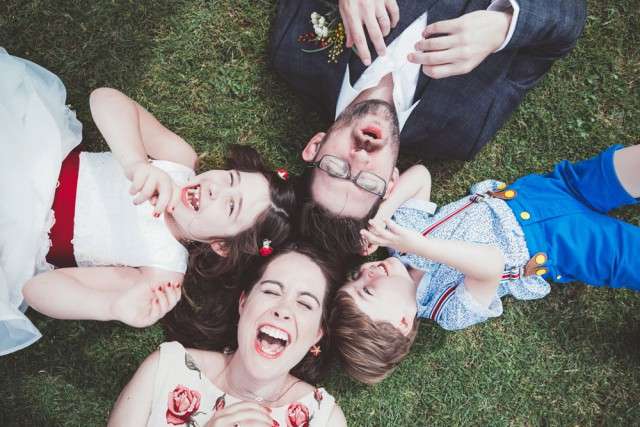 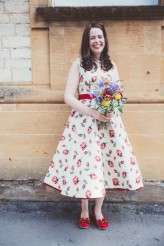 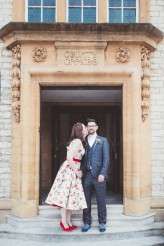 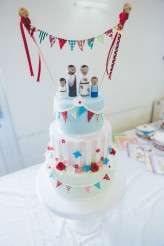 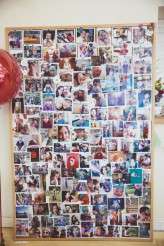 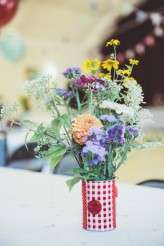 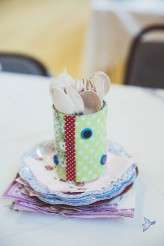 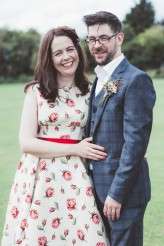 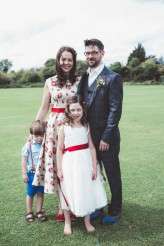 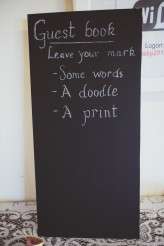