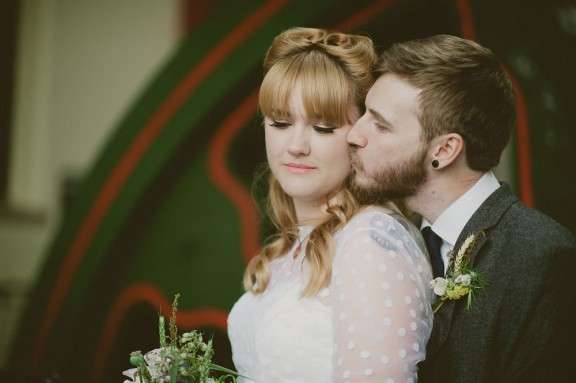 With a budget of just £4000, Ryan and Connie planned a beautiful 1950s inspired wedding. The bride wore a dress made especially for her by Honeypie Boutique, shoes from Next and fun Tatty Divine jewellery. The bridesmaids’ vintage inspired dresses were by Vivien of Holloway.

“We love colours, patterns and prints so we wanted the wedding to reﬂect that”, said Connie. “All the bridesmaids chose their own coloured dress and I had a bright pink ice cream bag!! We wanted to use local suppliers as far as possible and keep costs low by making things ourselves. We also wanted the day to be colourful and bold but also relaxed.” 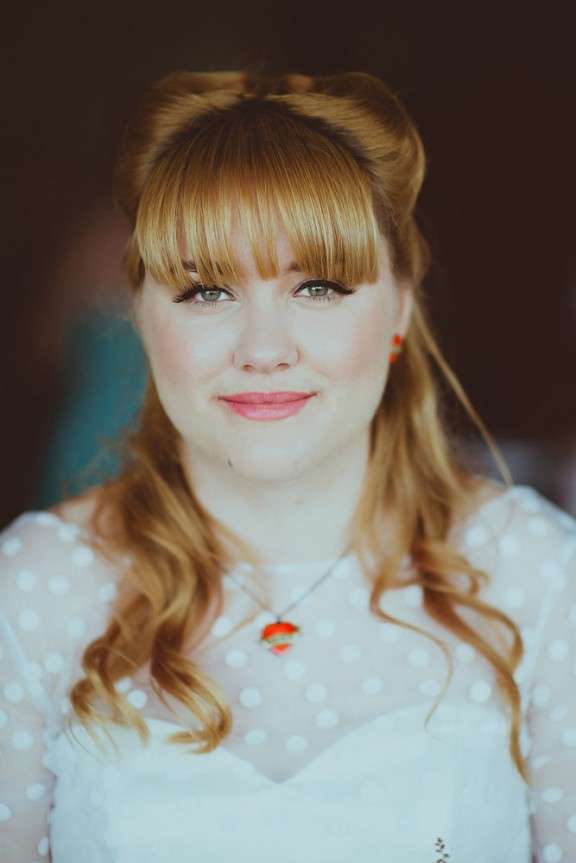 The day was held at Kelham Island Museum and Little Mesters Bistro in Sheffield. “Our wedding was on the Tour de France weekend and Shefﬁeld was crammed with people!” she continued. “Travelling to the venue with my bridesmaids in our vintage VW camper van was incredible! There were so many people, including lots of street performers on stilts, looking in and waving. It made it feel even more special.”

“The ﬂower decorations were all made by me and my bridesmaids from cut stems which we bought from from a local ﬂower farm. We put them in glass jars and bottles which we had saved up over the previous year. We ate a lot of jam in 2014! We also wanted something a bit more unusual than a guest book so we had our guests pin messages onto a vintage map which displayed photos of us and places we had been together. The guests didn’t just leave messages but also made suggestions on where we should visit on our honeymoon, as they were paying for it after all! Instead of the usual wedding gifts we asked people for travel vouchers so we could have our dream honeymoon. We’re going to Japan!” 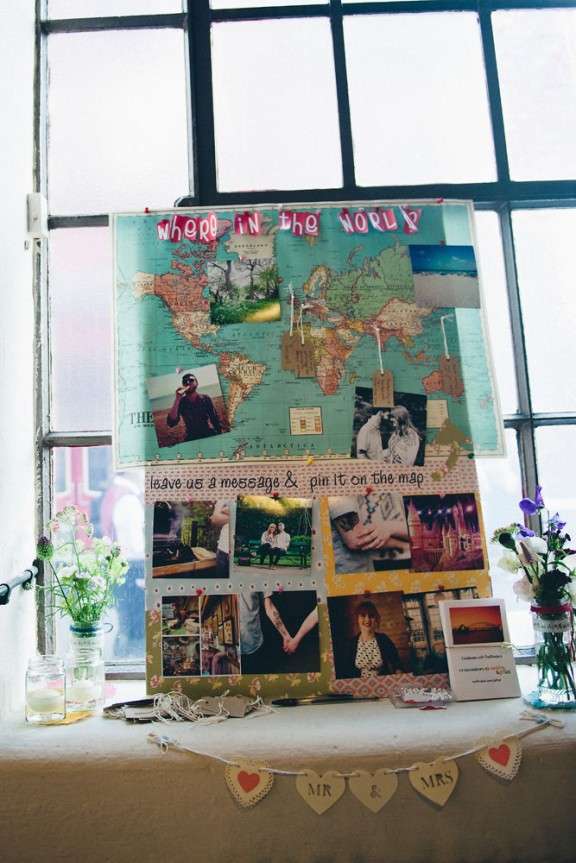 “My favourite moment from the day was actually after the ceremony. Once the pressure was off it was amazing to spend time with my friends and family all in the same place and to see everyone so happy and enjoying themselves! The food was also pretty amazing… eating will always be my favourite part! We saved a lot of money on the DIY flowers and décor and also by me not having a super expensive dress. We also cut out the traditional sit down ‘wedding breakfast’, instead following the ceremony with a BBQ!” 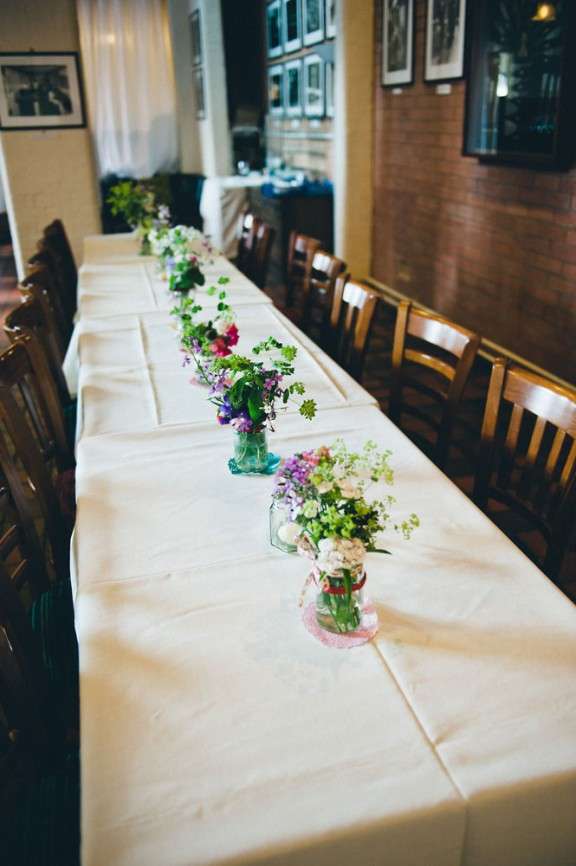 “Try not to get too hung up on your theme”, advised Connie. “On the day, nobody is going to notice if there is something that doesn’t ﬁt. Try to keep things light, it’s a celebration of your love and you should be able to feel free, not stuck in tradition or formality especially if that’s not something you enjoy. And don’t let people get you down! I spent a lot of time upset that none of my family came except my parents, but on the day make it about the people who did come! There’s a lot of love there. Everything lived up to my expectations. It was hard to picture how everything I had been organising and making would come together but on the day it all worked so ﬂawlessly and we could not be happier.” 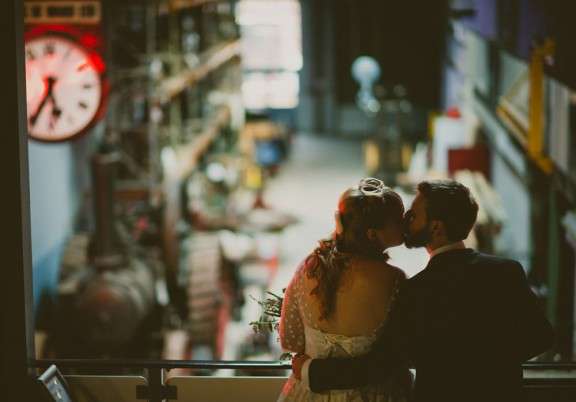 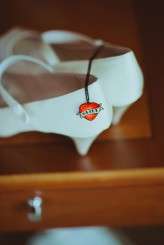 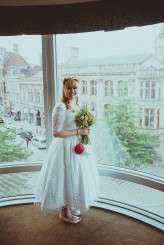 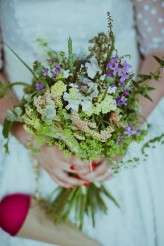 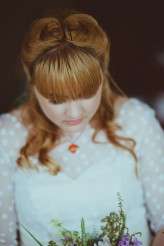 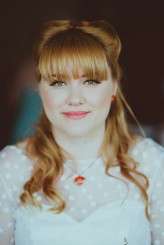 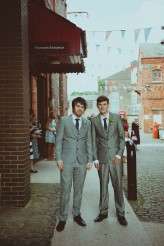 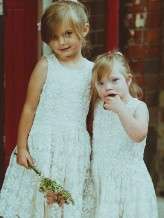 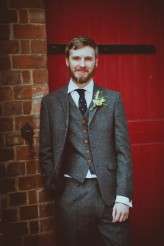 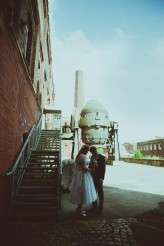 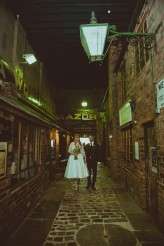 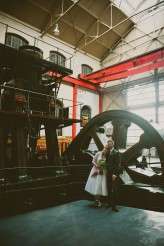 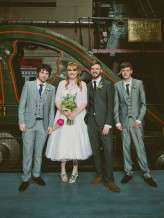 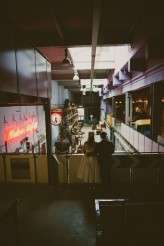 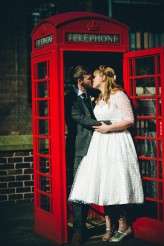 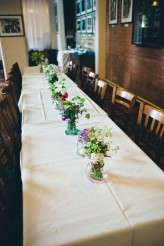 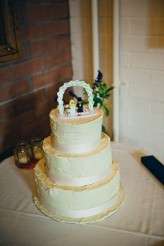 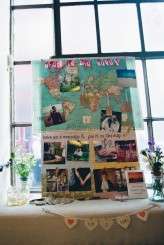