Hannah and Paul’s laid back wedding took place in October. “The inspiration for the wedding was for it to be laid back and natural,” explained the bride. “We wanted a relaxed day with no stresses and as few formalities as possible. We just wanted to enjoy the day with our friends and family and to not feel that we were forced to do certain things at certain times of the day. I also wanted natural décor with hessian, lace and flowers.” 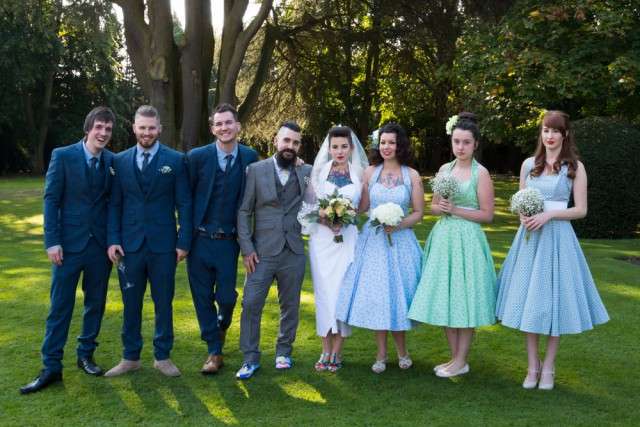 “We also wanted to be ourselves. We both wore shoes that stood out and had all our tattoos on show because they are a part of us. I feel privileged to walk around with amazing artwork on my skin and wanted to show them off.”

Hannah’s dress was from Vivien of Holloway. “I wore a below knee length dress because a big fluffy princess dress just isn’t me”, she continued. “It was only £120 and it’s exactly what I wanted. I completed the look with a taxidermy skull fascinator and a vintage fox fur stole. Paul and his groomsmen had suits from ASOS. I bought them during the sale and they were only £40 each!” 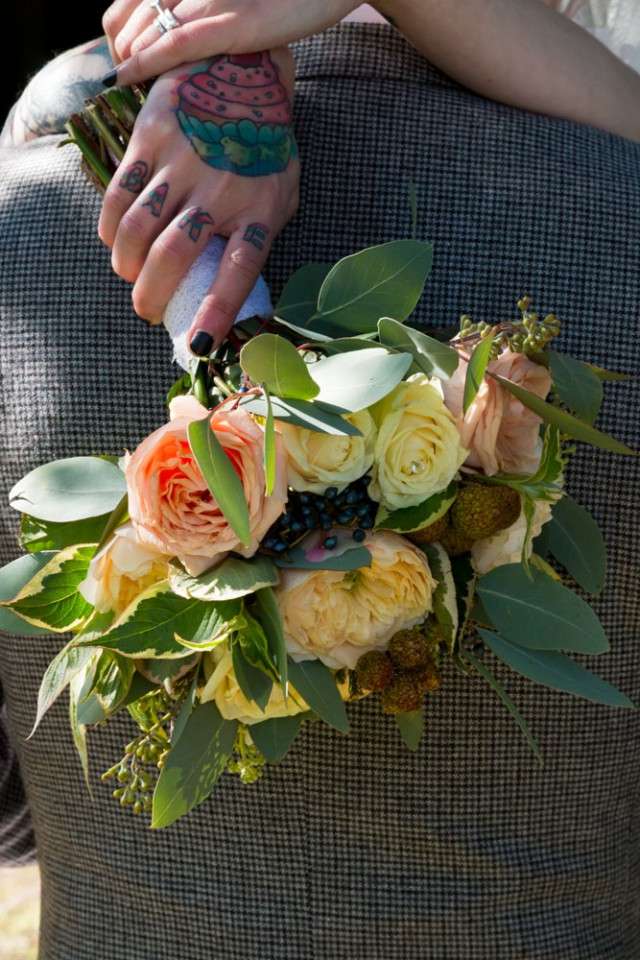 “I knew a wedding would be expensive but  I really wasn’t prepared for just how expensive they can be”, she said. “We did things as cheaply as we could without having to do everything ourselves. We just didn’t want the stress or worry of a totally DIY wedding. I wanted things organised so we could sit back and enjoy the day. My advice to other couples on a budget would be to shop around. Also, do not conform to what you think people are expecting from your wedding. Do what you both want and you will have the most amazing day ever, and so will your guests.” 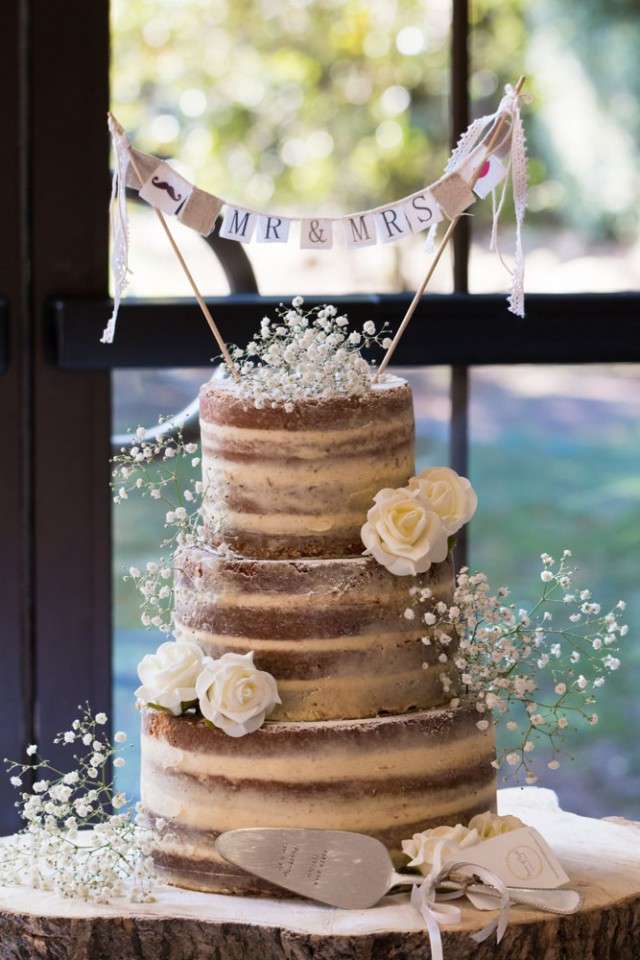 “The best thing about planning our wedding was knowing exactly what we wanted in the first place”, she concluded. “I knew what was in my head and how I wanted it. I went to meetings armed with photocopies of images and notes. Organisation was the key… and lots of lists! There is nothing we’d change about our day, it was perfect for us. We had a great band and an amazing DJ that played our alternative playlist. We decided to make the the most of our after party and made it a child-free zone. All children left by 6:30 including our own. It was controversial to say the least, but most understood and were happy with our decision.” 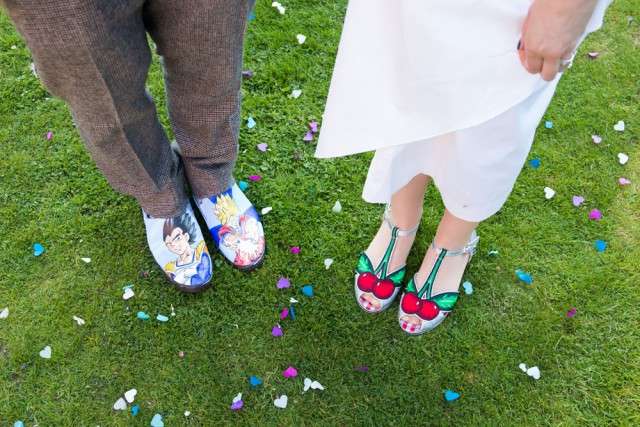 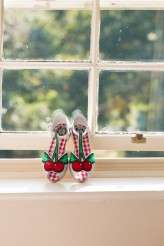 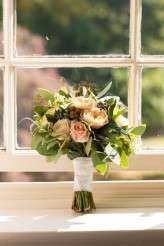 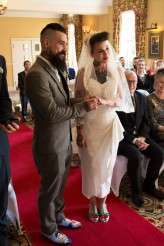 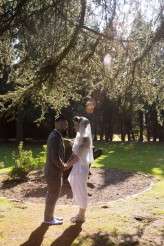 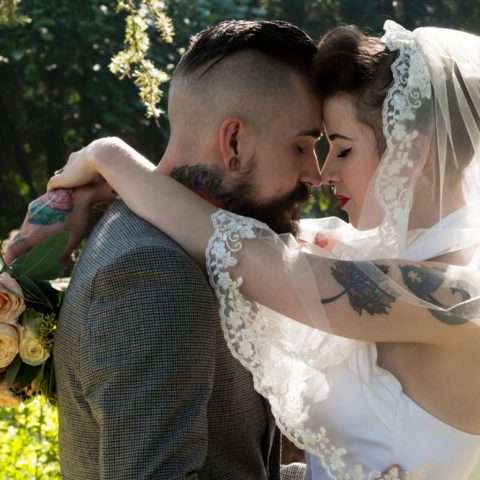 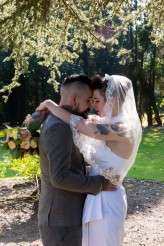 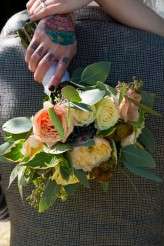 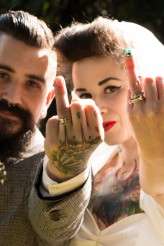 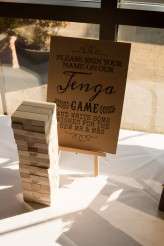 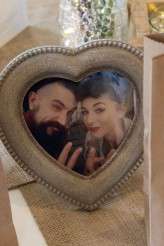 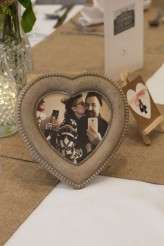 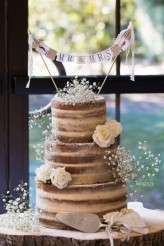 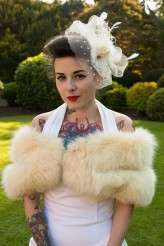 Wheeler and Tylah’s love story reads like a millennial fairytale - they met on Instagram (!) when Tylah was moving house and posted that she hadn’t unpacked her kettle yet, so Wheeler offered her round for a cup of tea.

Elli and Oli's wedding was inspired by the letter B (for Bates, their surname) and with a colour palate of soft pinks and peach.