I often say that the weddings I blog are like my children, and to choose a favourite just wouldn’t be possible or fair. But Carly and Tom’s is definitely way up there. Not only because I’ve known Carly for ten years (she was the first person I met at University and we’ve been BFFs ever since), not only because I was maid of honour (my first time being a bridesmaid no less!) but because it was such a wonderful and special three days and I just know you guys are going to love nosing at their beautiful pictures just as much as I did. 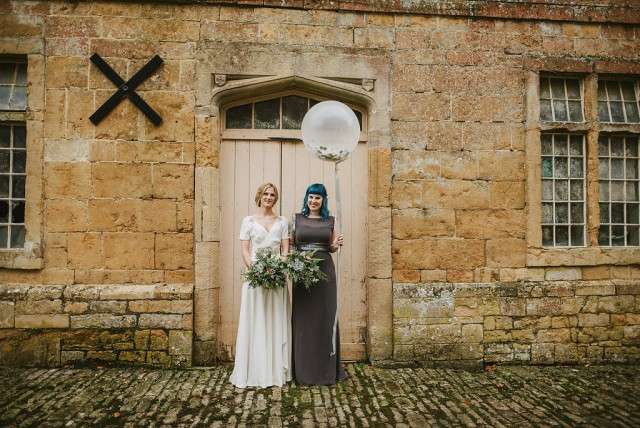 I remember vividly when Carly first met Tom. She’d booked a last minute (impulsive you might say!) six week trip on her own travelling all around Asia and she met him on her very first night. “We met in a hotel bar in Bangkok”, she told me. “He’s British but was living in Australia at the time and he ended up extending his trip when we met. We then spent the next six weeks travelling around before he went back to Sydney. I think we both knew fairly early on that it was more than a holiday fling but we lived on opposite sides of the planet… A few months later he emailed me saying he was going to try and get a job in London, making out that it was because the employment market was better. He turned up where I lived a few days later, and we’ve never really been apart since.” 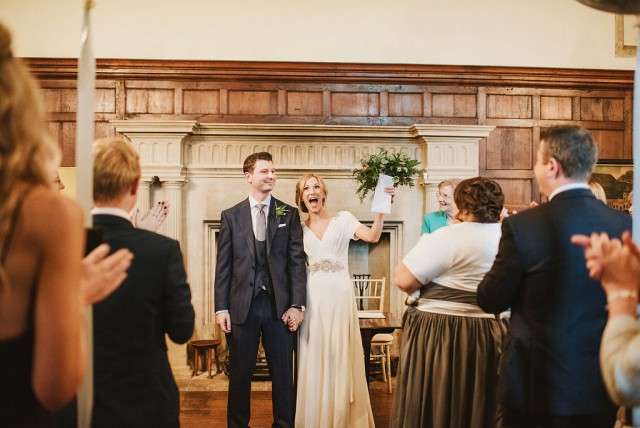 The wedding was held on a Wednesday in November at North Cadbury Court in Somerset. They rented the house for three days and most of the guests stayed over. “Having a certain friend and bridesmaid came in very useful for basically everything around planning and styling the wedding”, she laughed. “I had a human wedding magazine on hand whenever I needed her! There was never really a set theme though, we just went for things we liked and it evolved naturally.” 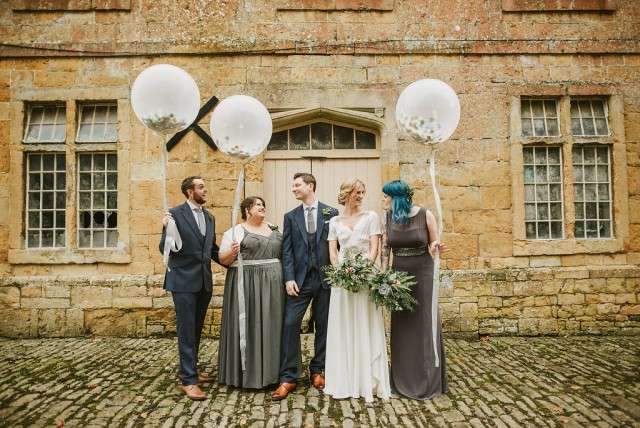 “We loved the idea of getting married at home, but living in a flat in Croydon with no garden meant that wasn’t really possible. Then we had the idea of renting a big house for everyone to stay in and having a house party. We stopped looking for wedding venues and just looked for big houses that were available to hire. When I found North Cadbury Court and saw it happened to have a marriage licence, we didn’t bother looking anywhere else, it was perfect. The venue was our biggest expense but the cost also included accommodation for 50 people for 3 days and so it was worth every penny. Our other priorities were photography, food and drink. I think as long as nobody is hungry and everyone has enough wine in them everything else is a bonus.” 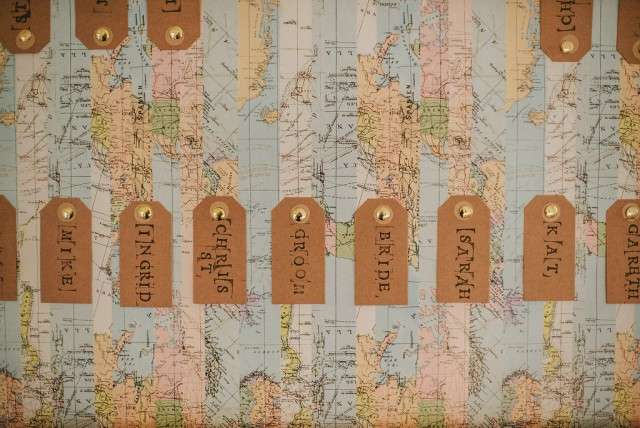 Carly didn’t want to be ‘given away’ so after getting ready together, the two of us walked down stairs together to where the ceremony was being held. I then walked into the room first and she came in on her own. “Tom and I spent the morning together and then got ready separately. I loved that we could just walk downstairs and get married. I was never comfortable with being given away as I don’t belong to my parents or my husband, and I thought about walking on my own. In the end I realised I was a bit wobbly and needed a supportive hand to get me down the stairs, so walking with Kat was the obvious choice. I walked down the aisle to the theme tune to True Romance, which is one of my favourite films. When Tom proposed in Marrakesh he arranged for that to be playing in the background so it normally makes me cry whenever I hear it!” 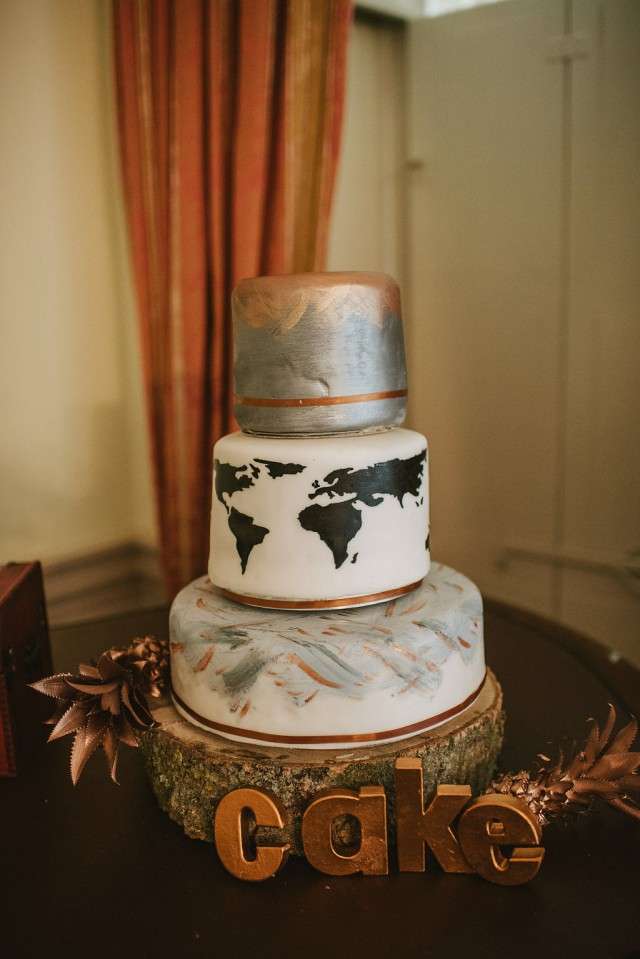 “I’m not the most confident person in the world so we changed the layout of the room so all the guests were in a small semi circle around us. It made it feel really intimate instead of a big room staring at us at the front. Our brothers did all the readings which were perfectly us, not overly romantic or soppy… although my brother did get a bit emotional as he read his!”

“We also had an unplugged ceremony. Before I came in we had the registrar ask people to kindly not take photos. For us, it wasn’t just because we didn’t want our professional photos to have load of phones and iPads instead of faces, but because the ceremony is really the only important part of the day and we wanted to be able to look around the room and see our family and best friends smiling at us. Everyone was completely present, in the moment, and it felt like they were really there with us, which is kind of the whole point right?” 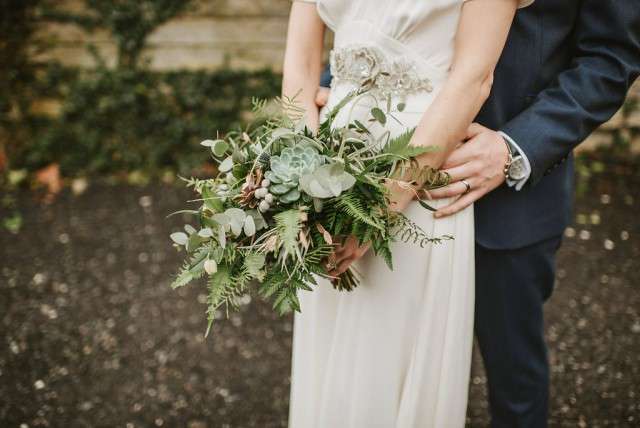 When it came to décor, Carly and Tom wanted to keep things pretty simple. They just picked things that they liked so that meant maps, globes, metallics and no flowers!

“As we travel a lot (and we met while travelling) there are maps and globes everywhere in our house, so it was obvious to us that they’s also make it into the wedding somehow. We had a giant map as our table plan (my only real bit of DIY and that was enough for me!), globes on the tables and our cake had a map of the earth on one tier. The favours were a bottle of our favourite beer from Laos and doubled up as place settings. My favourite colours are grey and copper so the dresses and décor were pretty easy to choose.” 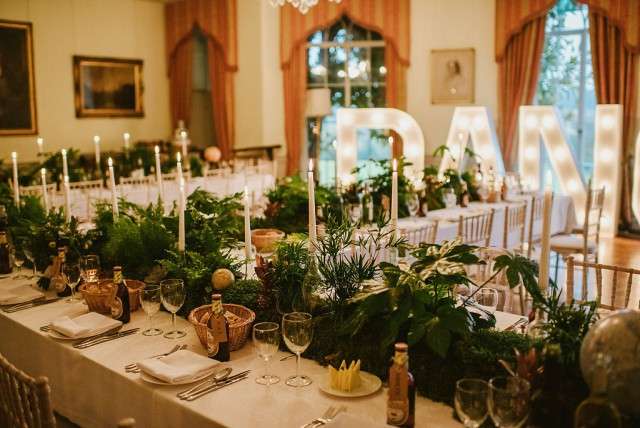 “One of the more unique things about our décor was the no-flowers rule! I don’t really like or care about cut flowers (plus they’re really expensive) so I was really stumped about what to do instead. We didn’t want the tables to be completely bare. However as soon as I met with our florist, Claire of Garden and Wild, and admitted this she actually got very excited and started talking about moss… and succulents… and metallic spray painted pineapples! I knew we’d found our girl. I LOVE how the table displays turned out. We decided to have long tables instead of round ones which looked so great and nearly everyone said to us much they loved how the tables (and bouquets) looked!” 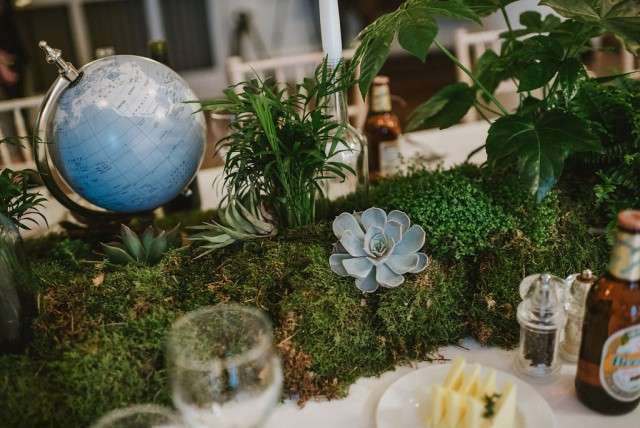 “When things go wrong, breathe, compose yourself and try and laugh it off”, Carly advises. “When someone accidentally poured a glass of red wine down the front of my dress I had five seconds of wanting to kill him, and a little cry, but I wasn’t going to let a ruined dress spoil my day. And it turns out prosecco is quite good at getting stains out, who knew?!” 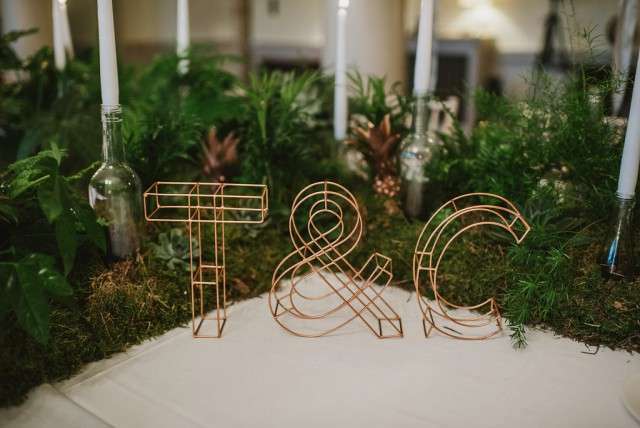 “I wouldn’t say I loved the planning, but knew that as long as we kept to what we wanted it would be worth it”, Carly concluded. “Tom and I were on the exact same page with what we wanted to do too. Admittedly he didn’t understand how essential giant light up ‘DANCE’ letters and big balloons were, but on the day finally admitted I was right!”

Awww congratulations Carly and Tom. It was such a pleasure to be involved in your wedding and I’m so thrilled to feature you on my blog! 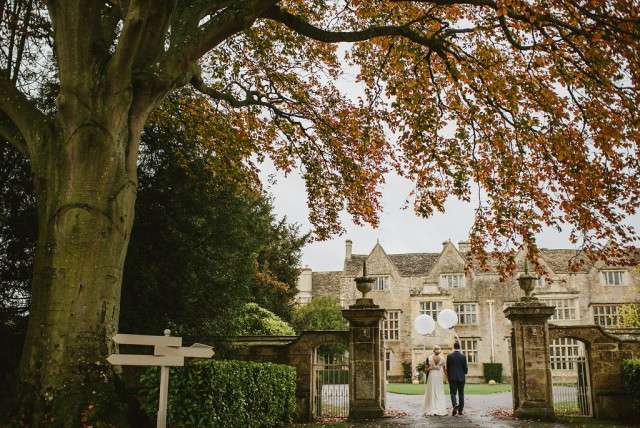 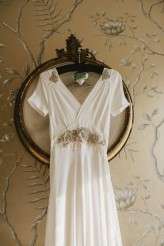 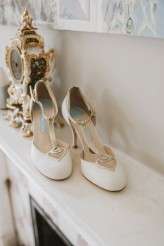 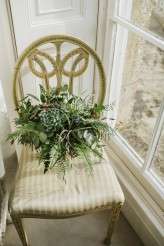 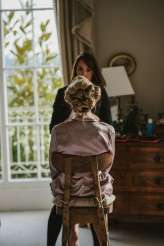 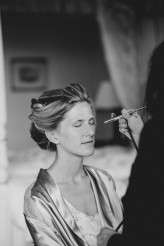 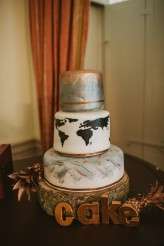 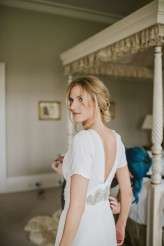 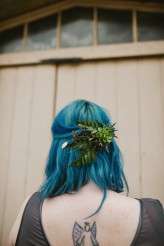 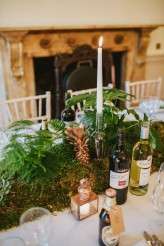 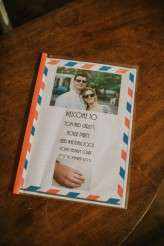