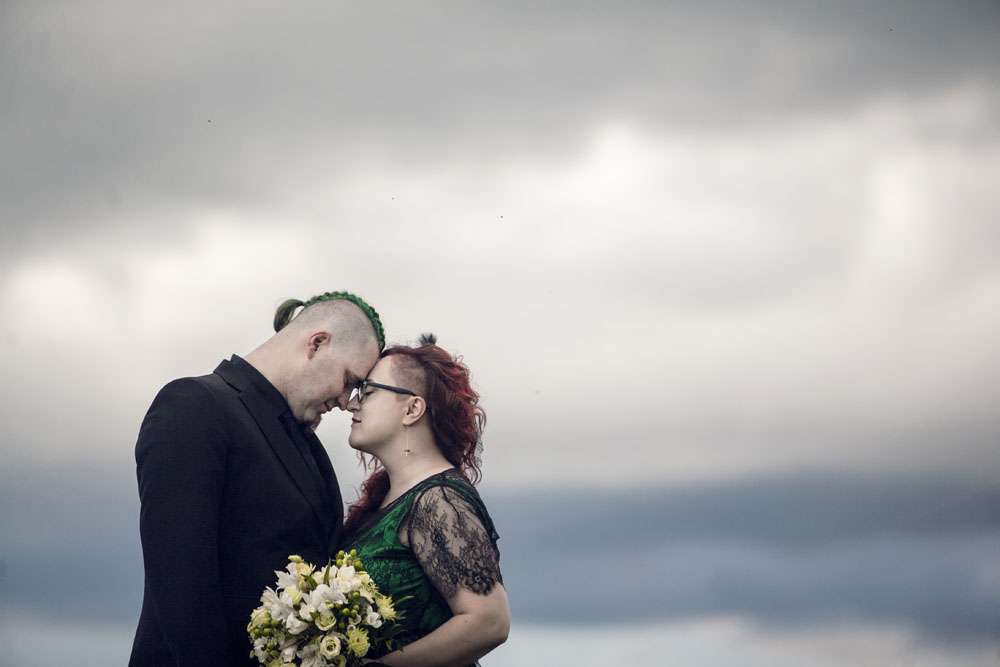 Anete and Anrijs were married in Latvia at the ruins of Zvardes Church. The styling of their wedding started with their favourite colours – black and green.

“After we picked our colours I found the amazing church ruins and instantly fell in love”, said Anete. “I knew right away that it was our place! I showed it to Anrijs and he agreed that there was no other option for the ceremony.” 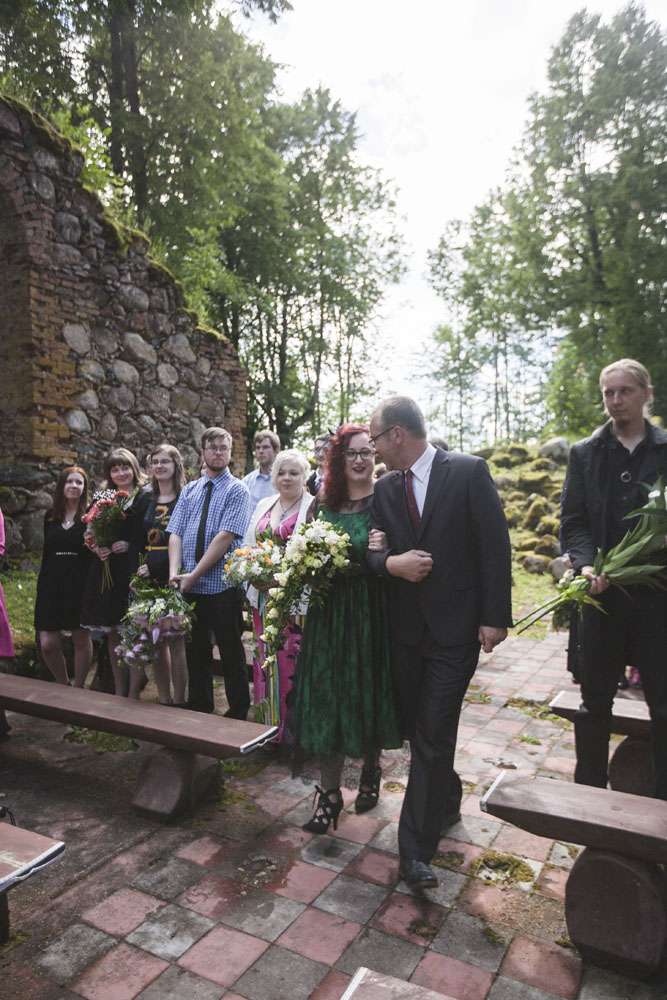 “I was inspired by other forest weddings and somehow Tolkien got involved too! Maybe because when other people saw those ruins, they instantly started to talk about elves, forest fairies, literature and stuff like that. In the end it all come together really well. We can’t imagine our day in any other way.”

“The ceremony was was beautiful and personal. I also really wanted that ‘movie moment’ when you see each other just when ceremony starts. I think that there is something a little magical about it. I was walked down the aisle by my godfather and when he took my hand and Can’t Help Falling in Love started playing it was everything I dreamed it would be. I started to cry and just couldn’t stop!” 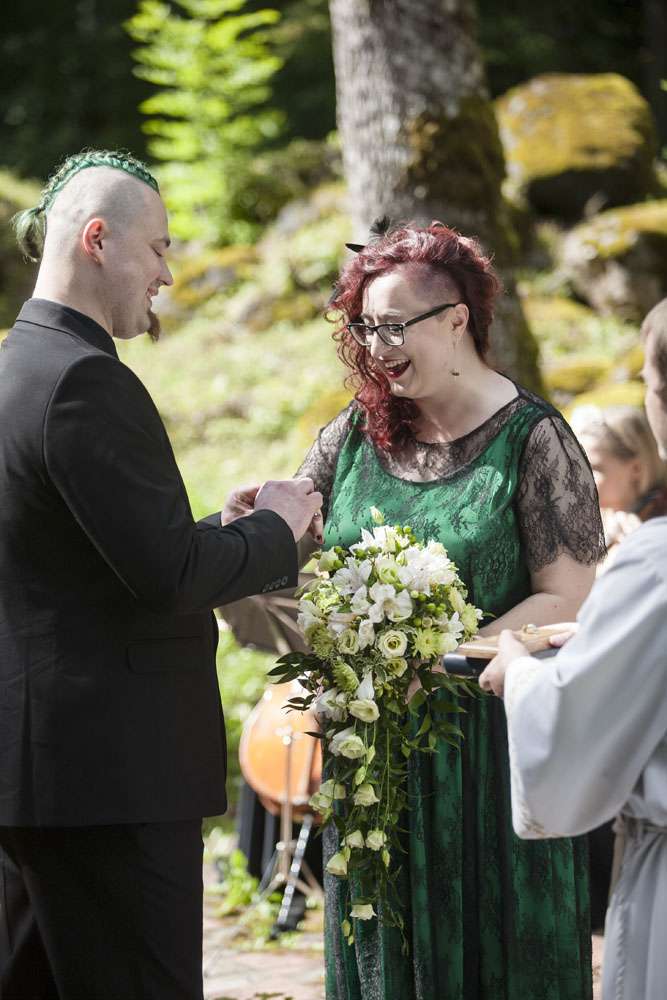 “We wanted to be ourselves in our wedding, to feel free and celebrate our day”, she continued, “and we also wanted our wedding to be surprising for our guests. We didn’t want lots of Latvian wedding traditions either. However I think one of the things, that I will remember forever is the rain. When I was driving to ceremony it started raining so hard that driver almost couldn’t see anything outside of the car. I nearly burst in tears, because I thought my dream ceremony would not happen. But somehow a miracle happened and not only did it stop raining as soon as I arrived, but the weather during the ceremony was perfect, really sunny and beautiful!” 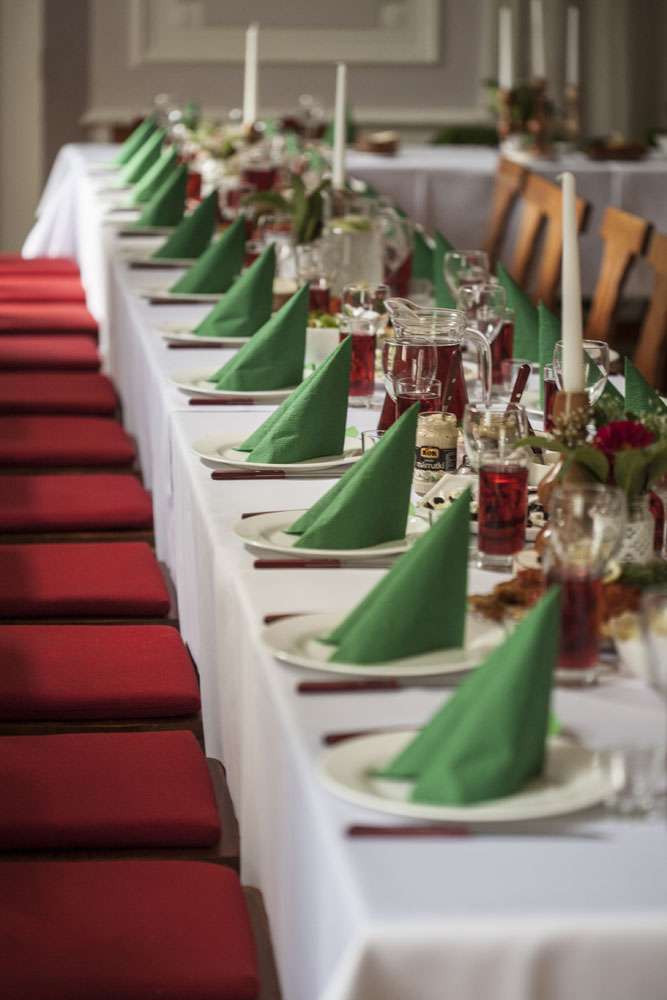 Their reception was held at Lielauces Manor. ” We did so much ourselves”, the bride said. “We did everything from the invitations to all the décor at the reception. The invitations were made to look like scrolls, with black lace ribbon and black feathers. The text inside was inspired by Tolkien books. Our favours were hand-painted wooden magnets, in little boxes with moss.” 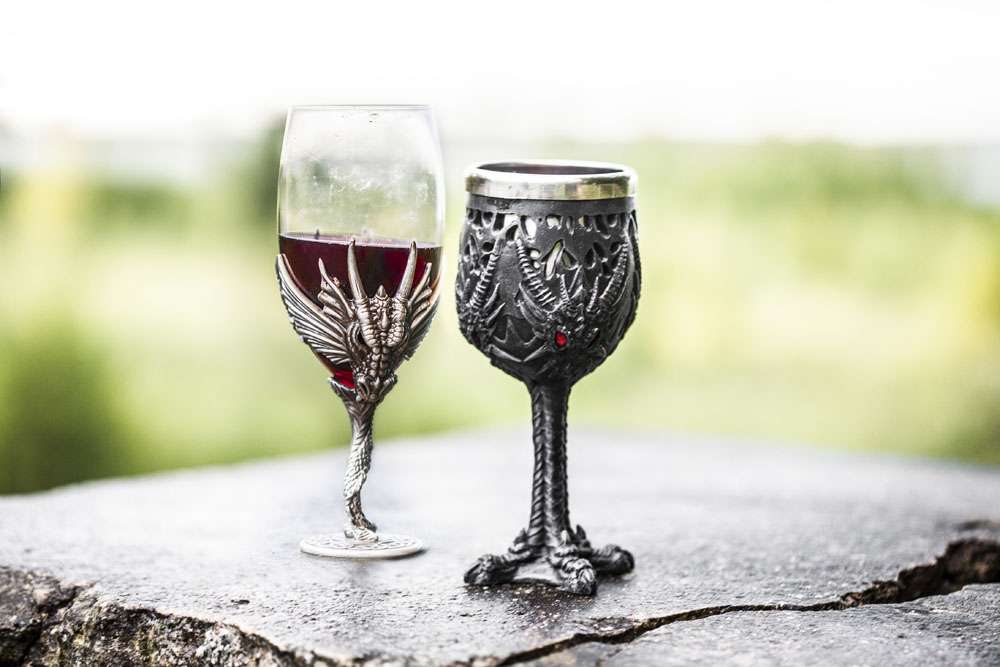 “I loved everything about our wedding, the day was so amazing”, Anete concluded. “One of my favourite moments was our first dance and also the fire dancers at midnight!” 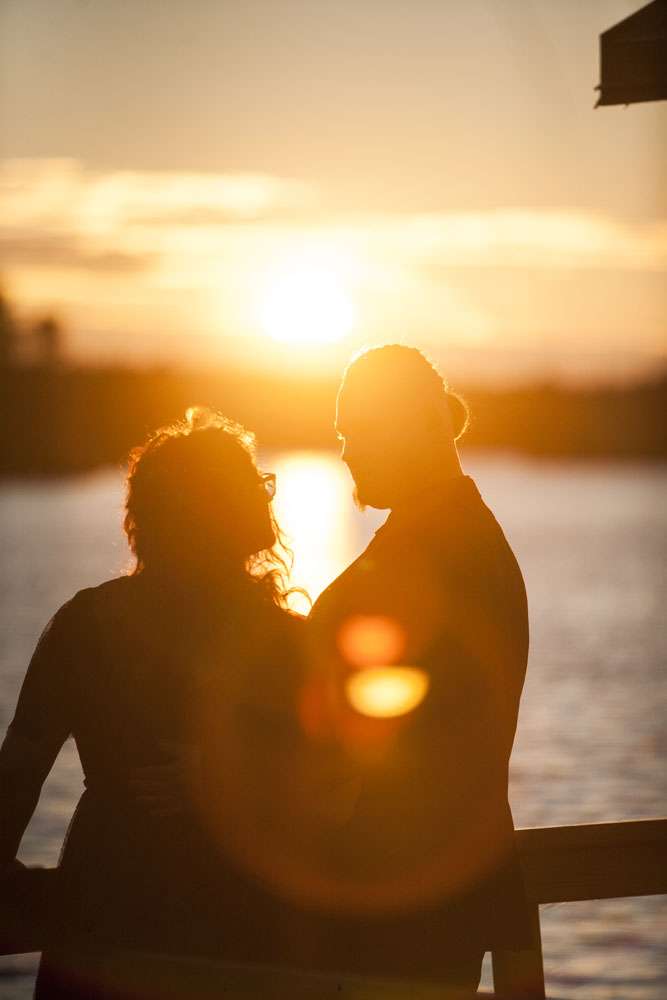 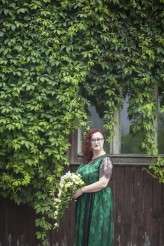 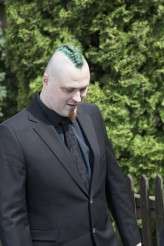 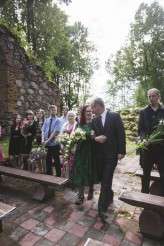 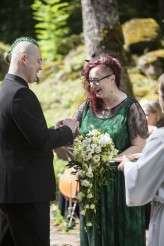 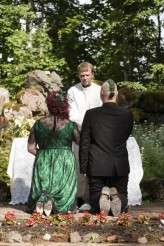 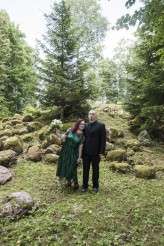 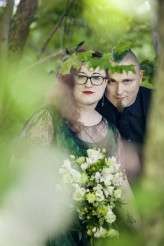 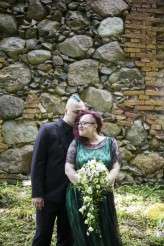 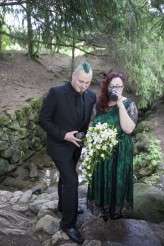 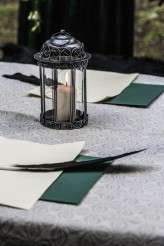 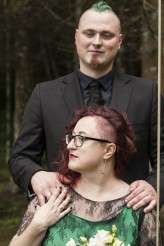 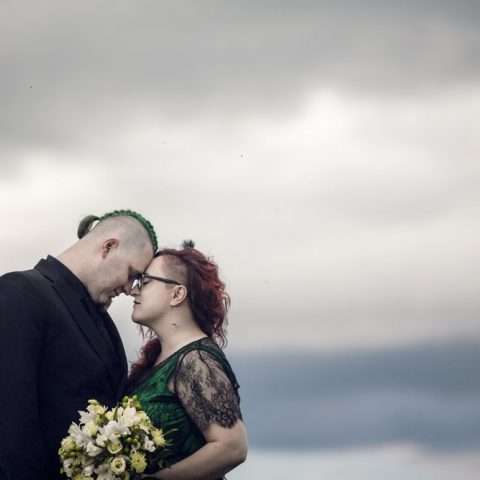 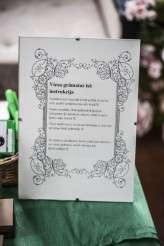 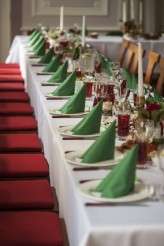 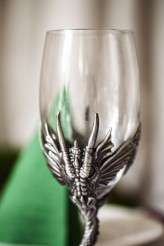 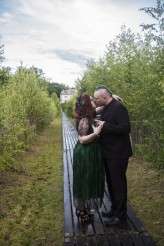 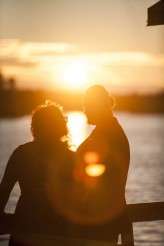 Nick & Barbara's Pennsylvania wedding took place in August. "We started out telling people it was 'classy nerd picnic', began the bride. "But I think it ended up having a lightly late 40s, early 50s DIY aesthetic in bright colors with robots, Lego and family references everywhere. I can remember trying to explain this to our day-of planners for the first time and the poor man told me I needed to go and figure out what I wanted. But this was what we wanted! I like things where the theme isn't neatly tied up in a bow, and I think when everything was put together it radiated joy and silliness." "We met in marching band in high school. We really rocked that trumpet section, and by 'rocked', I mean we didn't pay attention and mostly made fun of each other", she continued "I awkwardly asked Nick to a dance, Nick awkwardly asked me to be his girlfriend almost a year later, and nine years after that we got married. If our wedding is a testament to anything, it is to how many jokes you can accrue in ten years and to how much we were already a part of each other's families."