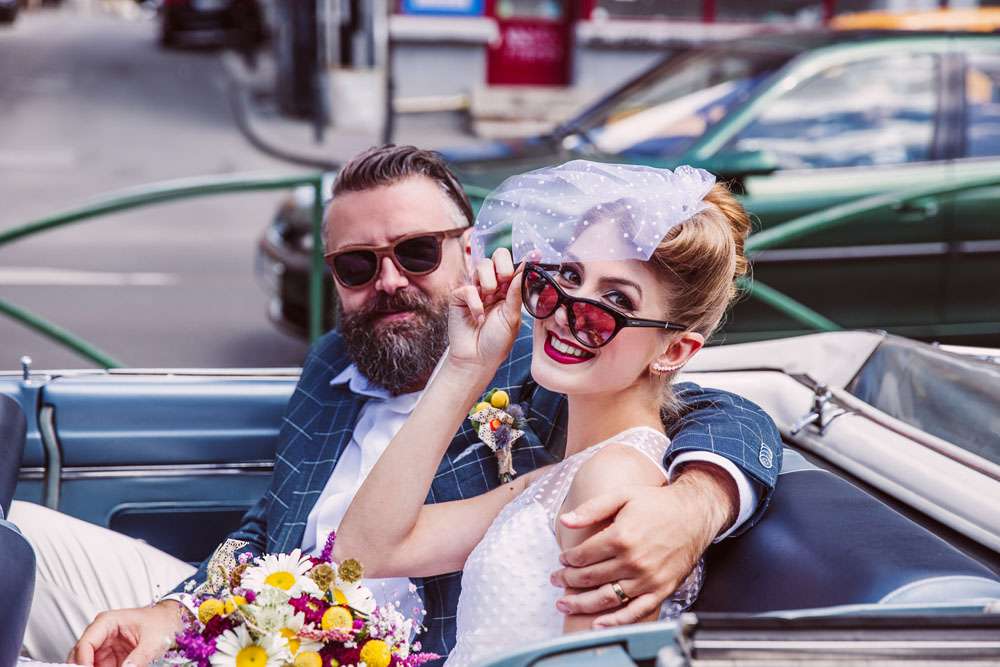 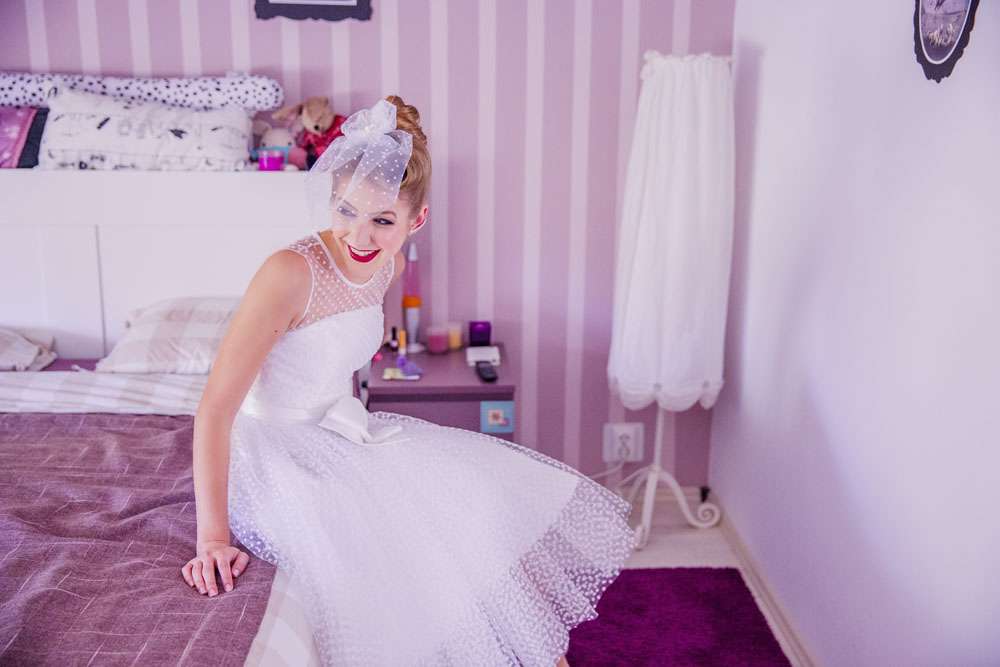 “Our wedding was a fairytale”, began the bride. “Inspiration came naturally because we focused on our love for colours, music and vintage elements. We got a lot of help from Rock n Roll Bride too! Our ceremony was at Bucur Church, the oldest (and in our opinion most beautiful) church in Bucharest. It was a classic Orthodox religious ceremony in the smallest church one could ever imagine.” 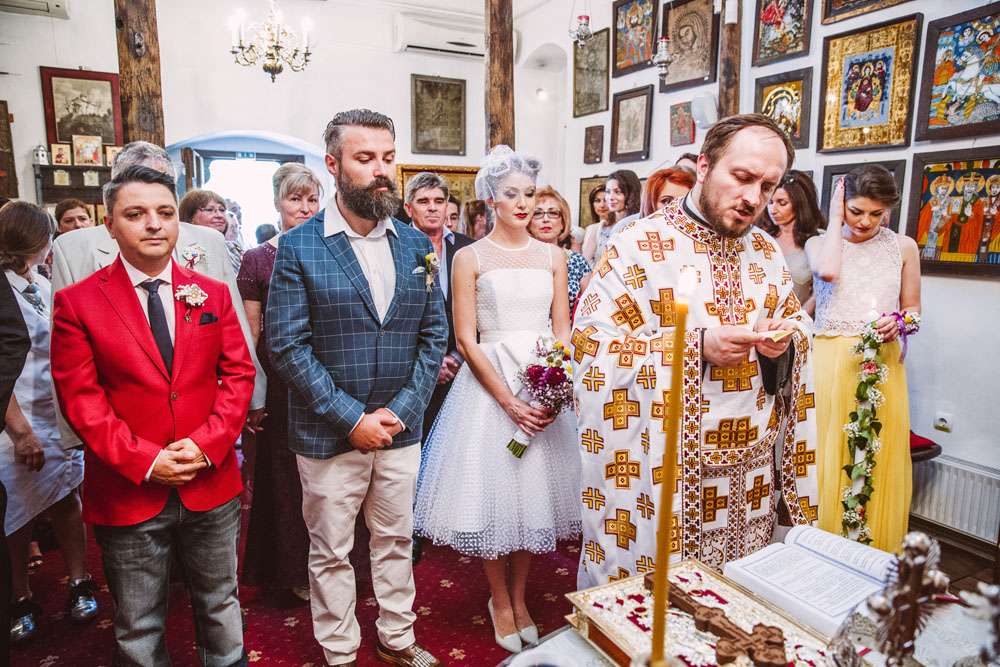 “Our reception was held completely outdoors. We wanted the atmosphere to be very romantic and intimate so the only light source came from some light strings. Our reception venue was a bar and we dressed it with simple yet tasteful decorations, some of which we made ourselves. I made 200 origami windmills which we put in the centrepieces and bouquets. We really just wanted our guests to enjoy our wedding and for them to have never seen anything like it.” 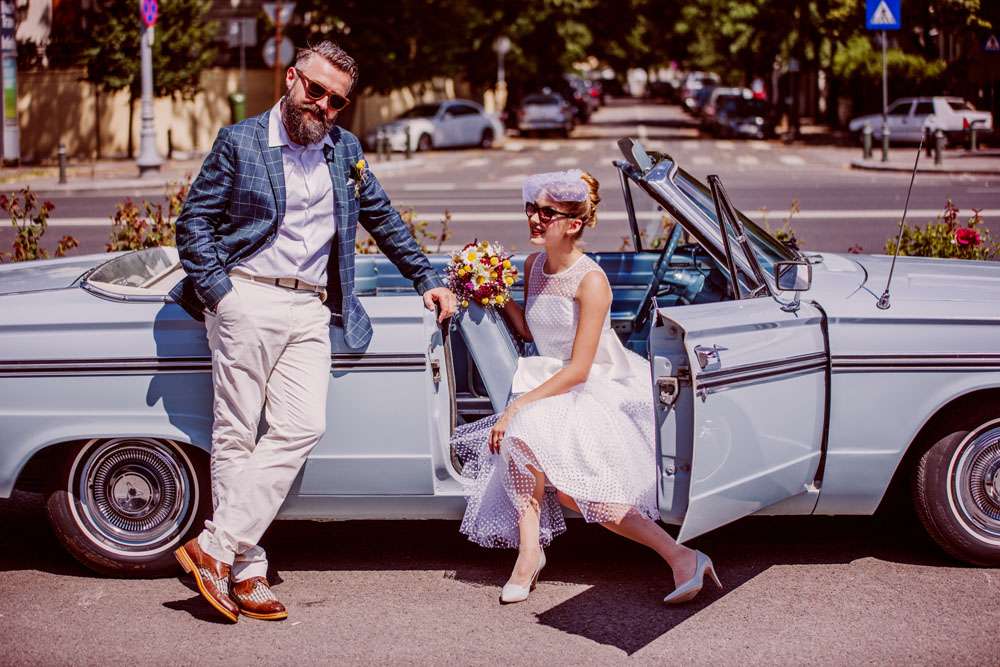 “We wanted the day to feel like one big party, and we ended up having way more people show up than we expected”, Anca remembered. “Initially we thought we’d have around 150, but on the day 200 arrived! Instead of stressing out about it, I kicked off my shoes and set about placing extra menus and place cards with my maid of honour – luckily we’d made some extras! In the end we were very grateful for the extra guests that showed up, because of them the party was a massive hit! The police even showed up at 1am and asked us to keep the noise down – now that’s Rock n Roll!” 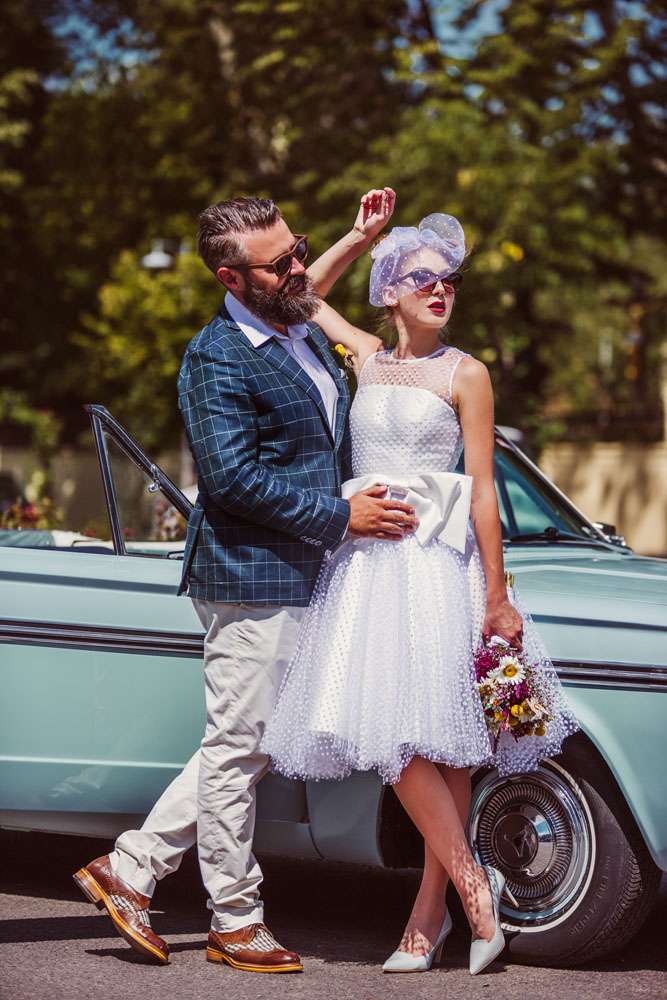 “The best bit of the day has to be our first dance, which was to George Ezra’s Listen to the Man. We hadn’t practiced so danced it then and there for the first time ever. People did not believe that it hadn’t been rehearsed! Another moment we both loved was doing shots at 5am with the last few guests standing as the staff was cleaning up and the sun was about to rise.” 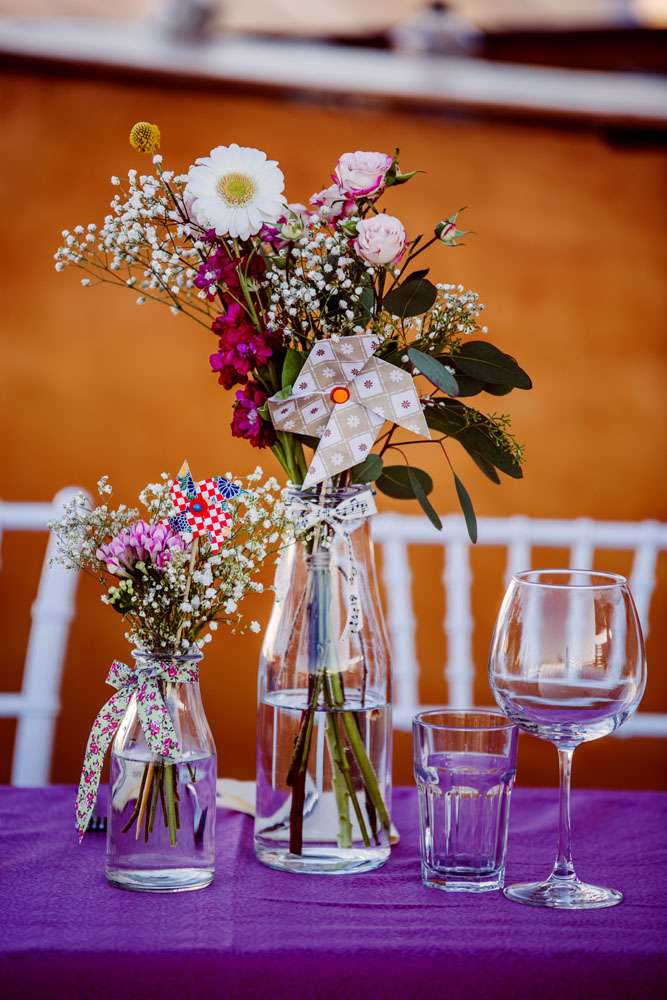 “The best thing about our wedding was doing everything our own way”, concluded the bride. “There were some very stressful moments, but thankfully we had each other so we didn’t turn into a bride and groomzilla!” 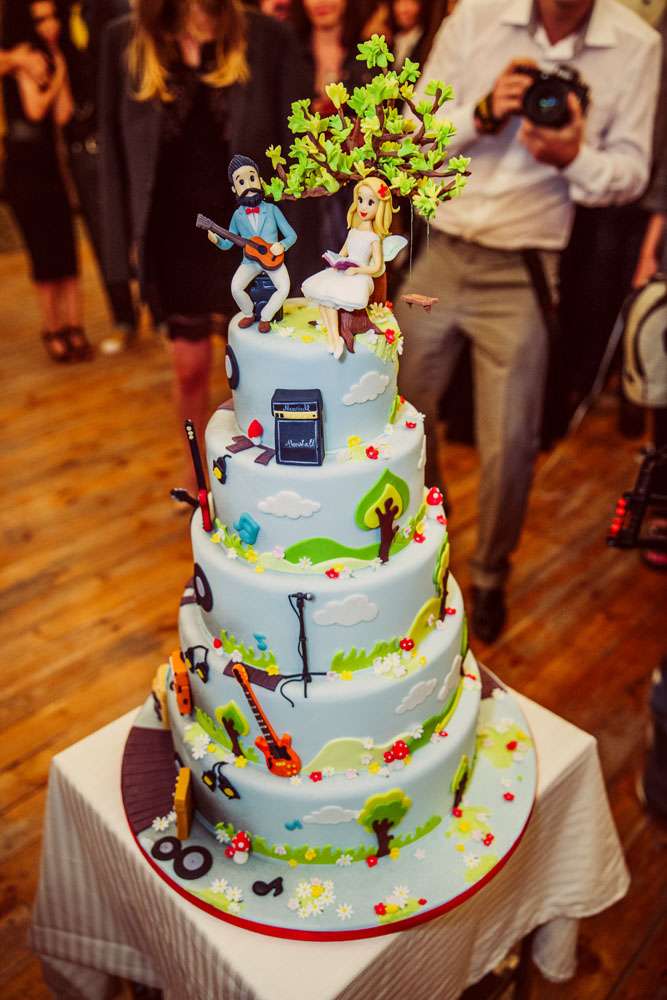 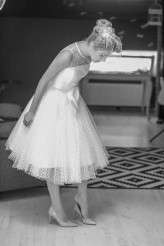 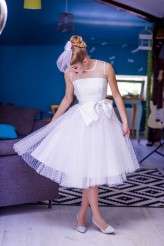 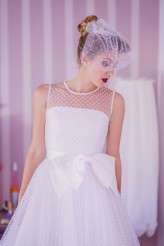 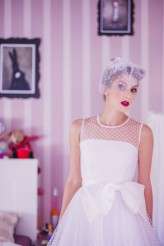 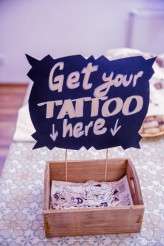 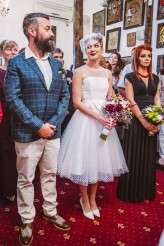 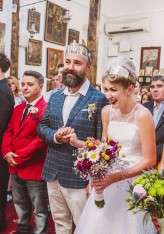 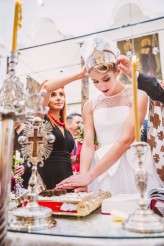 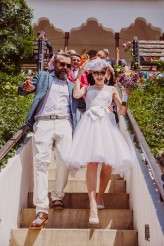 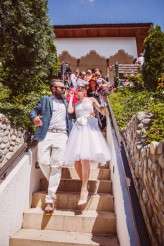 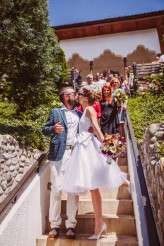 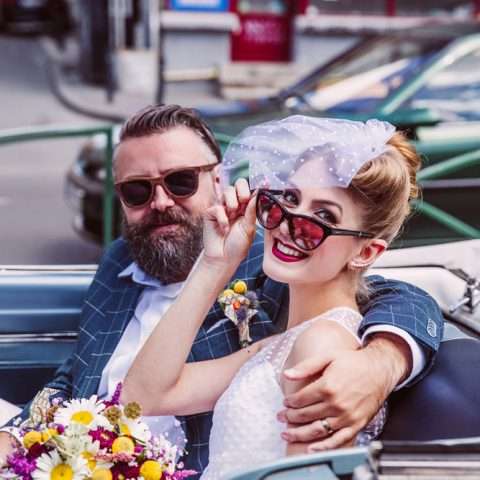 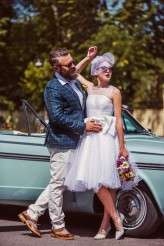 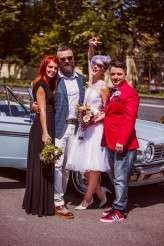 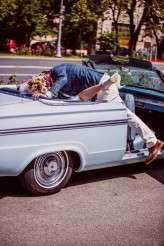 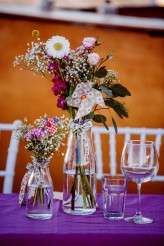 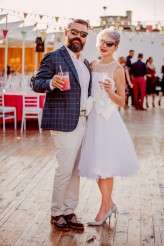 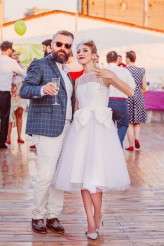 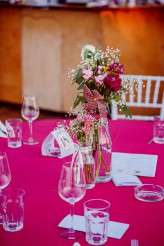 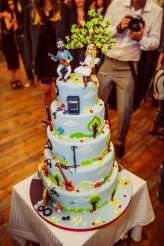 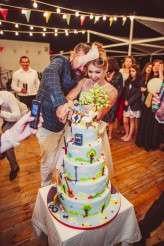