Risa and Mike had a colourful, silly, dance party wedding on a summer night in New York City. They flew British photographers Emma and Pete from Emma Case Photography over to shoot it. The day started with a ‘first look’ in Central Park and the ceremony and reception at The Foundry in Long Island. 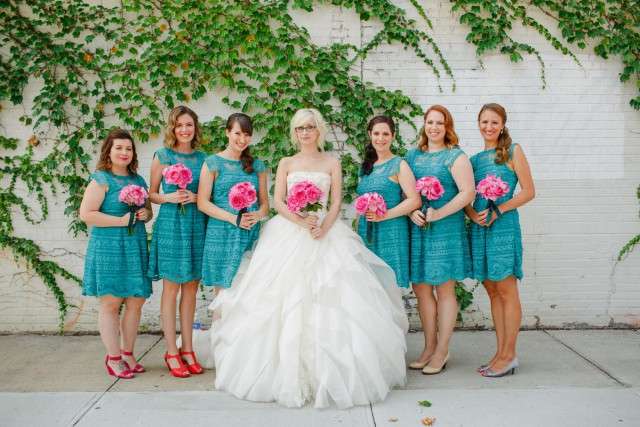 “There was so specific theme and definitely no rules at our wedding”, Risa wrote. “We just focused on colours and dancing. We wanted a fun little mini circus. We didn’t want to have too many ‘things’ but we wanted it to feel like us. We did not want standard meals, we had no formal seating, and we didn’t have a great deal of décor, but we had a whole lot of spirit.” 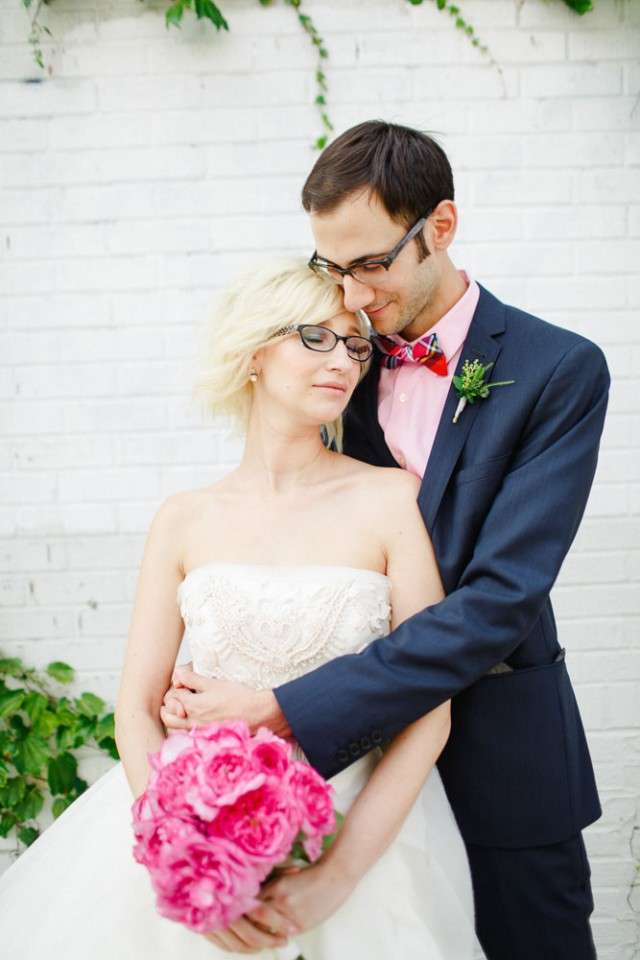 “I don’t have a crafty bone in my body. Our venue was a blank canvas space and while we had to provide the entire set up, we felt the venue just spoke for itself with its mix of exposed brick, iron and ivy. We added candles, flowers and string lights, and had our wonderful coordinator create the colourful ceremony backdrop. What we did have was a surprise punk rock marching band, and the night ended with a glow stick dance party!” 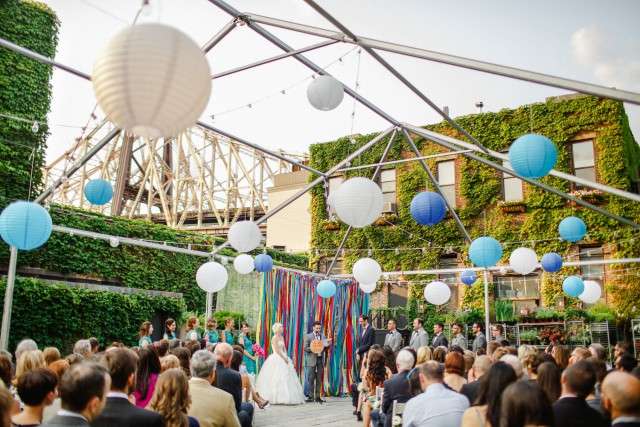 “Emma and Pete from Emma Case Photography were a huge part of our wedding day”, she continued. “I fell in love with their work on Rock n Roll Bride, before Mike and I even got together. It was just a simple admiration and never did it cross my mind that we’d ever actually meet. But when we were ready to discuss our wedding, I finally revealed what I’d been holding in for a few months – that I was a New Yorker with an intense desire to have these Brits photograph our day.” 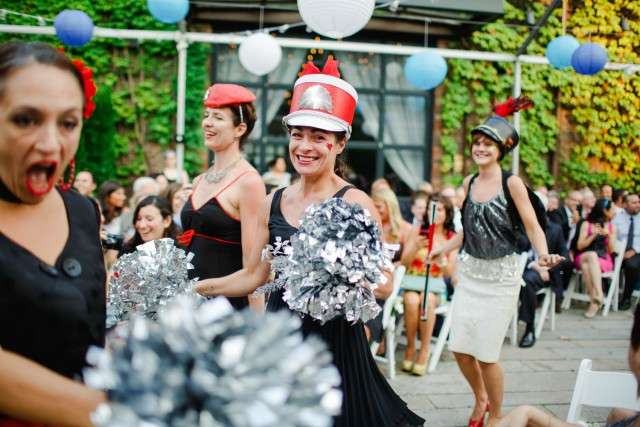 “Mike and I both quickly agreed that we should reach out to them and see if they’d be available and told them we’d literally choose the date around their schedule (we did). Whenever I’d feel some wedding stress in the months of planning, the most calming thought I had (along with becoming Mike’s wife) was that these heroes of mine would be there, for US. All of our friends and family were in love with them immediately. We are truly honored to have had them play such a huge, intimate part of the biggest party of our lives. We love their sense of storytelling, the way they capture colours, dancing, joy, and beautiful candid moments. They cried and got sweaty dancing and laughed and everything you could dream of. There is true artistry and poetry in all of their shots. They nailed it all. We are so lucky. There are not enough words to ever do them justice.” 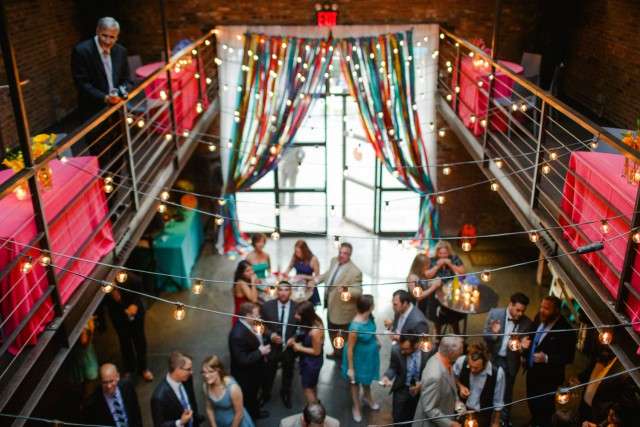 “The best moment of the day was having a surprise marching band wrap up the ceremony. The only people who knew this would happen were those in the wedding party. We were pronounced husband and wife, we kissed, and perfectly on cue, The Hungry March Band made their way down the aisle, circled the bridal party, and made their way back down the aisle with Mike and I following them. The look on everyone’s faces was priceless. I know I chose the right man to marry when both of us separately had the idea for a marching band right after we were engaged!” 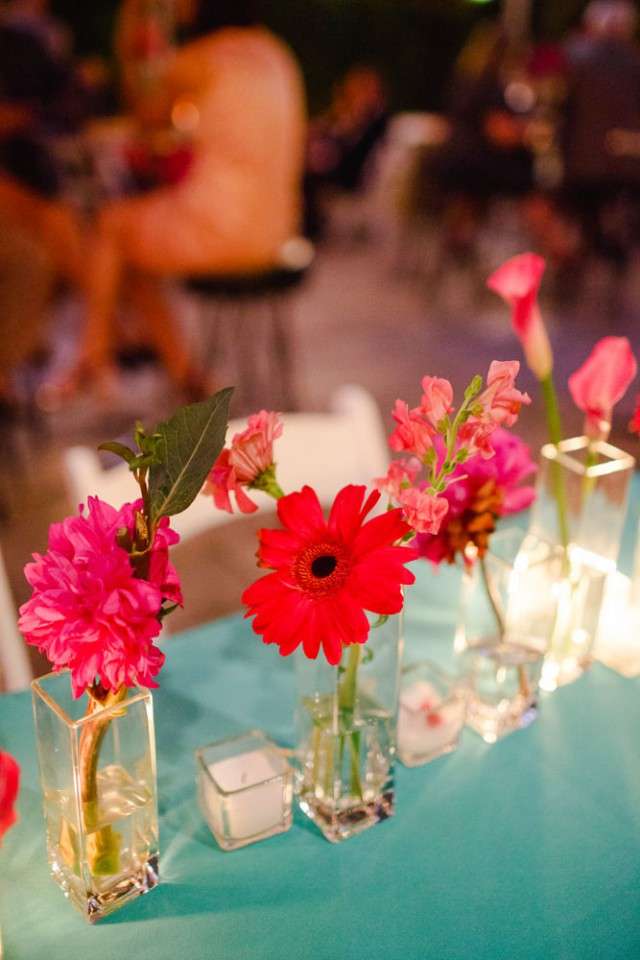 “The best takeaway from being a Rock n Roll Bride fan is the encouragement to tailor each individual detail to reflect you as a couple”, Risa concluded. “Everyone says the day goes by in a flash, but honestly, it was the longest day ever and I was pretty tired at the end of it! As the last of the guests were leaving and we were rounding up our belongings, I just wanted to lay down on the floor. So I did. But it was the comfiest floor ever because I was laying on my poofy Vera Wang dress!” 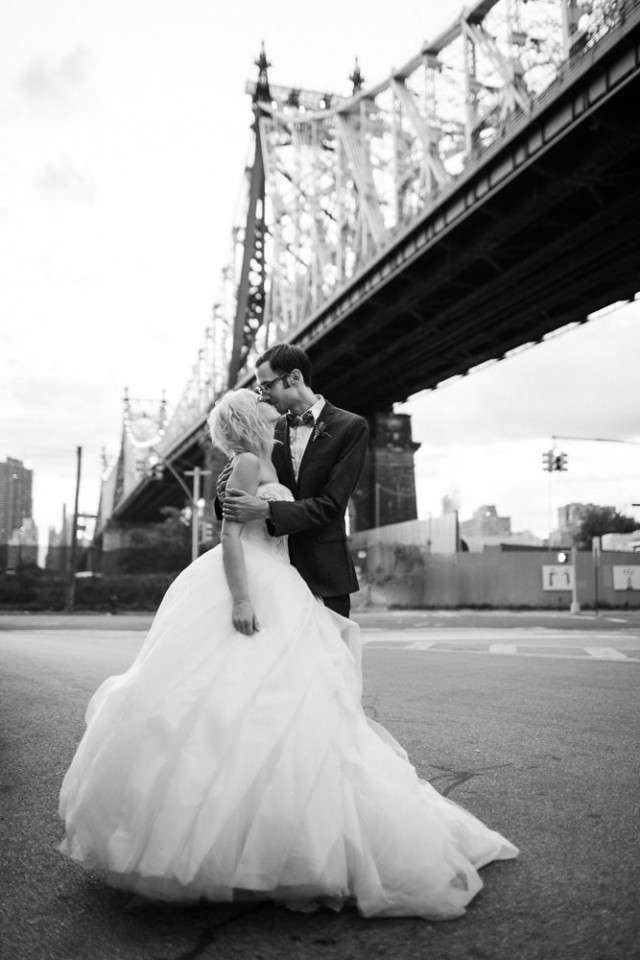 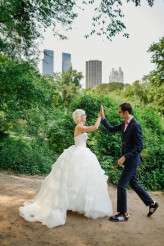 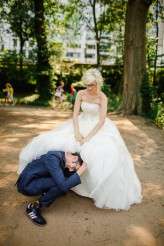 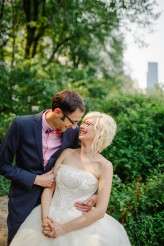 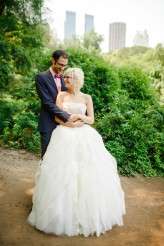 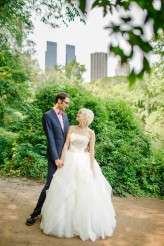 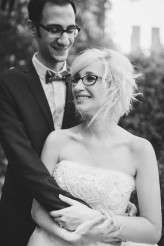 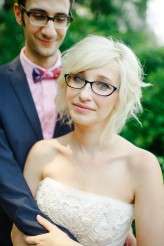 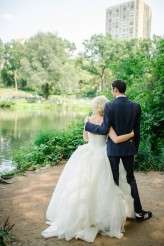 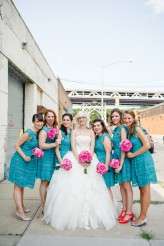 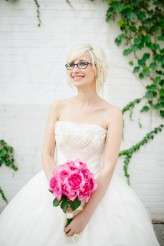 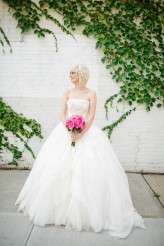 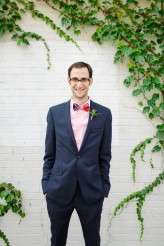 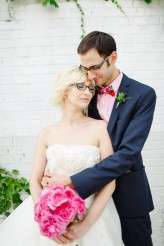 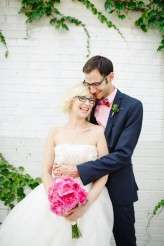 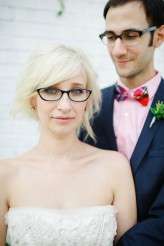 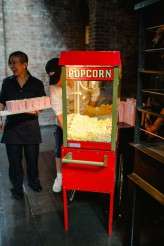 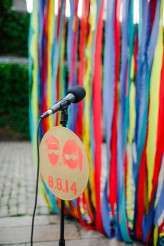 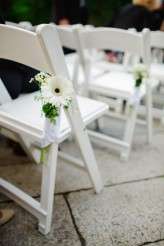 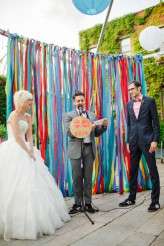 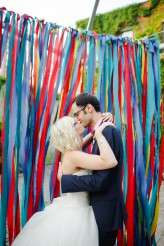 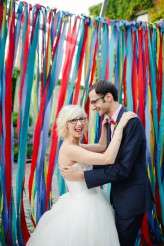 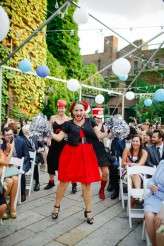