Rebecca and Stephan were married on the bride’s uncle’s farm. They hired a yurt which meant they had a complete blank canvas and could have exactly what they wanted. “When we started to plan our wedding we both wanted an outdoor vibe”, the bride said. “My uncle’s farm which overlooks the River Severn seemed perfect.” 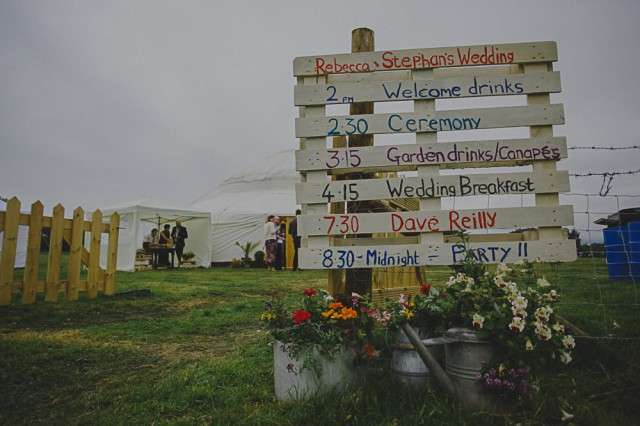 “We have both travelled a lot and so there were a lot of influences that came though in our choices, such as the Mongolian yurt, Mexican bunting and lots and lots of colour. We wanted a relaxed laid back day full of fun and nothing too formal or stiff. We also wanted to use lots of local suppliers and sourced most things locally and most through friends.” 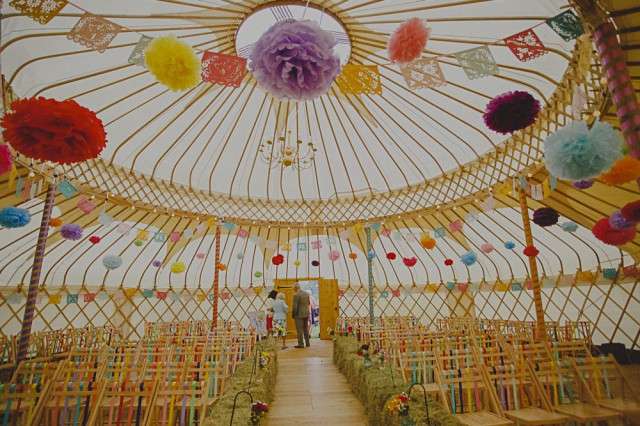 The bride’s dress, unbelievably, came from Debehams! She wore it with Irregular Choice shoes and a flower crown made by the florist. “Our wedding was colourful and fun”, she continued. “We did a lot of DIY like all the herbs on the tables and the flowers in the jam jars lining the aisles. My dad grew them! He also made the boxes for the herbs to go in, all of the signs for the wedding and the archway under which we got married.” 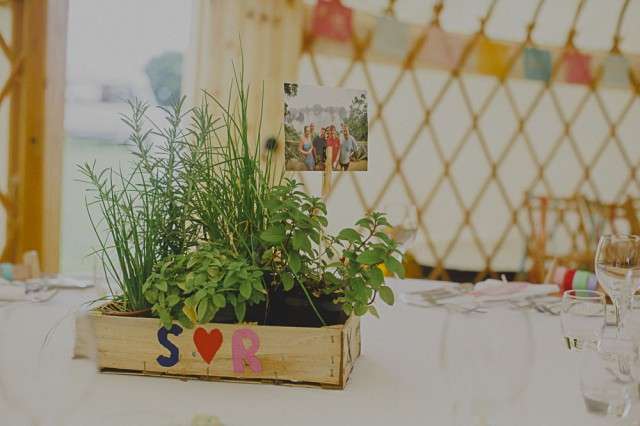 “The confetti holders were made from an old atlas and the seating plan was homemade. Chocolate truffles were prepared by Stephan’s mum Anne, and the outside tables and seating we made ourselves from old crates and cable reels. The biggest costs were the yurt hire and the food however we saved loads on flowers by mostly doing them ourselves. We just had a florist do the bouquets, flower crowns and button holes.” 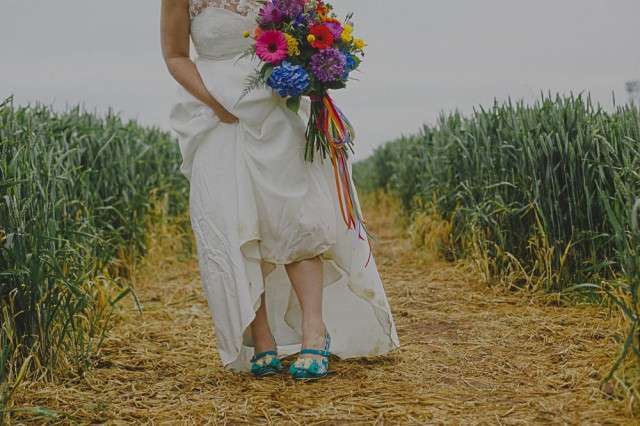 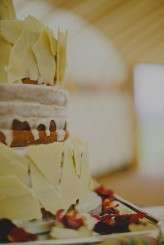 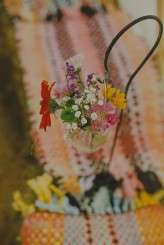