“The inspiration for our wedding was colourful, fun, summer garden party, relaxed atmosphere, not too formal!” began Vicky. “I am a florist and I love colour and love working with the bold bright colours of flowers. Ben is a design engineer, so both being quite creative people we knew we wanted to style the wedding and make lots for it ourselves. We are silly people so wanted the day to be fun and keep our guests laughing at all times! Ben also likes to entertain, he is a juggler and dabbles in a bit of magic so that was an influence too, mainly in our stationery and our wedding cake which was chocolate brownies decorated like playing cards!” 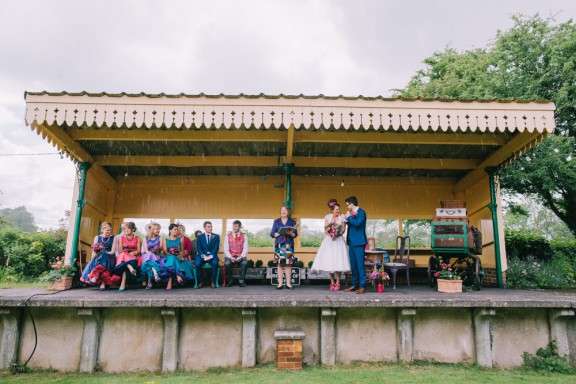 “Our venue was quite unique, an old Victorian Railway station”, she continued. “We fell in love with it as it was so different and Val, the owner, kept the gardens looking beautiful! The different areas of the venue made it interesting for guests to explore. We wanted our wedding to feel like a summer garden party with lots going on. We told all our guests to dress colourful and there were some great outfits and load shirts on the day.” 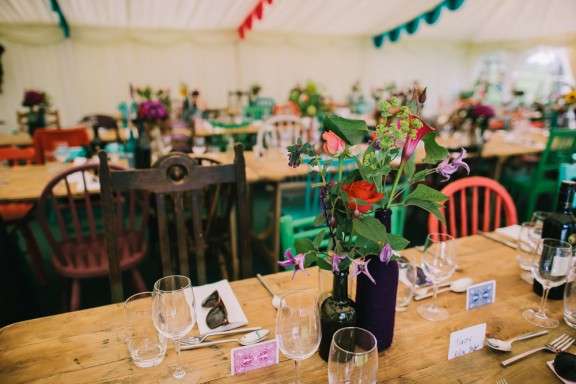 Vicky DIYed all the paper goods, the furniture and all the reception décor. She wanted to make or collect everything in their wedding herself so it was really unique. “When looking at furniture suppliers I was really uninspired by the dull chairs available to hire”, she said. “Chatting with a friend who was getting married a month before me, she felt the same so, crazy as it might have been, we decided to collect our own chairs for our weddings! Over four months leading up to our weddings we collected, upcyled and upholstered 120+ wooden chairs! I also wanted wooden trestle tables so sourced them too, as well as a few other items. We now hired them out to other couples looking for something a bit different.” 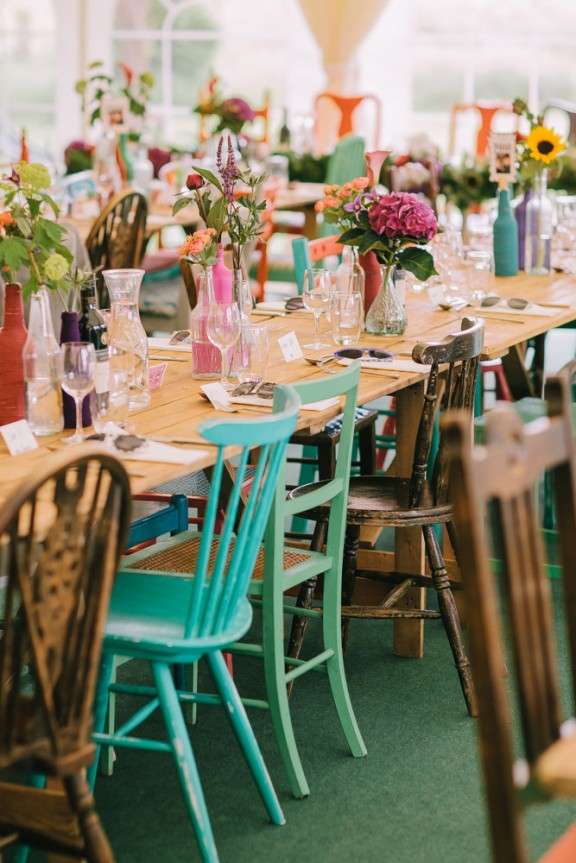 “One of my favourite parts of the day was the ceremony”, she explained. “It was so personal and meaningful. It made people laugh and it was even soppy at times! Each of our parents were involved in it too, our Mums tied us together in the hand fasting, My stepdad and Ben’s Dad did a reading and we had a part in our ceremony where we put a bottle of port in a box to drink for our 25th anniversary! Our Dog Digby was able to be there  too which meant a lot to us.” 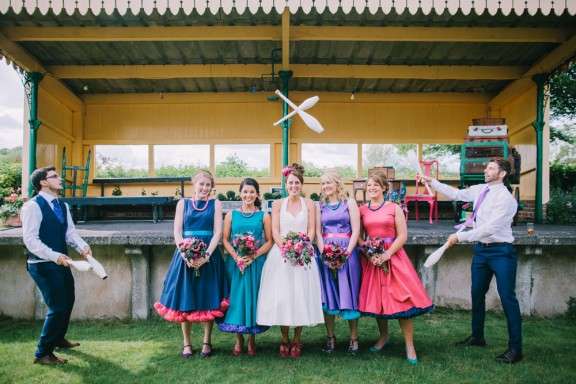 “Our first dance was to the Swing Ninjas on the grass by the platform was pretty special. We also held a dad dancing competition in the evening. I never laughed so much, and it was hilarious to watch, Uncle Pat was the deserved winner despite the Father of the bride trying to bribe the judge and Father of the groom whipping out the backwards man and break dancing! It was so funny!”

“My advice to other brides and grooms would be to start DIY early!” Vicky concluded. “We had three years to plan but didn’t start all the DIY aspects until about six months before, and that was a stressful six months! Delegate too. I am not very good at delegating and wish I had done more to take the pressure off us.” 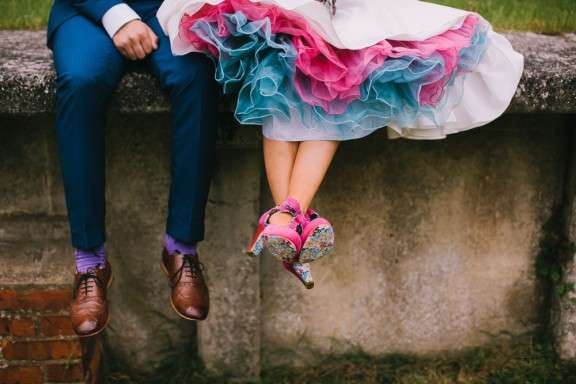 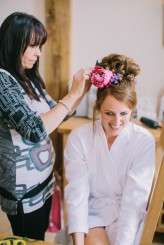 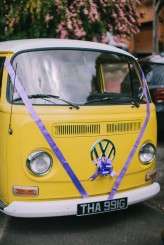 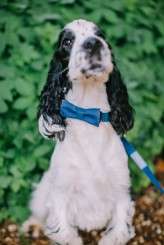 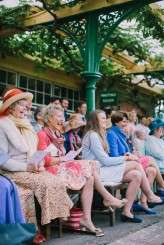 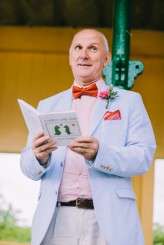 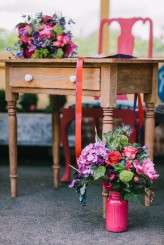 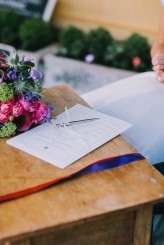 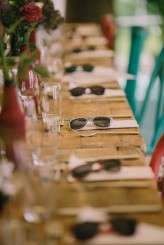 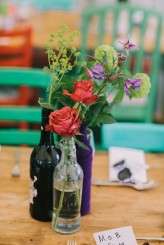 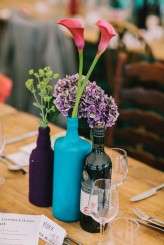 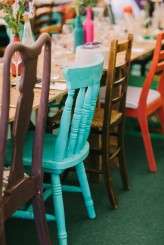 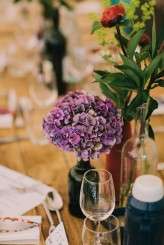 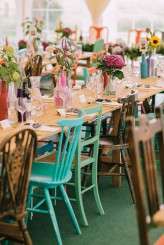