Logan and Hope were married at the Wharfinger Building, on the harbour of Eureka, California. They didn’t want a cheesy theme, they just wanted to include things they love. The result was this amazing leopard print and motorbike mash up!

“When we first started planning our wedding, I knew there were quite a few things we weren’t overly fond of”, the bride said. “My vision of a wedding has always had one plan: a party. We always joked that we would throw a giant fancy party and get married at the beginning of it… And that’s exactly what we did!” 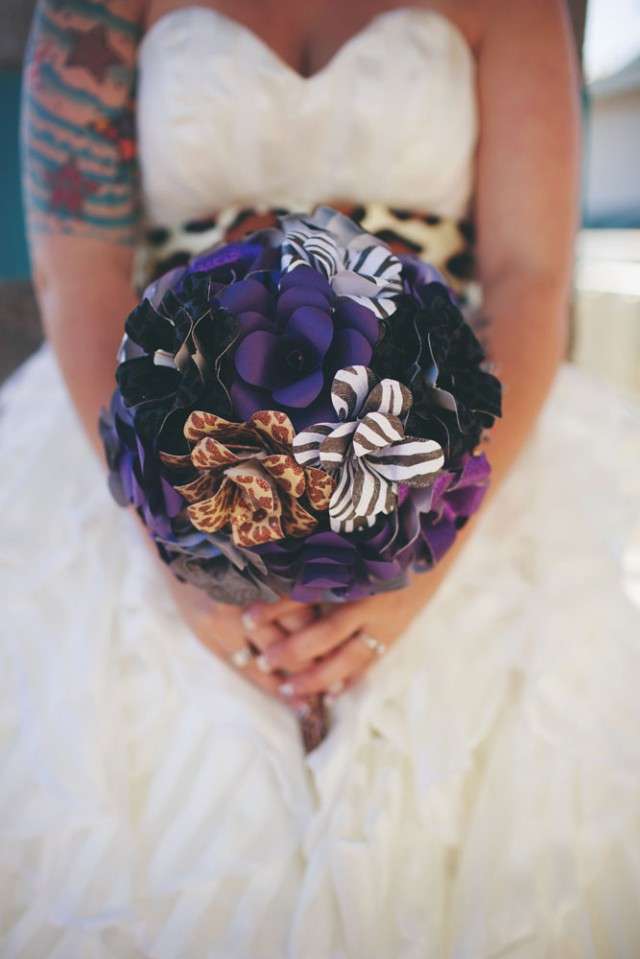 “I took each detail of a ‘normal’ wedding and twisted it to satisfy what Logan and I wanted. We didn’t like any of the vows or ceremonies we read and since Logan’s dad was becoming ordained specifically to marry us, we worked with him to write our own, non-secular vows. I searched, and read and researched so many different vows and ceremonies and we wanted to be silly and personalised.” 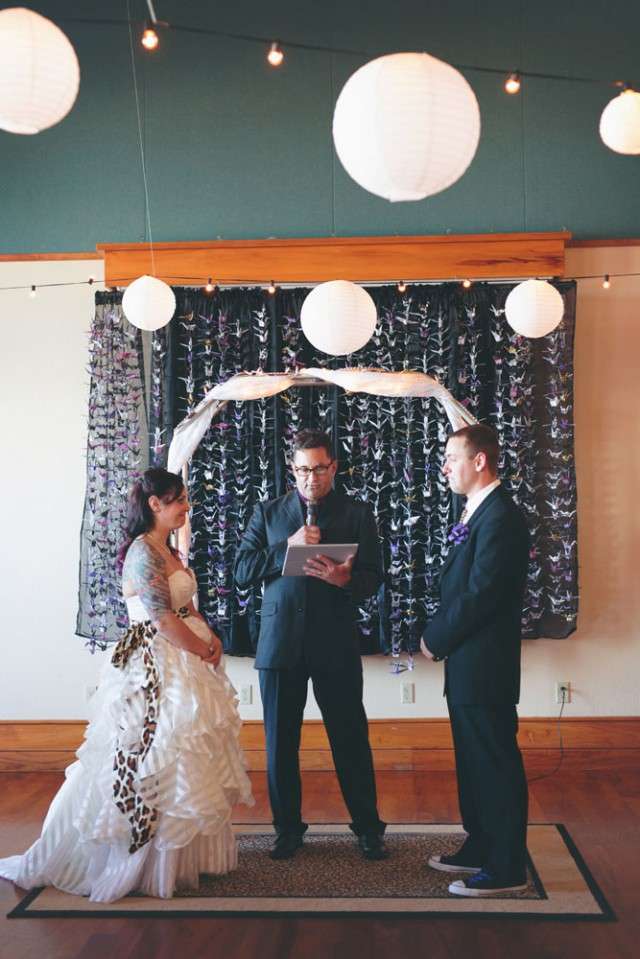 “We also wanted a unity ceremony. Everyone does a candle or sand… I read somewhere about a cocktail ceremony but I Googled and only found a couple plans for it and most of them included wine… Well, Logan and I are gin and tonic drinkers so we decided, we would have a gin and tonic unity ceremony!! The colours are both clear so once mixed together you cannot tell each ingredient apart. We only told our wedding planner and Logan’s dad our plan for this ceremony because we wanted to keep it a surprise for everyone. However, as we didn’t have the bottles labelled we ended up mixing a REALLY strong drink, it was pretty funny!” 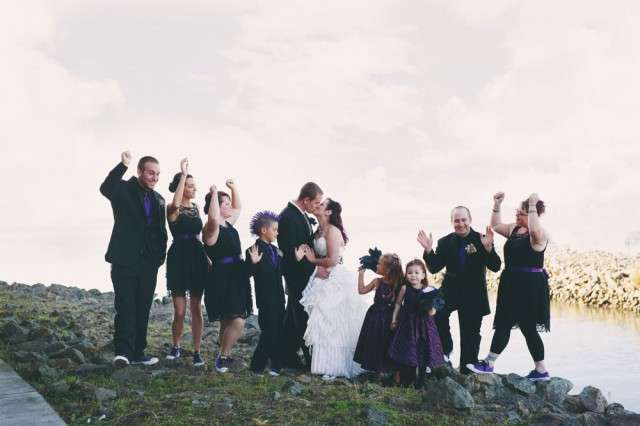 “I would describe our wedding theme as ‘us’,” she continued. “We wanted to include things that reflected us and our usual style. So we had leopard print, DIY and motorcycles!”

One of the bride’s favourite elements was the paper flowers, which she made herself. “I made my bouquet, the bridesmaids giant paper flowers, the boys’ boutonnieres, and giant, free standing flowers that decorated the room”, she explained. “My mom called them my Lorax flowers, which is a great description of them. They really added some colour and pattern to the reception.” 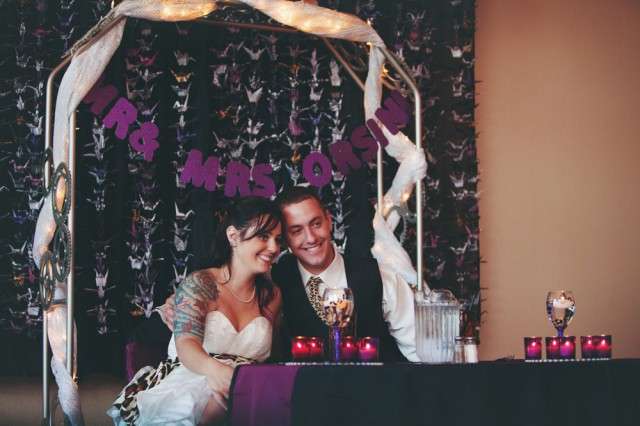 The motorcycle references started with with their cake topper, but they also made a lot of the items at the reception from motorcycle parts too! “The centrepieces were made from used sprockets that were going to get recycled as scrap metal. I spray painted them with glittery silver. Instead of renting an arch, Logan and my dad built ours using metal pipes and salvaged sprockets!” 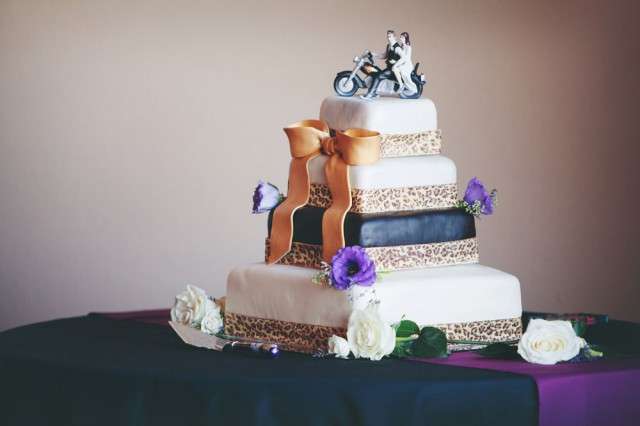 “However my favourite part of the entire evening was sitting up at the sweetheart table with my brand new husband, looking out over the crowd of all of the guests”, Hope concluded. “They were all laughing, drinking, and enjoying each other. They were also all dressed to match our wedding too. Most guests wore black or purple, and a handful of them even threw in leopard print accents. Our original plan of pulling off a giant party that happened to kick off with a wedding really happened!” 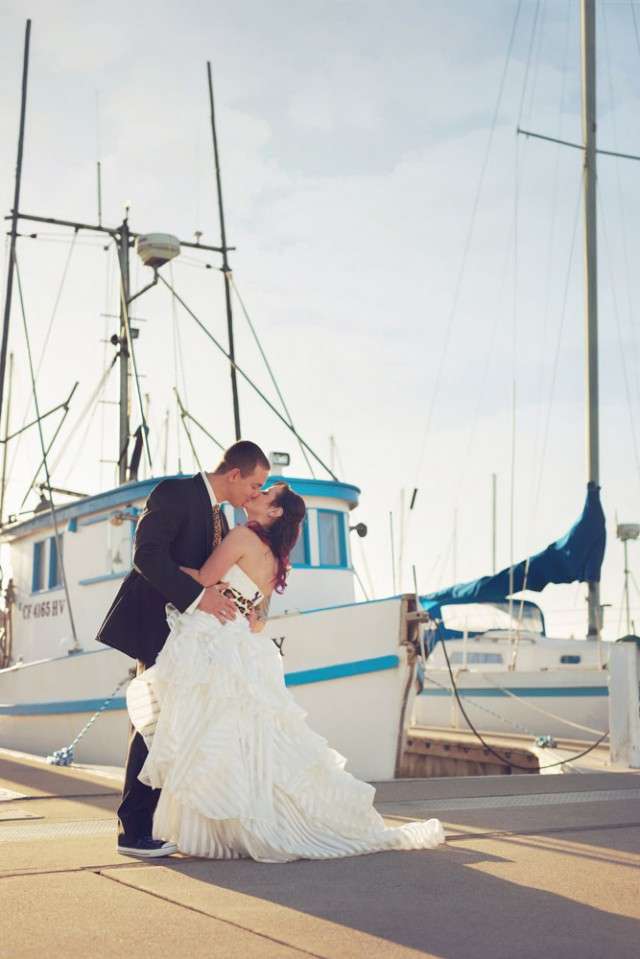 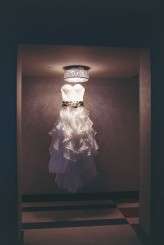 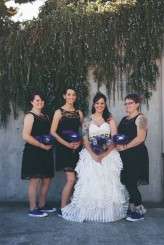 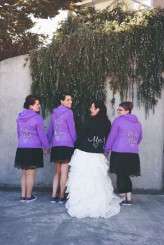 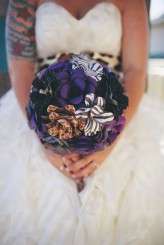 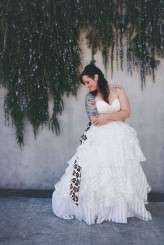 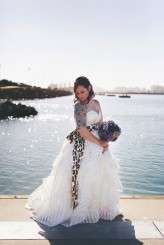 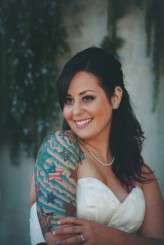 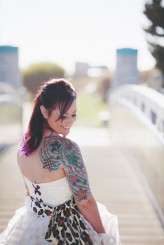 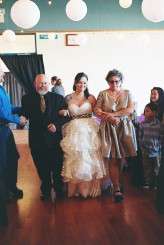 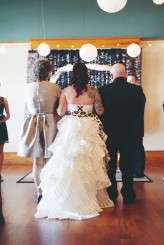 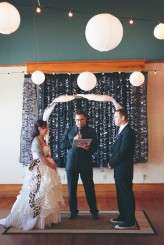 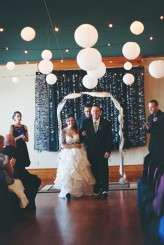 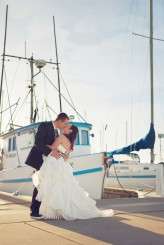 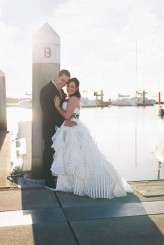 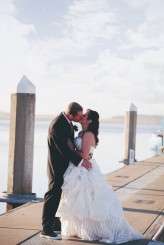 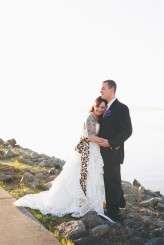 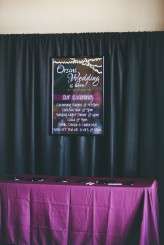 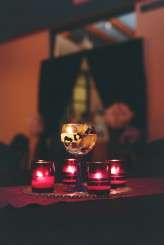 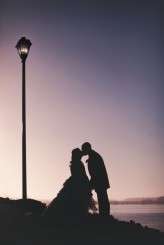 I knew I loved Ben & Joslyn's Washington wedding as soon as I saw it. Never wanting to do what was expected of them, this couple wanted a wedding that was both sexy and glamorous but with small hints of tradition. "My style has never been typical so from the beginning I knew I wanted to do something fun and off the wall but at the same time mix it with traditional elements", wrote Joslyn. "I absolutely NEVER wear white so to me it was kind of fun and rebellious to wear a fancy white gown. Also I did not want my bridesmaids to look boring and from the beginning I had a vision of them in sexy leopard print dresses and hot pink heels. My girls were pure glam and total bombshells! I would say our wedding theme was glam rock meets traditional. I definitely made a point of having our style shine through. The overall theme though was fun, fun, fun!"