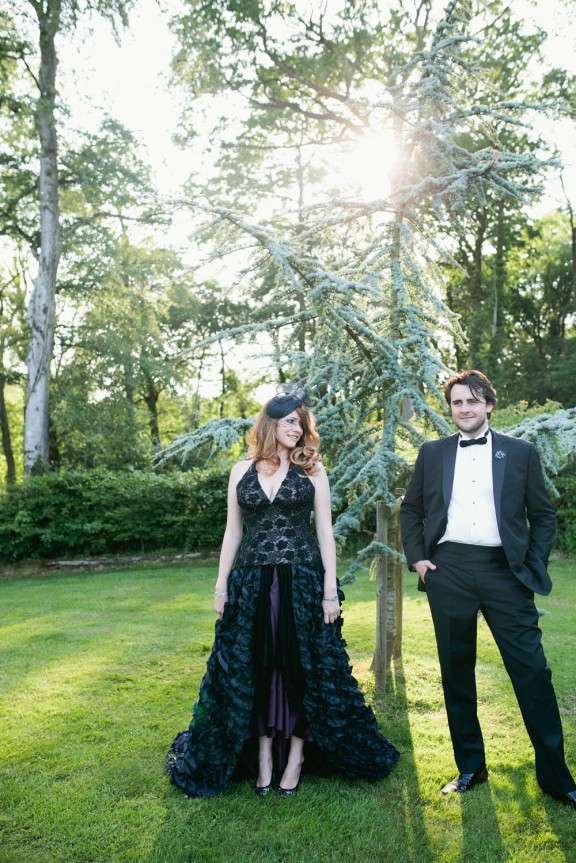 Sam and Hattie were married at the bride’s parents home, in a tipi set up in their extensive garden. But this wasn’t the usual laid back backyard affair. The wedding was strictly black tie and super duper glamorous. Their guests were invited to wear their most decadent outfits, the bride wore a stunning handmade black couture gown, and her bridesmaid’s were in incredibly sparkly custom made dresses.

“I work in fashion and film and Sam works in advertising so we have a pretty eclectic and wonderful set of friends and family”, the bride began. “We wanted to make the most of this and knew that our lot would never pass up the opportunity to go all out glam. We made it clear from the beginning that this was not a ‘weddingy’ wedding, I even banned hats. We requested sparkly dresses for the ladies and black tie for the men. I wanted it to be a little surreal, like stumbling upon an elegant city party in the middle of the countryside. As it was the longest day of the year the sun was setting later, which we took advantage of by having an evening ceremony, this way nature complimented the fashion and the fashion complimented event.” 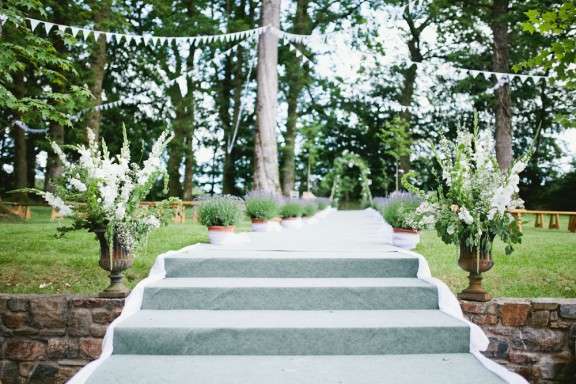 “I suppose one of the biggest factors in making our wedding unique was my black wedding dress. It had a corset top and then three skirts that each attached to one another, allowing me to take each layer off as the night progressed…the Russian doll of wedding dresses! I did splash the cash on my wedding dress… because it had to be done. I ended up with a haute couture gown that can be worn again that suited my personality to the ground.” 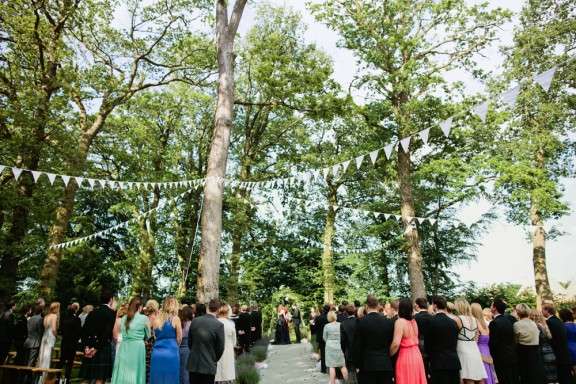 “After the ceremony we had canapés outside the tent, where we had giant bean-bags and benches everywhere”, she continued. “People were encouraged to lounge around and make themselves at home. For the dinner and speeches, I made sure that friends were sitting with friends, as to relax everyone and increase the laughter. After supper we lit beautiful handcrafted fire-pits for people to sit around, there were giant Canadian Candles in the distance and as a surprise to us an incredible display of fireworks as it went dark.” 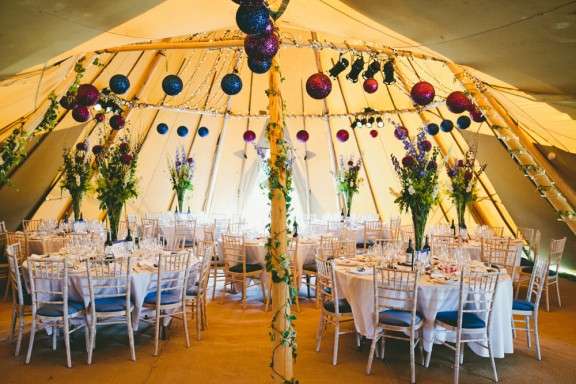 “We partied until the afternoon the next day, only stopping for the hog roast at midnight and breakfast in the morning as the sun rose. There was a bell tent village we created so people could stay on site if they liked, this actually led to people waking up in the morning and re-joining the party. The sense of love and happiness was mesmerising.” 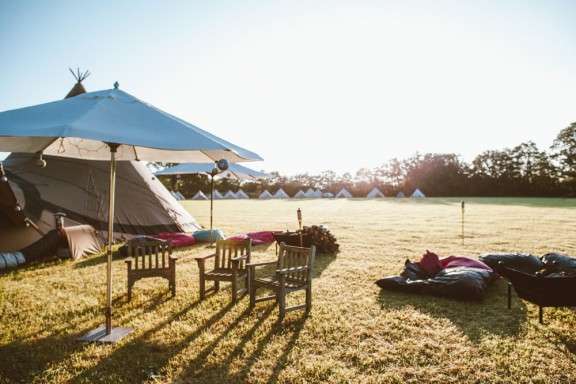 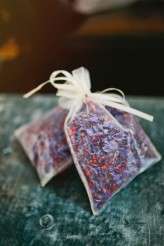 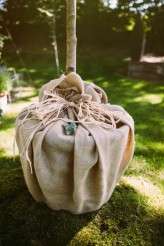 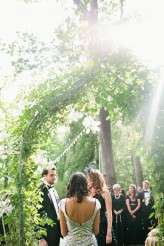 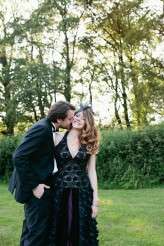 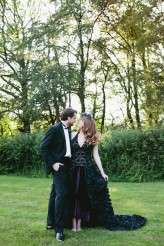 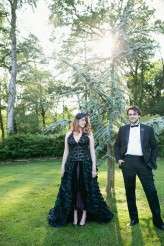 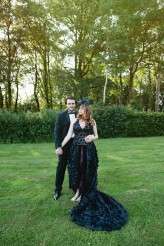 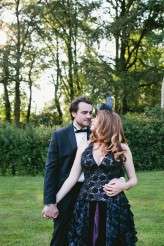 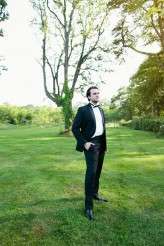 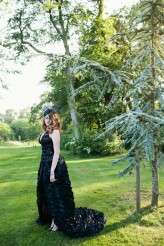 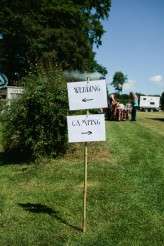 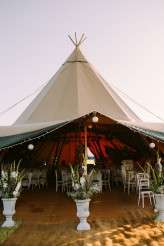 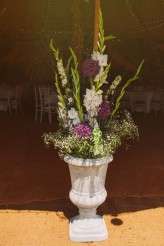 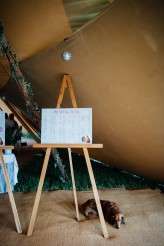 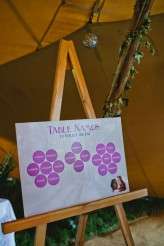 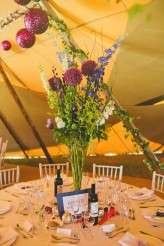 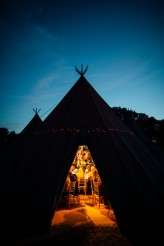 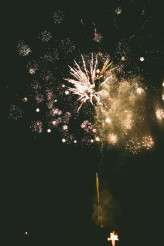