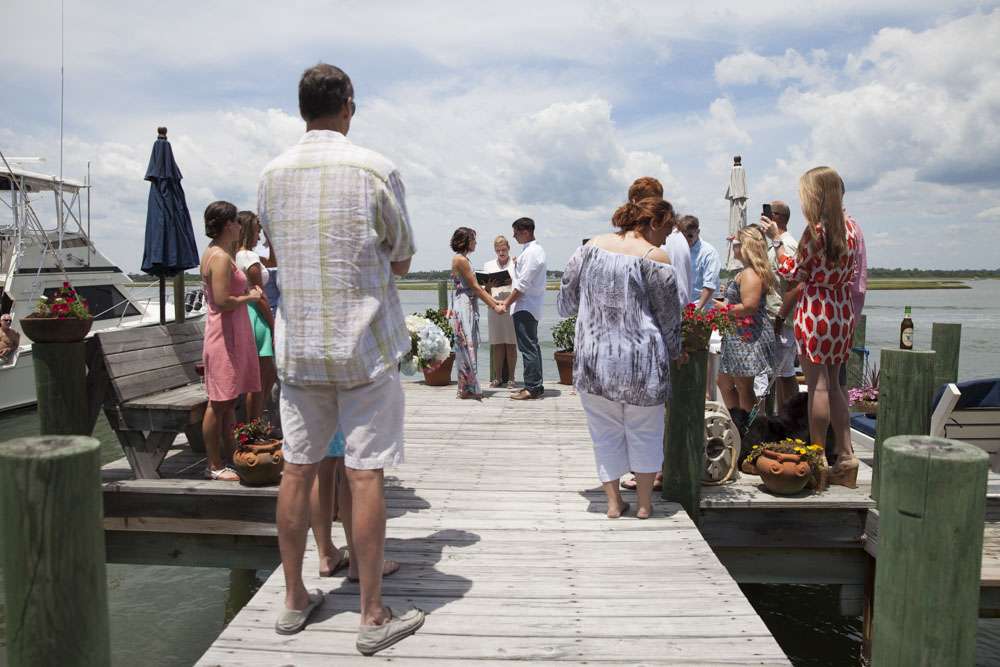 Rick and Catie had a shotgun wedding. After being together for five years they decided it was time one Wednesday night… and they were married on their friend’s waterside dock that Sunday! They spent just $600 to get hitched with the photography, catering and cake all being gifts from very generous friends. 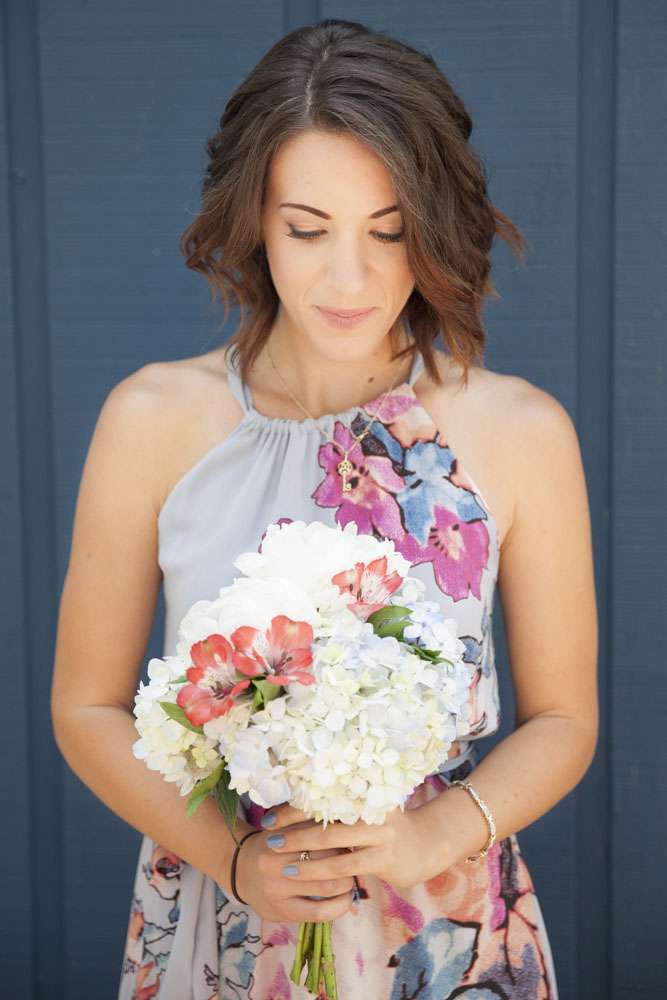 Catie wore a dress from Anthropologie with Target shoes. Rick’s outfit came from J Crew and Banana Republic. They were determined not to spend a fortune. “After five years together we decided to get married on a Wednesday night and held the ceremony and party that Sunday,” began the bride. I had never dreamed of a big white wedding. After being a bridesmaid four times the thought of doing that to others was less than ideal. My dress was far from white and I actually picked it out sight unseen while looking for something to wear to a friend’s wedding. I called and purchased it over the phone thank goodness one of my 20 guests lived in Raleigh and snagged it on her move back to the island Friday. It fit like a glove, didn’t need a single alteration. I think it’s funny that Rick wore white! His only stipulation was the he got to roll his sleeves so we could see his tattoos.” 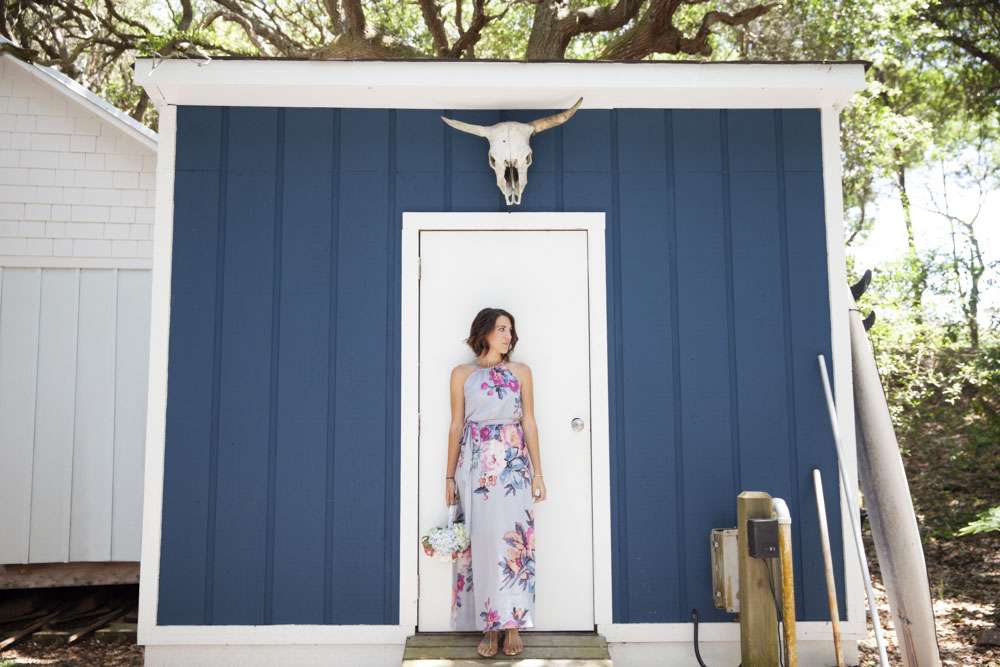 So why get engaged and married so fast? I asked her. “Honestly, I never thought I would get married at all”, she explained. “I just thought we would live happily ever after unmarried just like we had for the past five years! My boyfriend and I had been through some big life decisions in the past few months and I knew if we could make it through that and love each other more than we did the day before it was time to take the plunge. So, my brother was coming down to North Carolina for the first time in four years from New York and my best friend who had just made a move to the East Coast from California was going to spend a long holiday weekend. The time was just right and we went with it!” 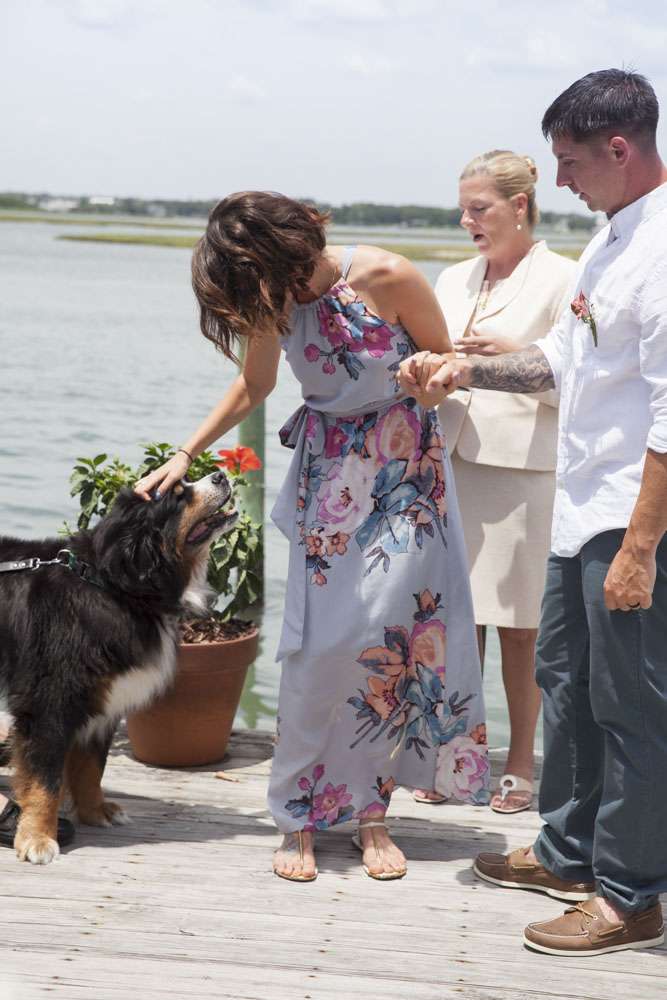 “The best part our day was having our dogs present. I don’t think it would have been nearly as special with out the two pooches. I now treasure my pictures with our big man Timber as he passed a month after the wedding. He did his job and could then pass peacefully. The ceremony was only 12 minutes long and held at the end of a dock where other boaters and jet skis were flying by. The neighbors DJed from their boat while they sat around in their swim trunks drinking beers. After everyone snacked and enjoyed themselves we all changed into swimsuits and enjoyed some swimming, paddle boarding, and boating. Not your conventional wedding reception I guess!”

“I loved how small our wedding was. Because of the short notice our family from New York and Florida couldn’t make it, especially on a holiday weekend. So our Topsail Island family came through with flying colors. I always joke that we live on the island of misfit toys. Twenty people attended and each one of them attending meant something really special to Me and Rick.” 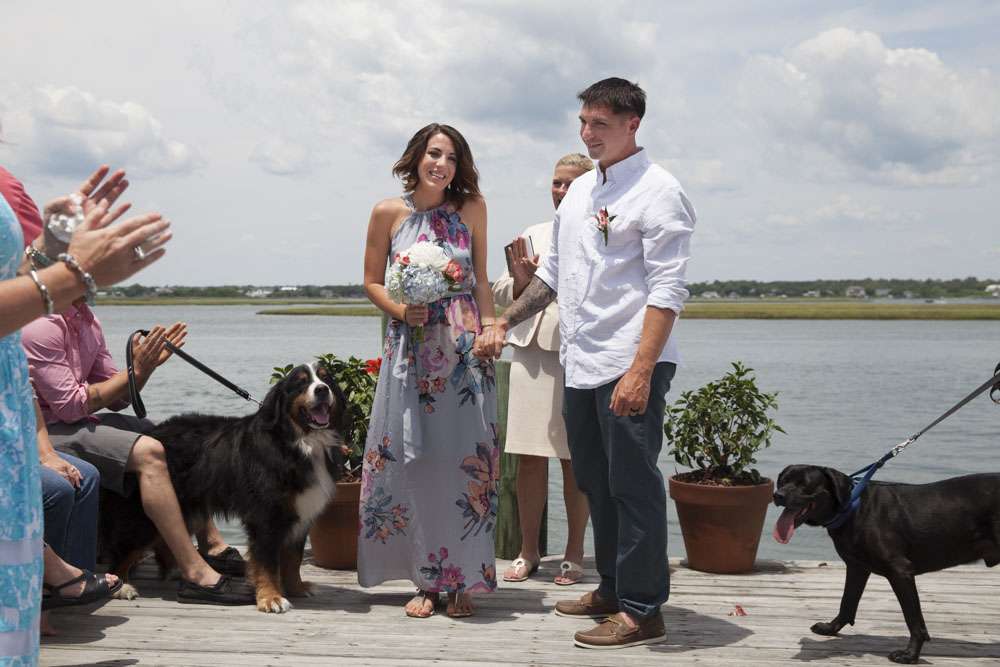 “Our only big expense was our clothes and my dress was on sale! We saved money on everything else! It really is all about who you know. I didn’t think we would have had a cake or anything because I wanted this to be a low maintenance as humanly possible but my friends wouldn’t allow that! Our dear friends own the town bakery, my friend Sharon who hosted the event, made sure food was taken care of. I used to work at the best restaurant on the island whose bartender, Kate, attended. She mixed up the most delicious homemade Sangria, Bloody Marys, and mimosas. I wouldn’t say it was pot luck but I made a strict no gift policy. Everyone’s gift was their presence and they made my wedding fabulous.” 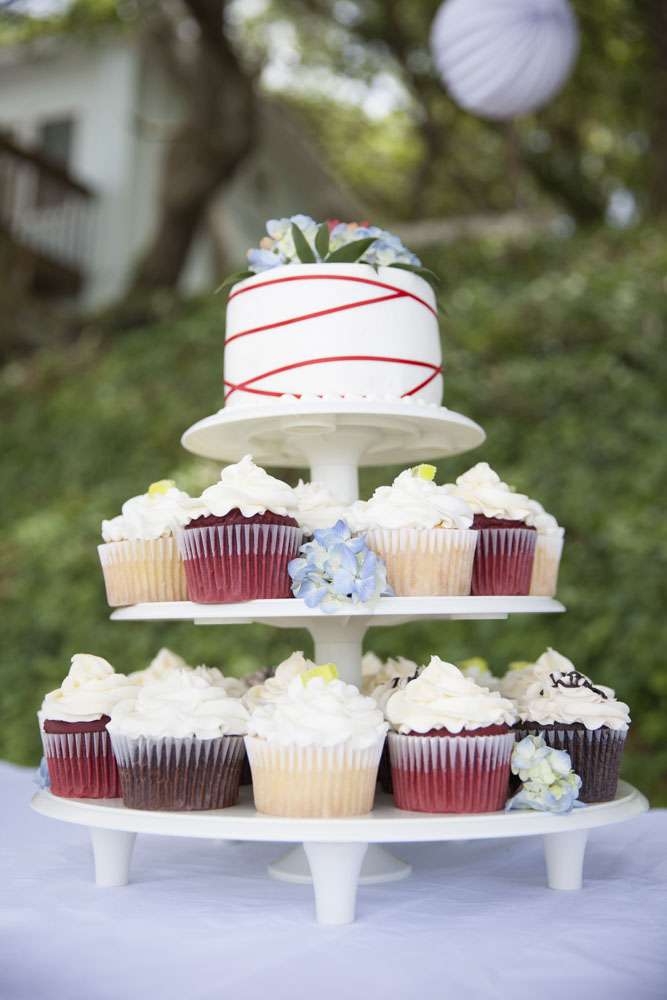 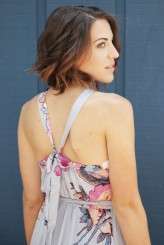 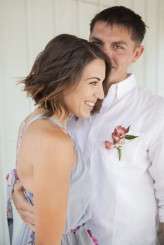 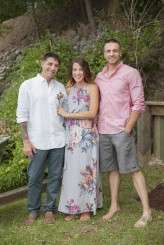 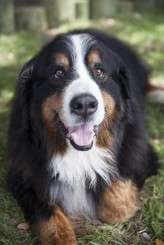 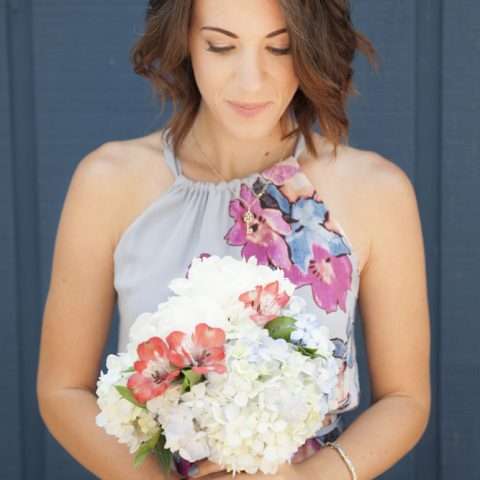 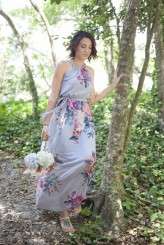 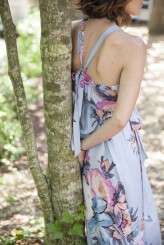 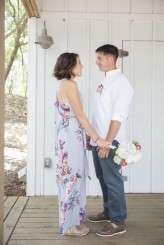 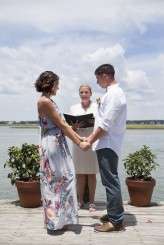 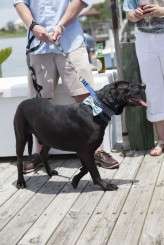 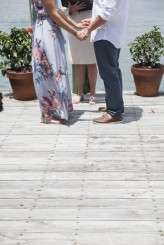 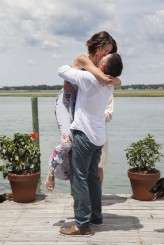 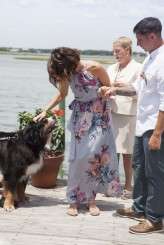 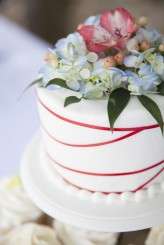 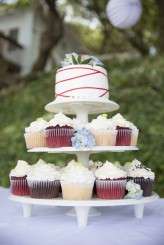 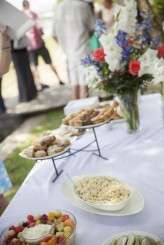