When I was in San Francisco last month, one of the most delicious meals we had was at Foreign Cinema. A super cool restaurant and bar in an old cinema building (pro tip: get the truffle popcorn – so good!), they also play silent foreign film during dinner. The vibe is laid back but super cool. Unsurprisingly, it also makes an awesome wedding venue, and I am super excited to share Stephanie and Jim’s big day with you today!

But before we crack on, can we all please stop for one minute and bask in the beauty that is Stephanie’s Monique Lhuillier dress? I mean, goodness! 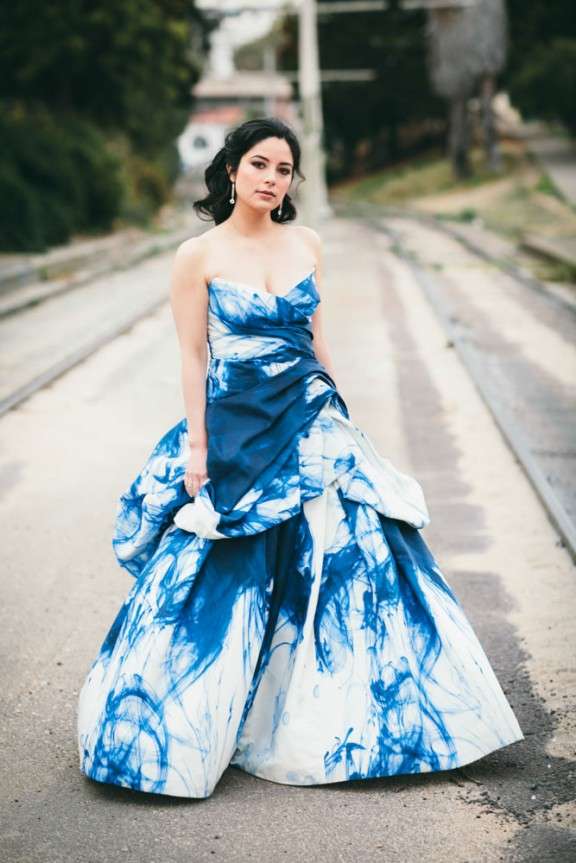 This couple love movies and video games, and so that’s where they went for their wedding styling. “I don’t know if it was a theme but we sure had a lot of Mario stuff”, Stephanie explained. “We’re 80s kids raised on Nintendo, so our seating chart and table names were all from the classic Super Mario World map. We got a bunch of Mario toys and spread them all around the tables, and of course there was the insanely awesome cake. It was so detailed, it even had a Rainbow Road from Mario Kart!”

“We had a couple of arcade machines brought in for people to play. We did do a first dance but much more important was the first game of Street Fighter 2 as a married couple. I won!” 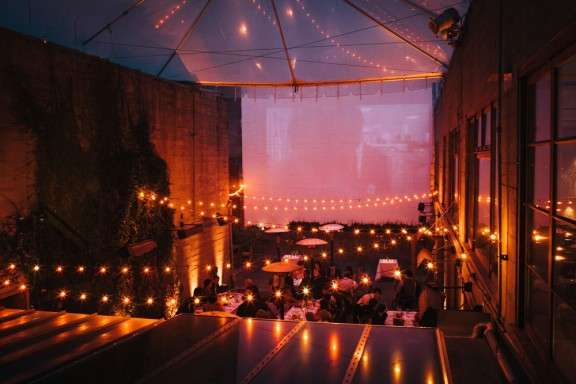 “Foreign Cinema has movie projectors in the courtyard where we had dinner and the gallery where we did the partying, so we got to have some movies playing through the night too. We chose Point Break, Fight Club, and Wayne’s World. The platonic romance between Keanu Reeves and Patrick Swayze in Point Break is surely one of the greatest love stories in cinema history!” 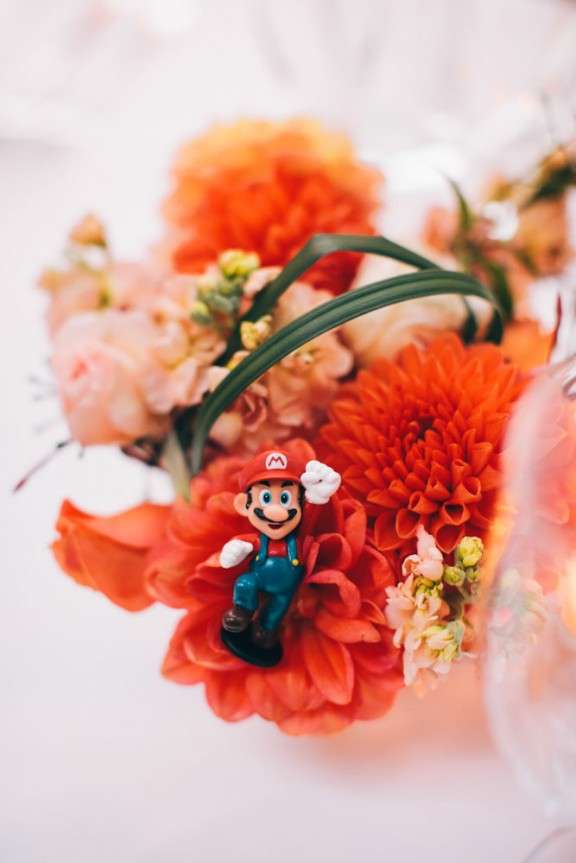 “We loved everything about our wedding but the ceremony was great”, she concluded, “we kept it super short, our friend who officiated was hilarious, and we exited to a loud playing of “How Many More Times” by Led Zeppelin. Then we threw one hell of a party. Our biggest expenses was drinks! We had friends coming in to San Francisco from all over the world and they deserved a very open bar once they got there.” 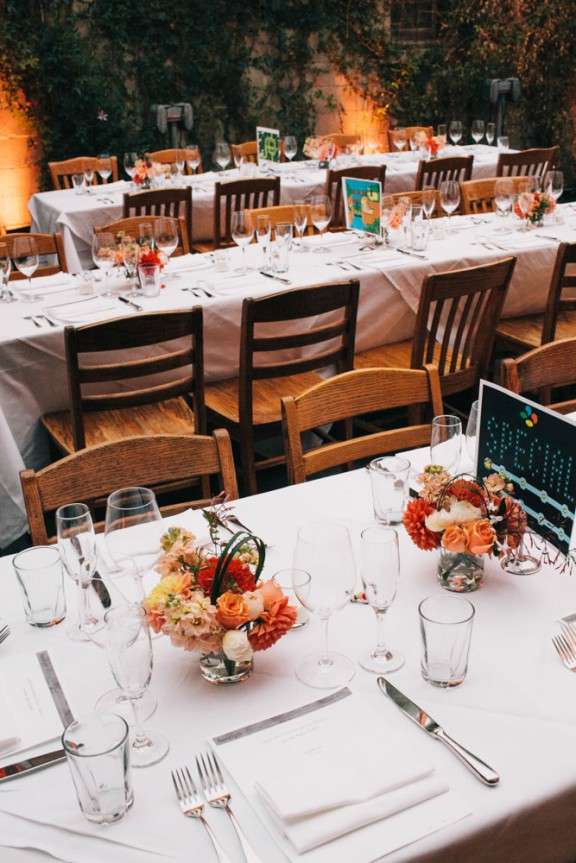 “However we actually saved money with our choice of venue. Foreign Cinema is such a perfect, ready-made venue for what we wanted and their staff are so good at what they do to do that we hardly had to worry at all about decorating the place or dealing with the little details.” 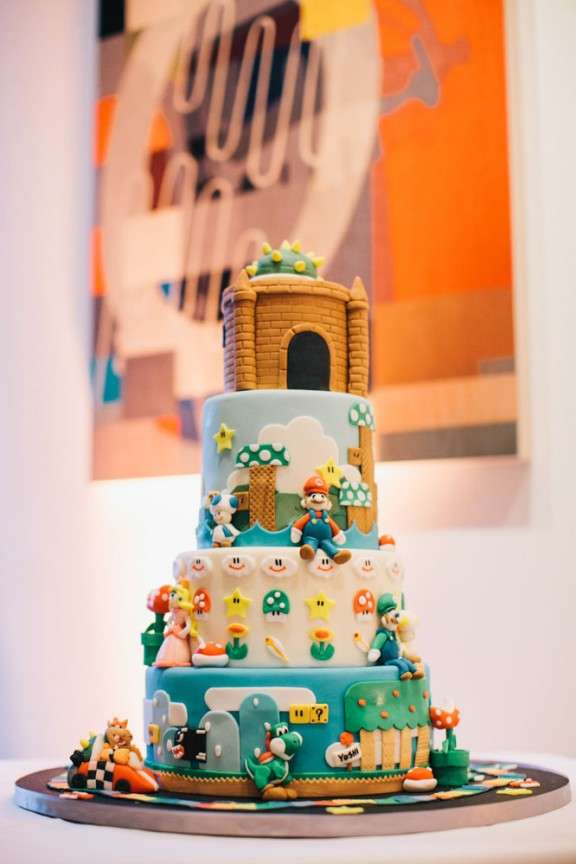 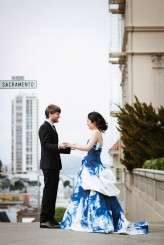 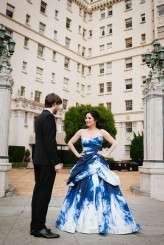 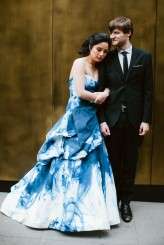 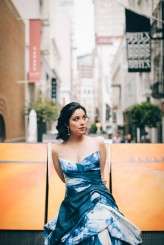 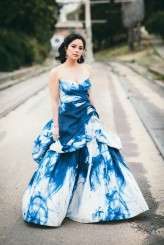 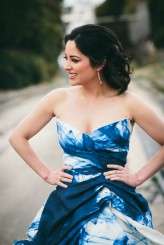 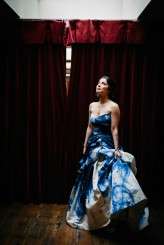 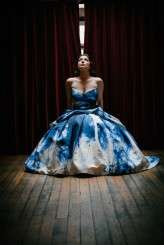 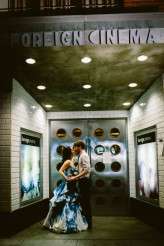 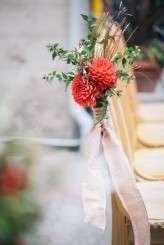 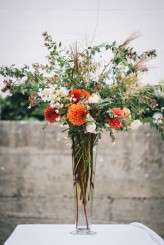 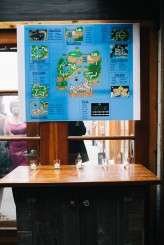 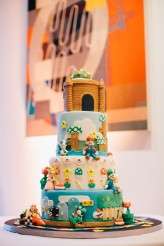 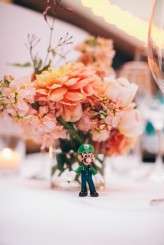 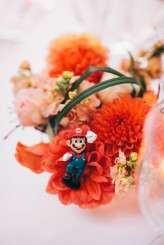 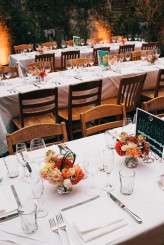 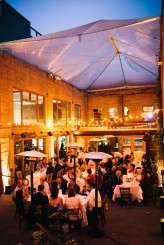